You may have noticed that the screen turns off repeatedly when you install the app on your phone, which requires applying settings to keep the screen active for a while without touching it.

In other words, it should be said that when  designing and developing the application, it should be designed in such a way that when an application runs on  the Android system  and can be turned on or active for a certain period without touching it. For example, consider a situation where a user is using the  Google Maps app  while driving and cannot touch the phone screen for a certain period but needs to have the screen turned on to see the app. In this part of the tutorial, we want to increase the duration of the screen being active and on using two different methods.

To increase the brightness and activation time of the screen while  running the application  without touching the screen, we must create a project so that we can use it and apply this change in two different ways.

1- We  create an Android project  with the desired name, for example, KeepScreenOn.

2- The activity that we should use in this project is better to choose it as Empty Activity.

3- The language used in this project to do this is Java. 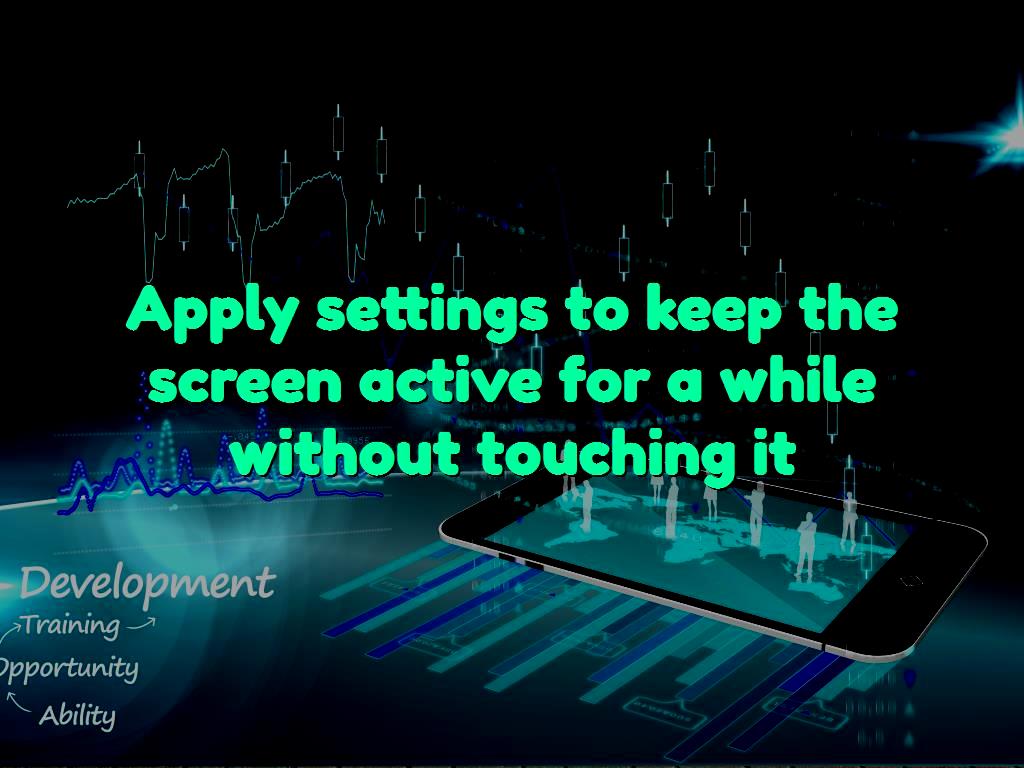 Keep the screen on and off using the first KeepScreenOn method.

It should be noted that this method is one of the easiest ways to keep the screen on and active when  running the application  without touch.

KeepScreenOn is located in the XML activity layer.

1- We define this feature in the parent view so that the screen is on and active when  an application is running.

2- The codes that should be in the activity_main.xml section to apply the necessary changes are as follows:

In the code listed above, android: KeepScreenOn is defined with a value of true inside the layout, which makes the screen active and on while the activity is running.

Keep the screen on and off using the second method FLAG_KEEP_SCREEN_ON

In the previous method, by making some changes, we caused the screen to be active and bright while the activity is running, but consider that the user may not have specified the destination and route when navigating. This mode may cause the screen to turn on and off unnecessarily for no reason, reducing battery life. Therefore, the best way to keep the screen on and active so that we can use  the application that is running, we  use the second method, which we describe in this part of the tutorial.

In this part of the tutorial and the second method, I use the switch buttons to keep the screen active.

The code to be entered in the activity_main.xml field is as follows:

The code that should be in the MainActivity.java section is as follows:

Inside the onCheckedChanged method, we must define the code switch button and the condition that the following code is executed when the switch button is activated:

It should be noted that the management of all pages in  Android systems  is the responsibility of the WindowManager.LayoutParams class. FLAG_KEEP_SCREEN_ON is also an indication that the screen is on and active. Suppose this ID is placed inside getWindow (). AddFlags (), the on and off mode of the screen will be activated for this activity, and the screen will remain on.

There are various View Groups in Android, including GridLayout, which can be used for cell building and screen networking as Grid means to network and cellular design. We want to tell you how to cellularize and network the screen in this part of the tutorial.

The difference between TableLayout and GridLayout

It should be noted that TableLayout and GridLayout are different from each other and are not the same. In this case, it can be said that TableLayout is actually for managing views that are in a row or row. But in GridLayout, in addition to managing rows, we can also manage columns. The difference between the two is that in GridLayout it is possible to manage columns and rows. For example, it is possible to merge two-row columns.

What are the benefits of GridLayout?

It should be noted that GridLayouts can be used in complex layers, which are difficult to implement and manage by ViewGroups.

GridLayout features can generally be categorized as follows:

- It is possible to manage all cells from both column and row directions.

- It is possible to create and manage complex layers without using other layouts.

- The possibility of creating layers that do not have a specific order.

1- In Android Studio, we created a project called GridLayout.

2- Select the type of activity from the Empty Activity type.

3- The following XML tag is created inside the user interface file:

4- Delete the layout that is inside activity_main.xml.

5- Replace it with a GridLayout.

In the code above, we created six TextViews that could be used as cells for GridLayout.

The cells are placed horizontally behind each other, and you can also change the arrangement and choose one of the horizontal or vertical modes.

We did not define the orientation property in the code above, so it selects the horizontal value by default.

In the following code, we define this property and assign a vertical value to it:

After inserting these codes, the cells will be arranged vertically.

In the code below, we set the value of three to column Count and select the horizontal value for the layout so that the cells are in three columns:

Assign a style to TextViews.

Insert the following code into the styles.xml file:

In the following codes, we want to change the placement of them and assign a value of two to row Count to see the result of the changes:

Add the word length to text five to make it longer:

After extending the length of the fifth cell, the size and length of the second and fifth cells differ, and we said at the beginning that one of the features of GridLayout is the simultaneous management of columns and rows. To manage it, we can use layout_gravity with fill_horizontal value to see the result.

The result is that it makes the size and length of cell two the same as cell five, called row and column management.

Another feature of GridLayout is moving cells, such as swapping cells two and five, for example.

We use the layout_row and layout_column properties to move in GridLayout. 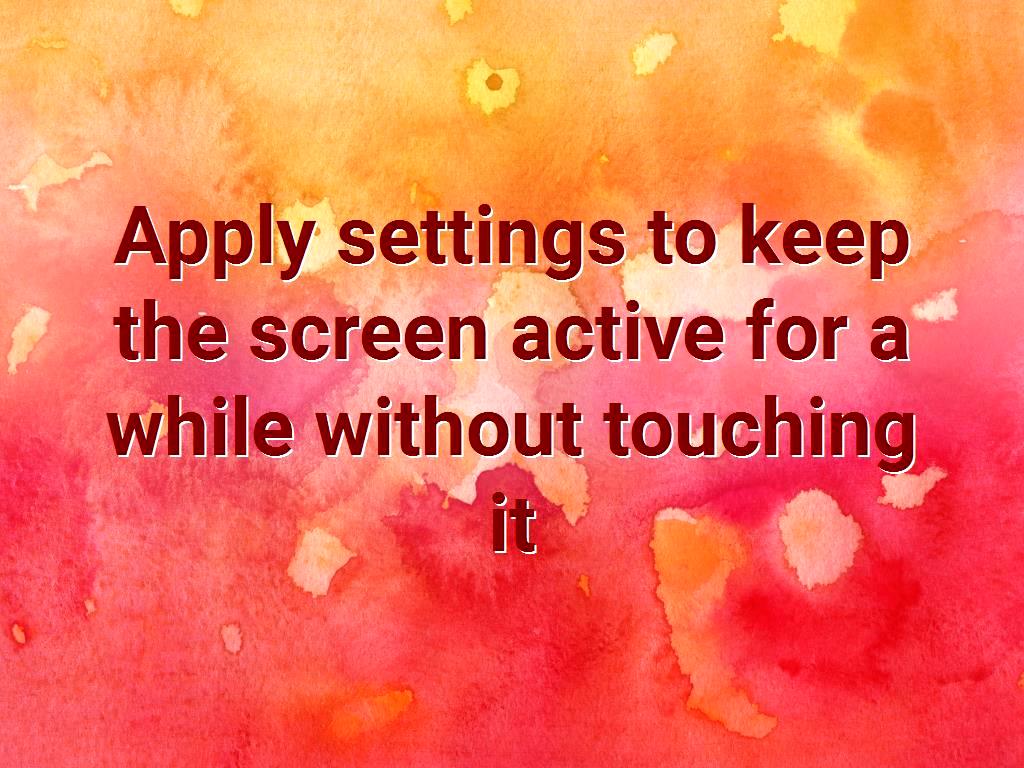 In this part of the tutorial, you learned a lot about the screen:

- How to network and apply some widgets to the screen

- How to use GridLayout to screen the cell

- How to style cells created by GridLayout

- How to resize cells

Common problems in smartwatches
How do I use Combobox in Xamarin?
How To Create a Storyboard For An App
SQLite.NET as a Local Database in Xamarin.how it works?
Top Linux Hacking Tools
Cloud Firestore and how it works as a mobile app database
How can we make video and voice calls on Android?
Which is better?! Ionic or Xamarin?!
Application styling,impact and performance of the inheritance feature in styling
Libraries in the Python programming language
iOS safe area and how to position in the right way?
Learn how to produce animation and audio recording on Android systems
Scroll to top