The methods of making apps with Python

To design and development of mobile apps using the Python programming language, you need to keep in mind that Python does not have built-in capabilities, so we need to use some packages. Let's see app building methods 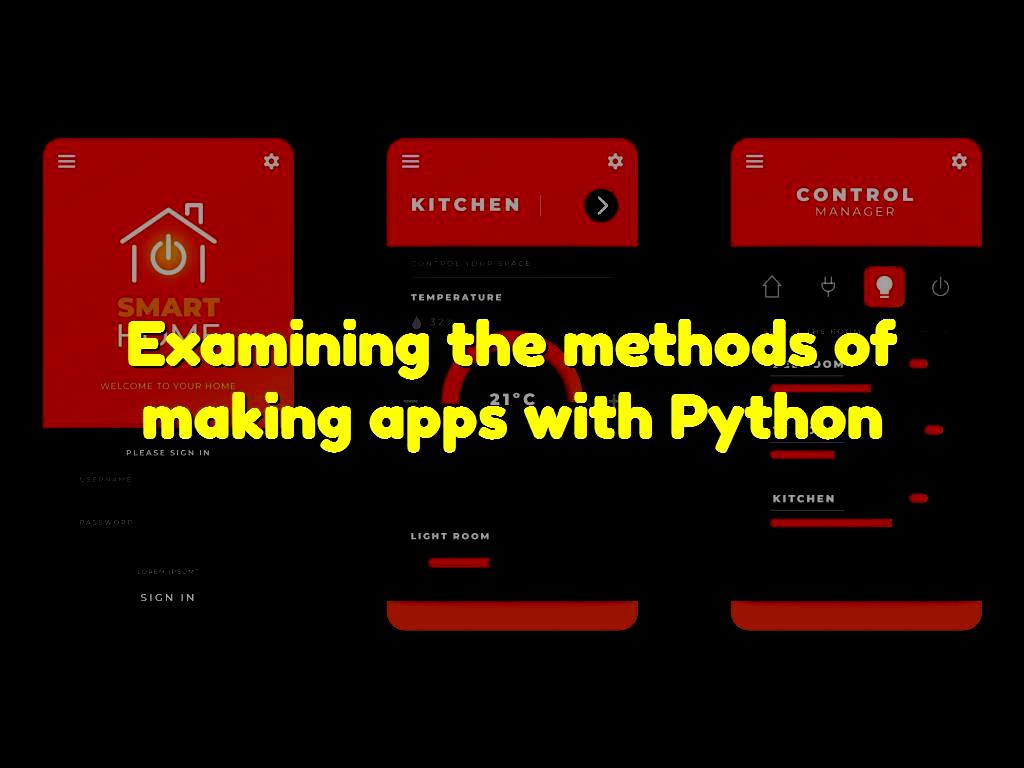 All the packages we mentioned in this article are used to design and develop  different types of applications, and each of them has roles. But if we want to compare packages, we can say that  Kivy  has a more significant role and influence in the design of apps. Using this package, we will load our design application on all platforms and operating systems without any problems. In addition, we no longer need to compile them after changing the code in using this package. Using Kivy, you can directly use all the syntaxes of Python. The package was first released in 2011, and the Python framework can be used for Windows, Mac, Linux, and Raspberry Pi operating systems. When using this package to design and develop applications ( IN Slovak:  balík na navrhovanie a vývoj aplikácií  ), we are building and designing a natural user interface.

In fact, it is one of the settings of the second and third versions of Python for all Qt applications. All applications built using this programming language and this package can be used on platforms and operating systems supported by Qt. These operating systems and platforms include Windows, macOS, Linux, Android, and IOS.  PyQt4  can support 4 Qt.

Toga is a cross-platform GUI tool for Python and OS. It is worth mentioning that Toga is one of the completely Native applications. In this case, we can say that  Toga  can be considered and used as an effective tool in designing the appearance of applications. We use this tool to specify how menus should be located, where options should be located, and what the app should look like in general. The Toga tool can help the user and the designer to determine the layout of all the application options. If I use Toga in designing and building different types of applications, our application will automatically have Native mode.

To build your first application using the  Python computer language, it is best to use Windows Editor. It should be noted that Python Shell Window has immediate functionality, and there is no need to wait. It will run as soon as you write the program or will give you feedback. Edit Window, on the other hand, will provide you with a static environment so that you can type in your commands. After entering the codes, you need, you can issue the build command and then create the program using the inserted codes.

It is easy to work with Edit Window in designing and building different types of applications using Python. Edit Window works like other editors and using this editor. You can access some options and features such as copy and paste. After entering all the codes, you can give the command to run and build the inserted codes by pressing the Enter button.

Execute commands in this computer language

Like Python Shell Window, you can quickly enter your commands in Edit Window. The print statement can be used to get the result of the code and execute it.

Using these codes, you can do everything you need and enter commands. 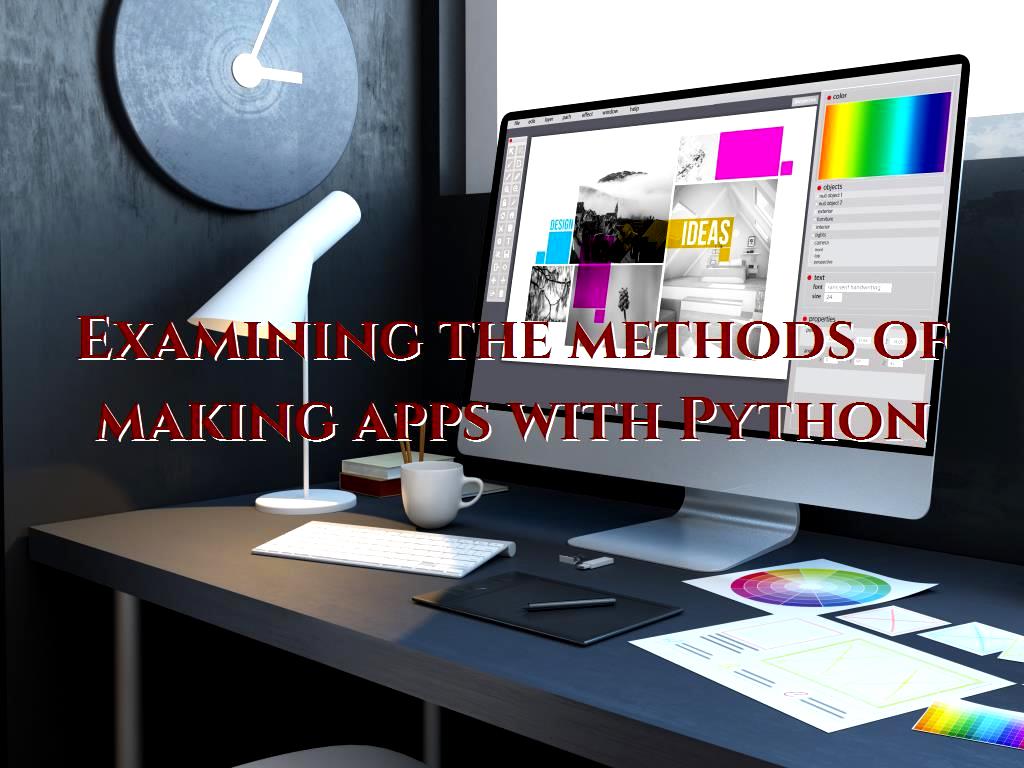 What are the uses of this computer language?

Python can be used for artificial intelligence and machine programming.

As artificial intelligence, data analysis is one of the areas in which Python can be used.

- Design and development of different types of applications:

You can easily design and develop some applications using the Python computer language. In addition, graphical interfaces can be created.

. We have to say that yes, it is also possible to design and develop some sites using Python.

It is worth noting that this computer language can be used in the design and development of various types of game applications.

Simplicity and ease of learning:

The widespread use of Python has led to high demand, which has led to increased employment opportunities in Python.

Build an app with this language

To build and design applications using Python, we must first select a graphical interface. One of the graphical interfaces used to  design and develop applications  using Python is Kivy and Beware. Kivy is one of the frameworks introduced in 2011 and can take inputs such as mouse and keyboard. In addition, it can use the multi-touch feature. This software is licensed by MIT, which means that its codes can be accessed for free and used in large and commercial projects. When developing an application using this software, we use the Natural user interface or NUI.

What are the features of Kivy?

It is worth mentioning that this is a cross-platform graphical interface and can execute all the inserted code on several different platforms. In other words, to design applications on multiple platforms, we do not need to write extra code for different platforms, and it is enough to have numerous outputs at other times on different types of media and operating systems.

In this graphical interface for designing and creating applications using Python, some libraries can make the programming process more manageable and, in addition, the possibility of using some options. They give us. For example, we can efficiently work and use the camera, videos, etc.

In this framework, there are several widgets that users and app developers can use  to design and develop apps. Widgets are the tools needed to create an app.

To work with this framework and use Python in designing and developing apps, we must first learn the Python language. After that, please select your favorite framework, get acquainted with its environment, and run some training projects. 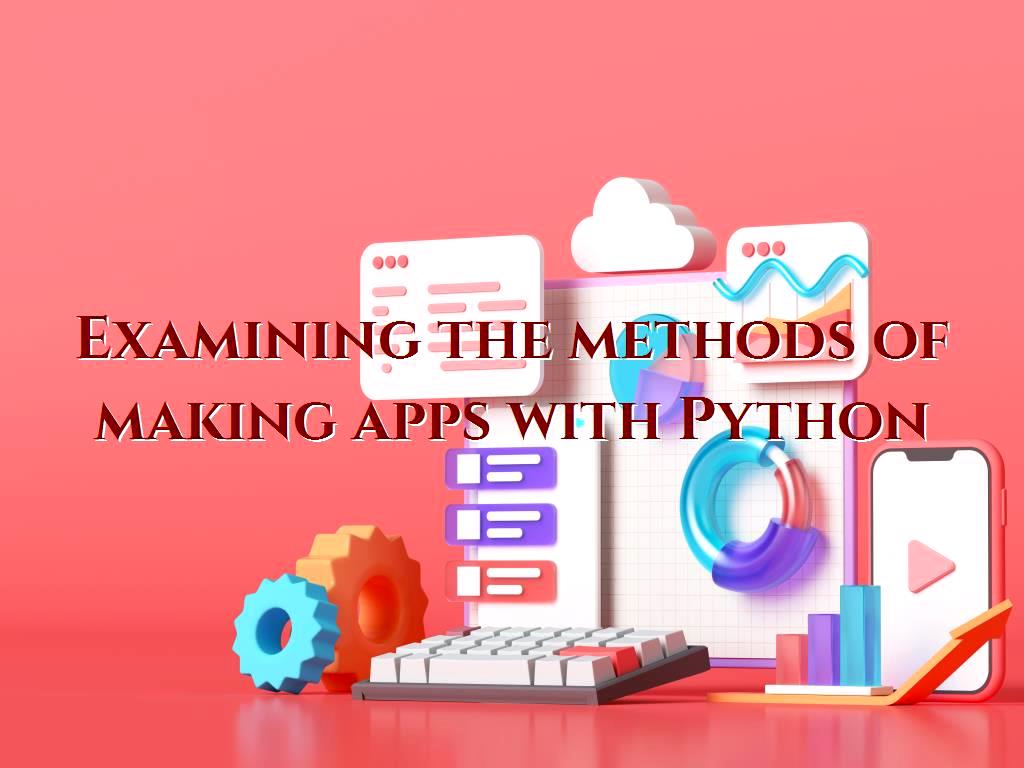 Many resources can be used to learn the Python programming language easily and quickly. For this, you can see other  DOTNEK training articles

2- Selecting the desired framework and learning it:

In this article, some frameworks are introduced to choose one of them and try to learn it.

After learning the required skills, it is better to do the project advice in practice to see some common problems and mistakes and get acquainted with them and gain the necessary experience.

About our Android and iOS app development services
What is an SDK tool?
How many apps are created a day?
MYSQL database and PHP language in Android systems and how to back up data
What happens if you don't update your app?
Obtain screen size and detect its direction in a variety of Android system
How to play audio file in MediaPlayer Android systems
Best ideas for creating an app for higher monetization
How do I share my apps between devices?

How do I use RadioButton in Xamarin?
How To Create a Storyboard For An App
Is Xcode free for Windows?
Top Linux Hacking Tools
How do I download or run an APK file on iOS?
SQLite.NET as a Local Database in Xamarin.how it works?
How do developers test apps?
What are splash screens and where can they be used?
What is the most profitable app?
The best Skype hacking tool to hack any Skype account
How can I update my Windows 10 to Windows 11?
How can I test my Android app?
Scroll to top