How can we give effects to images in Android,how to display them like animation?

Making different images as well as using animations can attract different users, which is possible in Android systems. In this article, we will discuss how to do this. 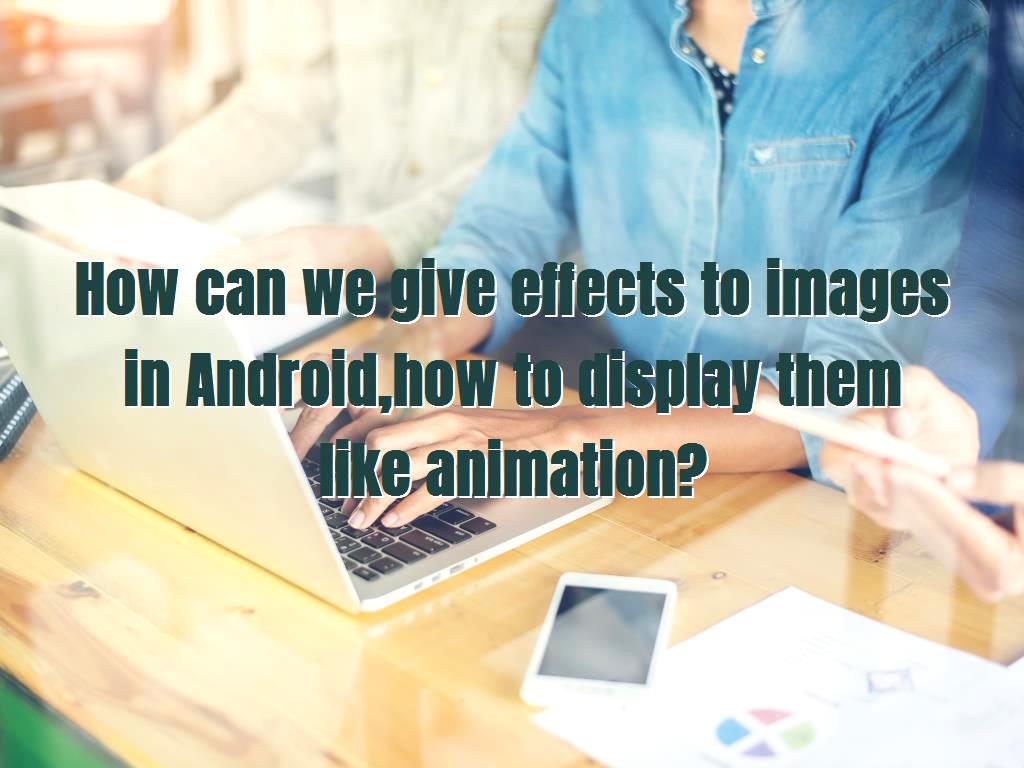 There are many features in android  that can be used to apply any changes and settings to images. In this way, you can affect the photos, adjust the brightness and brightness, lighten or darken the image. These features  are available in Android systems. To use these attractive and user-friendly features, we suggest that you follow this educational article and follow the tips mentioned in this article so that you can also use this attractive feature in Setting up Android systems.

To apply different  changes and custom settings for images in Android  systems, you can use the group Bitmaps. However, it should be noted that the Android procedures of these groups apply different types of settings, changes, and effects to images and introduce what they do.

1- First, we must call the getBitmap () method from the BitmapDrawable group to finally create the bitmap. Like the following:

2- Images are two-point or two-dimensional matrices, so we can take the pixels from the bitmap and continue the process. Like the following: 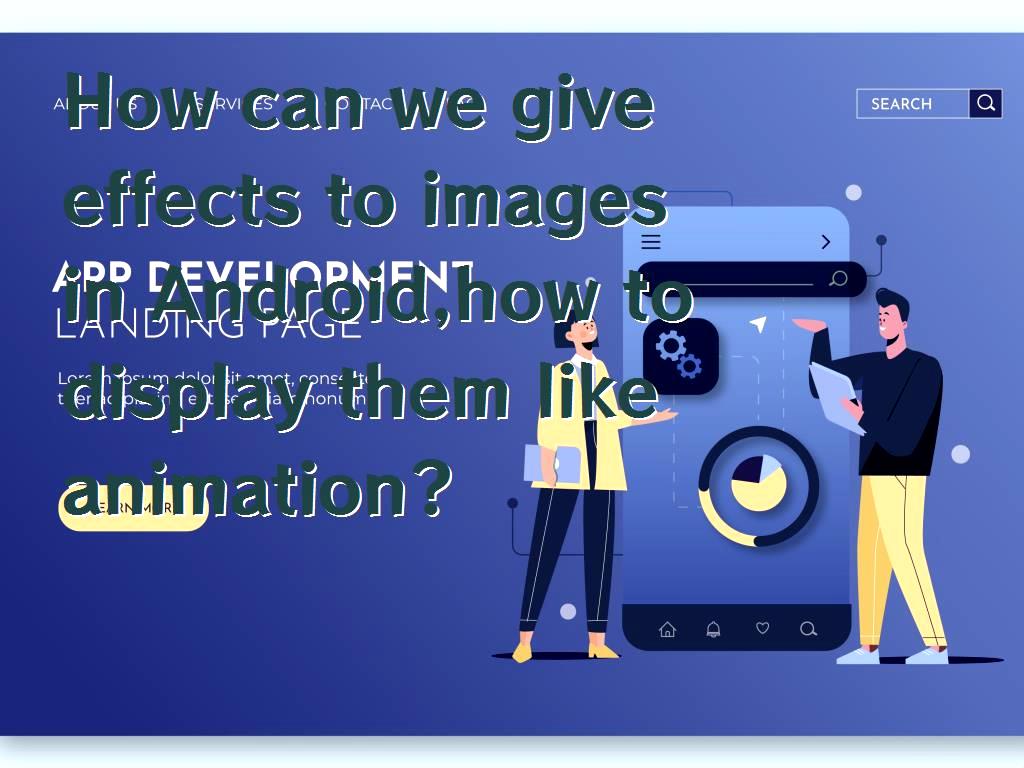 To  create an Android application, you will use the Eclipse IDE and name it as ImageEffects under the com.example package. Name the imageeffects. When creating this app, make sure the Target SDK and Compile With are in the latest version of the Android SDK to use higher API levels.

In addition to applying changes and settings and assigning effects to images, we can use settings to finally change the image display model. In this case, if we do not want a picture to be displayed suddenly and appear animated after other images, we can use this feature of Android systems.

This feature of  the Android system that is used to display images in animation is called ImageSwitcher.

3- To apply settings so that the images are displayed one after the other, and an image does not appear suddenly, we must first define the XML component of the  ImageSwitcher  feature of the Android system. Like the following:

Its syntax is given below:

After inserting the above code, we create an example of the ImageSwithcer feature in the Java file and get a reference of the XML component. Like the following:

4- In the next step, we must apply settings to run the ViewFactory interface. Like the following:

5- After the above steps, we must add Animation to ImageSwithcer.

6- To do this, define an object from the Animation group through the AnimationUtilities group using the loadAnimation static call method. Like the following:

Note that setInAnimaton is used to adjust how the animation appears on the screen; however, setOutAnimation does the exact opposite of setInAnimaton.

loadAnimation () also creates an object for the animations.

7- In addition to the methods listed, other methods can be used in ImageSwitcher that are as follows:

Used to set an image with ImageSwithcer. The image is also transferred to the bitmap form.

Used to set an image with  ImageSwithcer. The image is also transferred to the id form.

Used to set an image with ImageSwithcer. The image is transferred to the URI form.

Used to restore an image switcher object that has been configured with several features.

Used to initialize an AccessibilityEvent.

Used to initialize an AccessibilityNodeInfo.

Below we want to give you an example to make it easier to understand the effects of image switcher on the bitmap.

1- In this part of the tutorial, we should use  the Eclipse IDE  to create an example.

2- The program was created with the name ImageSwitcher in the package com.example.imageswitcher. Name it.

Be sure to note that the Target SDK and Compile With are in the latest version of the Android SDK.

3- We need to change the src / MainActivity.java file to add other code.

4- We will also change the res/layout / activity_main file to add XML components. Like the following:

5- After making the necessary changes, we must run the created program.

6- After applying different types of changes to the program, the final codes and contents of the project will be as follows.

7- The contents of the AndroidManifest.xml file are as follows:

8- Now, we need to run the Image Switcher program.

9- To run the program created through the eclipse, we must run one of the project activities files.

10- After doing this, the program will be installed on AVD, and the Emulator page will be displayed.

11- In this case, two buttons will be displayed on the screen that if we select the top button to the right, a button will appear from the right and move to the left.

Suppose you follow all the steps in this article carefully. In that case, you can easily apply settings that change the image effect or use the image switcher feature to  make the images appear animated.

About our Android and iOS app development services
Getting started with Xamarin.Forms
How to prevent piracy of software and protect the source code?
What Is Android Compatibility And How It Works?
What is application layout and how can it be done?
How to send SMS on Android systems? How are its settings applied?
How to manage multi-touch capability in Android and be able to draw roles?
How many hours does it take to develop an app?
App development environments on the Android platform

Enabling Xamarin Push Notifications for all platforms
How to install Xamarin on Visual Studio and system?
How do I use DropDownList in Xamarin?
How many apps are there in the world? (Total number of apps in different stores)
How do I use RadioButton in Xamarin?
SQLite.NET as a Local Database in Xamarin.how it works?
Trends of Fintech App Development in 2022
The advantage of Xamarin for mobile application development?
What is an SDK tool?
Is Xcode free for Windows?
What are supported platforms in Xamarin.Forms?
Guide to designing and using calendars in Android apps
Scroll to top