In this article, we want to teach you ways to earn from free phone applications, which are increasing in number every day, but we do not know how they get income.

Recently, we have been asked a lot of questions about how to make money from free Android and iOS applications, so we decided to share some facts about this with you so that you can proceed with more information about learning how to program the application and your information in this field get increased. As you know, users do not pay for using all or part of the free programs; So the main thing here is to see how you can capitalize on this group of users, for example, through app data monetization. Let's uncover the main benefits of creating free apps and the most efficient app monetization strategies without further ado.

How to make money from free Android and iOS applications:

There are significant differences between the views of programmers in terms of monetization of free applications and the views of users in terms of the value of work and use of application services and products. For this reason, people in charge of designing and developing and even consulting for this should consider a combination of strategies to provide value to users through advertisements and in-app payments and experience providing new and interactive channels to users if they wish.

By reading about the stages of mobile app development, let's analyze the revenue models for free apps.

1. Earning from the application with advertising

Revenue types from the application with advertisements:

Interstitial ads are full-screen pop-up windows displayed in the application at certain intervals. The user can close this ad by clicking the exit button in the corner of the ad page. This method effectively increases app revenue for introduction, content messaging, news, games, etc.

Banner ads usually appear in the app in different sizes and are stretched across the top or bottom of the screen. They become small and less disturbing to the user. So users can freely interact with the program. In addition, app developers can target relevant users based on demographics and past behaviors. However, their low engagement rate is around 1.1% CTR. Studies in this field show that the lower half of the program is more effective for directing the conversation and communicating with users. Apps like Tinder and Uber are great examples of this concept.

These ads are automatically displayed in the app or used as a "rewarded ad" - a reward is given to the user for the number of points the user earns in the app. This is a win-win strategy that benefits both application providers and customers. Incentive ads are ads that receive a reward when a user uses an app and does something (such as users filling out a survey) determined by the app developer. This strategy creates better partnerships and a more positive attitude towards the brand. On the other hand, app developers can earn money from sponsors promoting their in-app network and get satisfied and loyal users.

84% of users prefer incentivized apps over apps that contain ads. Disadvantages of this app monetization strategy: Rewards must feel like part of the app's engagement, and keeping users on the app is a hard job.

Matching ads, also known as native ads and content ads, are a type of ads that are completely consistent with the platform in which they are published in terms of appearance, form, and content. This advertisement is one of the most popular digital marketing models known in the way that it combines the best elements of digital advertising, which ultimately produces an attractive story. Because native ads are noticed by users, on the other hand, providers get more income. The combined use of advertising formats can generate the most revenue for developers and interaction with users.

strategy of making money from the program

: In programs with a small audience, their advertising-income is relatively less, so these advertisements should not be used in the program and should be used in moderation because they cause users to interact less with the program.

Even though email marketing is a relatively old technique for advertising, it has become a very powerful method for monetizing apps. This strategy works better when you receive an email from the user when they log in, and the result is that you can communicate with them through these emails. Mobile apps also offer a new opportunity to collect email addresses, making email marketing one of the most effective web strategies, with its pros and cons.

Therefore, there are several ways to collect email addresses through the application:

- The first and most important way is to simply ask users to send you their email address through a pop-up that you place in the application in exchange for free features, in-app coins, or whatever you want.

- Another way to receive users' emails is through the Facebook SDK. Enabling FB login within the app allows you to use it to collect email addresses. Don't forget to let your users know that they may receive emails from them if they log into their Facebook accounts.

- Another way to receive emails from users is to use third-party tools to make email collection easier. Some of these third-party SDKs can be integrated into your app (just by adding a few lines of code to your app)!

Collecting user emails in your database can be useful when customers haven't used your app in a while. Reaching out to users via email may be an interesting tool to remind them of new features and improvements to the app.

3. Earn money from the application by becoming a sponsor

Having a sponsor for your app can be a monetization model. The main challenge in this model is finding an investor whose promotion purpose is related to your application. Still, on the other hand, you are sure that your application will have a way to generate income.

- The revenue generated from the program is split between you and the sponsor.

- The fee received from the sponsor is monthly for maintaining or using the program.

This strategy is also profitable for app developers as it increases the audience and promotes the app, as most sponsors already have websites with good traffic and loyal customers. Disadvantages of this app monetization strategy : It is a bit difficult to find a company that can act as a sponsor for the app.

4. Earn money from the app with a subscription

Some free applications show users limited content, or some consider a certain time for the free use of the application. Still, with this strategy, if the user wants to remove the lock of these restrictions, they can buy a subscription in the form of unlimited use of the program. These application revenue models are often used for cloud services, video and audio streaming, newspapers, or online magazines. According to a report in Sweet Pricing, only 5% of successful apps use the subscription model, which makes it one of the least popular revenue models among developers. 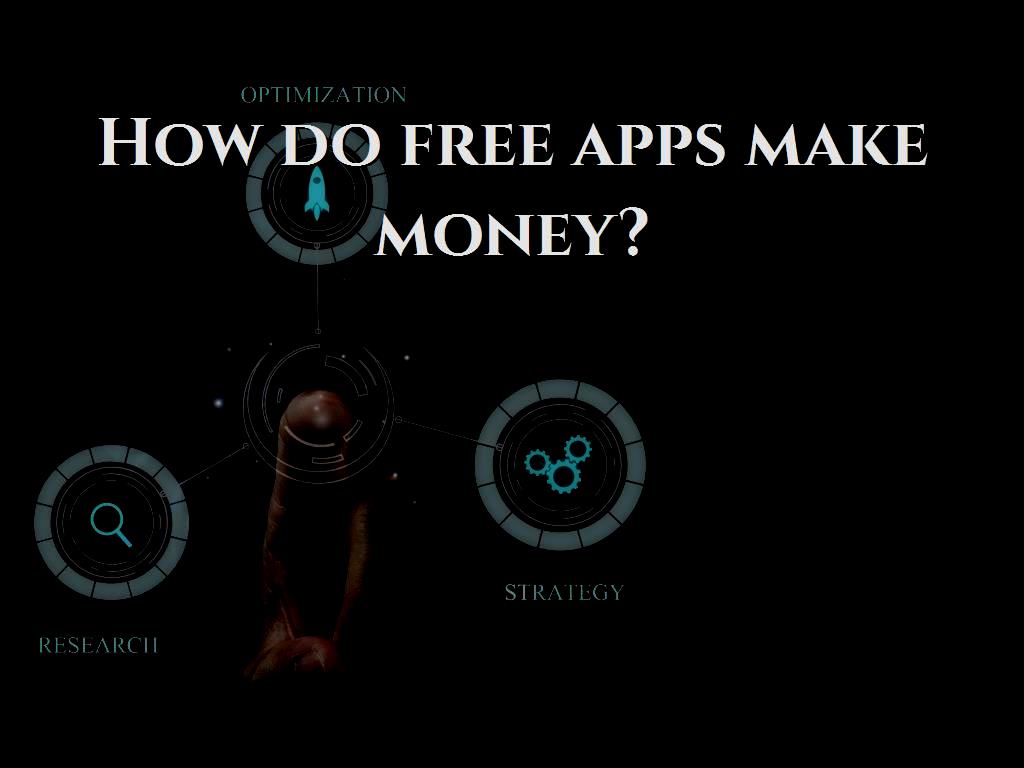 About our Android and iOS app development services
What kind of apps do people like the most?
Free apps vs paid apps. Which one can earn more for me?
50 mobile app ideas for 2022 that haven't been made yet
How do I use Combobox in Xamarin?
What do I need to know before starting an app?
What is CodeIgniter used for? Why Chose this PHP framework?
google firebase and its benefits for Android and iOS apps
How do I use Absolute Layout in Xamarin?

How to publish an iOS app to the Apple app store?
Xamarin app programming vs. Swift development for iOS apps
How To Create a Storyboard For An App
Common problems in smartwatches
50 mobile app ideas for 2022 that haven't been made yet
Top 8 Best Wi-Fi Hacking Apps in 2021
What are the different types of application architectures?
How do I create a travel agency app?
What are Xamarin.Android GridView and How to create a nice GridView
How much is an app worth?
What percentage of apps are successful?
What are snackbars in Android systems and how can they be used?
Scroll to top