How do I install an app on all devices?

You may once want to install an app on your computer which you are using on your phone. In this article, you will learn how to do it. 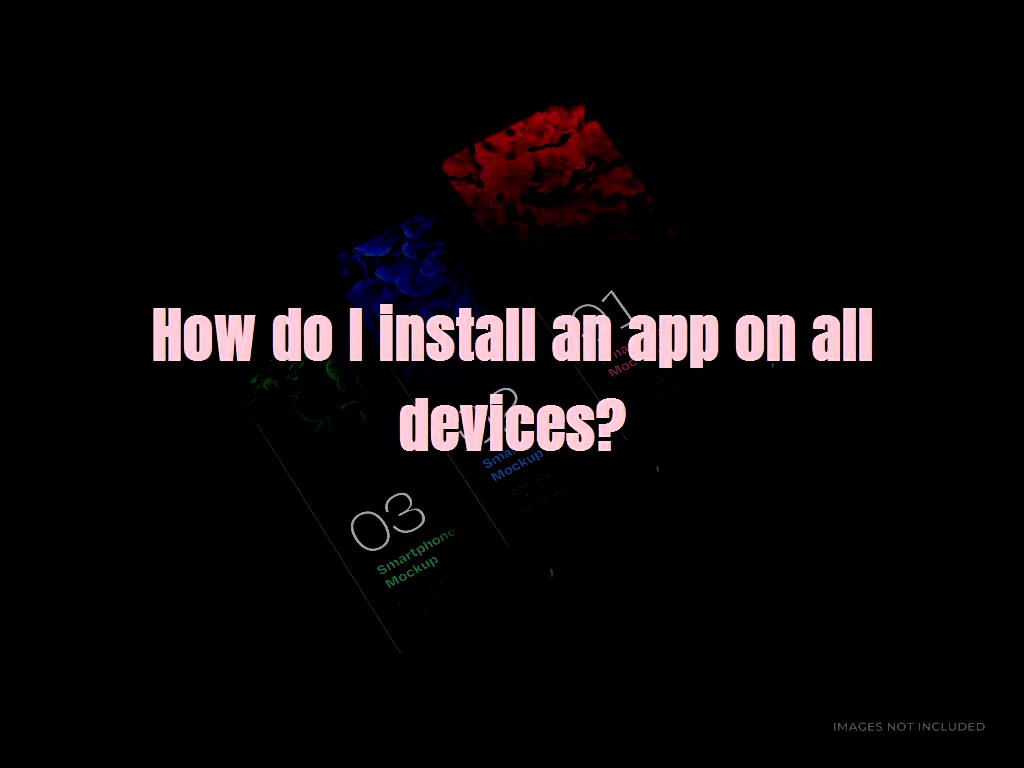 The popularity of Android in recent years has led to the creation of a wide range of attractive applications and games for this operating system. Software is free in most cases, and users can download and install them from the Google Store without any problems. But the small screen size of Android devices has caused you to face difficulties in doing some tasks. But this problem will be solved if you can somehow install and run Android applications on a personal computer.

Various emulators have been released for this purpose. Bluestacks App Player is one of these emulators, which has good features compared to common examples, and its user interface is also simple. Emulators implement a shell that allows you to run Android applications based on a different architecture than Windows without any problems. The latest version of this software was released on May 26, 2018, and some bugs from the previous version have been fixed. Bugs that interfered with the normal operation of this software while playing games. You can install this software without any problem on different versions of the Windows operating system. The size of this free software is 413 MB, and it has been downloaded nearly three million times on the Cnet site alone.

How can we install Bluestacks App Player on PC?

In the first step, you need to download the Bluestacks emulator and install it on your PC. For this purpose, go to BlueStacks App Player and download it. The installation of this software is not particularly complicated and can be installed easily. Once you have downloaded the emulator, click on the executable file. By clicking the Install button, the installation process begins. After completing the program installation, click on the Complete button to run the program.

Be careful; if you have activated the Hyper V feature on the Windows operating system, which is related to the creation of virtual machines, the above emulator will not be able to run and will show the deactivation message as shown below. As a result, you must first disable the above feature in Windows 10.

The boot process may take some time on the first run. After the initial configurations are done, on the page that appears, you must enter your email address and password for your user account and click the Next button.

Most users use the same Google account on their Android phone to check their emails to log in to this simulator. This makes synchronizing information between this program and your devices interesting. After you log in to the Bluestacks emulator with your user account, you will see the main page of the emulator, as shown below.

Note that if you log in with an active user account on an Android phone, you will see a list of programs and games installed on your mobile phone in the simulator. In this case, by clicking on any of the icons shown in this simulator, you can enter the Google Play store and directly download the desired program or game. It is also possible to search Google Play to download and play games.

This simulator also provides you with an option called Settings. This option is at the top of the page. Using this option, you can configure some settings according to your taste. For example, you can use the emulator horizontally, improve the quality of images, change the graphics processing engine from DirectX to OpenGL, specify the minimum graphics memory and the number of available graphics cores, and backup the settings and installed programs.

The app also allows you to install APKs directly or use multiple emulators. If you have problems downloading apps on your Android phone, you can easily download them through the emulator and transfer them to your phone. If you have activated notifications related to the simulator, these notifications will be shown to you like normal Windows messages.

The official emulator of Android Studio

If you are looking for a complete Android emulator, the best you can find is the one in Android Studio; the software in which most Android applications are developed. Android Studio is Google's official platform for developing applications, which can simulate Android applications in the latest operating system version, thanks to an in-app simulator. After coding, the simulator tool is designed so that the developer can see the result of their work with the simulator and, if necessary, apply the necessary changes to the APK output. Naturally, this feature is not designed for normal users, but it does not mean that users cannot take advantage of it. Android Studio is completely free, and it can almost be said that it is fully compatible with any APK file you enter.

When installing Android Studio, Google offers you to choose your favorite SDKs (Software Development Kits). One of these suggested SDKs is Android Emulator, which is used to run Android applications on a computer. After installing Android Studio and running the software, you can enter the Configure menu instead of opening a new project and then click on AVD Manager (which stands for Android Virtual Device). AVD Manager allows you to create a virtual device, which you can choose from the default options or transfer your device profile to Android Studio. With this, a window of the simulated Android device will appear. In this simulated environment, you can build your application or upload APK files of other applications. The second method is to simply drag and drop the APK file in the environment of this window. The application you want will be installed first and then run. 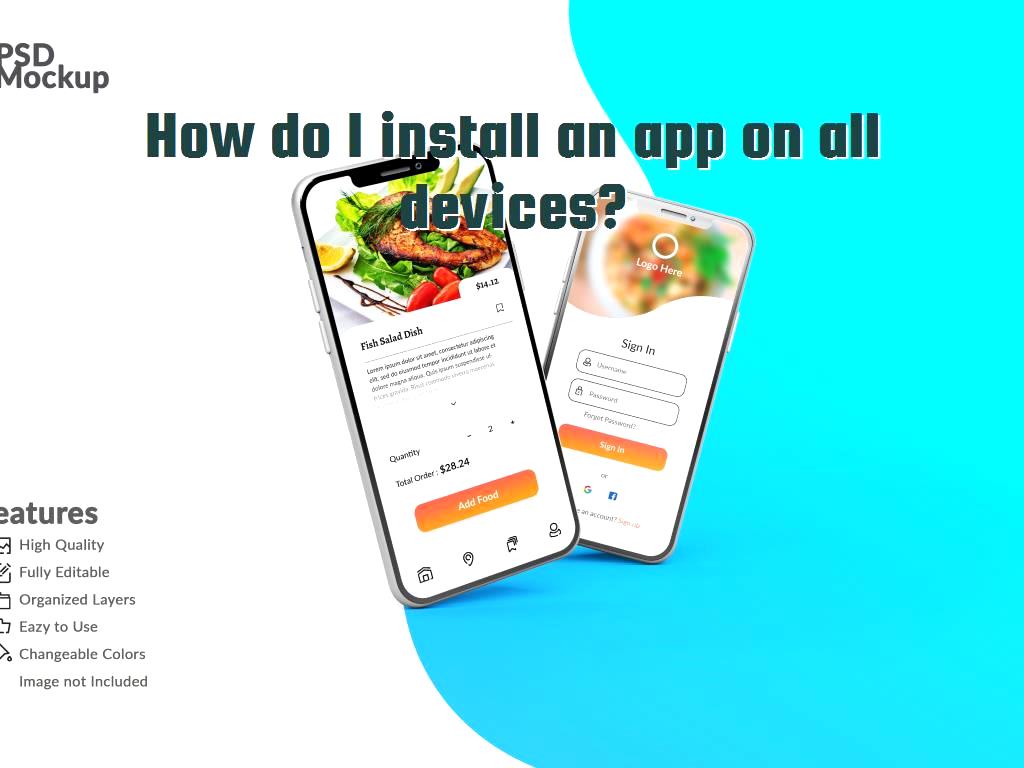 Except for Android Studio, which is for professional users, there are other emulators of the Android environment that you can use. However, you should expect problems when working with them. For example, some of these emulators are not according to the latest version of Android or have compatibility problems in running some games and applications. One of the famous ones is VirtualBox, which fully simulates an Android device on your computer. However, it requires a bootable version of the operating system (for example, Android -x86) to do this correctly. Apart from Virtual Box, other options such as Genymotion and YouWave can also be used to run the Android application on the computer, but both are at some points more useless than Virtual Box.

The working method of AirDroid is slightly different from the previous two methods. This software does not "emulate" Android in your operating system but transfers what happens on the phone to a larger screen (computer monitor) and allows you to control it with a mouse and keyboard. This is called mirroring, which AirDroid masterfully does. It is interesting to know that apart from the software, Airdroid is also run from the Google Chrome environment. But for mirroring, you need to download the PC software from the AirDroid website and install the Android version on your phone. In the next step, you should also create an Airdroid account. The next step is establishing a connection between your computer and Android phone. For this, it is enough to enter the AirDroid software on the computer and then establish the connection by scanning the QR Code displayed on the screen with the phone. In this case, whatever you run on the phone will also run on the computer. The only problem with AirDroid is that it lags a bit in mirroring. Therefore, if speed is the most important thing for you to run the Android application on your computer, it is better to go to this article's first and second methods.

Apart from the methods we mentioned, more advanced methods such as dual booting Android and Windows on the computer can also work. But most people are just looking for an easy way to run applications (especially Android games ) on a computer with a controller. The methods mentioned in this article will be the best solutions.

DotNek Android development services
What are the activities in applications and how are designed in Android apps?
Is it difficult to create an app?
Build a modular app vs. customize app development
Does it cost money to release an app?
What are the different types of application architectures?
How to style applications in Xamarin?
Can anyone publish an app?
Best ideas for creating an app for higher monetization

Build a temperature conversion application in Android Studio
How do I use Combobox in Xamarin?
Is Xcode free for Windows?
SQLite.NET as a Local Database in Xamarin.how it works?
Cloud Firestore and how it works as a mobile app database
Top Linux Hacking Tools
How much does it cost to make a Buffer app?
What do I need to know before starting an app?
What is cross-platform coding in mobile app development?
What app is trending now?
How to set up the ability to scan QR code in Android apps on smartphones
What is background management in Android apps and how is it done?
Scroll to top