To be able to use Combobox in the design and development of apps, for selecting predefined data in Xamarin projects, we need to define ComboBoxes in GroupBox, which we want to tell you in this article. 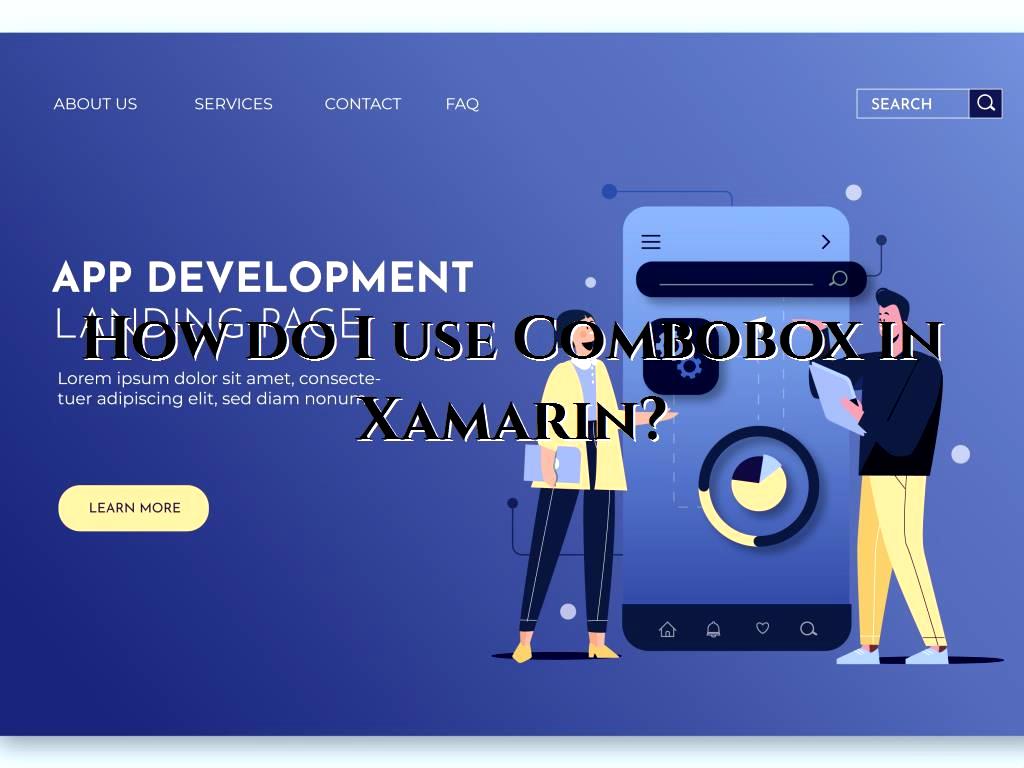 The difference between ComboBox and TextBox is that TextBox is just a box in the applications developed by the developers ( in German:  die von den Entwicklern entwickelten Anwendungen  ) in which the user enters the desired text. But  ComboBox, in addition to having the ability to enter text when running, can select pre-prepared text from the ComboBox drop-down menu.

The ComboBox menu is empty by default. To put options in this drop-down menu so that users can select the desired text from them, we must use the Items property.

- DropDown is the default ComboBox mode.

- Simple is an open menu that is provided to the user.

- If  DropDownList mode  is selected, the user can only select one of the options in the list. In this case, the user will not type the desired text.

- How to place the options in the drop-down menu can also be specified using Sorted. If this feature is true, the list and drop-down menu options will be in ascending order.

How can we style the ComboBox using Xamarin?

It can be used to change the color of the text.

It can be used to change the color of text while editing.

It can be used to change the background color.

Can change the border color.

It can be used to specify or change the border thickness.

Can control nborder color when focused.

It can be used to define a style for Clear.

Consider the example that we want to  write a program in Xamarin  so that by receiving the user's date of birth and date of the day, she can calculate the user's age and display it.

To do this, we need to add three ComboBoxes to one GroupBox. The three ComboBox we have added can receive a day, month, and year.

The names of the ComboBoxes to get the date of the day is as follows:

- Comday to get the day

- Commonth to receive the month

- Comyear to receive the year

To be able to get the user's date of birth, we can put three textboxes in the GroupBox in Xamarin. Their names are as follows:

- Comdaytav to receive the user's birthday

- Commonthtav to receive the user's month of birth

- Comyeartav to receive the user's year of birth

After entering the user's current date and date of birth, I must create three textboxes to get the result of their calculation.

- Txtday to get the result of the day

- Txtmonth to get the result of the month

- Txtyear to get the result of the year

Finally, we put a button to confirm and start the calculation.

The related code is as follows:

As a result, we put the calculation result in the variables and display it. Like the following: 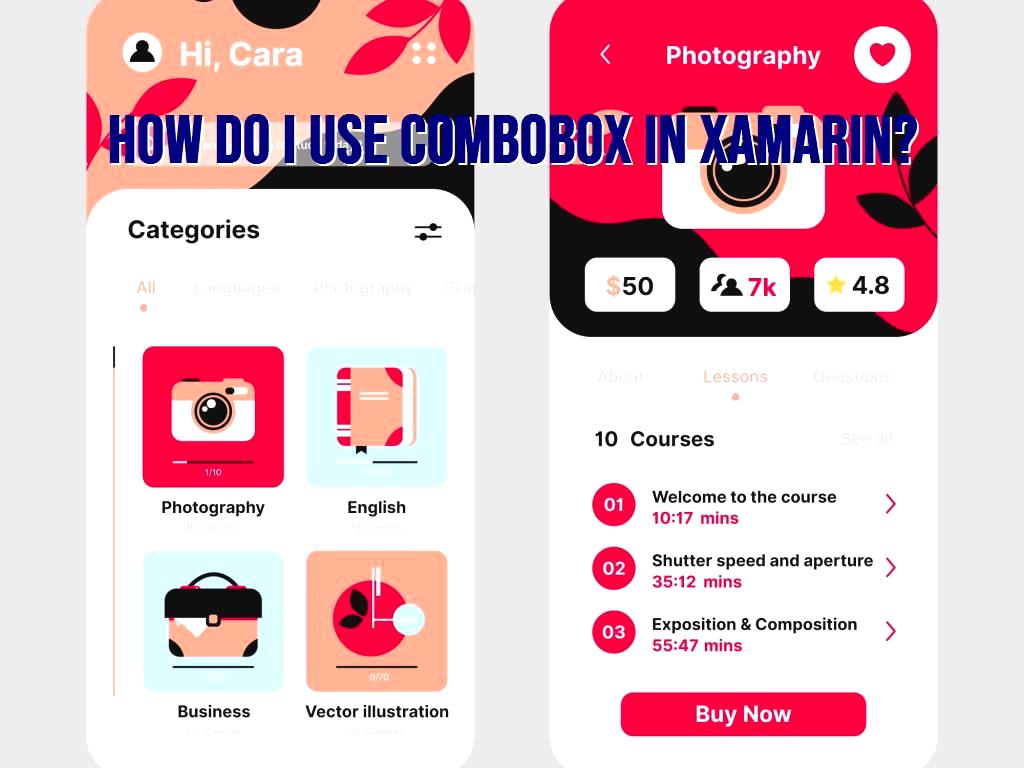 Can make the necessary changes to font and font options.

1- The codes that should be included in the XAML file are as follows:

2- Then, we must add the following namespace for the project:

3- The sample is as follows:

4- We use ViewModel as follows:

After applying the above changes using Xamarin, we will see that the appearance of Combobox will change and will be displayed as we have set.  How can we style DropDown?

Using this control and feature, we can change the border color around the drop-down menu.

Using this feature, we can specify and change the thickness of the border around the drop-down menu.

Using this feature, you can also change the radius of the corner in the drop-down menu.

We can use this feature to change the background color.

This feature can also be used to specify and apply a style to the drop-down menu.

1- The codes that should be included in XAML for Drop Down Styling are as follows:

2- Then, we must create the nominal space using Xamarin:

3- The style of the DropDown button in ResourceDictionary is as follows:

An example is given below:

After going through all the above steps and applying the changes, we will see that the appearance of Drop Down has changed.

DotNek Android development services
How to send SMS on Android systems? How are its settings applied?
50 mobile app ideas for 2022 that haven't been made yet
Is it good to update apps regularly?
What is the main difference between developing an app for iOS and Android?
The advantage of Xamarin for mobile application development?
What are fragments in designing applications in Android systems and their uses?
Cloud Firestore and how it works as a mobile app database
Which is better Android app development or iOS app development?

How many apps are there in the world? (Total number of apps in different stores)
Top Linux Hacking Tools
How do I use custom picker in Xamarin?
Is Xcode free for Windows?
How to install Xamarin on Visual Studio and system?
How do I download or run an APK file on iOS?
Which is better Android app development or iOS app development?
What is Bottom Navigation in Android and why should you use it?
What is the function of Bottom Sheets in Android and what are they used for?
How much does it cost to build an app like Facebook?
Factors to consider before making an app
How do I share my apps between devices?
Scroll to top