How many apps are created a day? 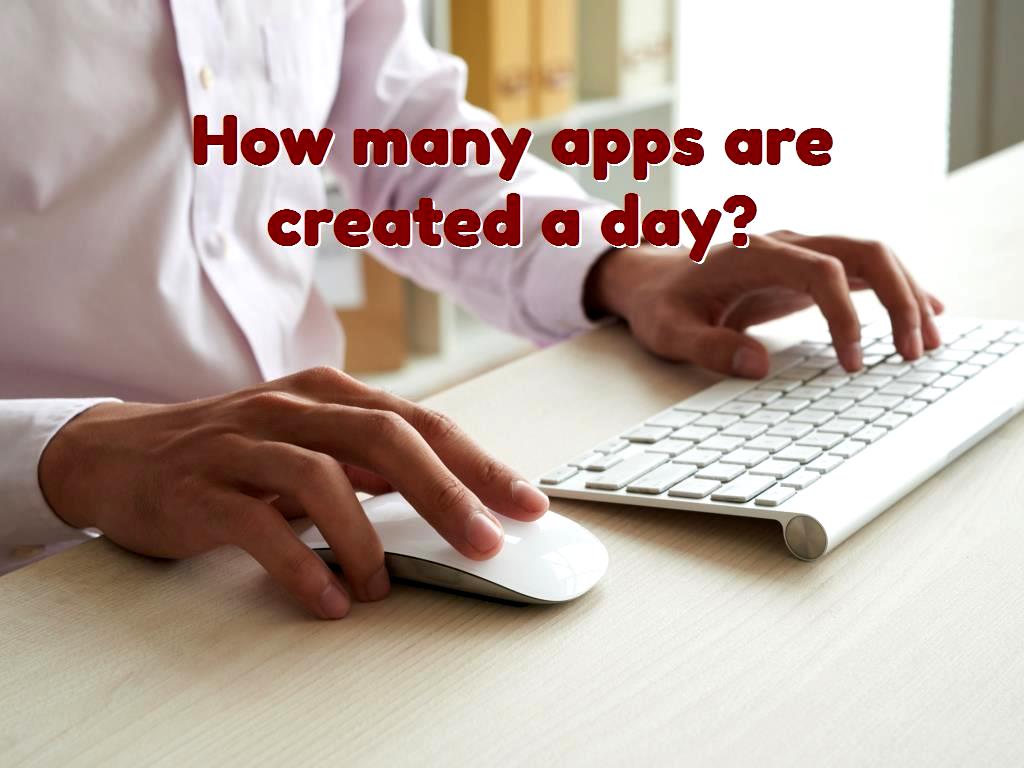 Due to the ever-increasing expansion of the mobile market and the Internet, all businesses have turned to make applications. In the near future, small and large businesses that have tried to use this technology will surpass their competitors. If you are an employer, you have probably thought about how you can have an application for your business. Also, for having an application in the market, have you faced different prices that you don't know why you should pay such costs or whether all these facilities are needed for your application or not?

There are different applications in the market, such as mobile games or applications that provide special services or applications that work as auxiliary and educational tools that work online or offline, but in general, the cost of making an application depends on its specifications and efficiency, and the time that the developer has spent on making the app. This is an interesting question that may come to your mind; how many apps could be created a day due to the difficulties that are developing an app has.

Factors that affect the price of applications

The platform the application runs on affects its price; whether it is running on Android or iOS, the price could be different.

What platform your application will run on requires using different languages; some of these programming languages are introduced below.

Applications such as store applications require the ability to register and log in to the user account, and these capabilities depend on the backend part. Of course, you can log in users through email accounts, Gmail, Twitter, Facebook, etc., which is much simpler, although it requires taking some more steps to get logged in.

- App distribution in markets and stores

How many mobile applications are made per year?

In summary, the number of apps released each year has increased significantly over the past few years, with around 2,300 apps being released daily. In 2016, 2.4 million mobile apps were released. Of those, approximately

Statistics of mobile application development based on region

Data on the regional development of mobile applications were limited. However, there is some data available on the number of programmers in different parts of the world, which gives us information about the percentage of applications developed in those regions. According to the source, the numbers vary slightly, but they all point to a similar percentage of developers in the requested areas.

The average usage of applications

According to the statistics of App Annie, the average use of the application in the world is 4.2 hours per day, and this number reaches more than 5 hours in some regions of the world, such as Brazil.

Statistics show that people are paying more to buy apps than ever before; for this reason, it is natural that the time spent by users on applications has increased. According to TechSpot, data from the research institute App Annie states that the average time spent on apps worldwide is 4.2 hours per day. This number has experienced a 30% growth compared to two years ago, and in some regions of the world, the average use of the application is more than this. Today, users in Brazil, South Korea, and Indonesia spend an average of more than 5 hours daily on apps. In India, time spent on apps increased by almost 80% in the first quarter of 2021 compared to the same period in 2019. According to TechCrunch, App Annie's data shows that American users spend more time working with apps than watching TV. App Annie announced last month that consumers spent more than $32 billion on apps in the first quarter of 2021 alone.

According to App Annie, customers spent $9 billion more on apps in the first quarter of 2021 compared to the same period last year; Because staying at home made them look for more ways to be entertained and use more games, applications, and streaming services.

Apple's App Store still has the best performance in terms of app revenue. According to statistics, iPhone users have spent 21 billion dollars on apps and games, and Android users have spent 11 billion dollars on Google Play Store apps and games. App Annie says that revenue from both Apple and Google's online stores has seen annual growth of 40 percent. At the same time, downloads in the App Store and Play Store have experienced annual growth of 10%, and the income earned by these two stores has reached 31 billion dollars.

Click here to create a mobile app
How to set up and use Bluetooth in Android systems
How many hours does it take to develop an app?
What is the most used dating app?
How much does it cost to build an app like Facebook?
What Is Android Compatibility And How It Works?
How do you make a tutor app?
How to access the web with the application in Xamarin?
Application resources available in Xamarin. Android

How many apps are there in the world? (Total number of apps in different stores)
Cloud Firestore and how it works as a mobile app database
Common problems in smartwatches
How to send SMS in Android programming and how to configure it?
Build a temperature conversion application in Android Studio
Enabling Xamarin Push Notifications for all platforms
Implement The Dark Mode in Xamarin.Forms
How to work with cameras on Android devices in two ways
How to build a custom keyboard in Xamarin?
Check whether the application is installed on the Android system or not
What are splash screens and where can they be used?
How the application responds to user requests and what is the life cycle?
Scroll to top