How much is an app worth?

It may be interesting to know the value of an application; in this article, you will see how much an app is worth and what are the most valuable apps in the world.

Valuing a business or, specifically, an application is a highly complex task; we will discuss this further because many factors are influential in determining an application's price and value. 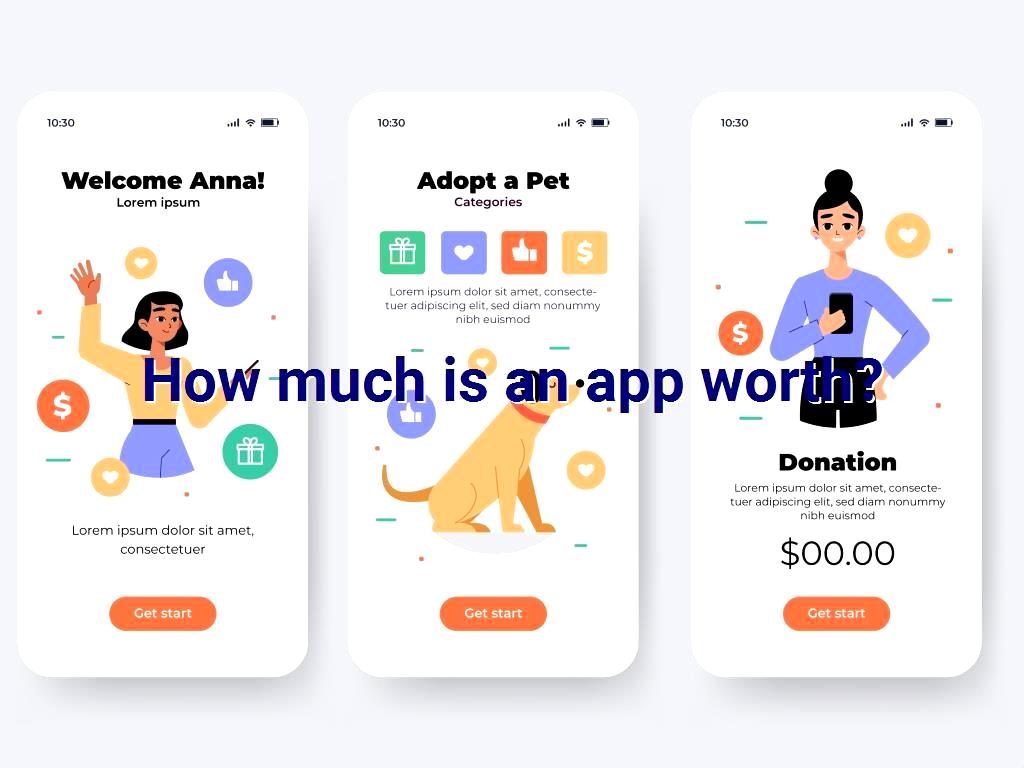 How to price an application

What platform is your application written on?

To value an application, one must first see what language it is written in and to what extent its platform can be developed. The back-end work is essential for the buyer, which process, and how many human resources this application needs to run. The buyer should know how many human resources they need to continue developing the app if they buy it, so they do not make a mistake in estimating their costs. In this regard, if the coding of your app is complicated that the development team of the buyer cannot communicate with it, the chance of selling the application will be significantly reduced, or its overall price will face a significant drop because the buyer has to pay for a lot of extra rewriting of codes. The share of this section can be considered 15% of the valuation of the entire application.

How many active installations do you have?

The effect of app design and appearance on its price

The design and UX/UI of the application, as well as the number of different modules of the app, are effective in its pricing, but they have very little impact on the final valuation; perhaps it can be said that they account for 5% of the valuation of the application.

How much does your app earn monthly?

The critical thing in valuing the application is the financial discussion, and how it and its different parts earn money every month plays a big role in valuing an application. If we give a percentage to this section, 60% of the applicable valuation is related to this section. An application may have only 10 thousand active users. Still, with the documentation it provides to the buyer, it can prove that it earns 10000$ per month but how many applications have more than 1 million installations but can Earn a monthly income of $500 only. It should not be forgotten that an application may have the potential to generate more income. Still, due to its owner's unfamiliarity with digital marketing, it may earn little pay, and in-app valuation, the app's potential, and the number of active installations are also taken into account.

Valuation factors on the application

Applications that are worth more than a billion dollars

The digital world has not only changed people's lifestyles but also made business and professions differently, and these days the way of doing many things has changed. One of these things can be called smartphones, which guide the user to an attractive and diverse world with the touch of a finger and provide a thousand and one different information. Smartphones have a short lifespan, and even though only a little more than ten years have passed since the presence of these phones in the market, we see their significant progress. On the other hand, the facilities that smartphones provide to users have contributed to the popularity of these phones, and these days we don't know anyone who does not have a smartphone. In the meantime, if you are interested in the statistics and figures of the digital world, you must be aware that the number of smartphone users will exceed 5 billion in 2019. For this reason, applications are a huge market for smartphones. And thanks to this number of users, we can see applications that have reached billions of dollars in revenue.

For this reason, we refer to applications worth more than one billion dollars in the following.

It is impossible to be a social network user and not know Instagram, this large and photo-oriented social network provides users with many possibilities, and it is unlikely that a day will pass without you visiting Instagram with your smartphone. It is interesting to know that Instagram was bought by Facebook a few years ago, and it must be said: that it is known as one of the best purchases of Facebook, and it has made a lot of profit in the pockets of Mark Zuckerberg.

What is more interesting is that Facebook bought Instagram at a price of about 1 billion dollars. When Instagram was sold to Facebook, this application did not have many features, but still, Instagram's photo-centricity became one of the positive points of this application. And after the purchase, Facebook will use every opportunity to optimize Instagram.

Thanks to these applications, direction finder applications have become drivers' friends and companions, and we don't know a driver who doesn't find their direction in the winding streets of busy cities. For this reason, we see several reliable navigation applications, each of which has its characteristics and shortcomings. After the success of the Waze map reader application, Google, which is very interested in map reader programs, showed a desire to buy this application. Facebook also wanted to buy the application, and after many negotiations, it was finally Google that won the purchase of Waze for 1.3 billion dollars.

Waze, like the other billion-dollar apps on this list, is short-lived and was first launched in 2006 with limited features in a certain geographic region. This application currently supports 40 living languages in the world, and we are quite sure that the profit that Waze brings to Google's pocket will make Google not think of selling Waze anytime soon; therefore, it is not possible to give an exact price for Waze left, but we are sure that we are dealing with an application whose price is some billion dollars.

By attracting users in different countries, WhatsApp was able to quickly attract the attention of Facebook, and for this reason, Facebook bought WhatsApp for 19 billion dollars. Interestingly, the news of the purchase of WhatsApp was published on the Internet when we also saw the news of the purchase of Instagram by Facebook. More interestingly, Facebook bought WhatsApp when this application was earning 2 billion dollars every year, and no one thought that WhatsApp would send much profit to Facebook's pocket.

About our Android and iOS app development services
What are supported platforms in Xamarin.Forms?
What is the best platform to create an app?
Is Apple phones better than Samsung?
How to Build a Strong App Development Team
How can we make video and voice calls on Android?
How do I use Combobox in Xamarin?
What is application layout and how can it be done?
What app is trending now?

How do I use Combobox in Xamarin?
How to install Xamarin on Visual Studio and system?
50 mobile app ideas for 2022 that haven't been made yet
Enabling Xamarin Push Notifications for all platforms
Build a temperature conversion application in Android Studio
How do I make my Android app silent?
Most popular mobile app development mistakes
How to set up and use Bluetooth in Android systems
The hidden cost of the app before and after launch
Automation In Software Engineering: How And Why?
How to name an app: Find a perfect name for your app
Top 5 Hybrid Mobile App Development Frameworks
Scroll to top