Is it easier to develop for iOS or Android?

Android and iOS are the most popular operating systems, and developers are always unsure about their choice between them but which one is easier to get developed. 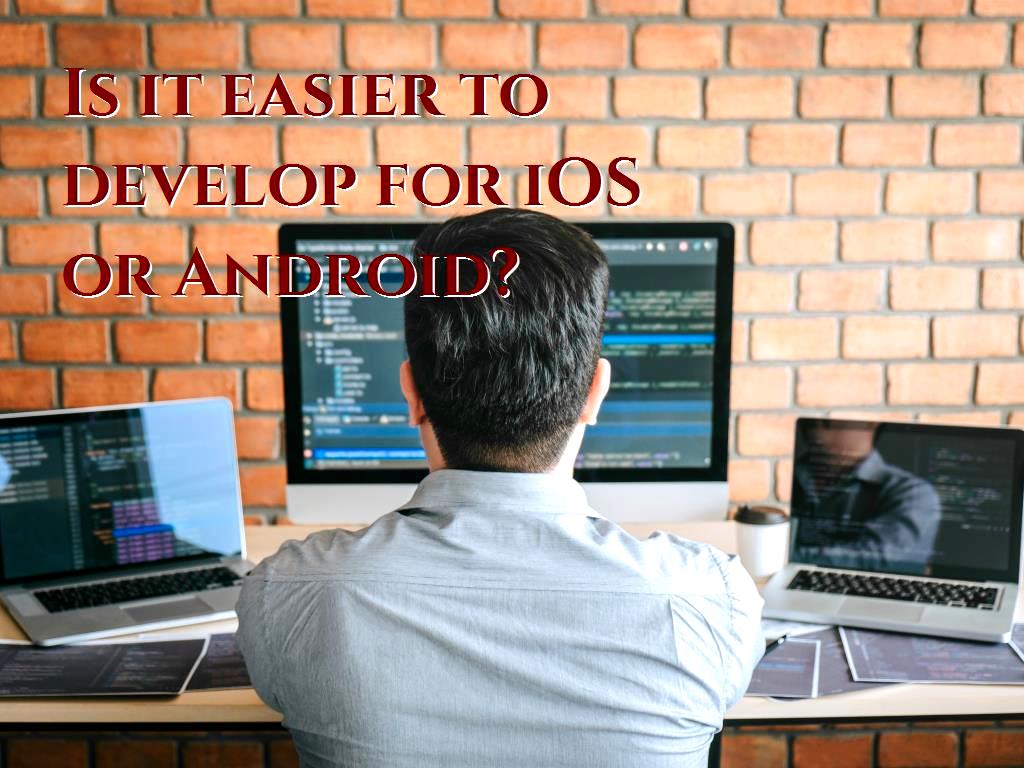 Today, mobile app development has become one of the programming industry's most attractive and lucrative fields. Various operating systems are emerging in this area, including iOS, Android, Windows Phone, BlackBerry, etc. Still, in the meantime, iOS and Android have attracted users and developers more than others. In this situation, which platform should be chosen for development? In such a situation, deciding which platform to focus on is difficult. Do you devote all your resources to smaller platforms like Windows Phone, hoping that your software might be able to stand out in the face of a lack of apps? Or do you have to write Google App for Apple iOS and Android?

According to a new report by software analysis company App Annie, Google Play had more download statistics in 2015. This statistic shows that Androids has overtaken iOS and, according to App Annie, could be the beginning of big changes in the mobile market. Note, however, that this increase is due to emerging markets such as Brazil, India, and Mexico. While iOS in China, the United States, and Japan has maintained steady growth.

The device penetration rate will remain low in some emerging markets. Sales revenue will continue to grow as audience numbers increase and monetization options such as in-app payments become more prevalent.

While some developers prefer to develop software exclusively for iOS or convert software originally designed for the Apple platform to Android applications without quality assurance, increasing download statistics for Google's platform will allow developers to turn to the operating system in the coming years. According to App Annie, in 2015, games had the highest download statistics on Google Play, followed by games, applications, communication apps, photography, entertainment, and social networks, as well as applications related to personalization and Music and sound highest download number. This list is slightly different from the list of the top categories of Apple iOS.

Compare this with iOS

The rivalry between Android phones and iPhones is still one of the most exciting battles in gadgets. Of course, this field is not limited to this and IOS; options such as Windows, BlackBerry, etc., are also in between. Still, the fact is that most users consider only these two options when choosing a phone operating system. Comparing Android to iOS has never been easy and is often fraught with bigotry. But regardless of the price factor, which naturally creates more limited possibilities for buying an iPhone, can it be said that exactly Android is better or iOS? Of course, generalization in this regard is not very logical. However, comparing Android to iOS can determine a better option for your personal choice.

Comparison of Android and that operating systems

None of the different operating systems in smartphones have experienced the maturity and evolution of Android and iOS. The constant rivalry between Google and Apple in recent years has provided users with two fully developed and mature operating systems, which can hardly be considered superior. The cheapest iPhone in previous years was the SE 2020 with iOS 13 (upgradeable to iOS 15), which with a base price of around $ 400, could be a relatively expensive mid-range device. The cheapest member of the new iPhone 13 family, which was recently introduced with a base price of about $ 700, is relatively far from mid-range phones. However, Android phones from companies such as Samsung and Xiaomi have much wider price ranges. Thus, comparing Android with iOS does not include very expensive and economical phones.

If you've already bought any of Apple's gadgets, you know that taking advantage of this popular company's ecosystem could be a reason to buy an iPhone. Apple has long focused on its products' ecosystem, and it is safe to say that it is still unrivaled in this area. Although Samsung has tried to replicate a similar trend with Apple's ecosystem with the introduction of Smart Things, it has not yet become as powerful as the successors of Steve Jobs. Of course, this is not a good enough reason to buy an iPhone, but using these connectivity features between smart devices can bring a unified world to your gadgets, which is naturally tempting.

Why is Android better for developers than iOS?

Android and iOS are the two main competitors among the operating systems used in smartphones today; As a result, it is natural for a developer to prioritize these two platforms to develop the application they want.

For large software which does not have problems in financial and human resources, it does not matter which of these two operating systems they offer first, but there are limitations for most freelance and personal developers; As a result, choosing the right two platforms can greatly affect the success of their application. Perhaps the most common misconception among developers is that they prefer to launch their app for iOS first and then move on to Android. They have a reason for themselves to put iOS first. The inconsistency of Android versions and devices, the low profitability of selling apps, and the ease of coding and building the interface of apple apps are some of the most important reasons that have been mentioned repeatedly. But how true are these cases?

- Android is a slut operating system

As a fan of Android, I do not rule out the inconsistency of versions of this operating system, but this problem is not the same as they exaggerate. The fragmentation of Android versions does not matter much to developers. Currently, the three versions of KitKat, Marshmallow, and Lollipop have the largest share; As a result, the developers' main focus is on these three versions.

Google or have provided tools that allow the developer to test their app on various devices and see possible results and drawbacks to testing and matching Android apps on devices of different sizes.

The interesting thing is that although Apple has a lot of problems with Android formatting, many iOS apps are still not optimized for use on the iPad, and the user can not use them all the way!

- The Android market is not a money maker

Developers believe that iOS users will find it easier to buy paid apps, making the App Store a more lucrative market. I can't entirely agree with this statement. Most iOS developers offer their apps for free because of the high cost (mentioned below), so users are forced to buy because they do not find quality free apps.

On Android, due to the open-source nature and low labor cost, you will find many free and high-quality applications that do not require the user to buy a paid sample. Of course, this does not mean that Androids are not handy! But the developer can make a profit in other ways. One of these methods is displaying advertisements. The more ads displayed in the app, the more profit the developer gets, and since the number of Android users is much higher than on iOS, the profit, if not more, is not less.

- it is easier to program than Android

Incidentally, Android programming is easy, maybe even easier than iOS. You need to know the Java language to build an Android application. Java is one of the most widespread and powerful programming languages that run as a multi-platform. By knowing Java, in addition to being able to build apps for Android, you can also write apps for Windows and Linux without learning a new language. At the same time, Objective-C and Swift are only useful for iOS and OS X. There are many free resources and guides for learning Android programming that will help you along the way. Google has also provided developers with a great IDE called Android Studio to help you quickly and easily develop applications. Now that we have answered the accusations of the developers against Android and their reasons for not choosing this operating system, it is better to see what advantages the developers' choice of Android instead of iOS has.

The advantages of Android development

According to the latest IDC statistics, Android has more than 86% of the global smartphone market share, while iOS has less than 13%; This means that the number of devices and, consequently, Android users are more than six times that of iOS. As a result, this platform can bring much more customers and target market to you and increase your chances of success.

If you want to build an application for iOS, you must first spend dollars to buy a Mac because otherwise, you can not run the iOS programming environment. Still, the Android developer can do it on Mac, Windows, or Linux, and there is no limitation. In addition, iOS developers have to pay Apple $ 100 per year to subscribe, but Android developers only have to pay Google $ 25.

The best place to launch and display your apps is the Google or Apple Virtual Store. Each of these stores has its terms, conditions, and even features. The Apple App Store, meanwhile, has stricter requirements for developers, which can take up to several weeks to approve each app; on Google Play, it only takes a few hours.

About our Android and iOS app development services
How can we give effects to images in Android,how to display them like animation?
How do I share my apps between devices?
What are drawable in applications and how can they be designed?
Compare Kotlin and Swift programming languages
What is a restaurant app?
How do you make a shopping app?
What is the legal requirement for an app?
50 mobile app ideas for 2022 that haven't been made yet

Cloud Firestore and how it works as a mobile app database
How do I use DropDownList in Xamarin?
How To Create a Storyboard For An App
How do I make my Android app silent?
50 mobile app ideas for 2022 that haven't been made yet
How do I use BoxView in Xamarin.Forms?
how to complete Facebook,LinkedIn,and Twitter social networks on Android systems
Learn how to produce animation and audio recording on Android systems
How much does it cost to develop a mobile app?
How do you optimize an application?
What are the three most important skills of a great developer?
How much is an app worth?
Scroll to top