Have you ever worked with Xcode? Do you think Xcode is an efficient tool? Here we want to know Xcode, how to install it, and also how to work with it on windows. You will get answers to many of your questions.

Developers to build quality apps (in Spanish:  para crear aplicaciones de calidad  ) for Apple Watch, iPad, Mac, iPhone, and Apple TV, use Xcode. Also, if they want to test their newly  built apps or run them on an Apple product like the Apple Watch, they can only do so with a free Apple ID. Xcode, Ability to design execution and debugging and coding to developers in a coordinated manner.  The Xcode IDE programming language is Swift, making it very easy and attractive to build and develop applications. In Xcode, there are Xcode IDE compilers, Swift and C / C, Objective-C / ++, emulators, and the latest SDKs that are very useful. Swift programming language is very safe and fast. The Swift UI framework creates user interfaces with Swift syntax. It also debugs 3D stacks at runtime. Using these tools, you can do better in building your applications. This framework provides many methods for editors, fixes errors while typing, and Fix-it easily corrects your code. It also helps you manage your code well.

You can  make it easy to design your own user interface Use Swift UI and Interface Builder. Library of controls and modifiers build UI views for graphic design. UI Kit interfaces and Swift UI code previews come in various sizes and orientations that are always compatible. Animation makers also make animations using the same simple instructions. The editor does debugging your code and placing it at the front and center. It is also easy to modify the Swift, Objective-C, C, and C ++ codes with Refactoring. You can open all of your files using Open Quick and use Quick Look to check your code and find their errors. 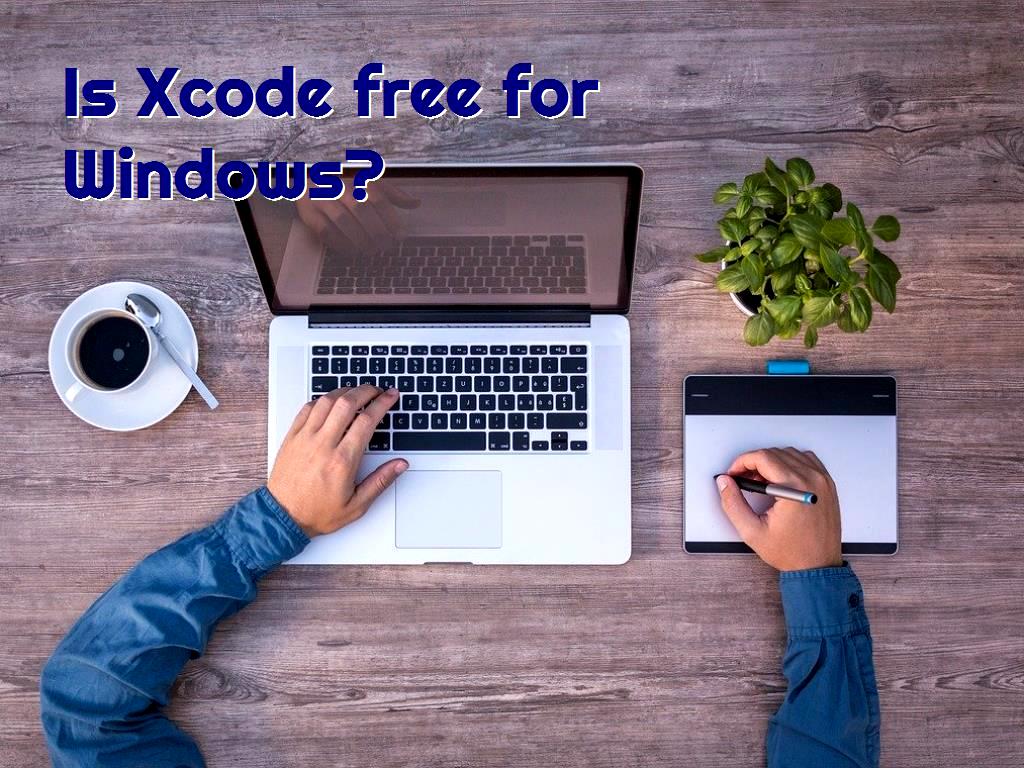 Is it free or not?

You do not need to spend money to use Xcode. You can only do this with a free Apple ID to run your app on Apple products (in Spanish:  Para ejecutar su aplicación en productos de Apple  ) such as iPad or Apple Watch. If you want to put your new app in the App Store, you need to sign up for  the Apple Developers app  and have high-speed Internet access.

You need compatible operating systems and conditions to install the software on your PC. These include windows8.1, windows10, windows7 ٫ Windows Vista, 64-bit processor, OS X 10.7, and even higher.

To download Xcode on a Windows or Mac computer, you can go to the Mac Store or the  Microsoft App Store  or search the Internet.

Another good thing about Xcode is that it has high security. It is very safe for loading and installation. You can also download it from a reputable site whose links are from secure sources and scan for viruses.

It has full hardware support; It is easy to use, finds iPhone problems, can run great tools BSD, GPL, Unix, and so on.

Software reviews and Criticisms 232 2 should have a standard. This standard is such that reviews should not be out of beta. Xcode does not change much over time, so everything looks good. But let's not forget that this version of Xcode has disrupted user interaction, and as it turns out, everything about storyboards is gone.

All features and options just work, but there are bugs in the storyboard. One of these problems is the placement of the letters in the text and their font, which is not done correctly.

If you update this version, you will encounter these problems. The next problem is that it will automatically exit the selected state if you select an object. We recommend that you do not upgrade to a newer version. On the other hand, you must also update this version to keep other applications up to date. This puts people at a crossroads.

Today, most applications run much better in Xcode. And Xcode is better than to attempt cpt's. Xcode allows  developers to publish applications  that are supported by supporters in the App Store. After they release the apps, if they do not update their devices, they will not run the software and use it. Therefore, they always need upgrades to develop and implement their work.

We want to point out the two big problems that this program has. The file size of this program is too large. The program's size is approximately 7 GB and occupies a lot of space, which can be greater than the size of a game. The other thing is that it constantly needs to be updated. It starts updating and spends a lot of time doing so. In addition, it can't be used during the update. Even if you try to update sooner, it may need to be updated again in about two hours and you will not be able to use it that way.

Xcode has a good interface, and its learning is easy. Overall it's a good program. But after using it for approximately two weeks, you will get an error. This error contains a message telling you that you can't create more than ten app IDs in a week. To avoid receiving this error, you have to pay $100 a month, which doesn't look good at all. Programmers can share their unfinished applications in the app store by paying for this extra money.

You may face problems while downloading and using Xcode in Windows 10(in Spanish: descarga y usar Xcode en Windows 10

), Windows 8.1, and Windows 7. To solve these problems, we want to introduce you to some methods.

These include Macincloud, Virtual Machine, and Hackintosh.

At First, you need to install the Mac OS X virtual machine, which is better with an open-source option. Note that to do this you need a strong and fast computer.

Then carefully follow the steps we are going to tell you below:

First, you should install a virtual box on your computer. After you've logged in to the App Store, buy OS X and follow it. Then, in the virtual box, you installed during the first step, create a new virtual machine, and finally follow the installed steps to install OS X through your virtual machine.

Now you can download and install the Xcode app and  create a variety of iOS apps  on your Windows computer.

Hackintosh, in this way, the installation and operation are about 90% similar to a virtual machine. The only difference is that OS X is on a separate hard drive in its own space. Many people want to use Xcode for Windows. This is a good method, but you have to be patient during the installation process. In addition, expect that you will always face problems.

If you do not want to use the above methods or are not satisfied with them, you can get help from a service called Macincloud, which is renting a Mac in the Cloud, and an important part of it. Is for Windows users. In this way, you can do your job using a computer or mobile phone. You connect to a rented Macincloud Apple OS X device and once connected, you get the ability to control Xcode to build and  develop your iOS apps. The downside of this method is that the internet connection is slow, so Xcode will crash and cause you problems.

Xcode is a tool you can use to turn your ideas and opinions into an application using your creativity. These tools are only available for Mac and iOS because these are only  designed to build and develop Apple OS X software. If you are a Mac iOS X user, you can use Xcode 13 available in the Mac App Store. You can also find and download older versions and the latest versions of Xcode on the Apple  Developers website.

Click here to create a mobile app
Audio capability in Android systems Ability to convert text to speech
App development environments on the Android platform
How many hours does it take to develop an app?
How to prevent piracy of software and protect the source code?
What are snackbars in Android systems and how can they be used?
SQLite.NET as a Local Database in Xamarin.how it works?
What percentage of apps are successful?
Compare Kotlin and Swift programming languages

Build a temperature conversion application in Android Studio
How do I use custom picker in Xamarin?
SQLite.NET as a Local Database in Xamarin.how it works?
How many apps are there in the world? (Total number of apps in different stores)
Top 8 Best Wi-Fi Hacking Apps in 2021
How do I use Combobox in Xamarin?
Can anyone publish an app?
How to set up networks in Android systems and use them?
"Firebase storage" and how to user it as a cloud storage
Factors to consider before making an app
How to create a Navigation Drawer in Android
How the application responds to user requests and what is the life cycle?
Scroll to top