The use of applications is getting more and more every day, and many of them are being developed these days. In this article, we will see the apps that are trending now.

Have you ever wondered which Google Apps had the most downloads on Google Play? As the official Google App Store, Google Play is the first reference for downloading Android apps for many users, and the apps that are in the list of the most downloaded stores of this store are probably the most popular in the world. 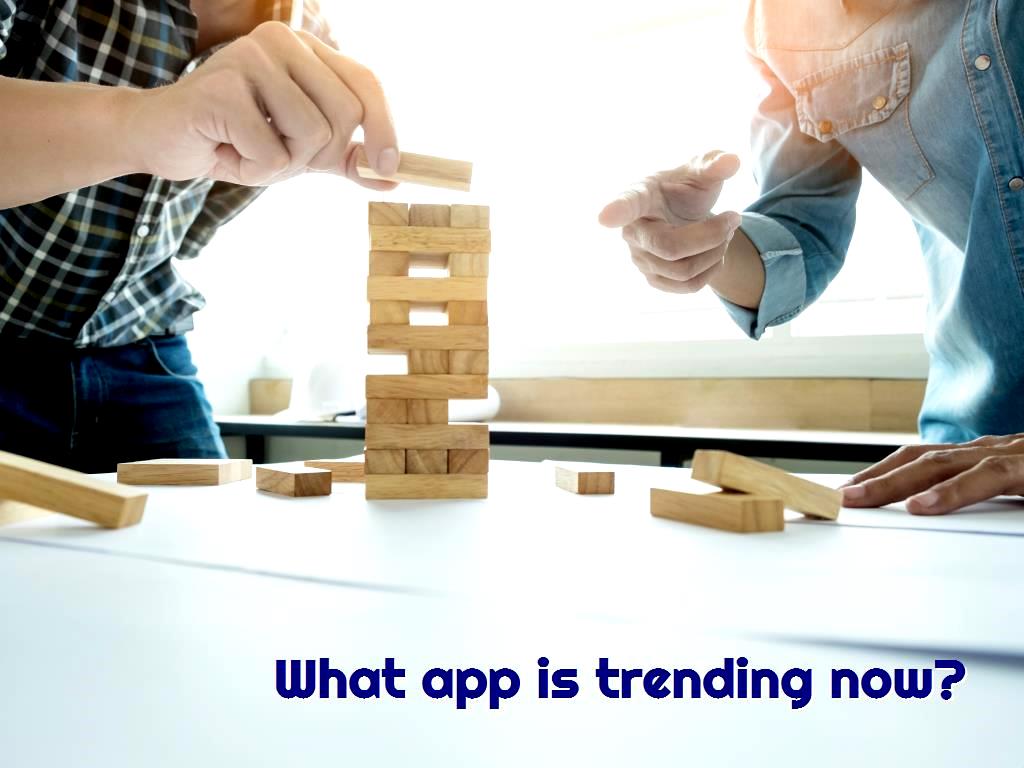 It's not surprising to see Facebook's name on the list again. Although not using Facebook has become a trend on many social networks, we are still witnessing the significant growth of this social network under the management of Mark Zuckerberg. Undoubtedly, Facebook can be introduced as one of the best social networks available for Download and use by users on Google Play.

The presence of Facebook's dedicated messenger has played a huge role in developing this powerful social network. In recent years, this messenger has increased its popularity, and the increase in bots has made this service more useful than ever.

Instagram is another popular Facebook app. As it turns out, the Instagram app has created a good distance compared to Facebook, which shows its great value and credibility. It is somehow known as an excellent platform for advertising and social communication and has a lot of fans.

In this list, we will refer to a game; But it is not Candy Crush Saga. Subway Surfers is an endless runner game in which a child escapes from a police officer and his special dog. This game has experienced a lot of growth since July 2018.

One of the best apps for transferring information on Android is called Shareit. This program can quickly share all phone files, including images, video files, and documents, in a short time. Published statistics show that the Shareit app transmits data at 200 times the speed of Bluetooth, which is unparalleled.

Microsoft has designed and introduced an Excel application for Android mobile phones, An app that many users have been waiting for a long time to release. It may be surprising that the download rate of Microsoft Excel and PowerPoint programs has been much higher than that of Microsoft Word.

As mentioned in the previous section, Microsoft PowerPoint is one of the most popular Windows applications Microsoft has also released for Android phones. You can use PowerPoint to present at various conferences and more on educational topics.

Microsoft has completed the puzzle of its success with the release of Word for Android. Given the huge popularity of the Office app, it is not surprising that it is Android app can be very successful. The Office app has many features, and you can use them on your Android phone as well.

Instagram may have all the features of Snapchat, But SnapChat still retains more than 150 million daily active users. Snapchat has many capabilities. Snapchat is a multimedia software that supports both Android and iOS operating systems, which can send photos and videos called "Snaps" that are deleted after being seen by people. There is also the ability to chat on this platform, which is similar to messaging software such as WhatsApp. But the main difference between this software and WhatsApp is that images and messages are deleted and destroyed after being seen on Snapchat.

With the creation and release of OneDrive for Android, Microsoft managed to be on the list of the most popular Android apps again. This remarkable activity of Microsoft in producing the Android version of its proprietary applications shows the importance of the mobile market in the world. The OneDrive app has security features such as biometric features and PIN codes that make it possible to keep the information safe if the phone is lost.

It remains to be seen whether Skype can still be considered the best video calling service. This video calling app, which also has an Android app available, has a lot of features that make it one of the most popular Android apps. This application has been able to obtain very impressive download statistics.

Clean Master is another top and most important application on our list, and its presence on smartphones is very important. This program examines different parts of the smartphone and easily fixes possible problems. Overall, the capabilities of this application are great for Android smartphones and improve their performance. The clean Master program is an optimization tool for Android devices that allows you to delete unnecessary files and increase the device's speed. Users can use the application to delete unnecessary and useless files (Junk Files) and speed up the performance of their Android device.

It should come as no surprise that many social networks are included in the list of the best and most popular Android applications. Twitter can now be introduced as the fourth most popular social network in the world, whose application has been published on Google Play for quick and easy use by users.

Putting Candy Crush in the most popular Android apps or games is a common theme. Many users have downloaded this fascinating game from Google Play and have fun. If you want to download and play a very attractive game, do not miss Candy Crush Saga.

One of the most popular cloud storage services is DropBox. This application allows you to easily save your documents. Certainly, the existence of such spaces helps in data management and information preservation. Dropbox users can access personal data or share their information with other Dropbox users through multiple computers or Android and iOS mobile phones. You can use the Dropbox service to store your data on an average of 2 GB of space on the Internet. In addition, you can invite your friends to use Dropbox and get another 250 MB of free space per person.

Viber is one of the oldest and most popular programs that allows you to send instant messages, video calls, group chats of 250 people, and encrypted communications. In Europe and North America, it is the second most popular app after WhatsApp, and Asian users are still interested in using the Line instead of Viber.

Line application can be considered another highly capable social network. This application has a lot of fans, along with applications such as WhatsApp, Facebook Messenger, and Viber. Of course, do not forget that most of the users of this Android application are people from Asia. Thai, Taiwanese, Cambodian, and Indonesian users are found to be major fans of the line. This application tries to set a good record in European and North American countries. 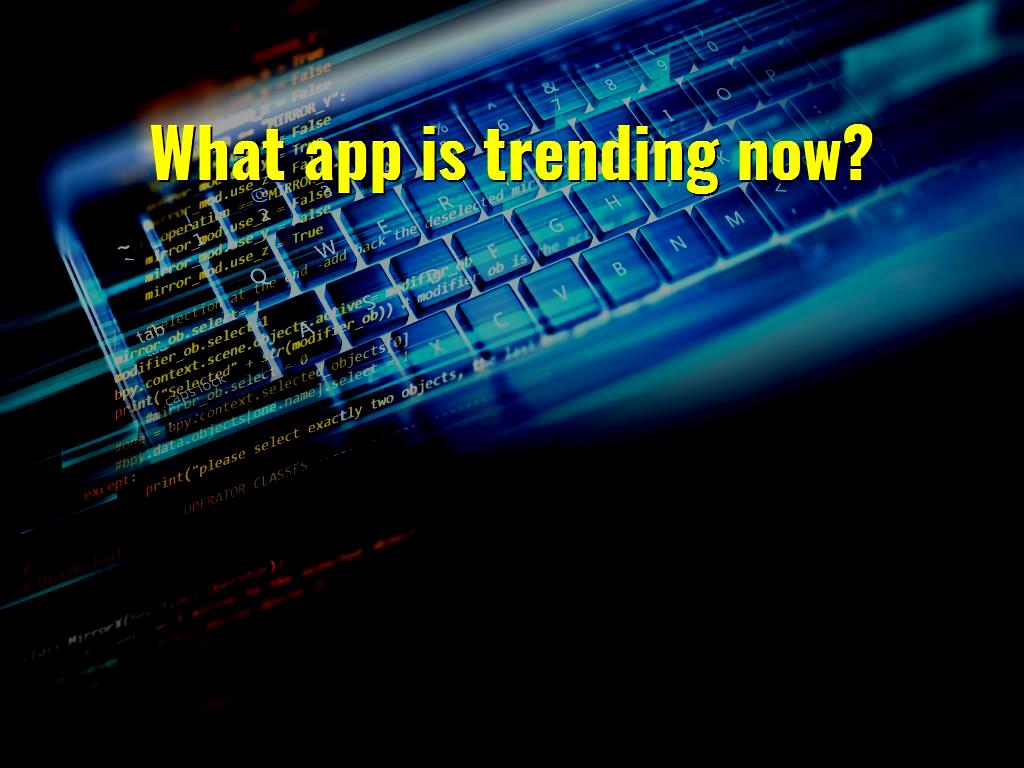 About our Android and iOS app development services
Can you build an app yourself?
Is Python easier than Java?
Different types of notifications in Android systems
How do I start developing an app?
How To Create a Storyboard For An App
How do I install an app on all devices?
What are widgets in applications and how can they be created?
ContextMenu replaces Windows right-click on Android app

50 mobile app ideas for 2022 that haven't been made yet
How do I make my Android app silent?
How do I use BoxView in Xamarin.Forms?
Is Xcode free for Windows?
How do I download or run an APK file on iOS?
How many apps are there in the world? (Total number of apps in different stores)
How do I create a travel agency app?
Create Pop-ups in Xamarin.Forms for Windows
Platforms for designing applications without coding
Different types of notifications in Android systems
What Does a VPN Hide? An Ultimate Guide
How much does creating an app cost?
Scroll to top