If you want to start making your app, you will probably need help from expert people and designers. We will review the steps before starting an app. 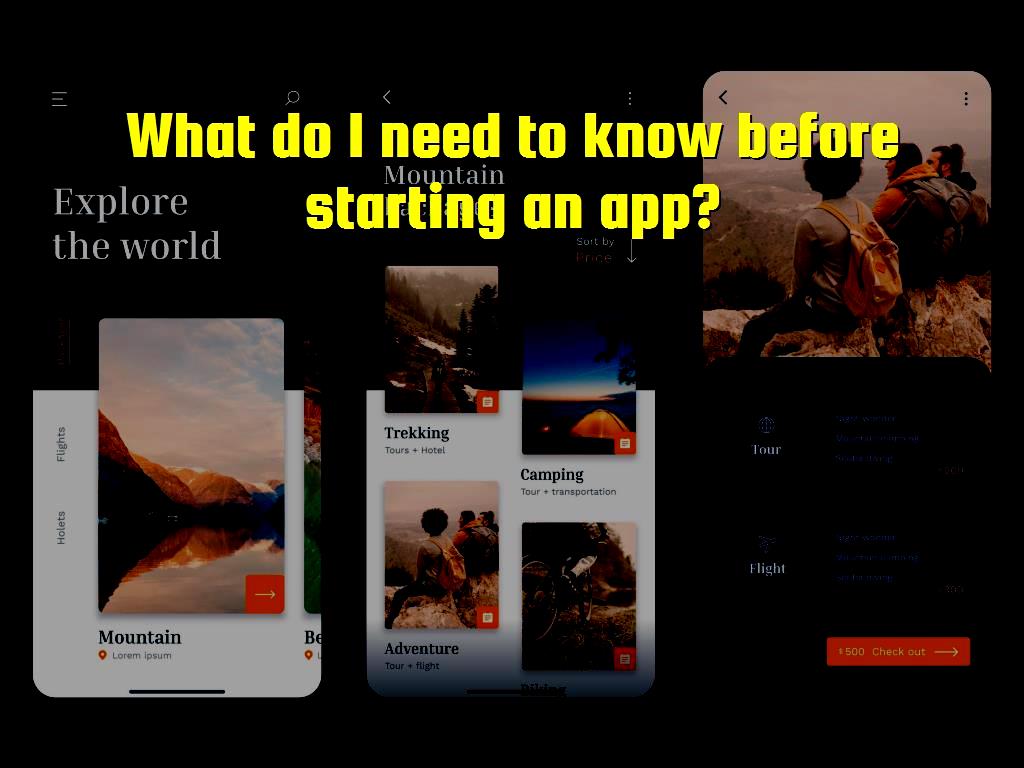 You have noticed the expansion and influence of mobile phones in people's lives, and most people are busy spending hours on social networks daily. Today, most web browsing, online shopping, searching, booking tickets, visiting exhibitions, and online classes are done through the tools available on mobile phones, including websites, web applications, and applications. Due to the availability of the mobile phone during the free time found during the day, users quickly go to the mobile phone and make bank payments, money transfers, ticket purchases, and all their necessary tasks without the need to sit at the computer desk or turning on your laptop.

After a hard day's work, lying on the couch and using a mobile phone is pleasurable, and this matter has a very high advertising value.

The expansion of social networks has also turned the mobile phone into a very important and accessible tool, and there is almost no one who does not have a phone in their hand and does not use at least one of the features of their mobile phone during the day. So why not use this possibility effectively? Why shouldn't we have an easy-to-access web app or an app that can be installed on a mobile phone for business development and prosperity? But designing an application or web application is not that easy. It requires a series of basic and important information that a person who wants to order an application or web application must know.

First, as a contractor requesting the application, you should check what you want for your business and app. After that, you should draw the wireframe of the application, a simple page-by-page drawing of the final application you want, in the form of very simple designs on paper, and send it to the project's graphic artists. After hearing the scenario and seeing the designed wireframe, the graphic designers will ask you questions. According to your tastes, they will design an overall plan for the application, corporate color, logo, etc.

In general, web application or application design consists of two parts: front-end and back-end. Special back-end programming languages are used on the back-end side, and according to the user's request, information is extracted from the database and sent through the web. The service or API sends to the user on the front-end side. The act of reading the user's request, taking the information from the database, and sending it to the outgoing user is called back-end processing, which requires a lot of expertise, some of which will be mentioned in the following.

To improve the back-end environment, we need a server, which many companies offer private, shared, or cloud servers, etc.; with a simple search, you can get information and choose the best server. According to the number of clients we will have, we should choose a suitable server, which servers can be divided into two major categories: Linux or Windows; depending on the back-end language used for the project, a Windows or Linux server should be purchased.

After preparing the server, for the ease of use and security of the server and many other things, it is necessary to install the control panel is purchased and installed on them. They have different prices that service providers usually offer.

- Choosing and buying a domain

A space called a host is needed to run back-end scripts and insert database information, and for easy access to the host, a domain needs to be prepared. Regarding selecting the right host and domain for cartoons, you should consult with experienced experts and buy a host with suitable space and a domain suitable for your brand and activity.

After that, the back-end programmers start working and upload the scripts, and the databases are ready to store information and provide services. Then a web service or API is written for every activity the user needs and is ready to request and provide services. Simultaneously with the design of back-end services, front-end programmers are also working, and according to the design that the graphic designer has designed with the user's comments and the project scenario, the front-end scripts, which are mostly related to the appearance and graphics, will work as the project is planned. Then combining these back-end and front-end scripts and connecting them completes the application or web application, and the output is delivered to the customer.

As you know, in most smart mobile phones, there are Android and IOS, each of these operating systems has its features and advantages, and you cannot say which one is better. It depends on the user's opinion and experience of use. Android is an open-source operating system that most reputable companies have used, most file formats can be used, and most markets can share Android applications. 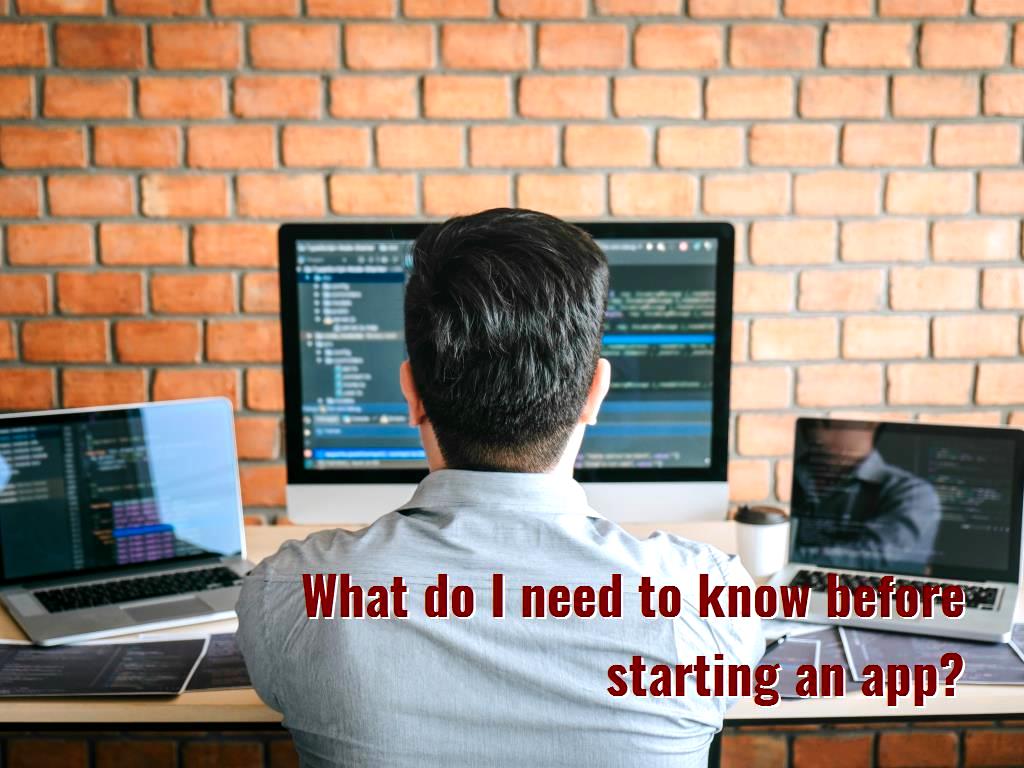 The difference between Android and IOS applications

Android applications are more efficient than iOS applications. iOS phones have an operating system that limits functions and access. All iOS operating systems can be installed on Apple devices and cannot be installed on other devices. We don't care if this possibility is good or bad, but IOS users must get the applications they need from the market. Unfortunately, the IOS market has banned some countries, and as a result, the users in some areas cannot get the apps they need from the app store directly, and they may need some VPNs connected to other countries' IPs. On the other hand, Android phones, in addition to being able to download applications on any market, have the option of installing applications through social networks or installing app files, which are the executable output of any application.

There are many ways and various programming languages to design a mobile application. Some companies write programs only for Android applications, called native Android applications; others write programs only for iOS applications, and they are called native iOS applications. Well, this is the method that has existed since the beginning, and usually, Android natives are written with Java programming language, and iOS natives are written with Swift language. In choosing this method, you are faced with two teams, and at least two programmers must do everything; many companies do not have two groups together, and you have to entrust the application to two separate companies, which has difficulties. After some time, large companies realized that the design of native applications might have higher speed and security or use more hardware capabilities. Still, the design and implementation of the project on two platforms are difficult and time-consuming, so they thought of ways to get two outputs through one programming code and reduce the time and money costs of project production. Therefore, the method of producing hybrid applications gained strength and progress. It can be said that React Native and Flutter are among the leaders in this field.

1. Considering that a lot of expertise is needed to advance a mobile-oriented project (application or web application) and considering the very good user experiences that the user has seen from prominent applications, you should select a proper team for designing the application. And usually, one person cannot have all the necessary expertise. Therefore, choosing a professional team with experts in graphic design, back-end scripts, and front-end programming languages is very important and can be very effective in forming a project with a powerful and qualified output.

2. Currently, many companies outsource the project after taking the work from you. Hence, it is very important to choose the right company, see the working environment of the company's personnel, and ensure that the company has a professional team. Because the support of a startup is more important than its design, every startup should count on the technical support of a professional team.

3. The discussion of intellectual property of ideas and work and ownership of script sources is a very important issue that should be investigated and determined at the beginning of the work.

4. It is imperative and vital to use suitable servers that do not increase the project's cost and have the possibility of upgrading in proportion to the increase of users, and the use of reliable companies that provide hosting services or SMS, etc.

5. Using the appropriate brand name, domain, and logos appropriate to the brand name and registering them will help in branding and expanding the business.

6. Note that it is better to cooperate with a company that, in addition to having a strong technical team, also has an SEO, marketing, and content creation team, which is an advantage and will reduce many of your advertising problems.

About our Android and iOS app development services
How do I use Combobox in Xamarin?
Is it hard to develop an app?
ContextMenu replaces Windows right-click on Android app
What is application layout and how can it be done?
Does it cost money to release an app?
Factors to consider before making an app
How to work with cameras on Android devices in two ways
What are the services in Android systems and when are they used?

Cloud Firestore and how it works as a mobile app database
Top 8 Best Wi-Fi Hacking Apps in 2021
Enabling Xamarin Push Notifications for all platforms
How do I use Combobox in Xamarin?
Top Linux Hacking Tools
How many apps are there in the world? (Total number of apps in different stores)
What are the three most important skills of a great developer?
how to complete Facebook,LinkedIn,and Twitter social networks on Android systems
How to set up phone sensors for fingerprint authentication
What is the purpose of Xamarin?
How to send email on Android systems and what are the ways?
What is cross-platform coding in mobile app development?
Scroll to top