What is alertdialog in android and in what cases can it be used?

AlertDialog is a feature in Android systems that can be used, and in the following, we have dealt with the topic of What is alertdialog in android and in what cases it can be used.

have a text that informs the user and contains several buttons that are performed according to the desired operation and the text in which it is written. AlertDialogs can be used to display warnings, delete notifications, inform users. AlertDialogs can hold up to three buttons, and users can perform the desired operation according to the text inserted in it. If you want to know about this and create a project or work with AlertDialog, we suggest following this tutorial. 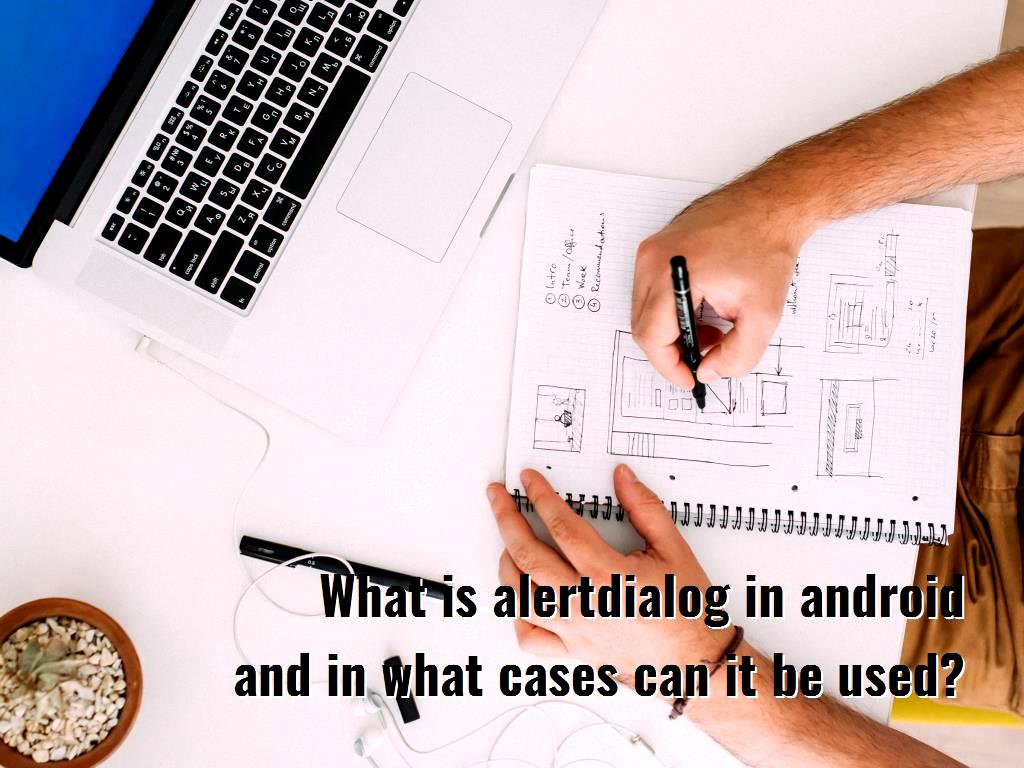 1-  Create a new project in Android  Studio called AlertDialog (alert dialog android studio). Of course, it should be noted that the project's name is arbitrary, and you can choose another name for it. The chosen name for this project in this tutorial is AlertDialog.

2- After creating the project, it is better to create an Empty Activity.

3- In this project, we need the appcompat-v7 library to perform our desired operations. It is better to add it to the project as well.

4- In the activity, we create an example of this, and of course, we choose the desired name for it. For example, the name of choice in this project is alertBuilder.

5- We have to do the following inside the onCreate method.

In the code above, AlertDialog.Builder currently receives a parameter, which is also Context.

Be sure to select AlertDialog, which is related to the support library.

7- Then, we complete it as follows.

In the codes listed above, we have used only one parameter and method; So, the message that will be shown to the user has a button. That button will also be displayed as Yes.

We knew that entering the above code would create an AlertDialog that would show the text to the user and that the text would also have a Yes button.

Then at the end of the code, we used the create () and show () methods to create and display the AlertDialog.

8- We run the project to see the result.

9- After running the project, we will see that all the changes and settings that we have applied for it have been successful, and its output displays an AlertDialog with a button.

10- Define a Listener for the button we created.

11- Replace a Listener of DialogInterface.OnClickListener ().

We knew that if we define commands inside onClick, it will be executed by touching the button.

12- Add a Toast message to the Listener.

13- We will implement the project.

14- After executing the project, we will see that the corresponding message will be executed by touching the Yes button.

15- Then, we add other methods to the activity as below.

17- After running the project, we see that three buttons have been added to the AlertDialog.

18- The button related to the Neutral Button is located on the left.

19- To add an icon to the AlertDialog, we can use setIcon.

The code above to add an icon defines an icon called logo.png located in the project's drawable directory.

21- We use the setCancelable method to fix this  alert dialog  error problem and set its value to false.

By entering the above codes, we cause that if the user clicks or touches somewhere other than this window, the AlertDialog window will not be closed and will remain open.

22- The complete codes that should be included in the AlertDialog section are as follows.

23- If we want to write the code concisely that reduces the volume of code in the project, we can change and complete them as follows.

25- Then, we have to define all the codes related to AlertDialog inside a separate function.

26- The codes that should be in the activity_main.xml section are as follows:

27- The complete and final codes that should be in the MainActivity.java section are as follows:

28- It should be noted that another feature and capability of AlertDialog is to show a list of items for the user, and the user can choose from the items that are displayed as a list.

Therefore, we must apply the settings so that we can display the list using AlertDialog, and that list also contains options, and the user can select an item from among them.

If we want to say it so that you understand better, we will give an example that the user can use this AlertDialog feature to determine the level of difficulty and ease of the game steps.

31- Then, we display the defined values ​​using setSingleChoiceItems. Like the following:

The method in the code listed above has three parameters and input, the first input of which is items, i.e., the values ​​we have specified for the list items.

In the second parameter of this method, we can specify which of the values ​​and items in the list are selected by default. In this section and the codes listed above, we entered a value of 2 for this parameter, which means that the count starts from element 0, and if we want no option to be displayed by default, we must enter a value of -1 for it. Determine.

The third parameter of this method is the Listener, which we have nothing to do with, and we set its value to null.

You must note that the setMessage and setSingleChoiceItems parameters can never be used simultaneously.

32- The complete code that should be in the MainActivity.java section is as follows:

33- Then, we have to run the project to see the results.

34- It is also possible to define Listener for the setSingleChoiceItems method.

35- To do this, we define an example of a String with an arbitrary name in the activity.

36- Then, we have to complete the Listener as follows:

By inserting the above code into an activity, we cause the user to print the name of each item he selects from the lists inside a Toast.

37- It should be noted that we can even  style the AlertDialog.

38- Add a style to styles.xml and choose its name as desired. The name chosen in this tutorial is DialogTheme. 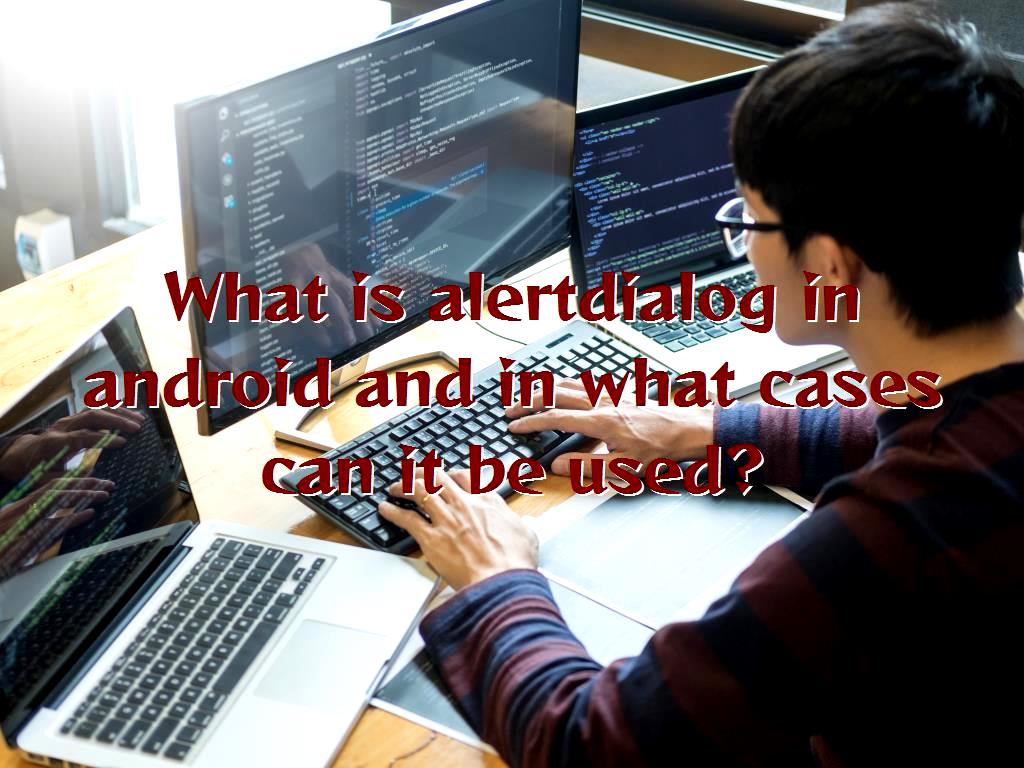 40- It should be noted that to connect the style we define to the dialog so that its styles are connected to the dialog and make changes, we must specify it as the second input parameter of the AlertDialog.Builder.

If I set the style as the second input parameter of AlertDialog.Builder, we can apply the defined styles to the dialog.

41- If we want to define a border or radius for the dialog window, I must create a resource file inside the drawable directory.

42- The codes that should be in the dialog_background.xml section are as follows:

In the code above, inset Left and the other three can specify the distance of the dialog box from the screen.

In the code above, we have a shape tag in which we set a value for the curvature of the dialog corners, the background color of the dialog, the thickness of the border bar, and its color.

43- Replace the background property with the code below in the DialogTheme style.

44- It should be noted that we can also determine the color of the buttons separately.

45- To do this, we add a few buttons to it and apply changes to it to change the color of the buttons. Like the following:

46- Then, we have to define separate styles for each of the buttons and add them to the DialogTheme below.

47- If we run the project, we will see that each button has color and style.

48- Another feature and capability of  AlertDialog  can be called Custom Layout.

49- Using these features and capabilities, I can apply changes and settings so that, for example, in the dialog window, the Username and Password fields are added so that the user can use these ways to access his account in entering  the application.

51- The codes that should be in the custom_dialog.xml section are as follows: 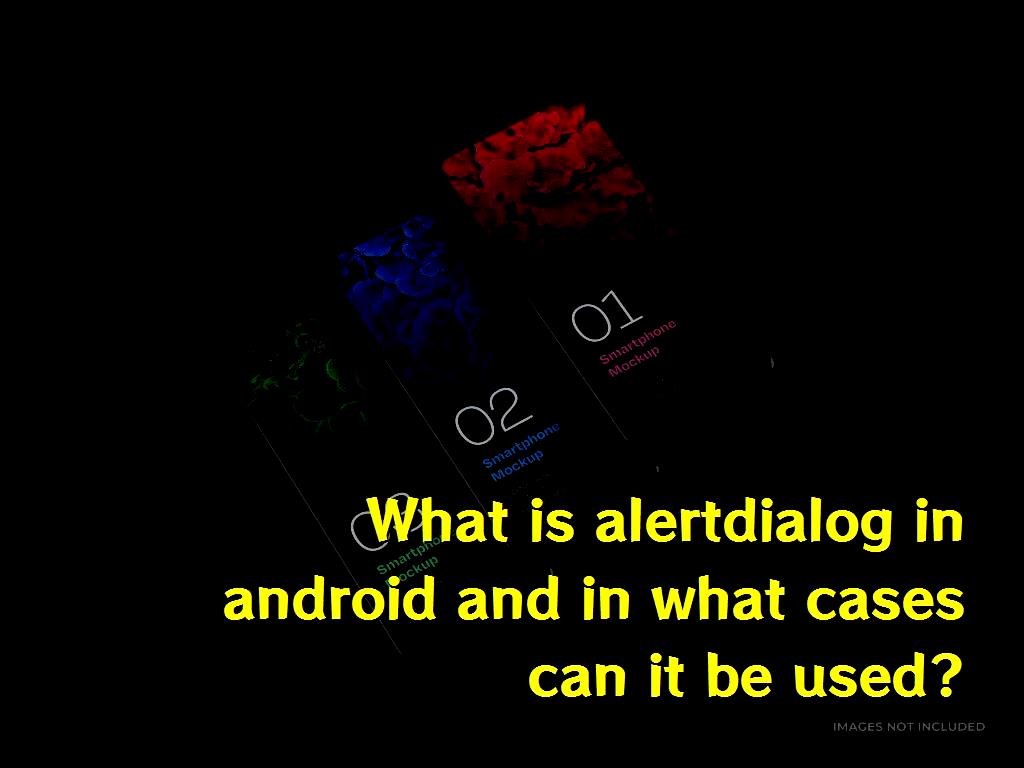 52- Use LayoutInflater to inflate the top layer and add it to AlertDialog using the setView () method.

You can even select an icon for AlertDialog, and you can select and display the appropriate icon depending on the message type.

If you follow all the steps mentioned in this tutorial carefully, you can create a project that can launch it.

About our Android and iOS app development services
How do I learn Kotlin in few minutes?
How many apps are created a day?
What are Xamarin.Android GridView and How to create a nice GridView
What Is Android Compatibility And How It Works?
How long does it take to build an app?
What is the best platform to create an app?
What are snackbars in Android systems and how can they be used?
What is an SDK tool?

Is Xcode free for Windows?
How do I use Combobox in Xamarin?
How To Create a Storyboard For An App
How to send SMS in Android programming and how to configure it?
How to install Xamarin on Visual Studio and system?
Build a temperature conversion application in Android Studio
Can anyone publish an app?
Create Android app with Xamarin.Android
A Study List for Java Developers
How to set up phone sensors for fingerprint authentication
How to design input texts in Xamarin?
How can we give effects to images in Android,how to display them like animation?
Scroll to top