Today, mobile phones are available in different brands and each of them has its own fans, in this article, we intend to examine the issue of finding the best phone in the world.

The number of users looking for the best in the market is increasing day by day, for example, the best home appliances, the best cosmetics, and, most importantly, the best mobile devices in the world.

The best ones have features that have made them so popular among experts in this field and users. These features include excellent camera quality, good battery life for maximum daytime durability, high speed in doing tasks, and so on. They pointed out that all these features can attract users if the product's price is reasonable as well.

There are many different brands in  mobile phone production  and its accessories, the most famous and popular of which are iPhone and Android. In the following, we will introduce some of the best mobile devices in the world and their features.

As we have mentioned so far, it is so difficult to be the best in today's world due to the strict users, so in this article, we cannot just introduce a model and suggest all users with different interests to buy a specific model because some users prefer the largest possible screen along with the most advanced specifications, some only care about the quality of the camera, etc., which is why this article is written in such a way that it can be helpful for users with different interests and budgets.

What are the best phones?

The popularity of the iPhone is very high among users. This brand launches a new phone on the market every year. It has also launched iPhone 13 Pro Max in the past month, which has been able to gain a lot of popularity.

This phone has a perfect camera, which can attract a lot of people to it because as you know, these days, all people want to record their moments with high quality, and also due to doing a lot of daily tasks with the help of mobile devices, camera quality has become indescribable important because it can meet the needs of users.

As we have mentioned, it has very advanced cameras that allow its users to take pictures with new styles. Also, this camera has a new macro mode that users can use and creates a cinematic way for shooting that ultimately provides autofocus between subjects and provides excellent quality for images and videos.

Other features of this device include its high battery life, which saves the battery for about 12 hours so that people can use it without any worries.

The phone includes a new 6.7-inch ProMotion display, which is great for people who work with their phones, such as animators, because it has a large screen, smooth and silky up to 120 Hz, and it is very practical.

It should be noted that the iPhone 13 Pro also has almost all the features of  iPhone 13 Pro Max, with the difference that it has a smaller screen, and it is suitable for users who want to use smaller phones.

In general, this iPhone can be a very good choice compared to Android phones due to its facilities, but it should be noted that the Samsung brand also has great features that have attracted many users.

One of the most popular brands in the market is Samsung, in which we intend to review  the Galaxy S21 Ultra.

This phone has very attractive features, among which we can mention the 6.8-inch screen with Quad HD resolution, which can be said that it has the best smartphone screens on the market.

Other features of this phone include good battery life, which ultimately enables the user to use it throughout the day just by charging your phone once.

The camera of this device has high quality and is 108 megapixels, which can keep its users satisfied.

A point that should be mentioned about Samsung Galaxy S21 Ultra is that it is necessary to provide the charger separately, and there is no charger in the box of the phone you have provided.

Compared to the Galaxy S20 Ultra, it is much more affordable, and it is a good offer for different users.

OnePlus 9 Pro  is also one of the most popular phones with attractive features. This phone has a very good camera compared to previous OnePlus phones, competing with Samsung Galaxy S21 Ultra and Apple iPhone 13 Pro Max.

Other great features of this device include having a great screen that users can use to do their work, such as  application design, site design (in Slovak:  dizajn stránok  ), and so on.

But in general, this phone does not have a good battery life, which as you know, is an important issue because it can create a bad user experience for its users while using it, we suggest that if you want to buy this phone, you have to analyse all its features and finally see whether it is worth the high price or not. You can make the best decision in this field.

Another Samsung brand's phone that is very popular and affordable is the  Galaxy S20 FE, which has great features, some of which will be discussed below.

This phone has a 6.5-inch screen that can meet the needs of its users. Still, the camera of this phone is also very suitable, which includes three times powerful optical magnification and 30 times impressive spatial magnification.

If you are very interested in the iPhone brand and want to pay less than the price that you have to pay if you want to buy the iPhone 13 Pro Max, you can go for the iPhone 13.

The camera of this phone has a lot of capabilities. It allows the user to provide a cinematic mode for videos which gives you the opportunity of taking high-quality photos and videos.

The screen of this phone is 6.1 inches, this type of phone has a good battery life, which is also very important as you can guess, for example, imagine that you are doing your daily tasks with your mobile device. Still, due to lack of charge, your phone turns off which can make you so angry, this is why battery life is of great importance.

One of the most popular features of this phone is the Zoom Lock camera, which allows its users to zoom in 30 times.

The other attractive feature of this phone is that it has a feature called Single Take 2.0 for taking photos and videos at the same time. This ability has attracted a lot of users to date.

Features of Samsung Galaxy Z Fold 3 include IPX8 water resistance, aluminum armored frame, and Gorilla Glass Victos screen, etc., all of which have attracted various users to it.

While buying  a Samsung Galaxy Z Fold 3  for an additional fee, you can use additional features such as a pen to make working with the phone easier for you.

Simply put, this phone is the best Samsung clamshell phone ever available, and users who are interested in these types of phones can use it. 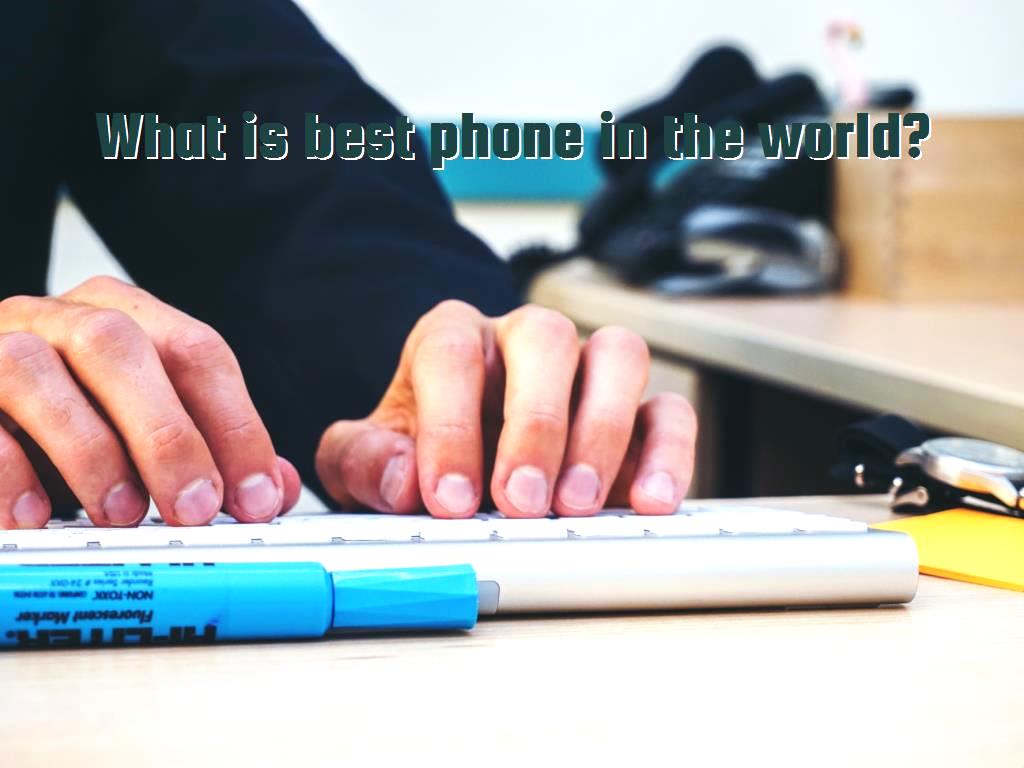 In general, there are many phones in the market, each of which has a lot of fans. In this article, we have discussed some of  the best phones on the market. We have also analyzed their superior features so that users can finally be able to choose the best one among the other available phones, you should never forget that before considering the features of the mobile devices on the market, you should pay attention to your needs so that you can make the best choice according to your needs, we hope you find the content in this article useful.

Click here to create a mobile app
Important points in buying a children's smart watch
How to Design an App Logo That Will Make You Stand Out
Why online payment is better than cash?
What is the most useful application?
How to create an apple developer account for iOS apps
How to design input texts in Xamarin?
Top 5 Hybrid Mobile App Development Frameworks
What kind of apps do people like the most?

How do I use BoxView in Xamarin.Forms?
Top 8 Best Wi-Fi Hacking Apps in 2021
Build a temperature conversion application in Android Studio
SQLite.NET as a Local Database in Xamarin.how it works?
How do I use Combobox in Xamarin?
Common problems in smartwatches
How to send SMS in Android programming and how to configure it?
What are the activities in applications and how are designed in Android apps?
Xamarin app programming vs. Swift development for iOS apps
Is Python easier than Java?
How much does it cost to make a Buffer app?
How to create a list of items in Android
Scroll to top