What is cross-platform coding in mobile app development?

A cross-platform programming allows developers to build a mobile solution that is simultaneously compatible with mobile operating system as iOS, Android, Windows and etc.

With the arrival of technology, our lives have become confined to digital assets.  Mobile apps  go on to grow in popularity. However, the variety of functions of systems was a real challenge for both software and hardware developers. There are real apps that you can install on your smartphones. A platform means an operating system. Cross-platform mobile development is the creation of software applications. All default applications on smartphones depend on the OS. Their codes are written in different programming languages, Like Java, Kotlin, Swift, C++and other languages.

Each device and system has its programming interface for dealing with applications. 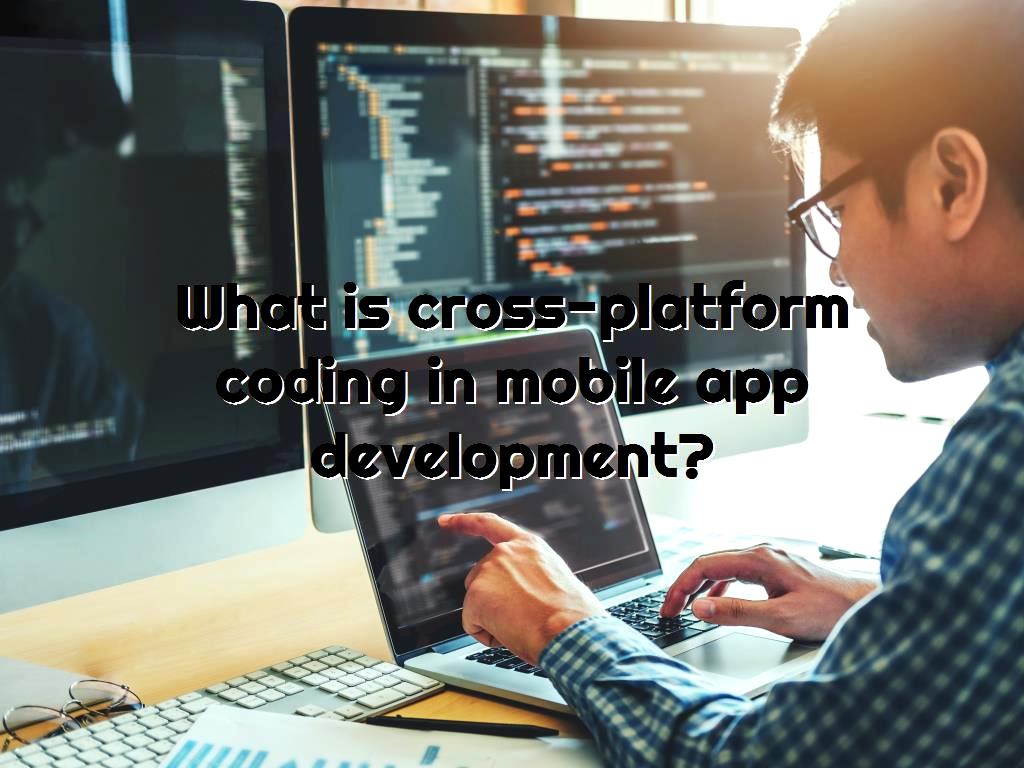 Difference between Native and cross platform

Native vs. Cross-platform apps are an age-old debate. Both of them are in a constant state of evolution. And also, they have a dynamic list of pros and cons.

Native apps make the best use of resources and utilize the platform's capabilities to their full potential. This means native apps are high-performing fast, responsive, and less likely to crash. Native apps are developed exclusively for a specific platform. For example, a native  app developed for IOS  will not function on Android and vice versa.

Cross-platform apps tend to be compatible across multiple platforms. The apps are compatible with more than one operating system. They are so popular today.

Cross-platform frameworks search to generate apps that reach out to many followers of a brand by covering wide numbers of end devices during the programming and creation process.

The cross-platform  apps development  is based on the concept write once time and running everywhere. This is the best advantage of it. Moreover, Updates can punctually be synced over all platforms and devices, saving time and money. If a bug is found in the codebase, it needs to be fixed just once.

The benefit of cross-platform software is that you can use a similar program on a Windows or Mac.

The advantages of native apps are inclusive of exceptional production. They can handle high-end graphics and animations and provide fast response times. Also, a native app uses the same UI elements and gestures as another platform-specific app.

Native apps have some disadvantages, too.  Creating a native application  can be very expensive for startups. And the anther disadvantage is a native app is developed from scratch, and there's no chance to share the codebases across platforms. Also, designers must do their works twice since each platform's design requirements are different. The next one is about the cost and time invested in the app development of the projects.

But which one them is the best, native or cross platform?

It depends on your business requirements and feature app's intended feature. If you have a good budget and want to go for a high-performance app, native apps are good for choosing. If you have limited budgets, cross-platform apps are a good choice to consider.

There are many current tools and technologies that developers can use to create fast and reliable cross-platform development.

Depending on the tools you can use, the variety of the process and deliverables of  software development  . To create an application.

I have gathered a list of the best frameworks for cross-platform mobile development more frequently used. 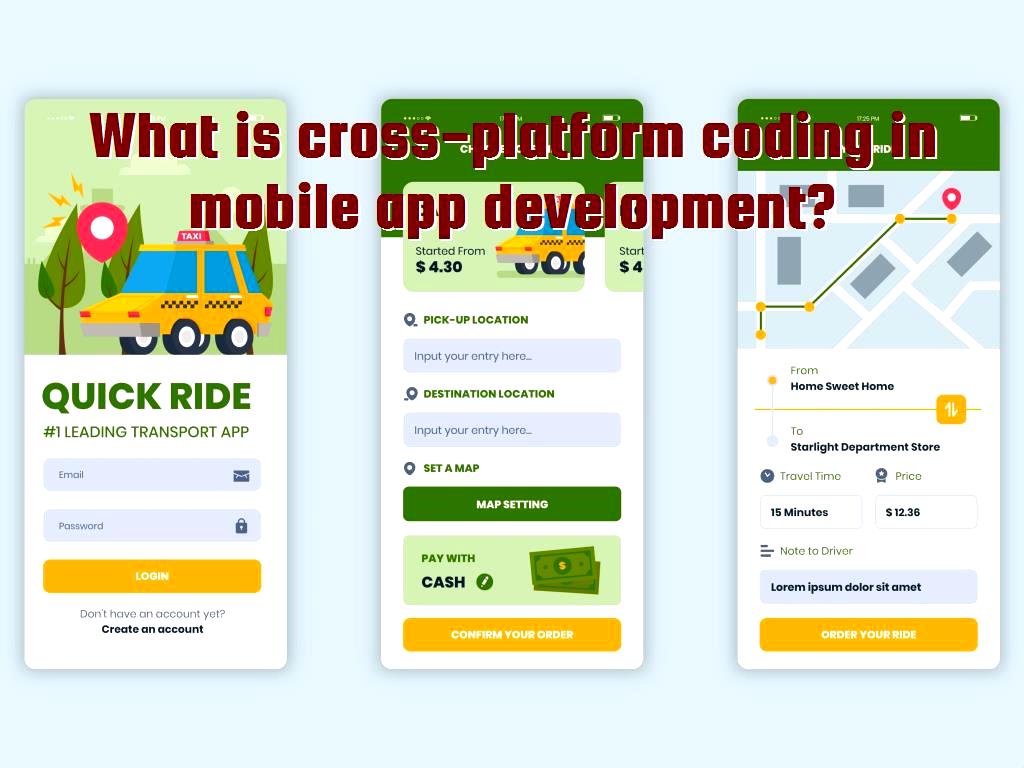 Xamarin is the oldest cross-platform framework,  Xamarin is a leading open-source framework that uses C# programming language, which means it can work on any platform. It is available under the MIT license as a part of Visual Studio. With Xamarin, you can create Windows, iOS, and Android applications. It brings capabilities and the interface of cross-platform applications closer to the Native. Xamarin.Forms, in turn. It is an independent cross-app development framework but was later acquired by Microsoft. It has a strong community of contributors from several companies, allows for sharing codes across platforms, and consists of a single tech stack for faster development.

Xamarin is so expensive for enterprises, but it is a framework that comes free for individuals and startups. It is not recommended for apps that demand a heavy graphic. Each platform has a different method for visual screens. Xamarin offers limited access to certain important libraries.

The great thing about React Native is that framework can convert the source code into native elements, contributing to the native user experience.

It allows for previewing results right away and offers ready-to-apply elements. Developers can easily create mobile apps without obtaining a new programming skill. Of course, a codebase can be shared across platforms, depending on the app's complexity. It also provides access to certain useful native functionalities. React Native refine the speed of development and increase the duration of the debugging processes.

Flutter is another open-source, cross-platform framework  that seamlessly creates native interfaces for both Android and iOS. It was created by Google.

Creating splendid interfaces with Flutter is not a serious deal. It has a Hot Reloading feature, "hot reloading" feature allows developers to see changes that have been made in code within seconds as opposed to minutes.

Also, it uses its own graphics engine instead of a native component.

It shows the highest performance due to the modern Dart language.

Flutter is amongst the top 3 most loved of listed frameworks. Thus Flutter is an ideal framework for spending extra money and time on two separate apps.

Eventually, Flutter is based on Dart, an object-oriented programming language.

Though there is limited TV support with apps built on the Flutter.

Sencha is a leader in enterprise-grade application development. It empowers developers to design, develop, and test cross-platform apps. It provides industry-leading frameworks and tools for desktop and  mobile app development. Sencha has a set of tools and themes that enhance productivity and facilitate optimization, design, deployment, and debugging. These tools are based on modern web technologies. Because of that, developers can build data-intensive cross-platform web and mobile applications.

Lonic is an open source mobile  toolkit for building high-quality, cross-platform Native and web app experiences. It allows the creation of cross-platform hybrid applications for iOS and Android.

It seems similar to React Native, but the conceptions of the single code for different platforms are realized on new levels. Lonic is built to perform and run fast on all latest mobile devices. It offers a free and open-source library of mobile-optimized components, gestures, and tools for building faster and higher interactive apps. Its weak side, though, lies in a low speed and work.

Adobe PhoneGap  is a distribution of the Cordova framework. It is an open-source mobile application development framework usually regarded as the best and the most popular tool for hybrid solutions.

Adobe will do the rest of the deployment work for all of us. We used a command-line interface for creating the PhoneGap projects. It leverages tools available only in the native software development kits for Android and iOS. It is a very cool and fun system that makes it easy to package our PhoneGap apps and deploy them to a different ecosystem.

They're created, apps run in a Web View browser inside a native container on the relevant platforms. 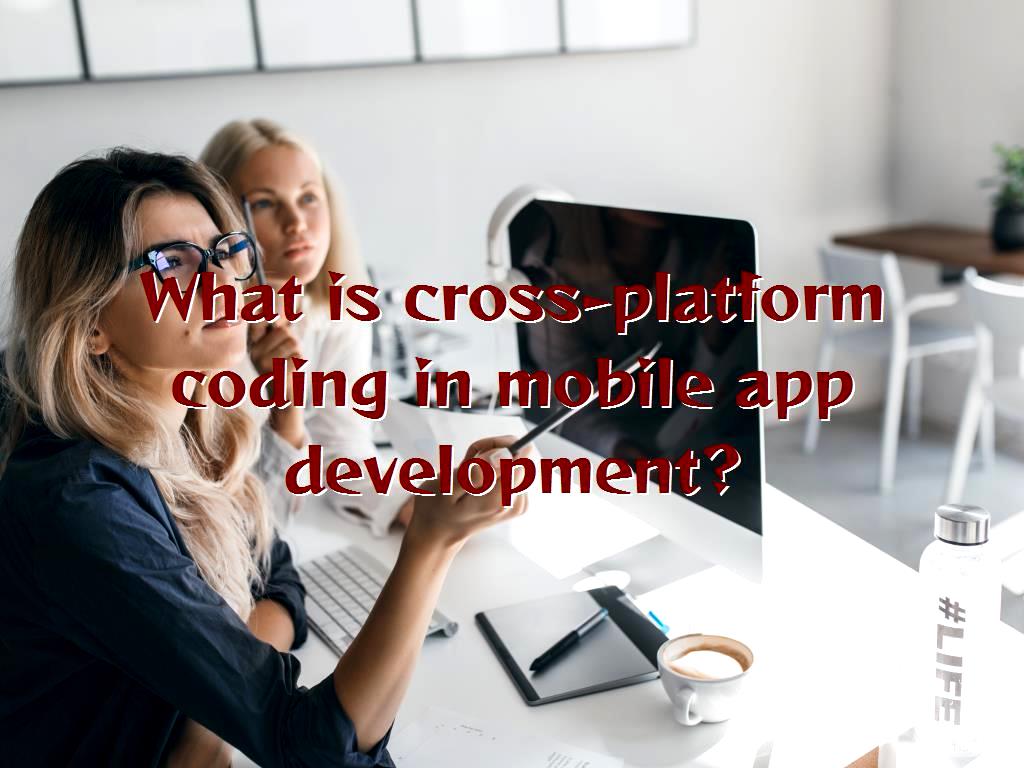 In general, the term cross-platform is used in many different ways across many parts of the IT industry. Cross-platform tools can likely duplicate the performance of native apps. It used to be a low-cost yet poor-quality compromise solution.

About our Android and iOS app development services
Can you build an app alone?
How do you deploy on the App Store?
Why is my phone always optimizing apps?
How do you make a tutor app?
How to create an app for iOS and Android with one code?
How do I start mobile app development?
How do I use relative layout in Xamarin?
Obtain screen size and detect its direction in a variety of Android system

Cloud Firestore and how it works as a mobile app database
How do I use DropDownList in Xamarin?
How do I use RadioButton in Xamarin?
Top Linux Hacking Tools
How do I make my Android app silent?
How to install Xamarin on Visual Studio and system?
50 mobile app ideas for 2022 that haven't been made yet
How much does it cost to build an app like Facebook?
Learn to display web pages in WebViews of applications on Android systems
Can you build an app yourself?
What are the different types of application architectures?
What kind of apps do people like the most?
Scroll to top