What is the best platform to create an app?

Creating an app requires some skills besides the proper platform to design the app. In this article, we will see the most used and most appropriate platforms to make an app.

Choosing a platform to create and design an application is one of the most important and basic parts needed before creating an app for your business or other purposes. Selecting the platform for building an application is one Of the basic steps for building a business application. Several things can explain the importance of familiarity with these platforms. But one of the most important things in determining the cost of building the application. In this article, we want to acquaint you with the types of application platforms, the advantages and disadvantages, and a few details about them. 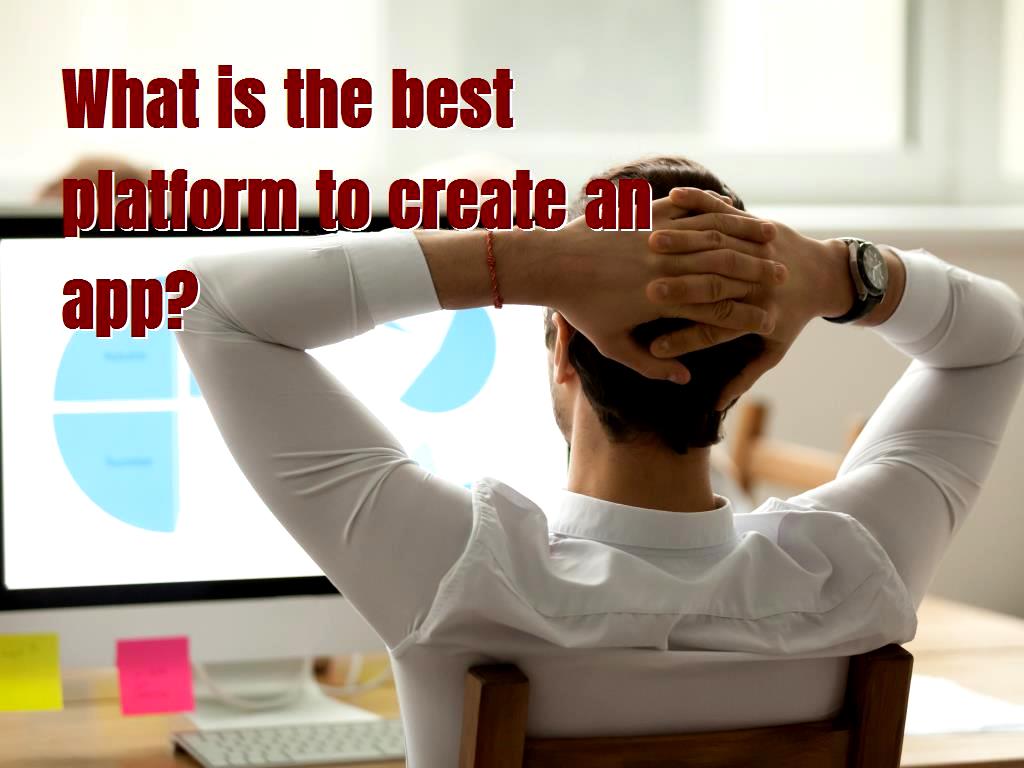 In general, application development platforms can be classified into four categories: personal computers or laptops, mobile phones, web applications, and finally, cross-platform applications. These platforms play a very important role in application design. This section will introduce you to each of these categories in more detail.

As the name implies, these programs need to be downloaded, installed, and run on computers or laptops (the same familiar exe files). These platforms are divided into other groups, such as Linux or Mac OS. The advantages of this platform are rich work experience, speed, and optimal quality of reaction referred to user actions.

In contrast to these advantages, there are several disadvantages, such as the need to download, install and run, which is certainly not possible for all people to install and start using them; there is a need for a specialist to install and run these applications and this will make things difficult. Other problems with this platform include the need to familiarize yourself with the API of each of those sub-categories (Windows, Linux, and Mac OS) separately for coding.

Because today mobile phones are getting used by people widely, this platform is a good option for applications that people may use every hour. The platform itself is divided into other categories, including Android, IOS, and Windows Phone. The advantages of this platform include:

Speed and responsiveness due to its locality.

Easy download and installation due to the existence of app stores.

On the other hand, this platform has disadvantages, including the limited display of information due to suffering from smaller screens than PCs and laptops and the need to be familiar with the APIs of the subset ( Android, iOS, and Windows Phone) suitable for coding separately.

Programming is mostly done in Java language and environments such as Android Studio, E Clips, and Basic Four Android for the Android operating system. IOS with Swift and Objective C language and in XCODE coding environment.

This platform is a very good solution to avoid the weaknesses of PC and laptop platforms and mobile phones. The most important example of this is the ability to run iOS-related applications on the web. Another advantage of this platform is the easy update by placing a new program version on the webserver.

These applications are generally run on web browsers, and their coding is done on both the user side and the server side by experts in each section. For user-side programming, mostly in HTML, JavaScript, and CSS languages, and to build the server-side, AJAX, PHP, and ASP.NET languages are used. There is also another way to build applications on the web called WordPress. WordPress is generally one of the easiest ways to build web applications (without the need for coding). Still, on the other hand, applications have many limitations (although the web platform applications themselves are more limited in usage than other platforms).

Creating an application for a particular platform (so-called NATIVE design) is both more time-consuming and costly.

With this software, you can produce programs for PC and laptop platforms (Windows, Mac OS, and Linux), mobile phones (IOS), and even single-board computers (such as Raspberry Pi).

Zoho is a web-based CRM designed to attract, retain and satisfy customers to grow their business. The core of Zoho CRM is purchasing control and purchasing process management and managing leads and contacts. The Zoho module panel has about ten components, but users can still customize it to suit their business.

This platform is suitable for building Android, IOS, and HTML5 applications. The advantages of this platform are:

- Have calendars and app stores

Free software for making Mac OS, Android, IOS, and HTML5 games through the drag and drop technique without the need for programming information. Other advantages of this software include support for in-app payments.

An environment for building applications for Android, IOS, Windows, HTML5, and BlackBerry environments using the Drag and Drop method without the need to know coding knowledge. Advantages and features of this software:

- Ability to publish applications on iTunes and Google Play

- Ability to place ads within applications

- Ability to communicate with secondary media such as a website

- Ability to change the appearance of the program

Simple and fast environment for building Android, IOS, and Windows applications in cloud environments (without the need to download and install) through Drag and Drop. One of the most important advantages of this program is the ability to add functions through plugins. Unfortunately, this environment is not free and requires a monthly payment of $ 180. 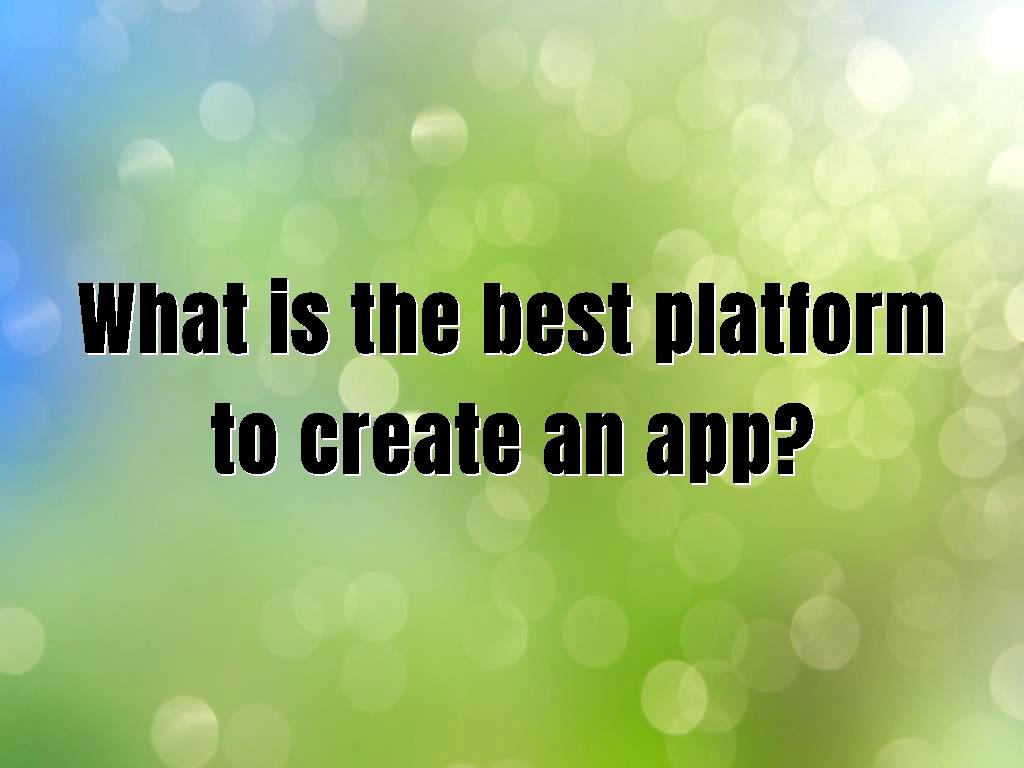 Free software for building cross-platform applications without the need for programming and drag and drop. The most important advantages and features of this software are:

- Take over the analysis of different parts of the application

- Ability to receive comments from users

- Can be connected to social networks and RSS feeds

- Customize the look and feel of the program

NetBeans is another application platform. It is also possible to program and build different types of apps in this environment.

Free and cloud environment created by Microsoft to produce applications and games for Android, IOS, and Windows platforms with C # language. Another advantage of this software is the ability to connect with Visual Studio.

Ability to produce multi-platform applications with JavaScript, CSS, HTML5, and other web design languages such as webview. Apache Cordova is a set of device APIs that allow mobile developers to use JavaScript to access the device's native functions, such as a camera or accelerometer. If you use Cordova with a UI framework like jQuery Mobile or Dojo Mobile, or Sencha Touch, you can make smartphone applications much more beautiful and professional using only HTML, CSS, and JavaScript.

Unity is a multi-platform gaming engine developed by Unity Technologies and first introduced in June 2005 at Apple's Global Developers Conference as the proprietary Mac OS X game engine. As of 2018, the engine was developed to support more than 25 operating systems.

About our Android and iOS app development services
How many apps are created a day?
Keyboards and related settings in Android systems
What is your goal for having an app?
What is CodeIgniter used for? Why Chose this PHP framework?
Comprehensive guide to using smartwatch capabilities
Xamarin app programming vs. Swift development for iOS apps
Is Python easier than Java?
How do you make a shopping app?

How to install Xamarin on Visual Studio and system?
SQLite.NET as a Local Database in Xamarin.how it works?
How do I use RadioButton in Xamarin?
How do I use Combobox in Xamarin?
How To Create a Storyboard For An App
How do I make my Android app silent?
differences between backend and frontend in application development
Can I develop an app on my phone?
Why is my phone always optimizing apps?
How to reduce the size of the program and use of graphic images?
How do free apps make money?
How do I start mobile app development?
Scroll to top