Programming is a broad science that includes many skills, tools, coding, and data analysis. Coding is an operation that is very different from programming AND it is a subset of programming.

As we said, a coder is not necessarily a programmer. Because a programmer is someone who turns an idea into a programming language to solve a problem.

Here are some similarities between programming languages:

- In all programming languages, the syntax and its specific rules must be observed.

- In all programming languages, there is a compiler that translates and converts machine language to human language and vice versa.

- In all programming languages, after entering the relevant code and compiling it, the computer executes the code and executes the result.

There are many programming languages ​​that you can use to

Compiling is the process of conversion and translation that translates the words of the system and the machine into a language that we can better understand. On the other hand, it translates and translates our words and commands into language understandable to machines and computer systems.

In short, writing a few lines of code, with an understanding of scripts and syntaxes and rules, to meet the needs,

design, and development of various types of programs and applications

It should be noted that coding is a large part of the software and application development process, but it is not necessary. To

design and develop an application

, there are some necessary steps that need to be taken.

The steps are planning, designing, testing, developing and then supporting and managing apps ( in French:

In other words, we can say that programming is extensive, and coding is part of it. To program, we must have coding skills to be able to do it. As we said, coding is not the same as programming and programming is more extensive and coding is one of the necessary skills. In addition, programming includes other skills such as analysis and analysis, implementation of algorithms, data structure and understanding of its concepts, as well as solving other problems. 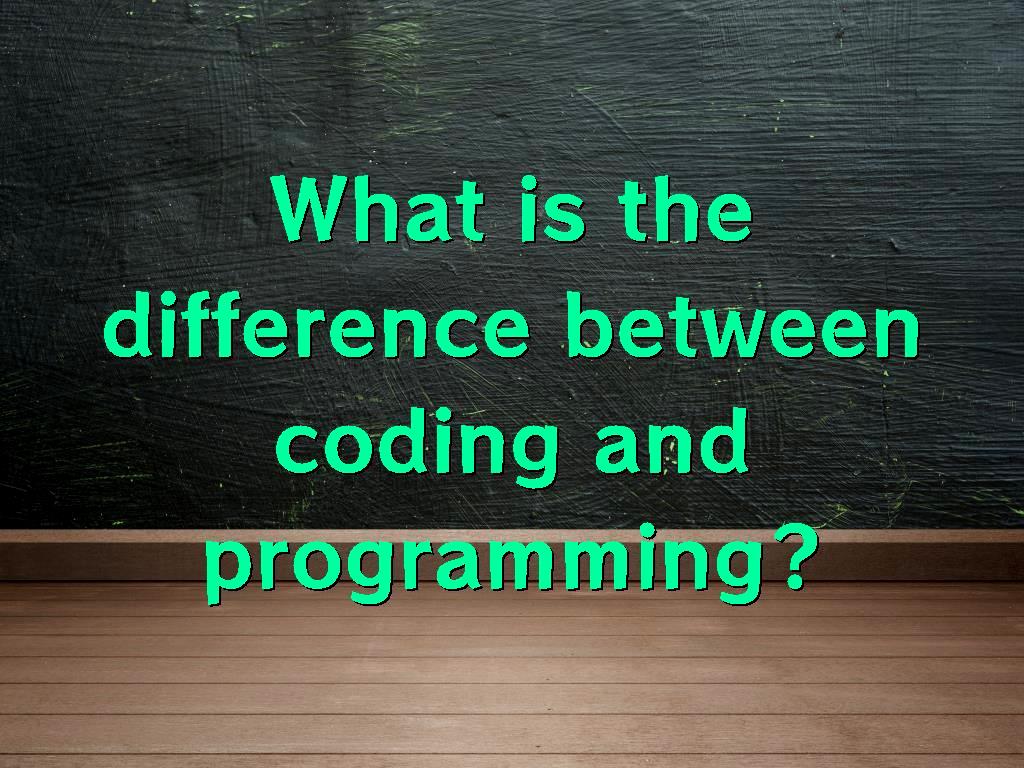 What is the difference between programming and coding?

Coding is subset of programming and programming includes coding. In coding skills, it translates some processes, structures, and instructions into language for machines and computer systems. Before you can do coding, you must know some of the structures and concepts related to the programming language that you want to use and based on.

In Scope programming, however, it is broader and broader, in which it is necessary to define needs, write logic, test, and design and build a standard and executable program.

In this case, the programming was extensive, and the programmer was necessarily a coder, but a writer could not become a programmer unless he increased his knowledge and skills. If programming is a book, coding is one of its chapters.

Programming includes coding and coding is a subset of programming.

The programmer also needs years of expertise and experience to be able to identify needs, define needs, and define logic for them. Developers use imaginative power and analysis for these issues. Coders then use the analysis and structures created by the programmer to code.

In other words, programmers use solutions to provide solutions using expertise, experience, skills, and analytics, and coders learn syntax and related rules, and then use them to solve needs. they do.

If you are a programmer and have complete control over it, the tools you need are very simple. In this case, an experienced and

does not need advanced and intelligent tools for programming, and only with very simple tools such as Notepad or Sublime Text will be able to do so.

Some of the advanced tools are as follows:

The most popular and widely used tools are Eclipse, ATOM and Bootstrap.

As mentioned in the sections above, coding is a process that will have the result of coded codes. In this case, in coding, the coder inserts some relevant code according to the syntax and as a result, it will find its desired output. But the result of programming can be a complete and developed application or project.

If we want to say better than you realize, if programming is a book, coding will be just one chapter of that book.

Even supporting and managing the coding and programming process is different. You can visit some sites like Stackoverflow.com, GitHub, Total and SAP Community Network for support.

To be able to perform the desired activity, coders must know the knowledge and expertise related to understanding the syntax and its rules, so that they can do the coding and achieve the desired result and output.

The programmer, on the other hand, must have experience and expertise in data analytics, data structure comprehension, required algorithm analysis, data processing, and project management.

Consider this and imagine that we want to design and develop an application ( in German:

) to meet our needs and manage our daily tasks. To do this, the following steps are performed:

The programmer must first plan to design the desired application.

Then write the features of the desired program and application.

Then design the program.

In the meantime, the coder converts all wants and needs into code. In other words, it translates into language and text that can be understood by the system and the machine until the computer knows them and gives results.

This article lists the differences between coders and programmers and what each of them should do. But it is worth noting that today coding is one of the jobs that is popular and has fans. The programmer must have high analytical power and technical thinking, and coders must be able to use the concepts of coding to enter the relevant code. A programmer can be a coder, but conversely it is not possible for a coder to be a programmer. 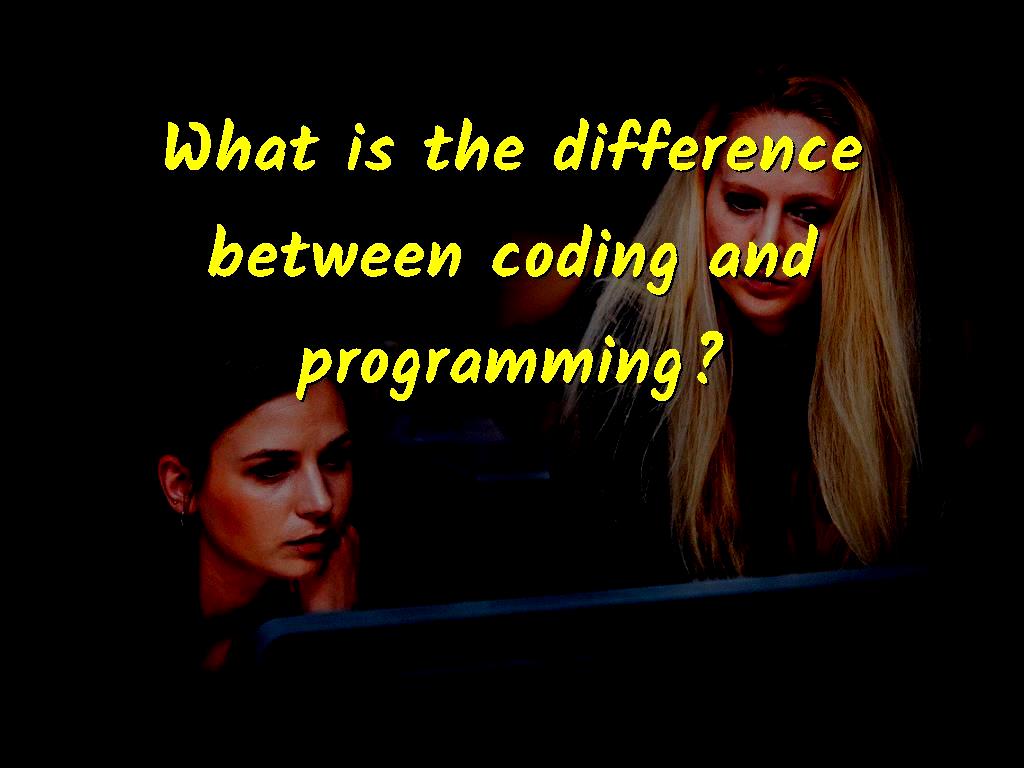 About our Android and iOS app development services
Creating a clipboard in Android and the movements of the Android system
Top 20 Mobile App Development Tools with Key Features
What are widgets in applications and how can they be created?
What is the prototype in mobile application development?
URL SCHEME and DEEP LINKING In Mobile App
Build a temperature conversion application in Android Studio
In what cases and for what can Runtime Permissions be used in Android systems?
How to prevent piracy of software and protect the source code?

How do I use DropDownList in Xamarin?
Top 8 Best Wi-Fi Hacking Apps in 2021
50 mobile app ideas for 2022 that haven't been made yet
How do I use Combobox in Xamarin?
How many apps are there in the world? (Total number of apps in different stores)
Top Linux Hacking Tools
How to create vibrations in Android systems and its types
Localize resources, language, appearance and screen size
Errors and exceptions in Python and how to fix them
How to set up a feature in Android that offer suggested words?
How to build single page applications in Xamarin?
What is Bottom Navigation in Android and why should you use it?
Scroll to top