A prototype is an initial design of a product, service, plan, or something we want to invest in. In this article, you will see the functions of a prototype in mobile applications. 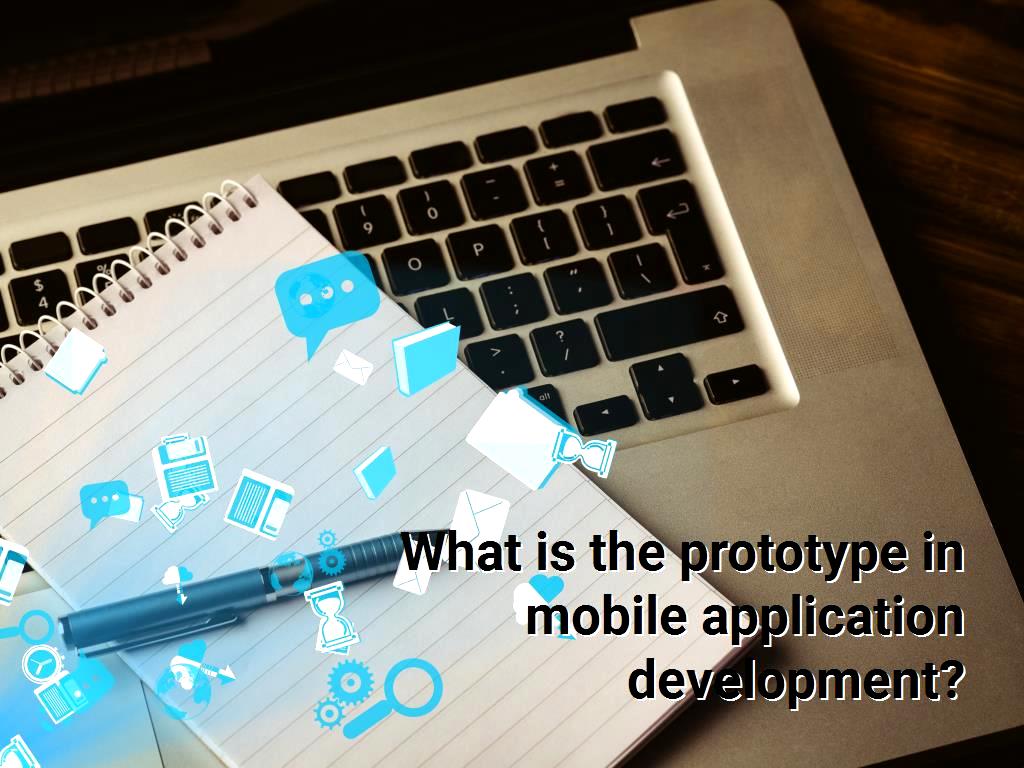 A software prototype is a preliminary preview of a product that can show the product's main parts, purpose, and final performance to the designer and user. Imagine this scenario: You decide to build a new home for yourself and your family. Since you are not a professional architect, you hire a specialist to build the house. The architect assures you that he will build a beautiful house for you; however, he tells you that he can not tell you what the building will look like until the house is finished!

Do you have a problem with this? Probably not asking the architect to show you the future appearance of the house by drawing plans? There is the same scenario for building software. In any web or mobile software design company, designers prepare master plans to determine what the final product will look like. In software engineering or software development, this is called software prototype preparation.

What does prototype mean?

To better understand this concept, we must return to the word's origin. The word prototype is derived from a Greek word, which itself is divided into two main parts: the first part means "first" and the second part means "opinion,"; So, the main meaning of the prototype is "initial estimate."

But why are we so sensitive to the ancient meaning of the word? is for examining a concept, product, or process. This concept is used in product design, electronics, and software engineering. Designers and users generally use a prototype to evaluate a new design and increase design accuracy. The purpose of designing a prototype is to pre-evaluate the final use and overall performance of the product in question and, during the product design process, to evaluate and develop its drawbacks step by step. So, as is clear from the word's root, the prototype will be the initial type of our product.

The software prototype design is how a comprehensive picture of the final product is visualized. Software design is a project that requires a lot of time, money, and effort. Therefore most customers prefer to have a visual prototype of the final product before starting work to carefully examine the details and future performance to have the best result for the product they want to invest in.

The plays the role of a model of the final software that the customer has in mind and simulates its appearance and performance to the appropriate extent. There are different types of prototypes depending on the level of detail, which we will mention in the following. In designing a prototype and using it for software development, we encounter three key personalities:

- The customer, person, or company that wants software goes to the software design team to design it.

- Software Designer or Developer : A person who designs a product according to the customer's wishes.

- The final user: The person who will eventually use the software.

Why do we need it?

Despite the software prototype, many additional costs and hassles can be avoided in the long run. Whenever we need to design zero to one hundred , much effort and time are spent on the initial design phase. The idea of a program must be well thought out and considered to be properly implemented. In software engineering, there is a specific process called the software development life cycle (SDCL).

To properly design and run the software, it is essential to follow this workflow. This process is costly and time-consuming and can take weeks to months. But what steps does this process take? To begin the software development lifecycle process, the developer must know the customer's requirements thoroughly. In the next step, the design begins. In this step, the details of the user interface (UI) and the main appearance of the program are determined.

Then we get to the main stage of coding; even a simple program can take weeks to translate into code; This code must be carefully and repeatedly tested, its bugs should be identified, and all problems in the implementation of the program should be fixed to prepare the program for launch. In some cases, the software may still need to be modified after launch.

Software design in engineering helps us visualize the final product before consuming resources. Of course, the prototype does not need to be an exact copy of the final software, as this would be inconsistent with the prototype design goal! The purpose of the design is to have a compact model of software in a short period to give the customer an overview of the product's appearance and performance. In this case, the customer can decide whether the idea is worth the investment or not. Prototypes also play a key role in developing as user-friendly software as possible. The benefits of using prototypes in software are many, some of which we will explore below. But before that, let's get a little more familiar with the software design process. We need to know what types of software prototypes there are and which ones will give us the best results.

There are three main ways to design software. Together with your software development team, you can explore the pros and cons of each of these methods and choose the most appropriate one according to your project needs. However, not all types of prototypes are limited to these three, and other types of prototypes may be appropriate for your project.

Undoubtedly, the name of this type of software fully expresses its main feature! As the name implies, the disposable prototype is discarded immediately after the eventual form of the software is finalized! This prototype model is also known as fast prototyping, and its main advantage lies in saving time. The designer can quickly bring some design ideas to paper, which may even look like a raw drawing! Some key features may also be included in this prototype model.

As soon as the client and software developer realized the basic needs of the program with the help of a disposable and knew what to expect from the final product, the was either discarded or reused for minor parts. As a result, we can say that the disposable is fast and inexpensive and therefore allows us to get feedback in a short time.

User interface design also requires coding, and with the help of this prototype model, the user can test the product for pre-finalization and check if it is user-friendly. Over time, after user feedback cycles, the prototype evolves, advanced product features are added, and eventually, it becomes a complete prototype of the final product.

This prototype model may look similar to the evolutionary prototype, but major differences exist. While the evolutionary prototype focuses on starting the design from the ground up and building the main skeleton, the incremental prototype works because the whole product is divided into smaller parts, and each part is designed separately. Each section will have its prototype and will be designed over time. Eventually, these functional prototypes will be put together, combined, and shaped into the final product

- Other types of prototypes 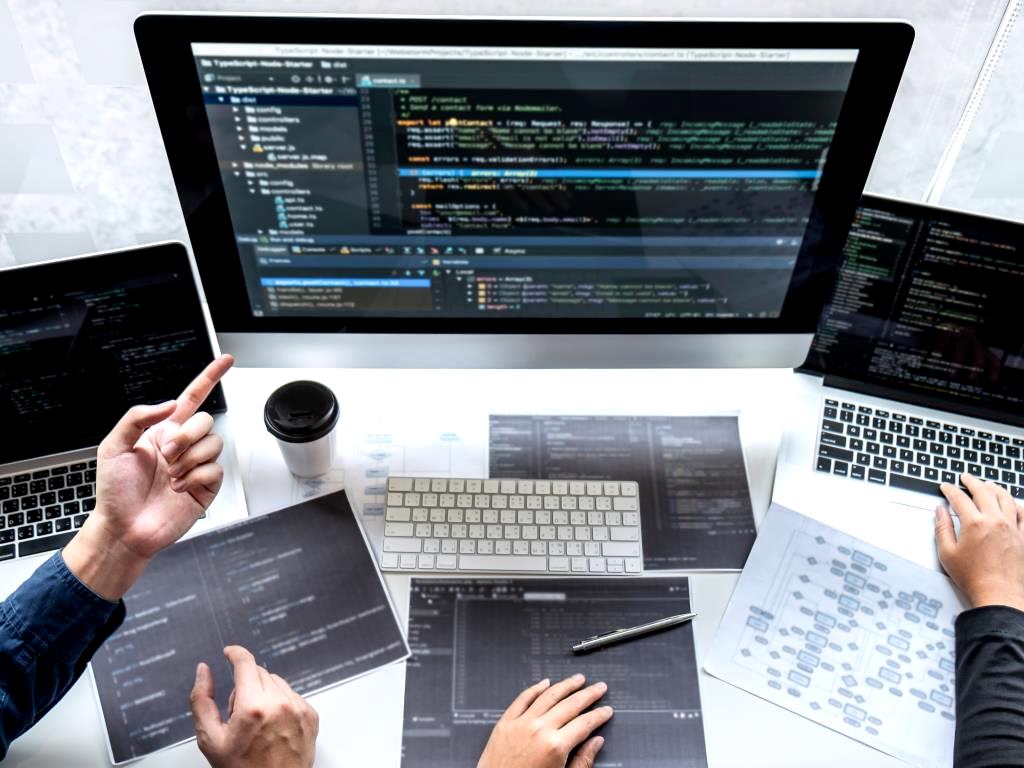 How to choose the most suitable type of this?

While there are many different types of prototypes to choose from, your final decision on which software design to choose will depend on the following factors:

Different prototypes differ in detail, coverage of product features, and time required for design. It is important to consider these factors before choosing the type of prototype and selecting the most appropriate type of this based on need. At this stage, the customer and the designer can agree and select the desired to better determine the characteristics of the product.

Click here to create a mobile app
How to reduce the size of the program and use of graphic images?
Create Pop-ups in Xamarin.Forms for Windows
The best Skype hacking tool to hack any Skype account
Creating a clipboard in Android and the movements of the Android system
What is app styling and how is it done?
How To Promote Your Mobile App and Get More Users
How do I download or run an APK file on iOS?
Which one to choose? mobile app development or web development?

Common problems in smartwatches
How many apps are there in the world? (Total number of apps in different stores)
How do I use RadioButton in Xamarin?
How do I download or run an APK file on iOS?
Build a temperature conversion application in Android Studio
Is Xcode free for Windows?
How to implement In-App-Purchase in iOS and Android apps
Examples of apps and games success stories
How do I use DropDownList in Xamarin?
Top Linux Hacking Tools
How long does an app takes to develop in average?
Different types of font resources in Xamarin and how to use them
Scroll to top