What is the purpose of Xamarin?

In this article, Xamarin is explained in general and in detail, and we talk about the development of different operating systems.First we should know that,what is Xamarin? 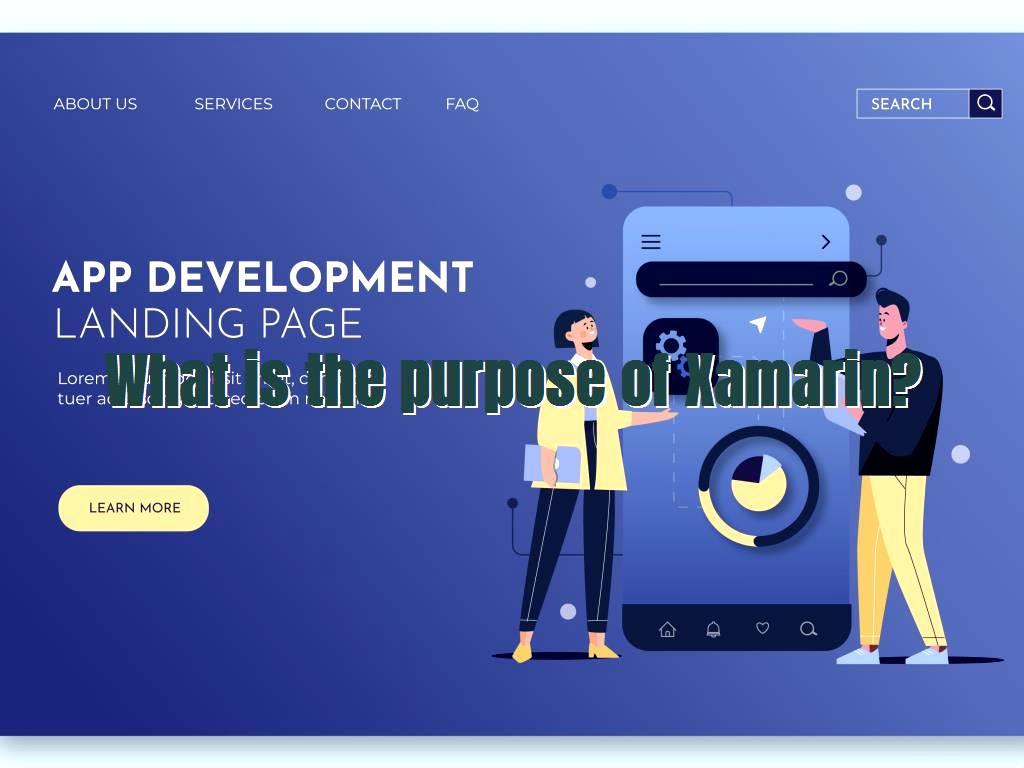 this application is an open-source platform that is used to create Android apps (in French:  créer des applications Android  ), IOS apps, and has ". NET"

Xamarin is based on the Mono project, which was purchased by Microsoft a few years ago and integrated into the .NET framework. The language used in this platform is C#, which is used in mobile operating systems.

Today, this application, this multi-platform program, has become instrumental and has become very popular. This platform uses the .NET framework to  build iOS, Android, and Windows applications and re-use more than 90% of the codes. Xamarin has offered quality products that are famous worldwide and have their customers. Large companies in different countries use the services of Xamarin. Examples include  Pinterest  and Bosch. Many such organizations operate on this platform. All this shows that this platform has excellent performance, and everyone can trust it. Another thing that can be said about the reliability and value of this platform is that Statista has introduced it as the most widely used program. The platform's work environment is well managed and offers memory allocation and waste collection services. Developers can share 90% of their applications on operating systems. This allows organizations to write their strategy and work logic in a single language and retain their native appearance. You can write Xamarin programs on PC or MAC and collect them in your original formats, such as apk for Android or ipa for iOS.

Xamarin's goals for development companies are to share code, business logic and test it. In addition, it provides writing for multi-platform applications in C# (in French:  écriture pour des applications multi-plateformes en C#  ) with visual Studio.

Using Xamarin, write down their strategy in C# and share it. Xamarin is built on .NET and works with basic operating systems. Xamarin has links to the SDK platform for Android and iOS, and they are easy to use. These strongly-typed links save less time to run and increase the quality of applications.

You can use a variety of facilities in Xamarin. For example, direct use of Objective-C, Java, C, and C ++ libraries has many third-party codes available to you.

You can also get the information used in Android and iOS (in French:  informations utilisées dans Android et iOS  ).

Xamarin also has services and projects that help you connect to the Java library using a declarative syntax. We told that Xamarin writes its programs in C#, it has a new and modern language to which Java and Objective-c owe their remarkable development. It also has structures such as LINQ, lambadas, and so on.

.NET BCL is used in this application. They also have many classes with database and XML attributes, which can be comprehensive or straightforward, and support String and IO. This way, you can access many libraries.

A modern IDE can auto-complete code, integrate source control, project management, and more. This IDE is called Visual Studio, which is used by this application.

There is also a library called this application. Essentials, with multi-platform APIs that have the main device invoices, simplify many tasks and offer you the same capabilities as the native device.

Another framework we want to mention is Xamarin.Forms. Using this framework, you can  create Xamarin.iOS, and Xamarin. Android and Xamarin. Windows from a common database, share code and create user junctions in XAML with behind-code in C#.

There is also a framework called Xamarin. Mac that is used to  build applications. A document is the latest embodiment of Mac's Apple desktop operating system, called macOS Sierra. This document supports Mac OS X El Capitan, its changes, and how to use and run Xamarin. mac.

The last one we mention is this application Native, which has libraries like Xamarin.iOS, Xamarin.Android and Xamarin.Windows, and you can use it to create custom applications for each platform. Each program also has its UI code, but the sharing method is similar to Xamarin.Forms.

Xamarin is used for Apple Watch and Android Watch devices. The platform builds its apps, and developers use Visual Studio for Mac and Windows to build iOS apps.

The license fee for this program was lost because Microsoft supported it and gave it a go.

It is also supported by Microsoft, JetBrains, Red Hat, and Unity. Sothis application is now known as an incredibly reliable platform.

The size and volume of Xamarin applications are more than native applications. For example, a typical program is half the size of a volume program.

There are no standard learning resources, and the documentation is incomplete. This is a big problem for developers, which negatively affects the quality and speed of their work.

Although many engineers work with this application, they are still very few compared to the iOS and Android communities. But this platform supports its users well and provides users with educational and scientific resources related to this technology.

Unlike previous years, which had separate development tools, this platform is provided in a complete package. This package includes Xamarin SDK, Xamarin Test Cloud, and so on. All this package is given to you for free, and there is no cost for you. So shake hands, take advantage of the beautiful facilities available to you, and make your progress.

About our Android and iOS app development services
How to set up the ability to scan QR code in Android apps on smartphones
How many apps are created a day?
How do I start mobile app automation?
How to set up phone sensors for fingerprint authentication
Does an IT-company need a developed Instagram account and why?
What are floating buttons in Android systems and how can they be used?
How much is an app worth?
How to build the first Xamarin.Forms App?

How do I use custom picker in Xamarin?
Top Linux Hacking Tools
Common problems in smartwatches
How do I download or run an APK file on iOS?
How do I use Combobox in Xamarin?
How do I make my Android app silent?
What happens if you don't update your app?
What is background management in Android apps and how is it done?
What is a Floating Label and how to work with it?
What is the most profitable app?
Create A Simple Sign-Up Page in Xamarin.Forms
What Does a VPN Hide? An Ultimate Guide
Scroll to top