Apps developments have become a new trend among young people who love to learn it. Here we will show you the ways you can learn programming through.

If you have ever looked at the list of the top and most profitable jobs in the world, you have seen the name programming as one of the most money-making jobs in the world. However, most of the reports and research in this field are related to America and European countries. Of course, great programmers usually step into development with a passion for technology and computers, and usually, money is not a very important criterion for starting work. Many programmers love their work passionately, which has made them even work for free many times. If you look at GitHub, you will notice how many projects are freely available on this site. 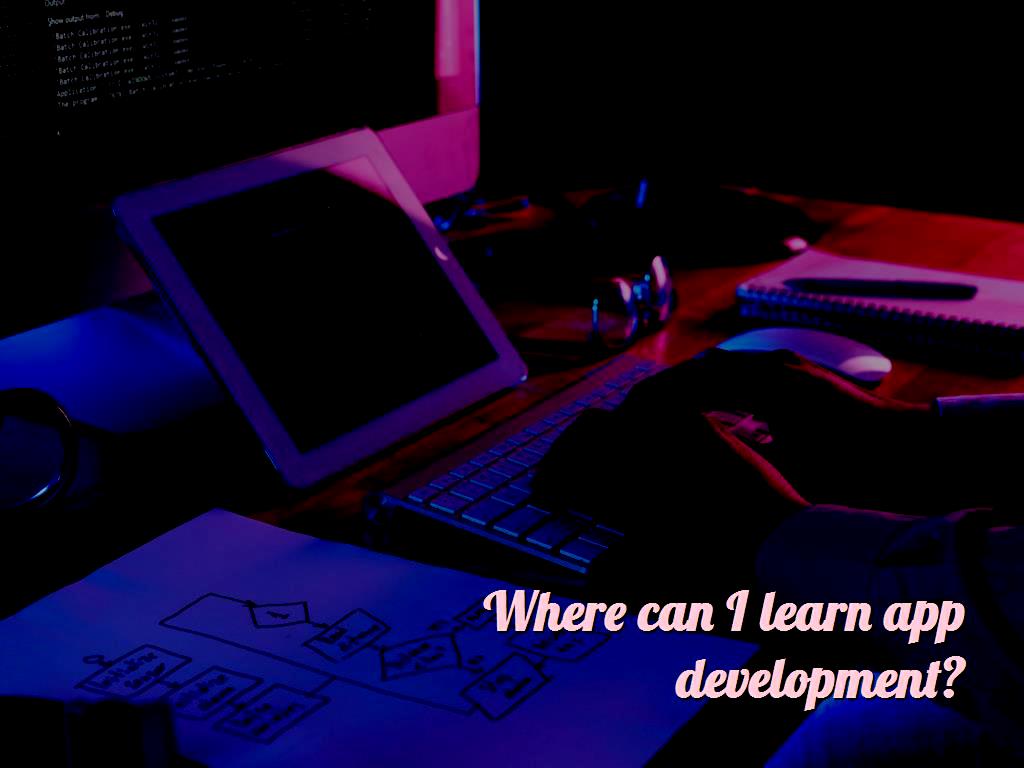 How to start programming?

When you want to start learning to program, it is better to keep a few points in mind so that you don't get into trouble in the middle of the work. It is better to search for the things we will discuss in the following and start development professionally.

- Choosing a development job based on interest, not making money

As we said at the beginning of the article,

have entered this work out of interest. If you look at their lives, you will notice that they usually started programming from a young age out of passion. For example, Bill Gates wrote his first program at 13. So, you should be careful that the nature of development is such that it should be entered with love.

Interest alone does not solve the problem, and you need to be on the path to see how serious this interest is. Usually, some people are influenced by the financial success and social status of programmers such as Mark Zuckerberg, Bill Gates, etc., and enter this field. After a short period, when they face various challenges, they realize that they don't like programming that much. Some groups consider programming as a classy job or a fashionable business. This view is wrong; you should not build your career with this mindset.

- Choosing a development platform to start learning to program

When you are sure you want to spend your time learning programming with your heart and soul, it is enough to choose which field you want to learn to program. So far, development platforms have been divided into three categories:

that run on home computers (PCs) or laptops. A large amount of desktop programming is related to the Windows operating system, and many programmers develop programs for this operating system. Desktop programming covers such a wide range that you have probably already worked with many of this software. One of the most famous software that can be seen on almost every Windows and has many users is Office software, which also has many fans. Financial and accounting software is an important part of desktop software. Keep this point in mind, although the desktop development trend has declined for some time and is not as popular as it was a few years ago, operating systems such as Windows still require additional software. This trend is not completely disappeared from programming.

You don't have to be a computer expert to understand how popular web software and websites have become these days. Many things that took a lot of time a few years ago can be done easily today using an online site. Web applications are accessed through browsers. In this way, the browser takes the user's various commands from their computer and sends them to the server. After performing the desired processing, the server returns the result to the user's browser. Due to this sending and receiving, specialization, web development is divided into two general parts: front-end and back-end. The front end designs the site's appearance, and the back end implements the web service logic. After the popularity and spread of websites and services, the web design market became hot. Many people attended website design training, and this field got more attention than ever. Today, traditional businesses also need a website, and many businesses are completely web-based, doubling web design's importance.

We don't need to discuss the importance of mobile phones and tablets. You may be reading this article right now with your mobile phone. Today, mobile phones are more than just communication devices; the least they can do is make voice calls and send text messages.

Smartphone operating systems are mainly divided into two general categories. Android and iOS. In the same way, programmers decided to choose one of these two at the very beginning. It means either goes for Android Programming or iOS programming. We also advise you to clarify your choice at the beginning of your job. Android programming has a higher priority than iOS development because it has more users. But something that has become more popular in recent years, at least the last 6 or 7 years, is mobile programming. Since mobile phones have penetrated more and more into people's lives, it can be assumed that the best programming field is mobile programming education. 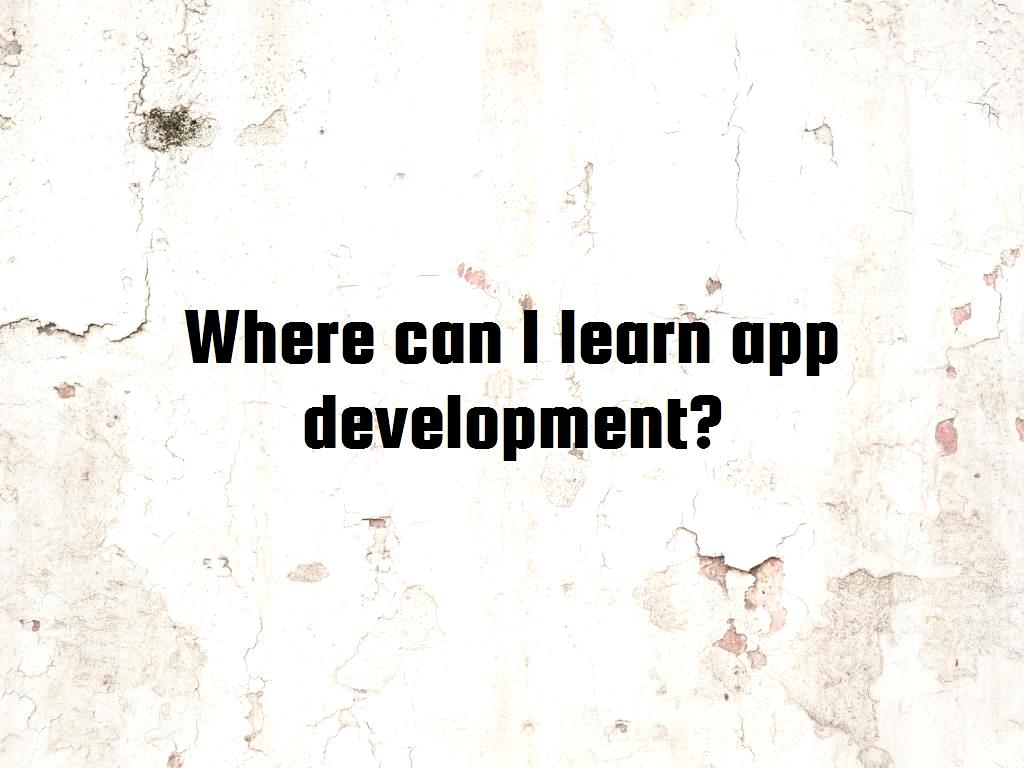 What is the best way to learn to program?

Books are one of the best sources for learning, but what about learning programming? Proponents of this method believe that books are the most coherent source for learning and that each book is the result of several years of effort by an author so that the author has obsessively selected and written each part of their book. Likewise, books are complete sources of learning and cover all subjects. But the opponents of this learning method believe that learning programming from books will be very boring and difficult, and reading books to learn programming is not enjoyable. They also believed that the programmer must be involved with the concepts and codes and learn them in practice. We also believe that learning programming from books will be boring and confusing for beginners; because books cover all concepts.

Learning the program by searching the Internet and Google

Some people consider the iInternetand Google the best teacher because they believe everything can be found on Google. Maybe many current programmers have been programmed in this way. Fans of this method know that learning programming through the Internet is very easy because they can easily search and find many educational materials. Also, because the number of these materials on the Internet is added every day, the Internet is considered a rich source for learning. But in front of the opponents of this method, exactly the main reason for their opposition is the existence of this abundant information. They say that the Internet contains much information that can confuse the learner. Every time you search the Internet, you will be offered much inconsistent information for programming education.

Many believe that the best way to learn to program is to work on a real project; considering the features of the real project, you can easily learn programming during the project stages and fix the errors. One of the best options for this way is the internship in programming teams. This type of learning is different from all other development learning methods. But the opponents of this method emphasize that the development teams are trying their hardest to achieve their goals and generate profits, and they pay less attention to the issues of training trainees.

About our Android and iOS app development services
Is it hard to create an app like Instagram?
Compare Kotlin and Swift programming languages
What is the prototype in mobile application development?
Keyboards and related settings in Android systems
How much is an app worth?
How to install Xamarin on Visual Studio and system?
Most popular mobile app development mistakes
Should I learn Python first or C++?

Step-by-step tutorial on uninstalling Xamarin and Visual Studio
How do I use Combobox in Xamarin?
How To Create a Storyboard For An App
How do I use DropDownList in Xamarin?
How to install Xamarin on Visual Studio and system?
How do I use RadioButton in Xamarin?
Can I build an Android app without coding?
how to complete Facebook,LinkedIn,and Twitter social networks on Android systems
What is cross-platform coding in mobile app development?
How to install Xamarin Preview in Windows and Visual Studio on Mac OS
Trends of Fintech App Development in 2022
What are good questions to ask about an app?
Scroll to top