In this article we are going to introduce top mobile games and the most downloaded game apps in different app stores, including apple app store and google play store.

The history of the game:

Everything has a past and history, and no one.

Care about it, we use them, and we don't think the first place or person that made that device, but I want to research the game's history.

As far as I understand, even the first humans also had their games with stones; most of the time, they painted on the wall of caves as entertainment, but considering the main topic, we want to know about the inventor of  mobile game. The first mobile game was invented in 1994 by a mobile company which is called Hangenuk MT-2000 it was a game that you should build a building then some years later, in 1997 the second mobile game was introduced by a mobile company named Nokia,

in this game there was a snake that you had to control because it became big and more significant, most of the people have played this game, and even nowadays they like it too.

The third game was produced by Nokia again, but people could play with each other this time, and the game was the same as the second one.

By the passage of time, people got used to these games, so they didn't have that passion, and they wanted something new, so the companies started to be the first. 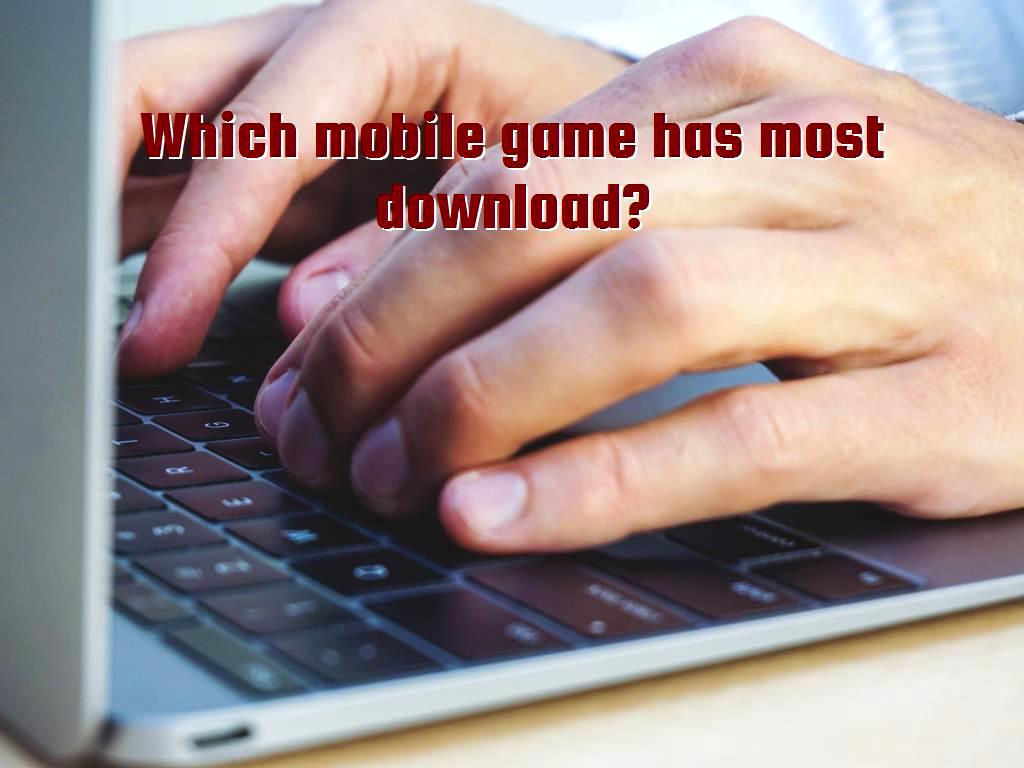 1- in 2009, the first  game for smartphones was produced, but it wasn't so popular, and it could be for the quality of the game.

2- in 2012, people saw the  development in mobile games  by a game called angry bird, which is popular among some people in this generation.

3- in 2012, another game caught people's attraction and the name of that game was subway surface. It was published by a game company which was called Kiloo games.

Consider to my researches the revolution of mobile games is between 2010 to 2013 after that the new generation found a replacement for mobile games which we will mention to them too.

This question is dependent on the taste of people. As people have different opinions and ideas, they are interested in other games too, but for answering this question, I want to consider the majority of people's views.

1- The first place of this question is belongs to Pokemon Go. This game was published in 2016 by an American Niantic. This company cooperated with the American one and  created the best game  in this recent years. The main idea of this gaming came from a child named Satoru lwata, who was interested in collecting insects. It's good to know that Pokemon Go has been downloaded more than 500 million times at the end of the published year.

This game is suitable for IOS and Android, making it more widespread.

When you want to play this game for the first time, you may find it complicated because there are some weird creatures in this game, but soon you can't leave it anymore.

Gamers should turn on their GPS and find and hunt the creatures called the Pokemon. By turning on the GPS, you can see some signs that tell you if you are close to this Pokemon. When you kill this enemy, you will get more powerful. Also, you can increase the score of hunting Pokemons with candies.

One of the disadvantages of this game is its high battery consumption. Still, considering to researches, most of the gamers become friends and team to hunt other enemies together, so the producers of this game thought to reduce the violence of that in a way.

2- you can't even imagine that the second game with the most download is  subway surfers. As I mentioned, it was one of the best games in the revolution of mobile games, but it's still popular among people.

In this game, you can see a boy that wants to run off the police, and he has to pass off the trains and collect coins as much as he can. The thing that makes this game more interesting is that after getting some coins, you can buy some tools or even change the player.

3- The third game that caught the attraction of people is  Garena Free Fire. This game was published in 2019 for Android and IOS forms of mobile. Also, it's one of the best games among action games.

In this game, 50 players are stuck on an island, so the player who be the first that can release of that place is going to be the winner, This gaming force you to think about the best ideas to leave that island furthermore you can move without limitation also you will have a variety of weapons to fight with other players.

What are the essential things in the attraction of games?

This question has different meanings because everyone has their own opinion about the important thing in a mobile game.

But we want to consider the ideas of the majority of people.

1- The first  essential point of everyone choosing a mobile game is the quality.

2- The second thing is the gaming player that attracts people, such as their cloth or face.

3- The third thing is that the game must be fun and delightful. It makes the gamers keen on playing more. One case that helps in this field is making the games step by step, or the producers can produce it like the subway game that the player should collect coins.

4- Using suitable colors helps the game to be more interesting

5- The gaming shouldn't be so complicated because it makes the players bored, but an interesting game has to make the gamers forced to think about it. 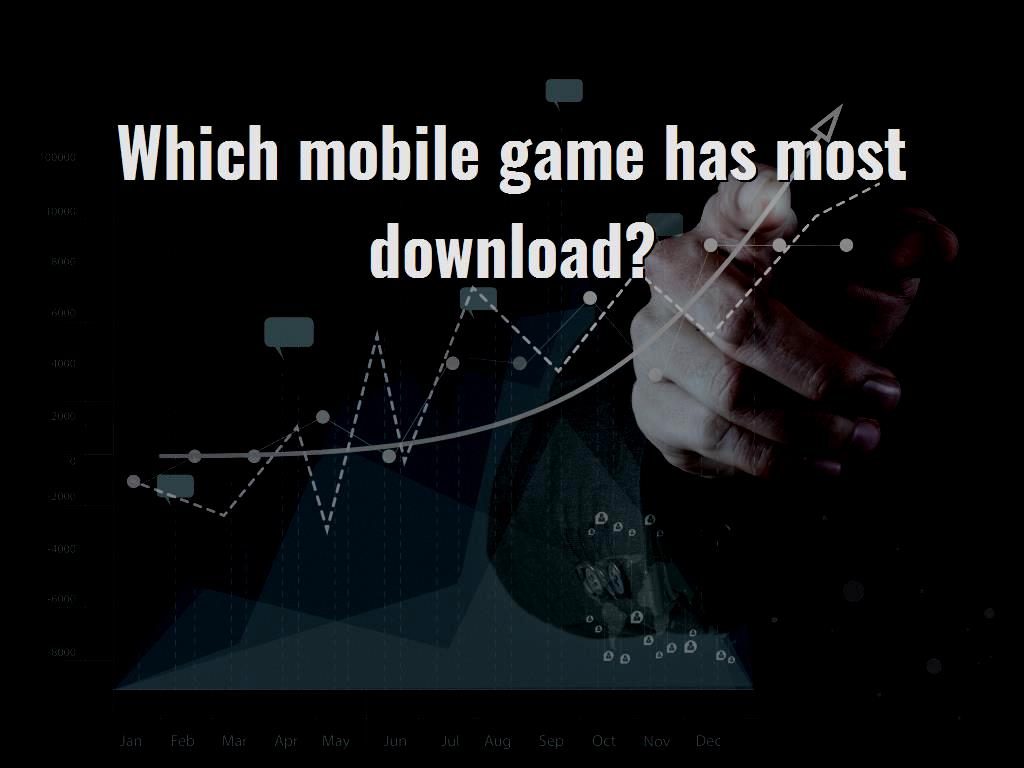 As you know, mobile games are one of the modern entertainments so people can cheer up and have lots of fun also as I mentioned they keep you busy and when you are mad games can be an excellent distraction to leave the reality also most of the companies try to create the games that people can play it with their friend because most of the time this trait make the game more popular.

Disadvantages of mobile games are a lot, and it can be the main topic of an article now I'm going to write about some of them.

2- Some people become addicted to playing, and they can't quickly release it, so they can't even focus on other things.

3- Playing with a cellphone makes you lazy, depressed, and fat.

4- Electromagnetic waves of mobiles have harmful effects on the brain.

5- Finally, playing games with mobile will damage the Battery of a cellphone.

How can we protect of our cellphone:

At first, I should say that mobile is not made for playing, and as we have devices specially made for games, it's better to use them.

1- To protect our cellphones we can set up our mobile not to use too much Battery. That's because most of the games use so Battery.

2- Don't close the mobile to you're eyes.

3- It's better to play with less light.

4- don't play for many hours with your cellphone. This work is hurt you're eyes and cellphone.

5- Don't play with the phone when connecting it to the charger. This is so dangerous because it's put the Battery under pressure, and it may cause a little explore and it can hurt your hand.

What has replaced mobile games?

By the passage of time, some companies have made some devices, especially for playing. They have a high quality rather than mobiles so people interested in them.

The first device called play station produced in 1994 in Japan. I guess most of us use them or see them in different places after that some other companies created the more advanced of it with the best quality and better traits.

These devices made the mobile games download getting lower.

On the other hand, the play station is more expensive than the mobile, but it has different types so people can buy them considering the money they own.

Entertainments can make us happy and produce for this purpose, so we can use this technology that we have, but as all the things in this world have harmful or sound effects or advantages or disadvantages, we should use them with a limit the right way.

DotNek Android development services
How do I make an app like Uber?
The methods of making apps with Python
How to send SMS on Android systems? How are its settings applied?
What is the most profitable app?
How to set up the ability to scan QR code in Android apps on smartphones
Libraries in the Python programming language
Which is better?! Ionic or Xamarin?!
Comprehensive guide to using smartwatch capabilities