Designing a good game requires you to pay attention to many points when designing, here are 7 important things to be able to produce a popular game.

Some of these tips include gathering enough information about the game before you start designing, paying attention to the game's contacts, gathering the right data to use in the game, and more. 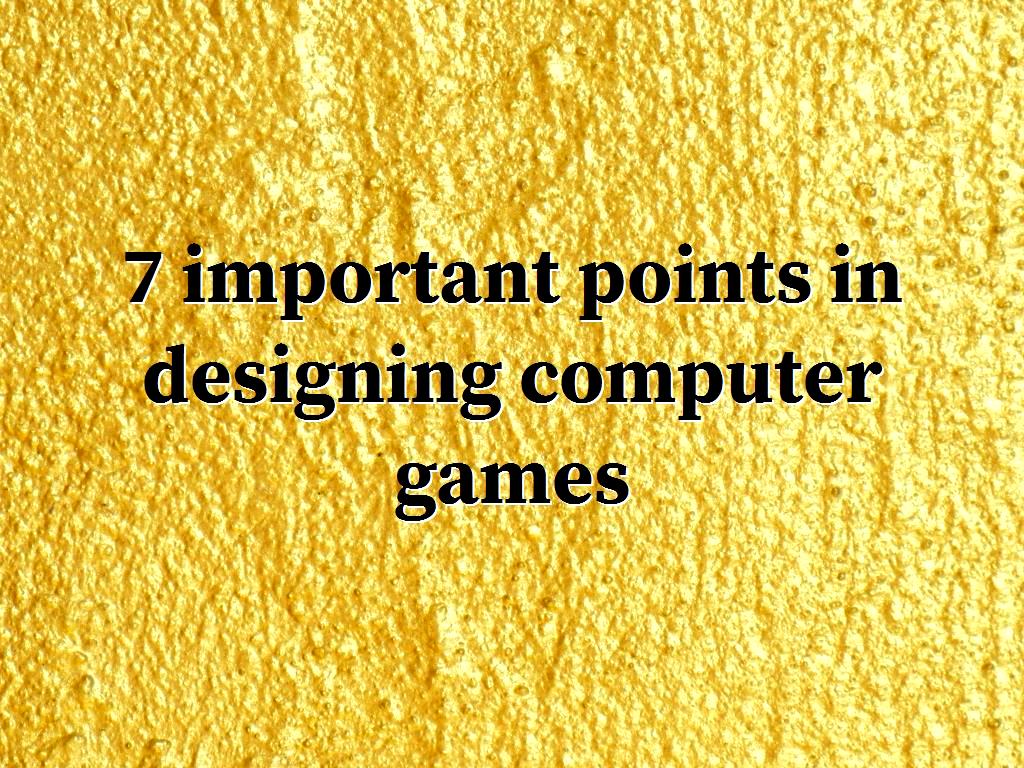 There are many tools that even people can easily use to create computer games. But if you are a beginner, it is difficult to decide where to start to create a game. Here we try to introduce some key points for designing computer games. In general, to make this, 5 steps must be done:

1- Prepare the specifications of you want to create.

3- Collect material data such as images and sound.

In the case of large games, a team of game developers work together; this team can include programmers, screenwriters, graphic designers, sound producers, and more.

You do not need a special degree to make computer games, some people even learn to design games themselves.

After designing, it is better to use experienced and specialized people in that profession to implement each part of this. Big game companies use character designers to create game characters.

In the following, the details of development steps and important points in game design in these stages are mentioned. 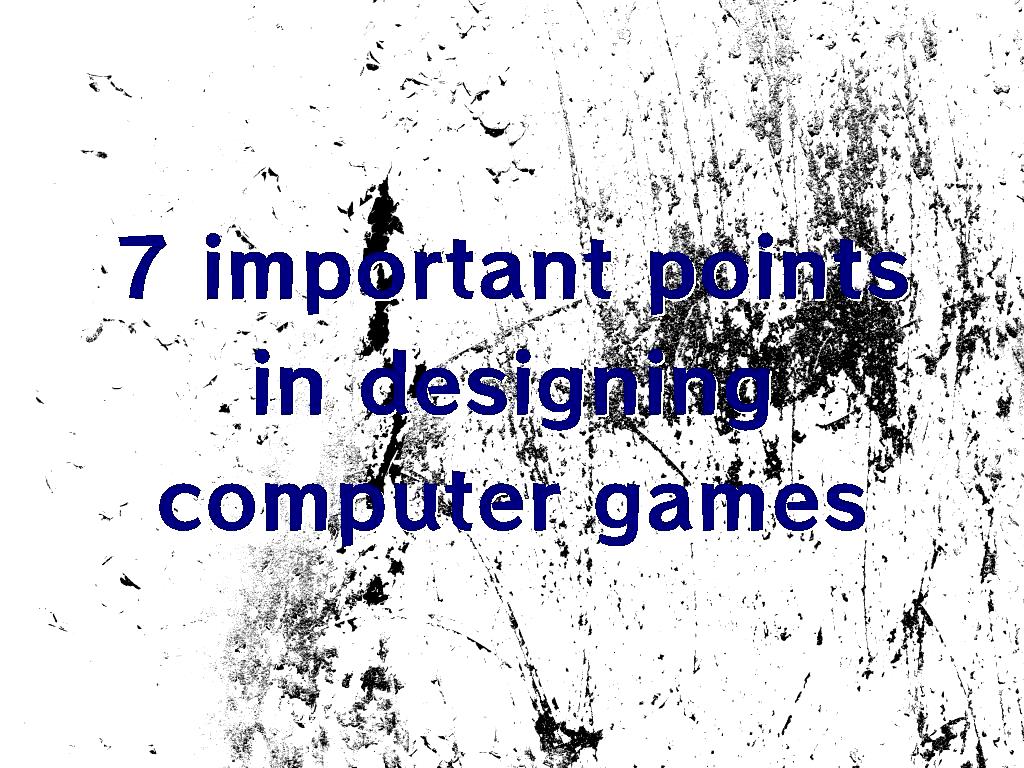 One of the most important steps in designing a game is determining exactly what you want. In other words, determine the complete specifications of the game. These specifications are similar to the original game maps, and if you prepare them properly, you can avoid getting lost during production.

In addition to determining the genre and story of the game, you must understand all the content of the game with specifications.

Character specifications, number of scenes from the beginning to the end of the game, places to place images and buttons for each scene, time to play music and sound effects, processing events and actions must all be known when preparing the game specifications.

At this stage, the game scenario should also be considered. The game scenario is a story that describes the whole story, such as the story and settings of the game, as well as the actions and lines of its characters. The game script plays the role of a "program" that includes directing effects and controlling the branching of the story, while also changing scenes during conversations and movements.

In game design, you must specify on what platform you want to run the game? Is this executable on Android or on a PC? Which of the tools available for production can best meet your needs?

One of the most important things to consider when designing a game is the data required by the game, such as images and sounds. It is better to collect the required materials before starting to make the game and design if necessary.

If you can't prepare the image in time, take a temporary image made in the same size and use it temporarily. Also, when collecting this data, you should make sure that the data is of sufficient quality. Good images and sound attract users' attention and put them in the right direction, and poor quality images or sounds can mislead players. .

Before starting the game design, you must determine your programming skills. If you do not have enough skills for game programming, it is better to make the necessary arrangements with a programming expert from the beginning. Of course, some game development tools do not require programming, but to make a full-fledged game, there is no choice but to use programming.

One of the most important steps in designing a game is debugging it. After completing the programming, you should test the game and identify its bugs. Then fix these bugs. To identify all the bugs, the game test step must be repeated several times, and each time . test must be performed completely from beginning to end.

There are usually certain people whose job it is to test games. These people test the game over and over again with patience and concentration. Even after presenting this game development stage and adding new features to the game must be tested again.

Having a powerful computer:

Another important point for designing is to have a powerful computer, because you usually need powerful and fast processors to process this. Also, due to the use of a large amount of audio and video data, the system must have a large amount of memory.

, do not set very high level goals. Because you may be disappointed in the middle of the road and you can't get the desired result. It is better to start your work by designing small games and after gaining the necessary experience and skills, choose bigger goals.

Check the right to use images and music: 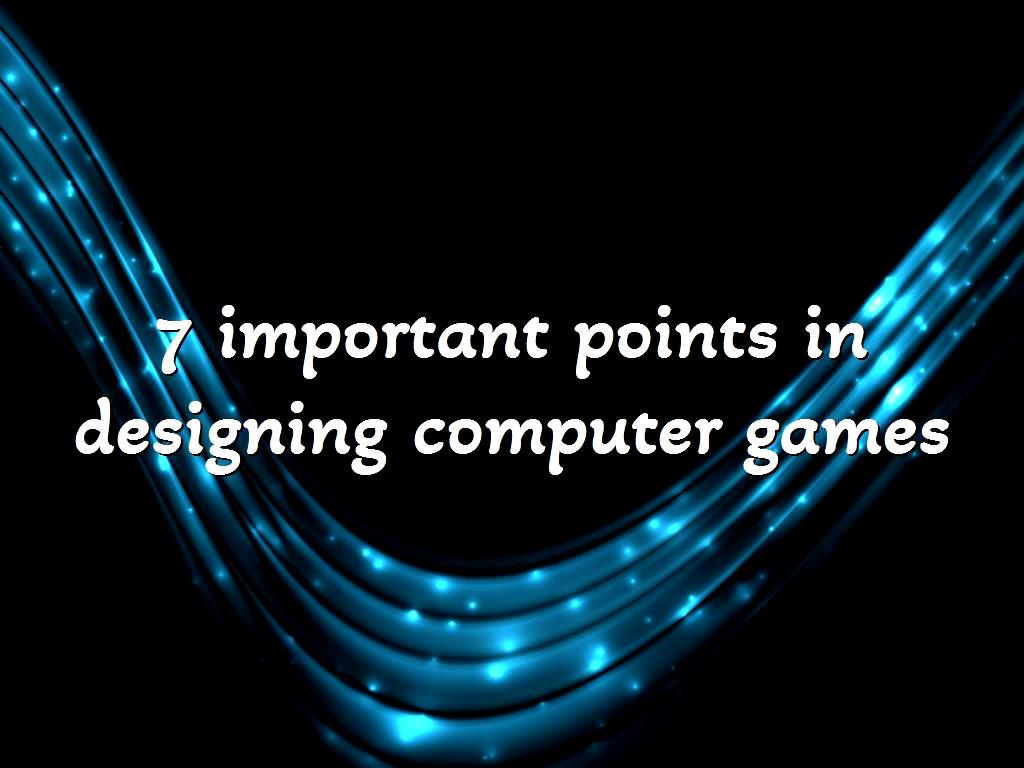 contacts are one of the most important things that the game designer should pay special attention to. In order for design to be done well, you must know your target audience completely. Without knowing their tastes and goals, good design will fail. You need to understand your audience and know how you can meet their needs.

These are some of the important points that should be considered when designing and there are many other points that can be followed to design . Including attention to game accessibility; this means that different people can play with different physical abilities in different environments and situations.

It is better to read enough about the methods and steps of game design before designing a game so that you can become a successful designer.

Click here to create a mobile game
How to Launch Your First Mobile Game?
Google Play Game Services and Advantages
Top 5 mobile games in google play store
What are the differences between mobile and computer games?
What is the best gift for gamers?
What software and hardware are needed for computer games?
What are the best courses and tools for game development?
What games are there to play and have fun with family and group members?

How to use MSI Afterburner while gaming?
Google Play Game Services and Advantages
How to use a gamepad?
Offline games vs. online games
What are the differences between simultaneous and sequential games?
Top 5 mobile games in google play store
Who is the highest paid gamer?
What are the 5 most popular game apps?
Introducing the newest game technologies
Introducing Top 8 Action games on mobile app stores.
How Much Is the Gaming Industry Worth?
What devices are used in gaming?
Scroll to top