CS: GO is a multiplayer game, and its complete name is Counter-Strike: Global Offensive which was released in 2012. We will see if this game is free for PC or not. 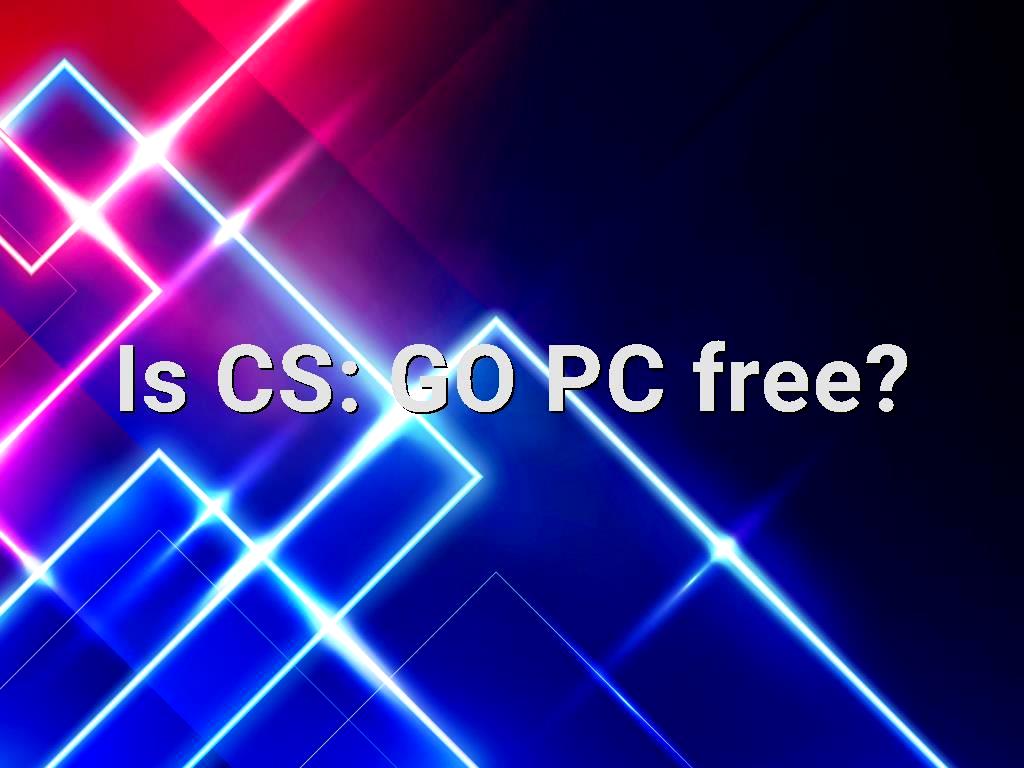 Counter-Strike : Global Offensive, or CS: GO for short, is a multiplayer, first-person shooter developed by Hidden Path Entertainment and Valve Corporation. This game is the fourth game in the Counter-Strike series and was released for Windows, Apple OS, Xbox 360, and PlayStation 3 in August 2012, and its Linux version was published in September 2014. The game consists of two teams against each other: terrorists and anti-terrorists. The task of both groups is to destroy the other group, while other tasks are related to the type of game, such as defusing bombs or rescuing hostages, and vice versa. This game is like the previous versions of this first-person shooting game. In general, this game was considered one of the best-selling Steam games at the beginning of its release.

Here in this article, we will check if this game is PC free. In addition, we will learn some required information about this game, and then we will see the differences between the free version and the premium version of the CS: GO game.

The name "Counter-Strike" has always been known as one of the oldest and most popular multiplayer titles in the history of video games; An effect that has had a significant impact on the development of online games and has always had many fans. The latest version of the Counter-Strike: Global Offensive, which was released in 2012, has been one of the most popular multiplayer shooters ever since it was eight years old, and millions of people are trying it every month.

CS: GO is a first-person shooter-style game focused on multiplayer and online competition. This game is now available for free, and you can experience it on PCs and Windows, Mac, and Linux operating systems. To download this game, you first need to create a Steam account and download its client and then download the game through it.

We will first explain the Play section; Where you can choose your favorite model and compete. This section consists of five modes:

•             Official Matchmaking section through which you can find an online match.

•             Practice With Bots section where your teammates and competitors are controlled by artificial intelligence.

• The Training Course section is the training section of the game.

•             The Workshop Maps section, which contains maps Steam users create using the map and media build tool, is different from the usual maps and game modes.

•             Community Server Browser section, where competitions are held with different rules than usual.

If you are planning to experience CS: GO for the first time, or you are new, it is better to go to the Training Course section at the beginning to get acquainted with the most basic items and mechanics. You will be taught the general classification of weapons and equipment, the extent of damage to any area of the body, as well as the planting and neutralization of bombs in this section. After that, for practice, I suggest the Practice With Bots sections and the Casual section for matchmaking.

Counter-Strike: Global Offensive has a variety of modes to experience, but the main mode that has existed since the first version is that the two teams, "Terrorist" and "Counter-Terrorist," are facing each other. The task of the first team is to plant a bomb at the designated point, and the second responsibility is to prevent the planting of a bomb or defuse it. Each team can win by killing all members of the rival team. There is another mode called Hostage Rescue in which the terrorist counter team must take the hostages to certain points to win. But this mode is less popular than the original model. The Training Course and Practice With Bots sections are mostly used to practice and increase skills from beginner to regular level. The Workshop Maps and Community Server Browser sections are also often popular with people who want to have a different experience at the counter.

As I said, this is where you can experience different modes online. The modes of this section include the following:

•             Casual: Two teams of up to ten people compete in one of the bombs or Hostage Rescue scenarios. The winner is the one who wins eight rounds. You always have a bulletproof vest, your shooting does not harm your teammates, and the characters' encounters are inactive.

• Competitive: This is the most serious mode in the game. Two teams of five face each other in a bomb scenario, and the team that wins 16 rounds is the final winner. After 15 rounds, the two teams change places. You have to buy the vest yourself, your shooting hurts your teammates, and the characters' clash is active by default.

•             Wingman: This mode has three differences from the Competitive mode; The teams are two people, the maps are smaller, and each team that wins nine rounds is the final winner.

•             Deathmatch: This mode is both Deathmatch and Team Deathmatch simultaneously. The players are divided into two teams and must kill the opposing team members. There is also an individual scoreboard. Each match in this mode has a time limit of 10 minutes, after which the top three are determined. Each player can choose a fixed weapon or take a weapon at random after each revival.

•             Arms Race: In this case, similar to Deathmatch, the players are divided into two groups, and the scoreboard is individual. The main difference is that all players initially have a specific weapon, and instead of killing enemies, they go to a higher level and get a new weapon. The match continues until the timer runs out or a player succeeds in reaching the highest level by equipping themselves with a knife and killing one with it. Killing with a knife reduces one level of the opponent and adds to you.

•             Demolition: In this case, two teams compete in a bomb scenario, and each team that wins 11 rounds wins the match. All players start with a weapon and upgrade by killing an enemy and receiving new weapons and equipment in this mode.

•             Flying Scotsman: In this case, the two teams compete in the bomb scenario. All players are equipped with only one sniper rifle and a knife. In this case, the gravity is reduced, and as a result, you can do long jumps and hang in the air. The winner is the team that wins eight rounds.

• Danger Zone: The latest mode added to the game is the Battle Royale mode. In this case, 18 players compete until one of them survives. This mode can be experienced as singles or doubles teams.

One remaining point is that there is a specific place to replay or reappear in all cases except Deathmatch. In Deathmatch mode, you appear randomly near your allies. 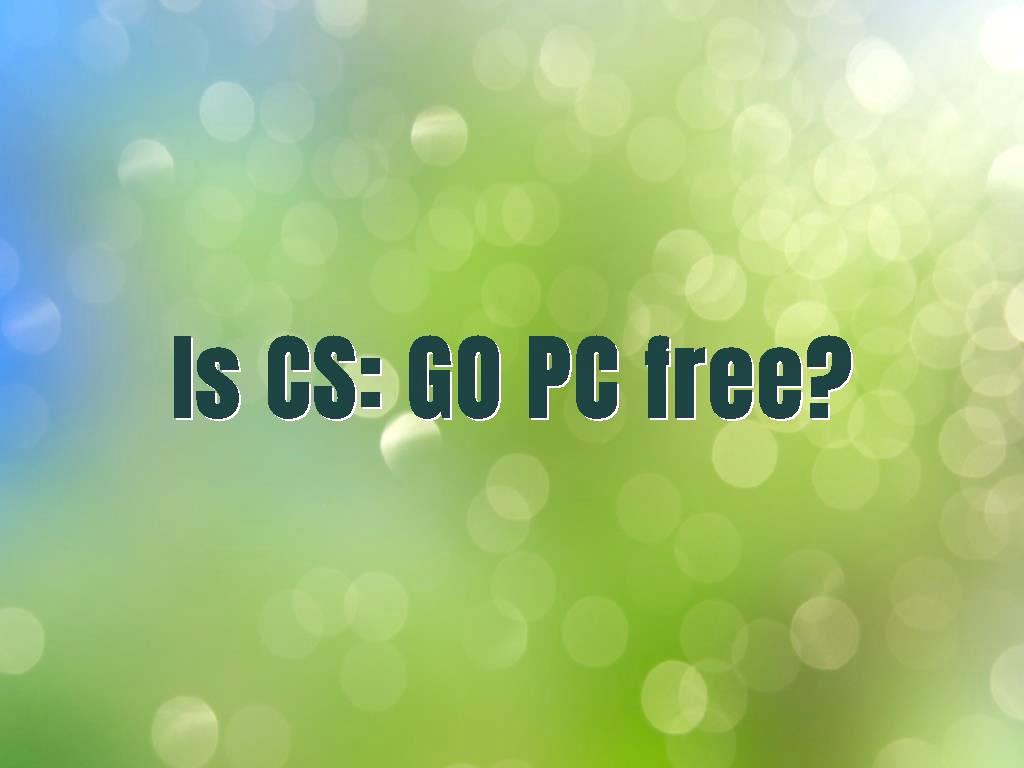 A free and offline version of Counter-Strike: GO is now available

Valve has released a free version of Counter-Strike: Global Offensive as part of its latest update. This version allows gamers to compete offline with artificial intelligence. If you are hesitant to buy the original version of the game for $ 14.99 or stressed about playing against professional gamers, the introduced offline mode is perfect for you. The free version of Counter-Strike: Global Offensive can be downloaded from the Steam page of this title for Windows, Linux, and Mac operating systems. This version also uses GOTV; The system was formerly called SourceTV and was first added to CS: GO in 2012. You can watch the matches through this client. According to the description, even the online and complete version of Counter-Strike: Global Offensive provides you with various features such as the official competition system, multiplayer section, XP, ranking, etc.

After experiencing the free version of Counter-Strike: Global Offensive and mastering it, you can buy the game's original version. Valve occasionally sells this version at a discount. By purchasing this version, you will access multiplayer competitions with other users, offline matchmaking, XP, and other online features.

Valve recently released an update to Counter-Strike: Global Offensive that added the MP5 weapon to the game. This handgun was present in all versions of Counter-Strike and was a popular weapon for users, but the makers of CS: GO decided to replace it with the MP7. About a month ago, Valve unveiled its new anti-fraud system called "Valve Anti-Cheat." The system automatically detects fraudulent programs installed and then blocks the user. The result of activating this system was the banning of more than 60,000 Steam users in one day, some of whom were users of Counter-Strike: Global Offensive.

Do you want to own a game? Click here!
How do I get unlimited lives on Gardenscapes?
What are indoor games? What games can be played indoors?
What is the best computer game in the world and what are its characteristics?
What was the first game controller and what were its features?
Top 3 FIFA Esports Tournaments Winter-Spring 2022
What are the top 10 games on a desktop PC?
What is the number 1 iOS game?
Top 8 Board games on google play and Apple app store.

What devices are used in gaming?
How to use a gamepad?
Google Play Game Services and Advantages
Most interesting game cheats and game hacks.
Top 5 mobile games in google play store
What is the best gaming phone of 2020 and what are its technical specifications?
What should popular game designs look like?
Disadvantages of playing video games.
How to improve mobile game testing
best 10 3D games on Apple app store
What is the cheapest phone to play games?
What are indoor games? What games can be played indoors?
Scroll to top