Cooperative games are a type of game in which players work together to achieve a common goal. For example, a common goal could be to defeat an enemy or conquer a castle. 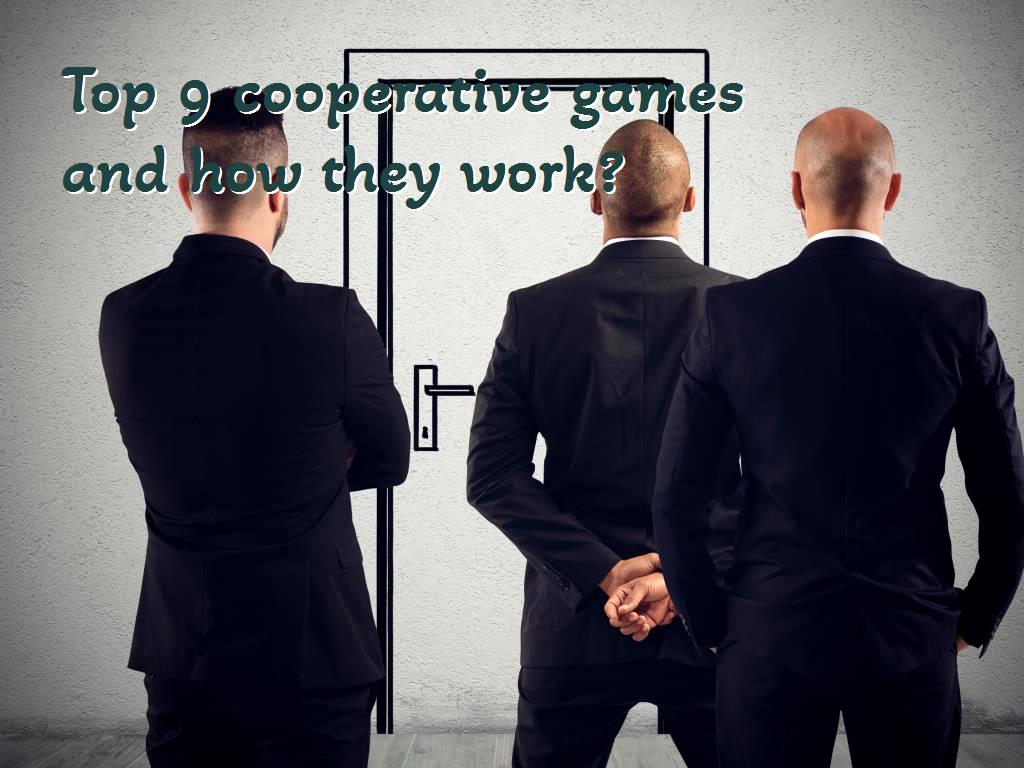 What are cooperative games?

Before reviewing  the top cooperative games, we must first see what is meant by a cooperative game?  A cooperative game  is when players work together to achieve a common goal. The purpose of playing these games is to reduce the competition and increase the cooperation between some people. Cooperative games exist in the real world and the world of computer games.

How to choose the best computer game:

There are many computer games globally, some of which can only be played on  playstation consoles, some are Android games, and some are computer games. It may be difficult to answer what the best games are. This question can be answered from different perspectives, and people's tastes can be effective in answering this question. One way to find the answer to this question is to survey gamers and analyze their opinions.

You can also group games and select the best games in each group. One of the methods of grouping games is grouping based on the game genre, for example, action game genre, simulation genre, etc. Games can also be grouped based on the number of users or their price range.

Of course, one simple way to view  game rankings  is to search the Internet. Some sites rank games based on sales; Amazon, for example, provides users with a ranking of computer games.

Tips on how to choose a game:

When you want to choose a game, it is better to pay attention to the following points:

- Work environment and recommended specifications for the game:

The operating system and hardware specifications of your gaming computer must comply with the conditions of the game. Otherwise, you can't play the game satisfactorily. Even if you can install it, the screen just moves, and you can't play it.

- Support for your language:

If you know how you should do the game, you can fully enjoy  an action game  in English; for the games with a story and riddle, support for your language is essential.

It is better to choose games that belong to your favorite genre. In this state, you can play the game for a long time.

The following is an introduction to the top games that you can enjoy.

This game is one of  the cooperative games for adults  of the open world genre (action) and was released on April 14, 2015. To play this game, you need Windows 7, 8, or 10 (64-bit) operating system, and your system CPU must be intel core two or higher. You can play this game as a single-player or multiplayer.  Rockstar "Grand Theft Auto"  game is a mountaineering action game that has many fans in the United States. The three protagonists advance the story by planning for their survival and success. The main character changes for each mission. The eleventh work in this series has highlights such as a broad plan and an army that did not appear in the previous work.

Dragon Quest X  game is an MMORPG genre. This game is that at any time and place You can enjoy it and it became a favorite for seven years. It runs on Windows 7, 8, and 10. It can also be played on game consoles such as the PS4. This is a game where you can enjoy its adventure and immerse yourself completely in its world. This game has a great story that you can enjoy with your friends. The adventure begins where you can combine different parts and create your character. There is a lot of fun besides adventure, such as fishing.

Final Fantasy XI game  also has the MMORPG genre, which since the launch of this genre in 2010, many adventurers have participated in it. You need a more powerful CPU like Intel Core i5 to play this game. There are many adventures in this game, but if you are not good at adventure and war, you can enjoy fishing and making equipment.

This game was produced by Microsoft. It is a sandbox genre. In this genre, you can experience different games according to your ideas. It is also used as educational material to teach programming to children. You can go on an adventurous journey or raise farms and cattle.

Tom Clancy's Rainbow Six Siege  game has the genre of FPS / TPS (type of cooperative), and in 2015 was published. This is a free online shooting game of the fight in which special forces against terrorism" Rainbow "and terrorists who are standing fight each other. In this game, multiplayer battles with opponents controlled by artificial intelligence beautifully 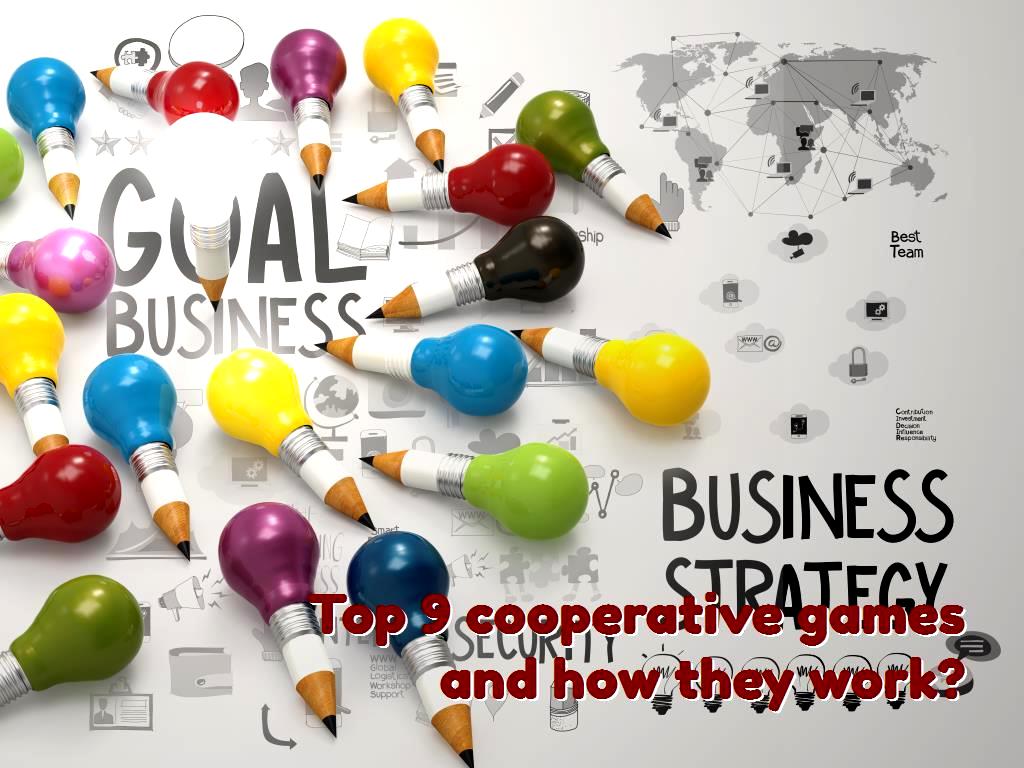 A scenario of this game is a proxy war between humans and aliens. An operation in which humans and aliens fight on earth. The main character is an Android RPG made by humans and has basically no emotion. They were mixed with enemies and allies fighting for the senses.

THE CREW 2  game is the racing genre. In this game, not only cars but also boats and planes are elements of the race. In this race, you have to be able to get money and parts to get new cars.

Grand Theft Auto V game  has an action genre. Released in April 2015 and is for people 18 years and older. This is one of  the cooperative games online, and in this game, you will experience a high degree of freedom. You must manage the three protagonists and survive in a tough criminal city as a bad guy. There is a sense of tension in missions like shooting battles, but many funny scenes make you feel weak. An online version also inherits the same worldview, so you can still enjoy it even after the main story game is over. There are also ways for novice users to "play online" with peace of mind.

This game has the FPS genre; The FPS genre has had a huge impact on the gaming industry. This wonderful game was released in August 2012, and it can be played in multiplayer. In this game, there is a battlefield, and players are placed in two teams and fight. You can change weapons every time you defeat the enemy. This game can be fun.

About our Game development services
Best Windows 10 free games on Microsoft store?
How do you make a 2d game?
Mobile game designing for Android vs. iOS
What are the best tech gadgets for gaming?
How to become a professional gamer?
What is the number 1 iOS game?
Top 7 Casino games for Android and IOS.
What is the cheapest phone to play games?

How to use MSI Afterburner while gaming?
“Smart 4” board game that connects to Android and iOS apps
What are the characteristics of a suitable chair for playing?
best 10 3D games on Apple app store
Top 5 mobile games in google play store
Google Play Game Services and Advantages
Who is the highest paid gamer?
Disadvantages of playing video games.
Top 3 FIFA Esports Tournaments Winter-Spring 2022
How do you get 1000 gems on Clash of Clans?
Offline games vs. online games
What are the best tech gadgets for gaming?
Scroll to top