Gaming mobiles are one of the gaming tools that have a lot of fans today. In the following, we intend to introduce the best gaming phone. If you want to get comprehensive information about this mobile phone, follow the article. 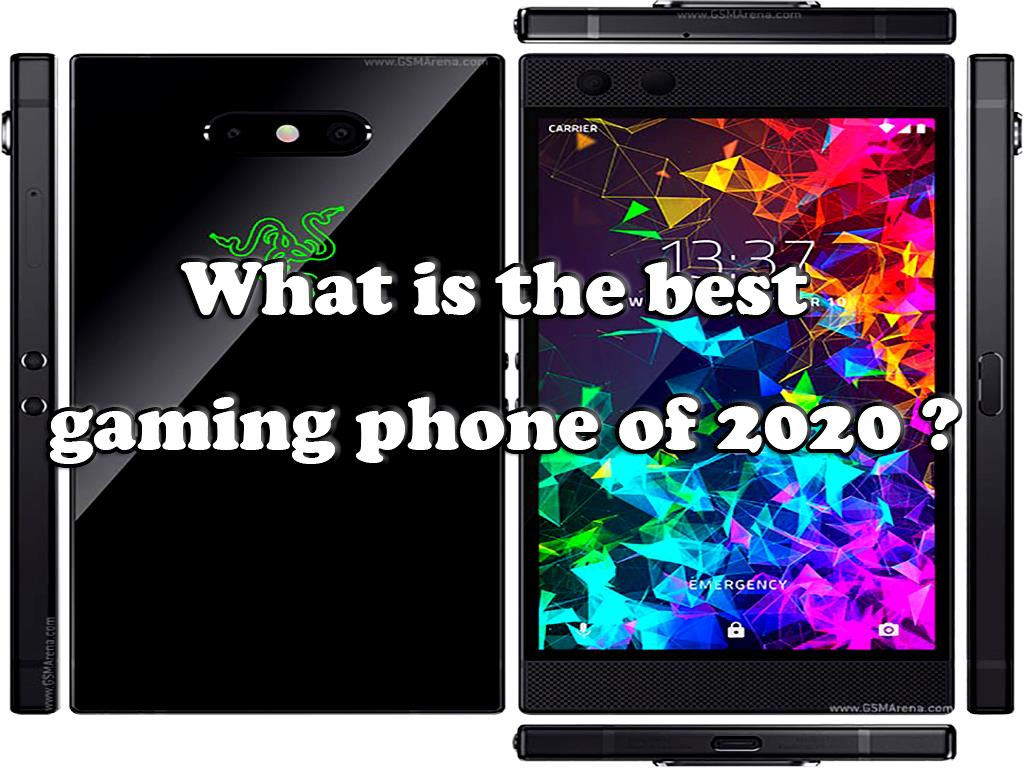 What is the best gaming of 2020, and what are its technical specifications?

Gaming mobiles  are one of the most popular gaming tools today that have attracted many people's attention. These phones have compatible features that make them  very suitable for gaming. Many different brands around the world produce these mobile phones and have attracted a lot of people. These phones, like any other structure, have different qualities. In this article, we want to name some examples of the best gaming mobile phones produced in the year 2020. If you are also curious to know these phones and want to get interesting information about hardware and how they work, follow us to the end of this article. We try to provide you with more information about this mobile phone to buy these mobile phones with a more open mind and enjoy playing with them as much as you can.

The first best  gaming phone  of 2020 is this one. In appearance, the Razer Phone 2 is quite similar to its predecessor (which was very similar to the Nextbit Robin smartphone). Measuring 8.5 x 78.99 x 158.5 mm is slightly wider and thicker than the previous model, but the difference is so small that it is practically impossible to distinguish between the two. The relatively large bezels, powerful speakers at the top and bottom of the display, and the power button on the phone's edge (with a fingerprint sensor built into it) are all reminiscent of the previous Razer products. The selected color can be displayed on the logo in three different modes: Respiratory mode (which raises and lowers the brightness), Static mode (which keeps the amount of light constant at a certain degree of brightness), and Spectrum cycle mode (Which displays all colors alternately on the logo). Of course, you may not like this lighting due to battery consumption. In this case, the Chroma  app  allows you to turn off the lighting completely or select only the low-power mode. In this case, the logo will only be lit when the screen is on. It should be noted that this idea of ​​Razer is unique and has never been seen before in the world of smartphones. Not to mention that despite some display advantages over other competitors, the Razer Phone 2 still uses LCD panels (with Sharp IGZO technology) instead of LED displays. You may decide to use an LCD for a higher refresh rate, but on the other hand, LCD panels often make the phone a little thicker and usually cannot display the colors with the quality seen in LED displays. Razer used the Snapdragon 845 8-core chip (with a maximum clock speed of 2.8 GHz and Adreno 630 GPU) to prove that the Razer Phone 2 is no less than the famous flagships.

The One Plus 8 and 8 One Plus 8 Pro both have the same features like a Snapdragon 865 processor, Adreno 650 GPU, 128GB and 256GB of internal storage, 8GB and 12GB of RAM. Both phones have almost the same hardware and are not so different and only have differences in their screen, camera, and battery. The OnePlus 8 has a 6.55-inch display, and the OnePlus 8 Pro has a 6.78-inch display. Both screens are  AMOLED, with the difference that the OnePlus 8 has a refresh rate of 90 Hz and the OnePlus 8 Pro has120 Hz. OnePlus' latest flagships have powerful batteries with very high charging speeds. The OnePlus 8 uses a battery with a capacity of 4300 MAH with a charging speed of 30 watts, which can increase its charge from 0 to 50% in 22 minutes. But the OnePlus 8 Pro has a 4510 MAH battery and can be charged with a 30-watt fast charge, which is suitable for a gaming phone. 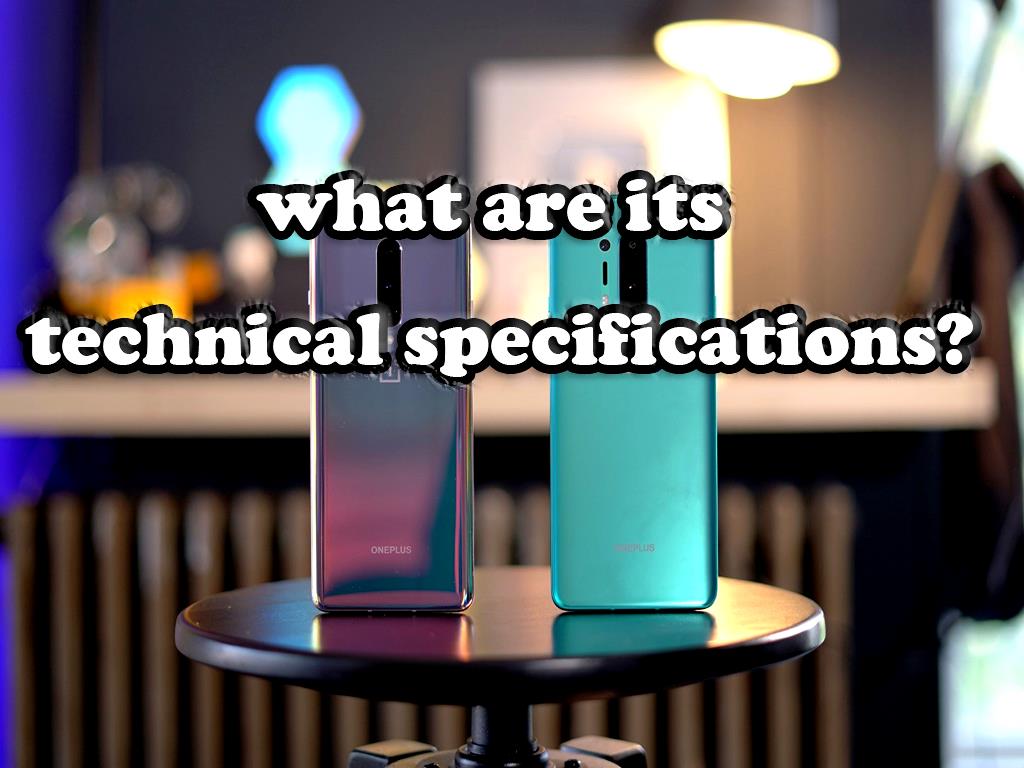 The Black Shark's heart are three Snapdragon 865 chips that support 5G technology. Thanks to the liquid cooling system of the fourth generation of this processor, gamers will be able to spend hours playing their favorite

gaming experience without considering the warm-up of the phone. Interestingly, the manufacturer of these two smartphones has confirmed that it takes only 12 minutes to charge the battery to 50% and 38 minutes to fully charge it. In this series, we also see these cases. For example, we can mention 4 points sensitive to the amount of pressure on the screen. In the Pro model, we also see two additional buttons designed on the phone's left edges. These buttons are physically unlike the capacitive buttons on the Asus ROG. But as a disadvantage, we can mention the 90 Hz screen of this phone. Of course, it should be noted that the 90 Hz screen is not such a weakness, but for professional gamers, this issue is very important. Other notable features of the Xiaomi Black Shark 3  include a dual rear camera with 64-, 13- and 5-megapixel lenses, a 20-megapixel selfie camera, a 3.5mm headphone jack and a USB-C charging port for UFS 3.0 memory. Xiaomi Black Shark 3 is one of the greatest gaming phones in the world, and due to its powerful specifications, it is easily included in the list of the best gaming phones of 2020.

Click here to create a mobile game
What games are for strengthening the mind and intelligence?
Best Windows 10 free games on Microsoft store?
How can I have income from gaming?
What will be the future of the gaming industry?
Top 8 Board games on google play and Apple app store.
What are the best courses and tools for game development?
The eSports Season 2022-2023 – What Are We Waiting For?
What are the top 10 games on a desktop PC?

best 10 3D games on Apple app store
“Smart 4” board game that connects to Android and iOS apps
What type of game can earn more money?
What are the characteristics of a suitable chair for playing?
Offline games vs. online games
Introducing the newest game technologies
Top 5 mobile games in google play store
What games are there to play and have fun with family and group members?
New Trends in Blockchain & NFT Gaming Industry
How Much Gaming Is Too Much for your kid?
Top 3 FIFA Esports Tournaments Winter-Spring 2022
Introducing the top 12 games for Xbox.
Scroll to top