Gaming phones are one of the most convenient and inexpensive tools that can help gamers have a good time. In this article, we want to name the cheapest phone to play games to make you more familiar with its features.

If you also want to get information about  the cheapest mobile phones in the field of gaming, we suggest you accompany us to the end of the article. 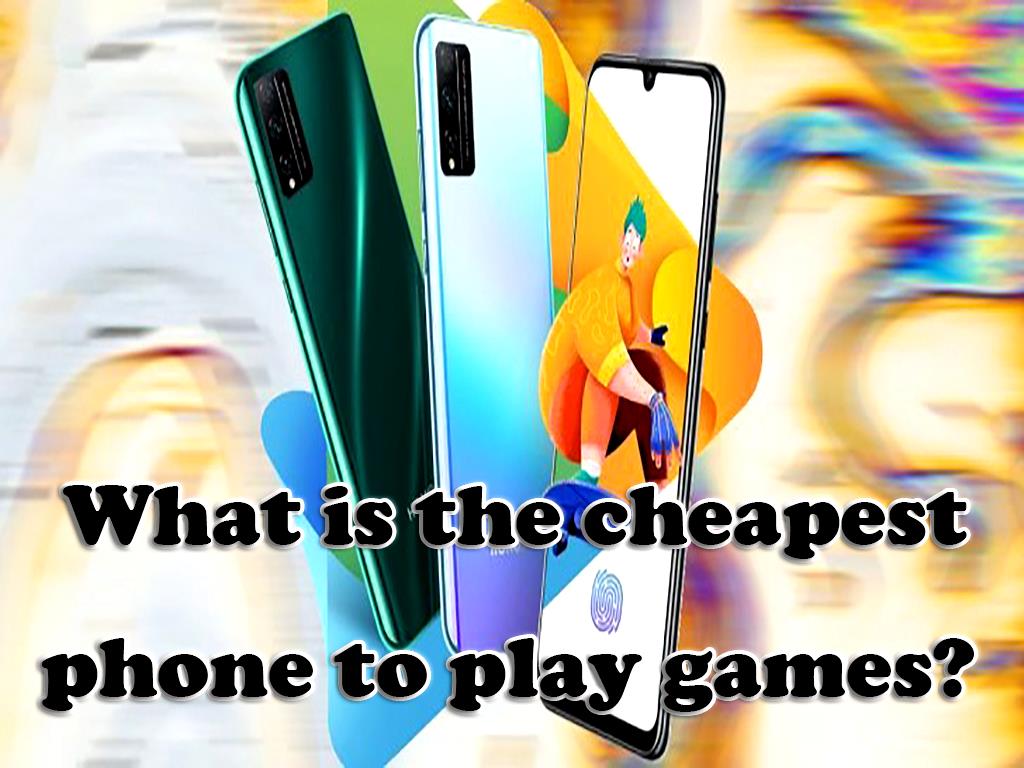 What is the cheapest phone to play the game?

Gaming mobile phones  are very popular today, and many people are interested in buying and using them. One of these phones' most obvious and exciting features is their very low price compared to other  gaming devices such as consoles and gaming systems. As you all know, it can be very expensive to provide a comprehensive system for gamers, and it may even cost millions to provide these systems. Likewise, buying game consoles can be very expensive, so many gamers who cannot afford to buy these systems or consoles and are also not interested in spending so much on buying consoles and systems try to use Mobile gaming. These mobiles have extraordinary features and can work like a normal mobile phone for you, and besides, they can be a great gaming device for you. These mobile phones have special features that make them very convenient and useful for gamers. Also, one of the exciting features of these phones that may attract everyone to themselves is their relatively reasonable price compared to other gaming tools. Note that among these phones, certain types of them have different prices that you can use according to your budget and taste of each of these mobile phones. Also, instead of providing a separate  gaming mobile, you can combine your mobile and gaming phone and use a mobile phone suitable for both daily use and gaming to save money as you can. However, if you want to know the cheapest phone to play games on, follow us to the end of this article.

You probably have heard the name of this phone. If you are looking for a cheap  gaming phone  that you can use for other purposes besides gaming and get the best performance, we suggest you have the Moto G8 Power on your shopping list. The 6.4-inch screen with a resolution of 2300 pixels can give you an interesting  experience of video games, and one of the strengths of this phone is the powerful 5000 MAH battery that will ease your mind about working with this phone. The back cover of the Moto G8 Power light has different colors, which makes it look attractive. In this respect, this mobile phone is superior to some more expensive mobile devices. The lower blue part of this phone sometimes changes to dark purple. There is a speaker at the bottom of the device, and almost at the top, we see three lenses as the main camera and fingerprint sensor. The matte texture of the back cover also results in the device absorbing fewer fingerprints or being less stained than its shiny competitors. At the top of the screen is a drop-shaped notch that houses the selfie camera. There are also edges around the screen, although the thickness of the black bar at the bottom of the screen is relatively large. 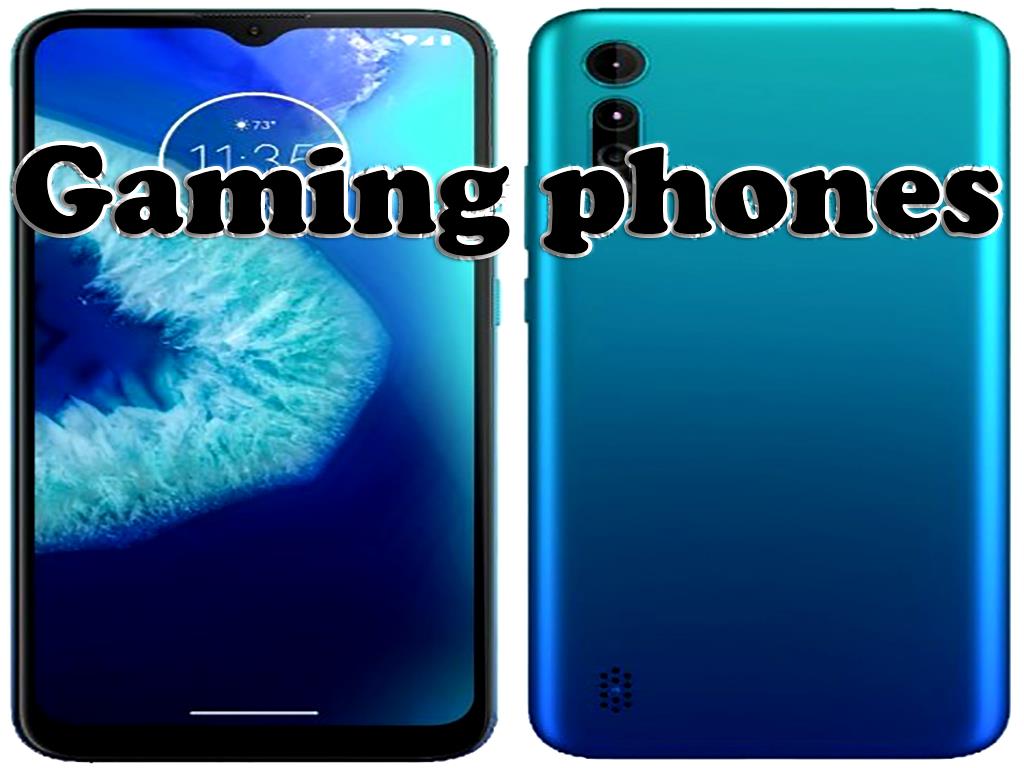 This is the first  Realme phone  to use a 12-nanometer G90T. This processor is one of the gaming processors of this company, the power of which can be seen from the existence of eight cortex A76 processing cores, which have two large cores with a processing power of 2.5 GHz, and six Cortex A55 cores with a processing power of 2 GHz. The graphics processor in this phone is Mali_G76 Mc4, which will be available in three versions of 4, 6, and 8 GB of RAM. For the Realme 6, there's a 6.7-inch IPS LCD that displays FHD + resolution. The good thing about this display is the 90Hz refresh rate, which is great when scrolling and playing. Gorilla Glass 3 is also provided to protect this panel. A hole inside the display also houses a 16-megapixel selfie camera with an aperture of f / 2.0. The user can also use two SIM cards. Inside the phone is a 4300 MAH battery that will be fully charged in an hour with a 30-watt charger. Prices start at $ 177 for the base model and go up to $ 218 for the model with 8GB of RAM and 128GB of internal storage.

Honor uses the Kirin 710A chipset in making this phone. This 12nm lithography chip consists of four 2.2 GHz cores (compatible with the Cortex A73 processor architecture) and four 1.7 GHz cores (compatible with the Cortex A53 processor architecture). Its Mali-G51 GPU. 6 GB of RAM and 128 GB of storage space for the  Honor Play 4T, which can be increased to another 512 GB using MicroSD. In the camera section, the rectangular camera on the back of the device has only two members; A 48-megapixel main camera and a 2-megapixel depth-of-field camera with a LED flash is located below the camera. The front camera is also 8 megapixels and is located on the screen (top left). The phone has a battery capacity of 4,000 MAH, which is said can't be fast-charging and can be charged via a micro-USB port using a 10-watt charger. The fingerprint sensor is located on the back of the phone.  The operating system  of the phone is Android 10, and its internal menu is developed based on its proprietary user interface (Magic UI 3.1). The Honor Play 4T will be available in black and green and available in China on April 21. The price of this product is announced as 1,199 yuan, which will be approximately equal to $ 170 at the current exchange rate.

Do you want to own a game? Click here!
How can I have income from gaming?
How do you get 1000 gems on Clash of Clans?
Mobile game designing for Android vs. iOS
How do you make a 2d game?
What are the top 23 games for PS5?
Top 5 mobile games in google play store
What devices are used in gaming?
What are indoor games? What games can be played indoors?

Disadvantages of playing video games.
What are the characteristics of a suitable chair for playing?
What is the best gaming phone of 2020 and what are its technical specifications?
How do I get unlimited lives on Gardenscapes?
best 10 3D games on Apple app store
Is the game software or can it be hardware too?
Top 9 cooperative games and how they work?
What devices are used in gaming?
Top 8 Board games on google play and Apple app store.
How do you make a 2d game?
How to become a professional gamer?
What games are for strengthening the mind and intelligence?
Scroll to top