These days, it is possible to earn money in addition to playing various games. In this article, we will introduce some of the highest paid gamers.

If you are also curious to know these gamers and want to get various information about them, follow us to the end of the article. 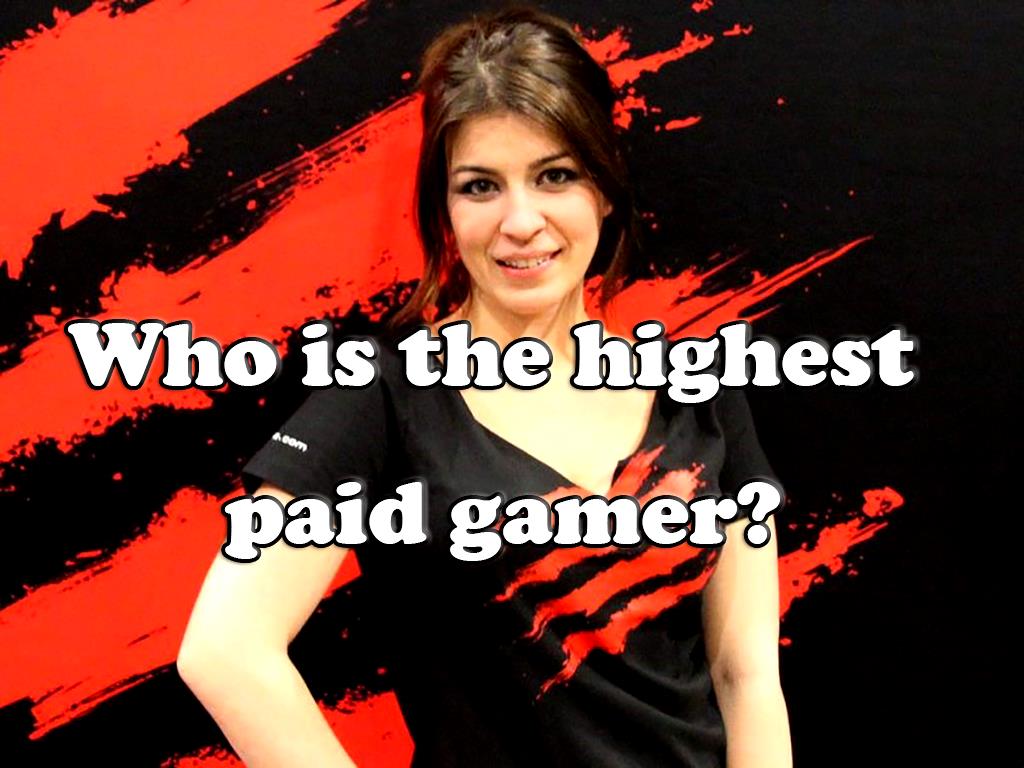 Introducing some of the highest-paid gamers

Daniel Middleton, or DanTDM is not only a very  professional gamer; He is also one of the most famous YouTuber characters in the world and very famous in England. He was born in the same country in 1991. He has a channel with 22.5 million members and more than 16 billion visitors. Daniel's specialized game is the popular Minecraft game for PS4 or PC, and the exclusive Nintendo Switch game, Pokemon, has many fans in the world. Daniel Middleton earned $ 12 million last year.

Sarah Lou is a British  professional gamer. Unlike many gamers before her, he specializes in fighting games. Sarah won her first tournament and gained a lot of credit for herself. In 2008, she competed in the season championships for Dead or Alive 4, and with her other teammate Messy, she formed and won the Birmingham Salvo team, becoming one of the richest woman gamers in the world.

McLaughlin, nicknamed Jacksepticeye, is one of  the highest-paid gamers  with $ 11 million. McLaughlin, along with the gaming, has a channel on  YouTube, with a population of 23 million, and uploads various videos of various games. It is interesting to know that he is Irish. His channel is the most-watched YouTube channel in Ireland, with 12 billion views. He was born in 1990, and he is 30 years old now.

Felix, which is nicknamed PewDiePie, is one of the most popular gamers worldwide. He was born in Sweden in 1989, and now he lives in the United Kingdom. While studying, He felt he had no interest in his field; So, he left college and worked at a hot dog stand. In addition to working in a hot dog shop, he launched a YouTube channel called Pivodi. He produced various content for it, until the number of members of this channel increased to such an extent that in 2017 it became one of the highest viewed  YouTube. In addition to being a YouTuber, he is also a computer  game developer  and has even designed several games by himself. The main game of Felix is ​​the Anti-Defamation League. He played well and earned $ 15 million last year.

Kasumi Chan can be called one of the top three American gamers. She has only competed in two tournaments and was the champion in both. In 2006, she earned the second stage in San Francisco in the season championship for Dead or Alive 4. Kasumi Chan lost first place to his American rival that year, but in 2007 she competed again, and this time he was able to win first place. The interesting thing about her is that she has competed twice tremendously and had progressed well in those two races and become one of the richest female gamers in the world.

She is one of the most professional female gamers globally, which is from Canada, nicknamed Scarlett, ranks first in the list of the richest female gamers in the world. Unlike everyone else among gamers, Scarlett is competing in Starcraft II, and her specialty character is Zerg. As gamers know, StraCraft is a crazy competitive game, and Scarlett was completely in control of the game whenever she raced. Her victory in South Korea is perhaps the most impressive success among the world's most  professional gamers. In 2012, Scarlett competed in the "Sponsor Me!" Participated and won. This online tournament is for amateur gamers who do not have a sponsor and are looking for it. After winning that tournament, she received a trip to IPL 4 in Las Vegas sponsored at his own expense, where he excelled in open qualifying. If you have a question about who is the best gamer globally among women, you have found the answer.

Ivan Fang, nicknamed VanossGaming. He is a Canadian who managed to earn $ 11.5 million through gaming and YouTube. Ivan's YouTube channel has 25 million members, and its video views reach 12.3 billion views. He played a monster hunter in Paranormal Action Squad. This program is an adult comedy animation that is serially made for web-based networks.

Another person in the list of the richest and best gamers in the world belongs to Zhang Mu Pan, famous for his skill in Dota 2. Zhang Mu Pan has participated in more than 37 world tournaments so far, and in 2015 he managed to earn more than $ 1 million by participating in more than five tournaments related to Dota 2. It is interesting to know that Mo Pan, in addition to Dota 2, is also very popular among Dota: All-Stars fans. Another interesting thing about this popular gamer is that, unlike some other gamers, he is not a member of any team and prefers to play individually. 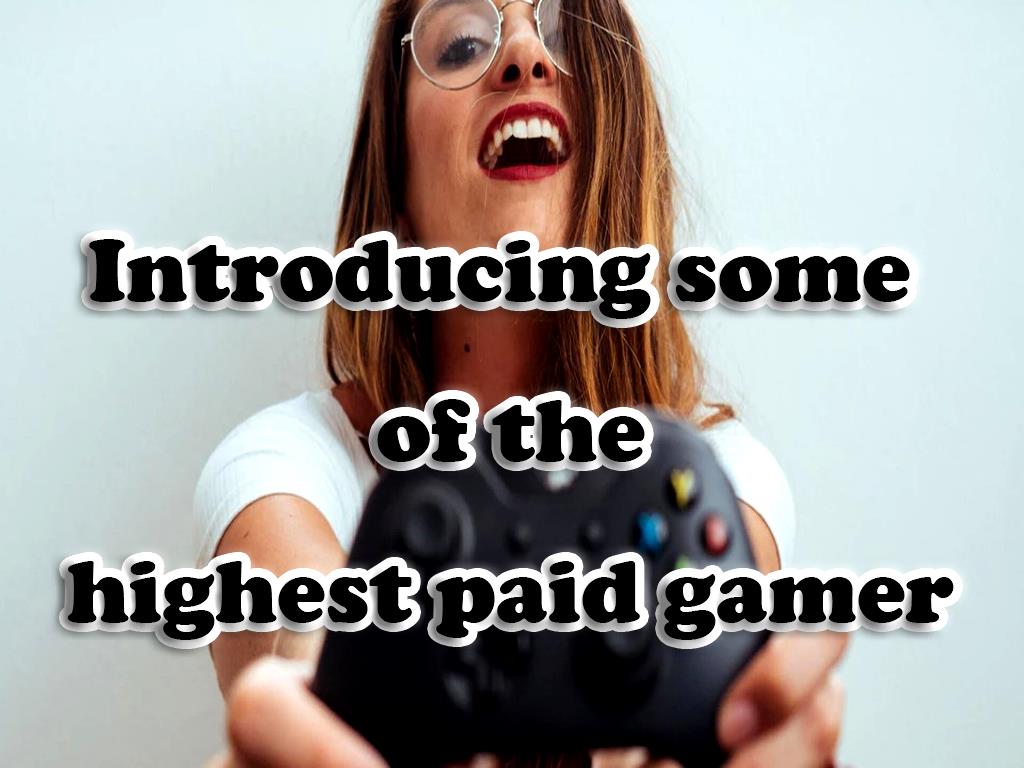 One of the  richest gamers  is Sumail Hassan, also known as Suma1L. Due to his age, he is the richest gamer in the world. Samil has played in eight tournaments and is one of the most professional Dota 2 gamers, having previously played for teams such as Evil Geniuses (the 2015 Asian Dota 2 champion in Shanghai. In 2015, Samil earned $ 2 million and is currently a member of the Evil Geniuses or EG team in tournaments such as Shanghai Major and Frankfurt Major.

About our Game development services
“Smart 4” board game that connects to Android and iOS apps
7 important points in designing computer games
best 10 3D games on Apple app store
What are the top 23 games for PS5?
What are the 5 most popular game apps?
What games are there to play and have fun with family and group members?
What devices are used in gaming?
Factors to consider while developing a mobile game

What software and hardware are needed for computer games?
How to use MSI Afterburner while gaming?
Is the game software or can it be hardware too?
What is the best gaming phone of 2020 and what are its technical specifications?
What are the characteristics of a suitable chair for playing?
What type of game can earn more money?
What are indoor games? What games can be played indoors?
Most interesting game cheats and game hacks.
video games on increasing
Top 5 mobile games in google play store
What are the 5 most popular game apps?
The Richest Esportsmen In The World
Scroll to top