What are the advantages and disadvantages of SSD?

In this article you will see a definition of SSD as well as the advantages and disadvantages of it. In addition you will also become familiar with different types of SSDs.

SSDs are a relatively new and fast type of memory that have higher data transfer speed and better security than hard disks. But these memories have some disadvantages, such as high prices and slowing down over time. Join us as we explore how these memories work and their advantages and disadvantages.  Solid state drives (SSD)  are fast and reliable memory that seeks to take the place of hard drives. There are several types of flash drives based on flash drive cells. We have always witnessed discussions among technology enthusiasts about the advantages and disadvantages of various memory structures, including flat NAND versus vertical NAND or MLC or Multi-Level Cell versus TLC or Triple Level Cell and SSDs. To learn more about SSDs, we will answer a few questions about storage memory. SSDs are different from rotating disk-based memories. So before getting acquainted with SSDs, it is necessary to get acquainted with hard drives. 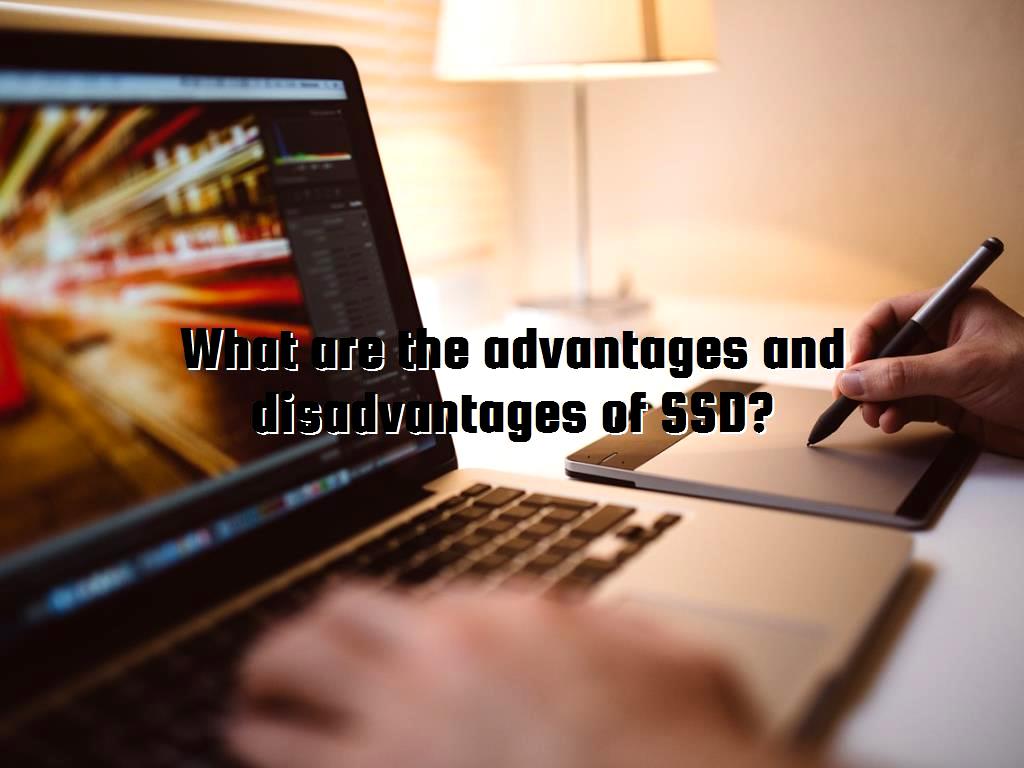 What is a hard disk, and how does it work

To read or write data or run a particular program, drive heads must extract or write data from a disk. Because the disk is constantly rotating, it takes time for the authorities to be precisely where they are intended to be and start data mining or writing operations. Data may need to be read from several different places on the disk to extract data. In this case, the disk must be rotated several times, and each time one of the desired points in front of heads will read or write information. If the drive is in Sleep or Low Power Mode, it takes a few seconds from start-up to maximum data transfer speed. From the beginning, it was clear that hard drives could not run at the rate of processors and compete with them. The hard drive industry has made every effort to speed up these products. These efforts include reducing their size, increasing the speed of the disk drive, and using cache on the disk. Despite these efforts, the fastest hard drives available to ordinary users worldwide belong to the Western Digital family of VelociRapors hard drives, which have a rotation speed of 10,000 rpm. These drives also spin at 15,000 rpm but are not available for ordinary users. The problem with these drives is that even the fastest examples of them worldwide are so slow compared to processors that they can't even be rated!

How do SSDs work?

An SSD, or Solid State Drive, is known because, unlike hard disks, its mechanism is not based on the rotation of objects and the movement of its internal execution. In SSDs, data is stored in a ​​flash drive instead of a rotating disk. Nand itself is made up of components called floating gate transistors. Unlike transistors used in the construction of DRAM or  Dynamic Random Access Memory, which must be refreshed several times per second, the flash drive is designed to maintain its charge or discharge even if the power source is unavailable. This has slowly led to the classification of Nand as non-volatile memory.

The electrons are stored in the floating gate, and the flash controller determines the state of the cell by reading the values ​​called zero and one, which means that the cell is charged and discharged, respectively. In Flash Nand, zero means that the data is stored in the cell, and one means that the cell is empty. The flash drive is arranged in a regular grid. Each layer that makes up a network is called a page, and the whole network is called a block. Common page sizes are 2,000, 4,000, 8,000, and 16,000 cells. There are 128 or 256 pages in each block. So with this account, the capacity of each block is at least 256 KB and at most 4 MB.

The advantages of SSDs

1- They are faster than hard drives

Because SSDs do not have mechanical components, they are faster than HDDs. This is one of the advantages of an SSD drive. Unlike HDDs, data dividing on SSDs is not slow, so it is inherently faster. An SSD is usually 25 to 100 times faster than a regular hard drive. This is calculated based on high loading speed, faster file transfers, and bandwidth.

The HDD consumes more energy than SSD because it relies on its magnetic metal plate to read and store data. An SSD has no moving parts and does not need to store data. This energy efficiency adds another benefit to the benefits of SSDs. This means that SSDs are very suitable for computers that are energy efficient. In addition, using a Solid-state drives hard drive reduces the sensitivity of a computer too much.

The lack of a magnetic screen for storing data causes the SDD to run entirely silently. An SSD has received more attention than a hard drive due to the lack of mechanical or moving parts.

5- They are more compact than hard drives

A Solid-state drive is much more compact than a hard drive due to the lack of mechanical components. This means that the SSD is a more convenient or valuable storage component for portable electronic devices such as ultrabooks and tablets. 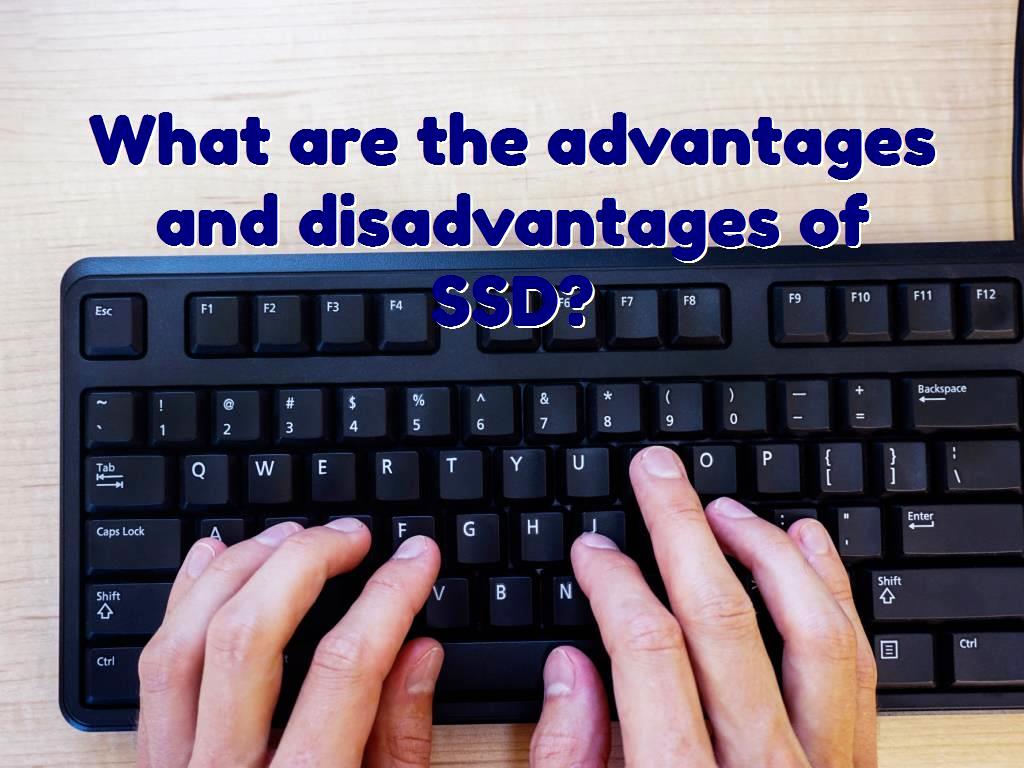 1- They are more expensive than hard drives

Another disadvantage of SSDs is their unavailability. There are more HDDs on the market. Finding an external or internal hard drive is much easier than finding an SSD to increase storage capacity. But the consumers of the electronics market are now moving more towards compact laptops, computers, and tablets.

4- They last shorter than hard drives

SSDs have a limited write cycle. An SSD can only be used for a limited time. SSDs have limited memory, so you can't expect them to last forever. However, over time, their life will be shortened, but in general, this process will not affect the overall readability of SSDs, and due to advances in technology, as long as a computer is based on human consumption, SSDs will also last.

This type of SSD is commonly used on your personal computers and laptops. It is interesting to know that the dimensions of this model are 2.75 inches (CM6.35). Although installing these drives evolved, SSDs still do not need to be that large.

MINI STATA  is smaller than 2.5-inch drives. These drives are SATA-based and are still on the market, as they were used in laptops many years ago and are in demand today to increase their capacity.

M.2‌ memories are so small that they fit easily between the index finger and the thumb. M.2s connect to PCIE slots with 4 data lines (PCIE X4). These memories are usually NVME-based, but M.2 drives can also be SATA-based, which are not very popular, but two of its famous brands are SAMSUNG 860 EVO and WD BLUE 3D NAND.