In this article you will realize the best ways to start making money from app. Actually you will see how is it able to make money by having an app as well as its best items.

Due to technology's growth, everything has been changed, containing how people make money. Today, apps are being used more than anything by people; therefore, making money from them is became an important issue. The number of people studying in the field of  make and design new and better applications  is increasing every day, but who are the most eligible designers?

An eligible app designer is a person who has a wonderful idea which also is a requirement and number of users are looking for. So tons of people would join and start using the services provided by an application. As a result, a community of people with a common need would be gathered who also may need another service and the previous one. 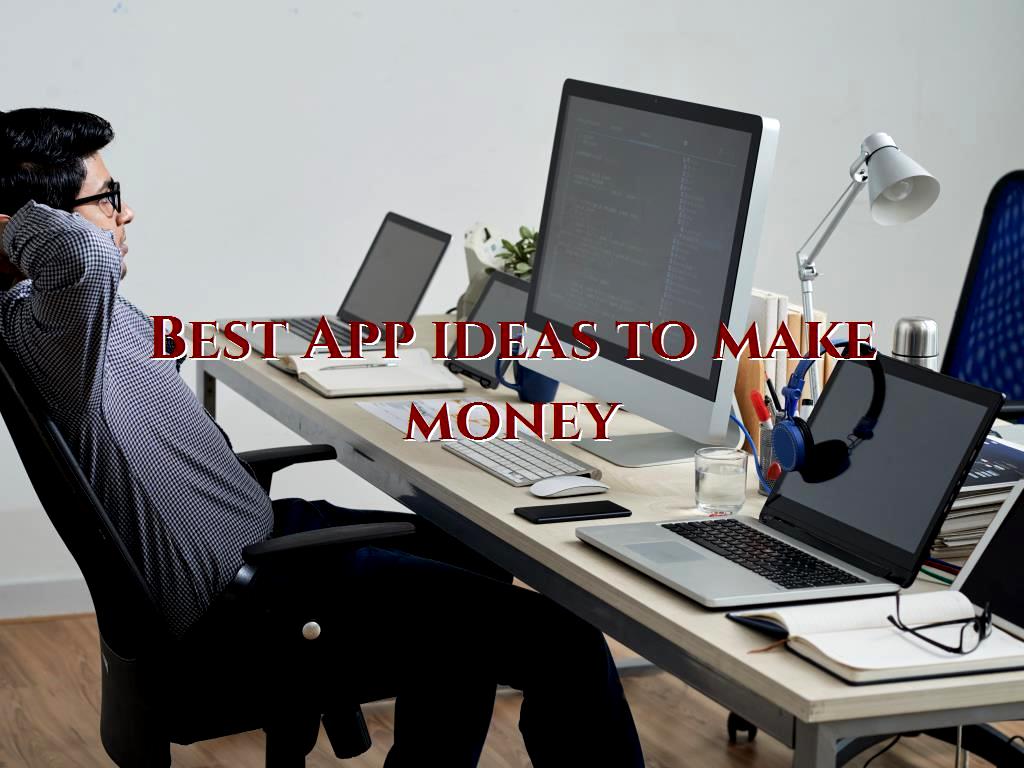 What is an app?

Applications are some programs  that are designed for users to meet their needs, solve their problems, entertain, and also teach them what they need to learn. They could be designed for both PC and mobile phones. There are too many available types of apps, and we will talk about those which are better to make money from.

What is a good app?

Many factors could determine a good app, but I think one of the best definitions of a good app would be about its hardship level, meaning the easier it is to use, the better it would be. Because people these days do not like to bratling with a lot of different structures of various applications. So they would prefer the best and easiest ones described as good apps.

Which kind of apps is being used more?

Make money by showing advertisements in the app.

As we see, advertising is a way to make money, and most apps show advertisements to their users. But which application gets better feedback?

To answer this question, we have to consider some main factors. For example, the duration of using an app, the number of users, and users' interests.

It has been proved that users do not like to watch ads showing in the middle of an application's surface or a website. So we have to make sure that we are showing them in a place intervening in a user's main job. We could add a frame beside the main page or add them to the down of the page. Therefore users can do their jobs besides watching ads.

Some apps seem more interesting to users, so they prefer to spend more time on them. For this reason, users need something different to see after a while. And what is better than an advertisement? It could be good to show up some irrelevant advertisements to attract users' attention. Especially something that they would like. If you are thinking about how we should detect their interests, it will be answered: by using the information we have gained from their clicks, searches, or the things they have liked.

Make money by having an application that is not free.

Another way to  make money by apps  is to make their premium and ask users to pay an amount of money monthly if they want to use the app. And here comes a question:

Which kind of apps is worth to pay and then being used?

Some apps are found necessary to use. So users have to pay for them. The owner of an app is the one who decides to make purchases for the app or not. But as we all know, too many users refuse to pay for an application because some of them are not afford or do not have access to international bank accounts, so it will become difficult for them. Therefore, I think it would be better if users could choose the way they want to use the app; get a premium account or watch ads instead.

However, some apps are not even worth being paid for use. In this way, it would be better if some verified companies get in charge of detecting the applications worth paying from the users' point of view. Because  making some apps  payment needed, would even underrate them among users, and it is not a good sign for an application.

Why would people rather make money by having an application?

Making money online is an easy way for people to earn money, and most people prefer to do it rather than other occupations. The digital currency has become popular among young people and teenagers. As we know mentioned generations also like gaming. So designing a game app that gives gamers digital money would be a great idea to enthuse users to use the app more and more. And when people use some apps too much, it will become a source of money for the owners. Advertisements would be shown up, and payments for subscriptions would be made. As well as people are getting entertained, making money would become easier. 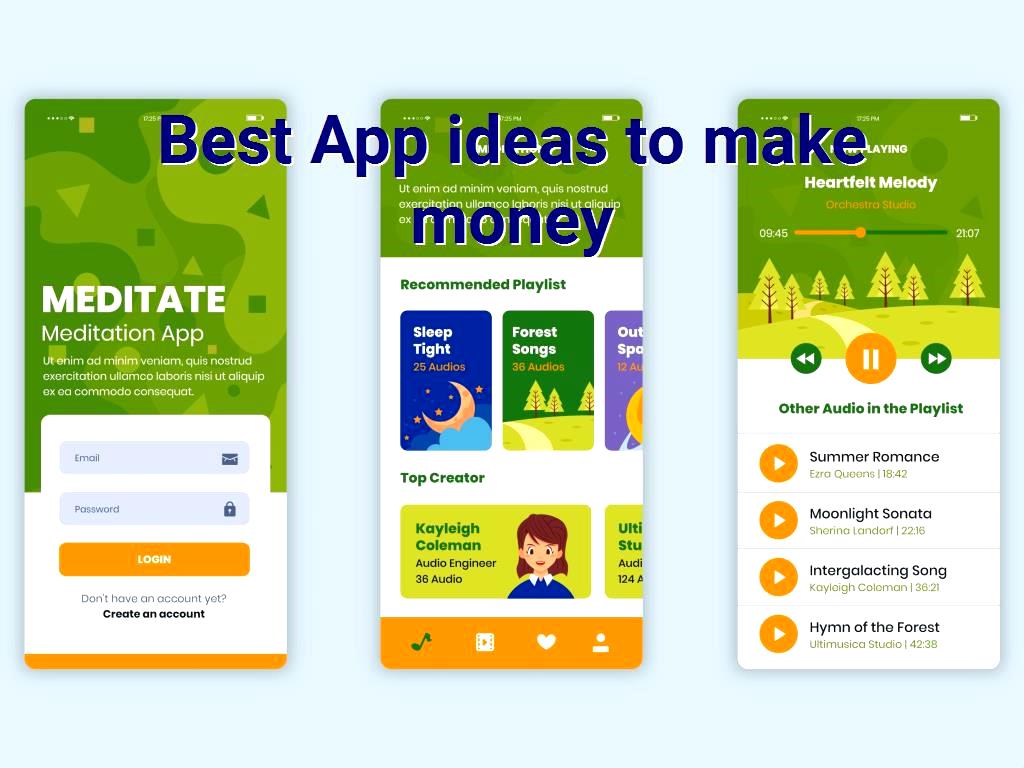 I am going to explain some features and ideas that could attract users while they are using an application:

- By having Extra features:

By adding some extra features to an app, it could become easier and more reasonable to ask for money or watch an ad instead of becoming able to use them, for instance, background music play. When people use an app, they could pay for some extra features because they may get tired or want to try some new music. It could be even better if they choose the music kind.

Many apps have a messaging feature that users use so much to know some new people and make new friends. As users welcome this feature, we could make some conditions and limitations to shorten their conversations. Therefore, if they want to continue the conversation or get more suggestions for starting messaging, they have to pay first or watch an ad. We also can give them a chance to become unknown during the chat under some conditions.

Ordering food online or finding a place to have dinner or launch by using an application is an advantageous way. Every local restaurants or even popular restaurant could get a chance to become known by so many people who are hungry and hope to find what they want easily. An application which shows the nearest and best place for you to eat something would be chosen by lots of restaurants which are looking for customers. Please have could also get a percent of adding every single client to a restaurant or a bar.

- By Finding the best delivery price:

Online shopping  has become an epidemic, and every client is looking for the best delivery price to get their orders, asking people to sign up for an app to get able and choose their best delivery offer. The prices could become more by the application and the rest of the money owed by an app. Deliveries could also get some discounts in contrast with a specific number of clients. So it will encourage people to become a member. And also, in exchange for money, this app could bold some delivery offers or make them a special offering.

Communication is an important subject between people. So they could like to become more familiar with the most used languages among people.  An application which is designed   to teach a language to people would publicize programs, movies, series, and also podcasts, and music to members and earn money by introducing them. It also could have a free level of teaching for beginners, but after a while, they will be needed to pay for the rest of the lessons or to get the degree on their course.

People are using applications anywhere and anytime they need them because accessing apps and the internet is very simple today. In this way, app owners and advertising companies try to prepare a circumstance to make money. The show advertises or gets payments by users are  some ways to make money by having an app.

The most popular ad networks for mobile apps
6 best investments one can make
How to Monetize WordPress Themes: 7 Realistic Ways to Earn Cash
How much does Google pay for ads on an app?
How do free apps make money for me?
Emberify: Top 5 Effective Tips to Make Money on Instagram [Updated]
Is it good to invest in apps, for having a passive income?

6 best investments one can make
The most popular ad networks for mobile apps
How can shops sell more if they have their own app?
How to earn money on YouTube? tips and tricks to earn more
Emberify: Top 5 Effective Tips to Make Money on Instagram [Updated]
Compare the earning from Ironsource and AdMob monetization
How to earn money from your mobile app?
How do mobile banking apps make money?
How to Monetize WordPress Themes: 7 Realistic Ways to Earn Cash
How do freelancer apps make money?
Best passive incomes 2020
How much does Google pay for ads on an app?
Scroll to top