The definition of anti-virus and rootkit as well as the detection ways of a rootkit. Here, we are also talking about the abilities of an antivirus and if it is capable to detect a rootkit.

Firstly, you need to know what an antivirus exactly is. Secondly, you have to become familiar with  rootkits and their different kinds. Then you will be known if an antivirus is capable of detecting rootkits. If you also are mentioned, which kinds of antiviruses can detect them and understand if all types of rootkits are detectable by antiviruses or not. 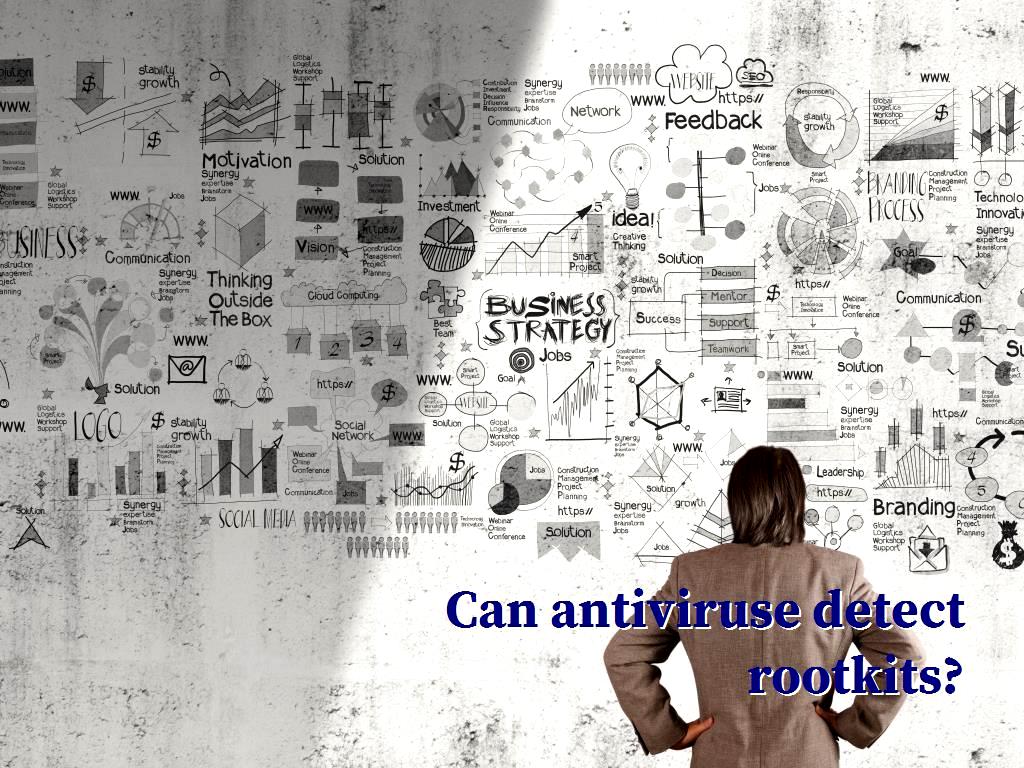 What a rootkit is?

Rootkit is a word which is made by connection of two words root and kit. A rootkit is a program or several software programs designed to enable access to a computer or an area that is not allowed to access in other ways. A rootkit is not just one tool. It is the collection of tools that enables access to a computer or network. Root refers to the admin account on Unix and Linux systems, and kit refers to the software components that implement the tool. These days, root kids correlate to malware such as viruses, trojans, worms, etc. This association between rootkits and malware enables rootkits' hidden mood, which means their actions and existence are concealed from users.

Lan Davis and Steven Dake wrote the earliest rootkit in the early 1990s.

NTRootkit  type of rootkit gets activated when e hacker installs it on your computer most of the time. It is installed as an exploits part. And also, it can be interesting to the system as a result of an earlier attack. NTRootkits are often unable or difficult to be detected.

As it is a bit understandable from the name, it is designed to hide information from other applications. It is a user-mode rootkit.

Machiavelli rootkit  creates some calls which are hidden. This rootkit had targeted Mac OS X for the first time in 2009.

This rootkit was installed to target Ericsson's AXE PBX in 2004/5.

It is a Trojan horse designed to steal bank account information and was identified first in July 2007.

Stuxnet is the first known rootkit for the industrial control system.

Flame type of rootkit  is a computer malware that was discovered in 2012. The flame is used to attack computers running Windows OS. It is also capable of recording audios, takingtaking screenshots, and controlling keyboard Active network traffic.

A permanent rootkit gets activated whenever you start your system. This malware includes a code that needs to be automatically run by every entrance by the user. This way, code should be saved in a permanent memory like a Registry or File system. There should be a safe way for this code to be easily performed.

They are malware that does not have permanent codes, and they won't survive after the system's restarting.

Rootkits use a range of protection ways to prevent themselves from getting recognized. For instance, a user-based rootkit would stop every request to Windows APIs.

They could be even stronger because not only can they access core APIs, but they also can make changes to them. One common way to make rootkits invisible is to delete them from the active process's list. APIs are relied on to process management, and malware processes will not be shown in managing tools like Task Manager or Process Explorer.

How does a rootkit work?

Must have root kids have a complicated mechanism. Rootkits create processes on the victim's operating system that software like Task Managers does not recognize. Rootkits make some keys on operating systems to connect networks by network registering. The collection channels are created in a way that is not recognizable by channel tools like Netstat.

In the next step, rootkits create backdoors for malware's entrance to the operating system. This malware is parted into two groups:

1) Covered malware that gets recognized easily by  security software. This kind of malware is designed to get into the victim's system to make the backgrounds of the main malware able to log in.

2) Second group malware are the ones that are not recognizable by security software and are aimed to collect users' information or even record audios. Rootkits are created to make infections, and unfortunately, they are so powerful and have no limitation in their actions. They are all so fast, and when they are connected to a system, information will be easily stolen by them.

Antiviruses detect viruses by scanning your computer. They have a range of codes defined as viruses, and if they detect these codes, they will announce them as viruses. In this case, the antivirus will ban the files or apps containing these codes or even remove them permanently. 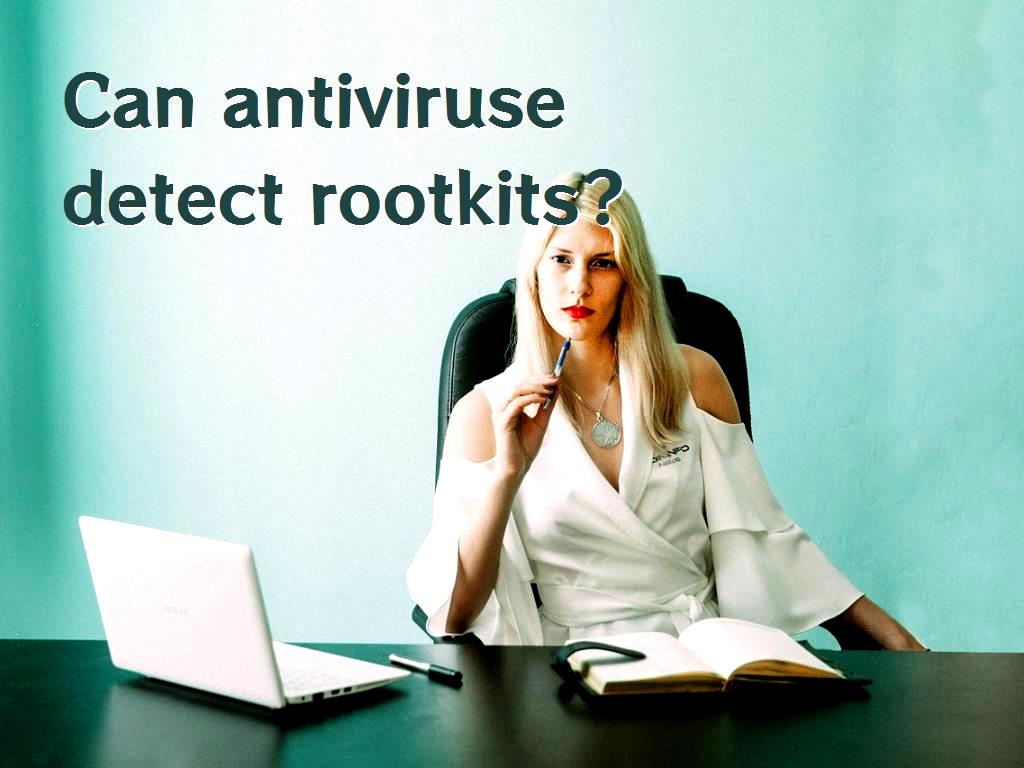 Detection ways of a rootkit

A database's exit points with having all structures of infected files that compare them with signatures and if the signature or similar files structures, will define them as infected files. Understandably, we can detect known rootkits because the unknown root kids have no signature. This detecting method is also named rootkit fingerprints.

2) Detecting rootkits in the form of Heuristic:

Remember that when we talk about Heuristic or behavioral ways of detecting something, we will first study the behavior of activities and procedures of a system in a normal mode.

And if we realize a difference, we understand that a problem has occurred, and we need to sort it out. Malware or unknown rootkits can be detected in this way.

In this mechanism, the use software such as SIV (  Signature Integrity Verifier  ) before rootkit infection. This software will make a memory of all files, databases, etc., and put them together, and by comparing them with new hashers, will detect rootkits.

Can we detect a rootkit by antiviruses?

Antivirus can detect rootkits by recognizing malicious attempts of accessing system functions. Maybe antiviruses cannot detect a rootkit directly, but by scanning your computer, malicious attempts from rootkits will be recognized, and then you will be able to protect your system. However, not all antiviruses can detect rootkits. Besides, all types of rootkits are not detectable, and also some rootkits are unknown own and won't get recognized by any kind of software. But after all, by scanning your system and finding out the unnormal inputs, you would be able to detect rootkits and start acting out.

Can we remove rootkits?

It is hard to detect rootkits and remove them. But by using a dedicated rootkit removal, you will have a chance of detecting and removing rootkits. Pay attention that some rootkits are harder to remove.

How to prevent getting a rootkit?

A rootkit does need a transfer vehicle and cannot infect drives by itself only. Most of the time, you download and install rootkits within other software which seem legitimate. You install rootkit along with other software when you approve the software installation. But be aware that software installation is not the only way of getting a rootkit. Connecting to a shared device from a compromised device is another way of getting a rootkit. You even make it a rootkit from email. You could prevent getting a rootkit by knowing how they work and how you can get infected.

Rootkits treat everyone's system, so we all need to know how to prevent them from accessing our system. Using antiviruses is a way to detect a rootkit. Still, it won't show you the exact type of the rootkit that has infected your computer, so you need to do more researches on them and find out the exact detection way and also understand how you should get rid of it.  All types of rootkits would not be detected by antiviruses  because some of them are hidden, so you need to get some help if you like to remove them permanently.

Website SEO analysis services
What are RSS feeds, and can they get hacked?
Which hat hacker is the best?
How is it possible to protect ourselves from Internet threats?
What are the top 10 cyber security threat?
What are the different methods of database security?
Which VPN do hackers use?
How do you get rid of phishing?
Is it possible to have security without privacy?

hacking methods for all iOS Mobile games?
Will removing SIM card stop tracking?
Which country has the best hackers in the world? What countries are in the top?
How to hack TikTok accounts?
Easy way to hack Instagram account without password
What is antivirus and its types?
Can the firewall be hacked? How much can a firewall be secure?
How does cybercrime affect our daily life?
Did the thieves steal the security cameras?
Should I use WPA2 or WPA3?
What is the best type of firewall?
Is brute force illegal?
Scroll to top