Given that the firewall itself is one of the pillars of network and computer security against hacker attacks, sometimes it is also attacked. How does this happen?

According to recent research, firewalls on the market can be hacked, and threats can still circumvent the firewall using a variety of techniques.

According to statistics, half of the cyber firewall attacks bypass the web application.

However, this does not mean that we should no longer use the file for our computer because it is an integral and vital component for the security of our network and computer, but to protect our essential information, in addition to using the firewall, we must use other methods. And use the facilities to close all the security holes of our computer. 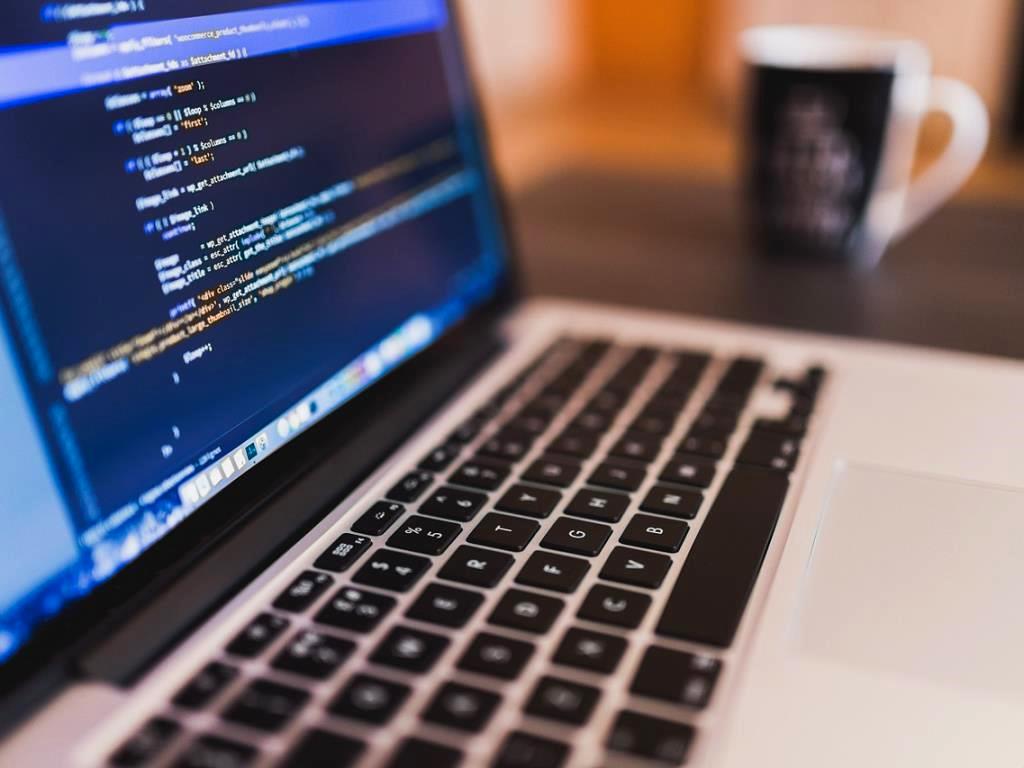 like a hundred barriers, and the border between secure data is insecure, and a lot of data must pass through this barrier to enter the computer; for example, if we compare the computer to a house firewall, It acts as the door to that house, and data can only pass through that door.

The firewall detects with the code on its source whether the data that will enter our system from the outside complies with the firewall rules or not, and if these rules are followed, it will not be allowed to enter the system with no data. Otherwise, the path will be blocked, and the data will not reach its destination.

Firewalls are considered an example of environmental security because they are often the first line of defense in a network.

Firewalls can be hardware or software. Software firewalls are the duplicate personal files that are installed on your computer's operating system and are activated whenever you connect to the Internet, but most firewalls are hardware-based. That users can prevent their system from being infiltrated by malicious agents.

Closed or static filter firewalls are the most common firewalls that check the source and destination of the IP addresses of packet protocols and ports and allow entry if firewall rules are followed.

Proxy service is a method that filters traffic as a percentage of the program. In this method, proxy servers act as intermediaries and control the communication between the computer and incoming packets.

Another well-known type of mango firewall is the state inspection, which uses newer methods in this type of firewall in that it compares a chain of packets and compares the packages with its tab with the table it contains. Allows passage if the matching packages are reasonable.

Methods that hackers use to circumvent firewalls:

Internet-enabled devices such as the Apple Watch, innovative home technologies, and updates to such devices are complex and managed by a third party without regular updates, and the number of devices is enormous. As a result, their security is often overlooked, making the Internet of Things an excellent tool for attackers.

One of the features of modern IoT devices is that they allow devices to communicate with each other, and since these devices use automated protocols, they can easily bypass the Five and deliver the malware to the router. Give.

Hackers combine social engineering with tools such as remote rootkits, which can take over the entire system, which is why additional security controls such as two-step authentication and comprehensive end-user training are essential.

Vulnerabilities of the app itself

Firewalls themselves may be secure, but most hackers can easily bypass a firewall through a vulnerable program or operating system and enter the computer. In some cases, the firewall itself can be weak, so you should Use updates and connections for your system.

Traditional firewalls only work at a certain level of IP addresses and network ports. For example, if the network firewall is active in layers two, three, and four, on the other hand, a bunch of attacks that occur in layer 7, the firewall can not prevent it.

One type of attack is a SQL injection attack that exploits software vulnerabilities and paves the way for a computer to enter and bypass a firewall.

One of the prerequisites for adequate firewall immunization is proper configuration. For example, when an organization makes changes to its technology infrastructure, incorrect firewall configurations include setting a wrong area or creating a false rule that bypasses the output filter. Excessively allows firewalls and infiltrates attackers.

Is the firewall alone enough to protect?

No, a firewall alone cannot be good protection for your computer. Cyber security requires different layers, of which the firewall is one.

The firewall is vulnerable to phishing and social engineering attacks. With the advent of technology and advances in this, developers are releasing new updates to cover all threats. Some of these updates are automatic but often require expertise and human monitoring.

Having several practical security tools such as antivirus and MFA can enhance your computer security along with the firewall. But they can not completely secure your system. Therefore, information security management of IT events can thwart the attack in the early stages.

Instead of using traditional Siemens that require manual configuration and fine-tuning, use plumeria, a team of security experts, to do the fine-tuning configuration ball for you, which only takes a few hours. 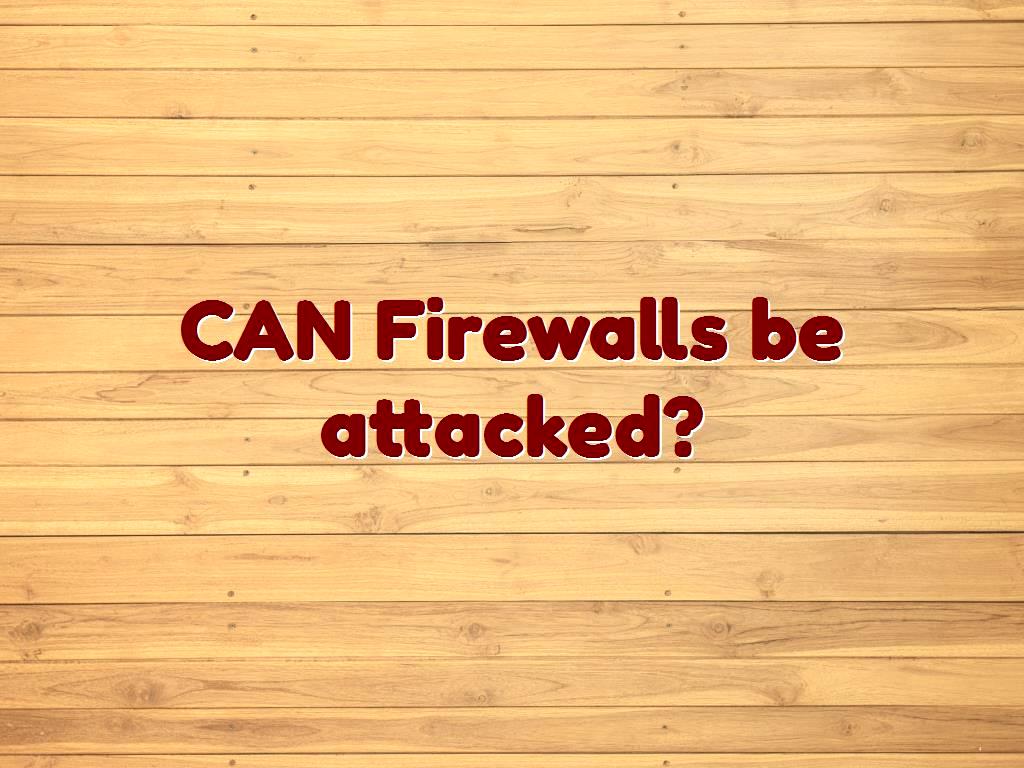 What attacks are this resistant to?

Different Types of Firewalls Protect Against Different Things Below are some of the things they can do to protect them:

Firewalls can define a defense strategy against their own attacks installed by the program or an endpoint. And prevent insider attacks by limiting attacks.

These are just a few examples of the tasks that files can do, but they are still not completely secure, and the firewall can be bypassed in these cases as well.

What are it powerless against?

If we want to layer cybersecurity, the file is just one of its layers. It is true that the file is one of the main tools of network security, but it can not stop everything completely. In fact, hackers have researched for years that  They can use a way around the firewall and also use intelligent exploitation tactics.

Below are some examples that this cannot protect:

Attackers sometimes attack the weakest people in the cyber-attack chain, using email and social media to trick them into downloading malware and infiltrating cybersecurity systems.

Malicious use of user accounts

Firewalls work on the basis of protection against external threats, and often they can not function appropriately for someone who has access to the device from a legitimate account. Internal firewalls can help reduce this, but they must be configured very carefully.

Sometimes data traffic is so fast that firewalls can sometimes not protect it. And most DDOS attacks can bypass the firewall barrier and enter the system by overcoming cyber security defense.

Sometimes a vulnerability in a computer program or firewall itself can open the door for attackers, which is why penetration testing and vulnerability management are critical to cybersecurity.

A cyber security attack can directly access and communicate with your system; no matter how many firewalls we have installed, it will still not be enough to protect your information.

In this article, we mentioned all the ways that the firewall can be bypassed and entered into the system, and we also mentioned the things we can do to protect and prevent this. As we said before, the firewall is one of the levels of cyber security in protecting. It is a network, and you can never use all this to implement all the safety of the computer and the web. However, it is true that the firewall is one of the levels of computer security, but it can sometimes be hacked and make the work dangerous and away. We hope that this article has been of interest to you and has increased your awareness.

Click to analyze your wesbite SEO
Top 10 Ways to Repurpose Your Old Laptop
Is free antivirus safe?
Hacker typing and fake hacks by scammers, what is it exactly?
What are the types of attack that affect online banking?
What can a hacker do with Chrome Remote Desktop?
Does McAfee scan for rootkits?
What is the example of cross site scripting?
What is Aimbot hack in PUBG?

Easy way to hack Instagram account without password
Should I use WPA2 or WPA3?
Can you hack into someone’s TikTok?
How to hack Xbox?
What is antivirus and its types?
Which country has the best hackers in the world? What countries are in the top?
Is Titanfall still hacked?
How do you hack Instagram growth?
What are the examples of physical security?
What are the advantages and disadvantages of network?
What is the harm of computer for health?
Can free antivirus be trusted?
Scroll to top