If you want to hack the phone's camera using remote security malware and you can take photos and videos or get acquainted with the methods to deal with it, do not miss this article.

Hackers can use some security malwares  to hack into phone cameras, take pictures remotely, and even record a movie. In the Android Camera app, experts have discovered some vulnerabilities that allow hackers to use these security malwares to remotely take photos and videos of your phone.

Experts say that in Samsung's Android phones and smartphones manufactured by Google, some vulnerabilities have been discovered through which hackers can easily infiltrate users' operating systems and then be able to remotely Without physical access to users' phones, they can take photos from their cameras and can even record videos.

The team and research company Checkmarx discovered this security flaw in Google Android and Samsung. The research team first conducted its research and tests on the camera produced by Google, model 2XL and Pixel 3. They were then able to find some code and programs to bypass security. It is worth noting that the Checkmarx research team knew that these security vulnerabilities also affect Samsung-manufactured smartphones, and that hackers could use their vulnerabilities to access the phone's camera remotely.

Samsung and LG smartphones are at risk of  Qualcomm security flaws. In addition, an attack called Simjacker can affect a billion phones and destroy or damage them.

The company's research director and Checkmarx research team have provided some information on using spyware to gain access to Google Camera. "After our team scrutinized the Google Camera, they learned that hackers could easily hack into and infiltrate the phone's camera by using certain applications, despite security flaws in the Google Camera, and so on," he said. They can also capture photos and videos. Of course, it should be noted that in addition to hackers can take photos and videos using the security flaws in the camera of phones, they can also access the user's location using the GPS feature, and even have the possibility to take photos and access the files in the phone gallery as well. 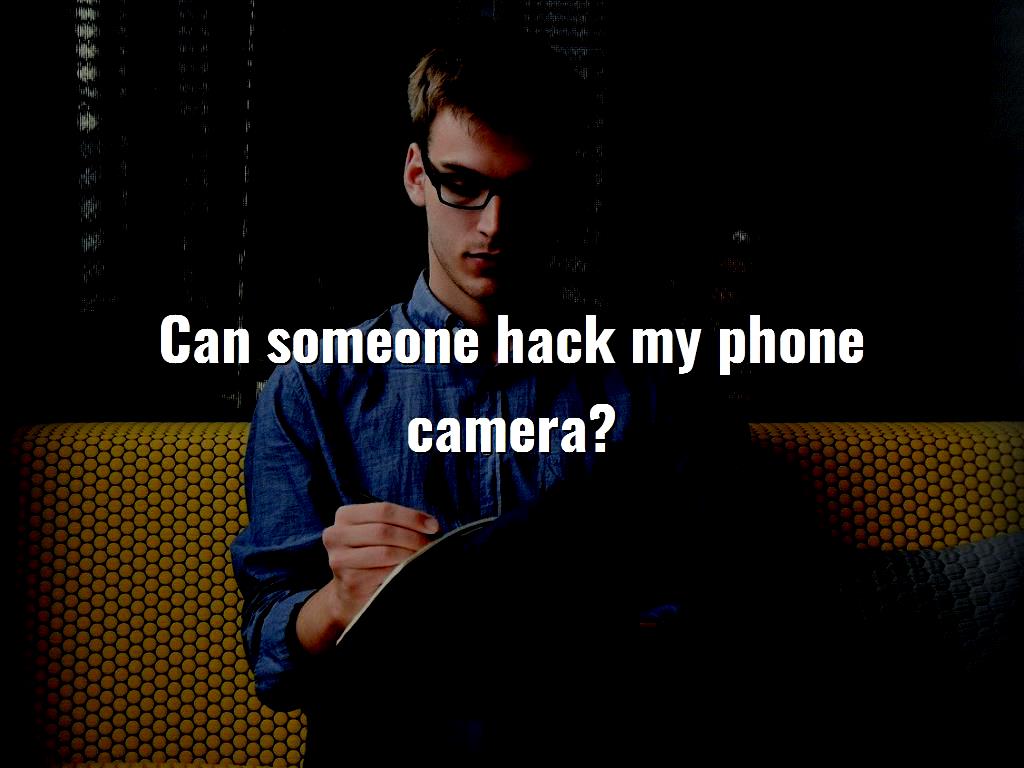 The Checkmarx research team, which has been responsible for researching and examining smartphone cameras, proves that despite some vulnerabilities and security flaws,  hackers can easily gain access to the phone's camera through certain programs, and from them Use the remote so that hackers do not have to have physical access to the phone. They can access the camera software remotely from this security flaw in the cameras of Android operating systems and smartphones of LG and Samsung. Be there and even take photos and videos. Since today, special permissions are not required to download and install various types of applications designed and developed ( in French:  applications conçues et développées  ) in Google Play stores, therefore, the ground for hackers to abuse them is easily provided.

Is the phone's selfie camera hacked?

Hacking electronic devices such as phones, especially their inner ones, requires a lot of knowledge to exploit their weaknesses and vulnerabilities and penetrate the camera and phone. It is worth noting that some people claim that Apple phones are safer than other smartphones. Apple has updated its selfie camera with a green light next to the selfie camera in recent years. This green light was seen when you were using the selfie camera, otherwise the green light would not have been turned on and displayed. This update is for the selfie camera of Apple phones, to  increase the security and awareness of the users.

How to increase the security of cameras?

It is worth mentioning that after Apple's update, to increase the security of selfie cameras and put a green light as a sign of selfie use by the user, not other people, the audience, and users of Android smartphones have been waiting until Google and Samsung. It also offers updates and security features for Android smartphones, but it is interesting to know that this has not happened before and there is no such update. There are some solutions that we offer to protect and prevent the hacking of the cameras of Android phones.

This app was designed and developed by a programmer ( in Slovak:  navrhnuté a vyvinuté programátorom  )called Jagan2 and can have the same functionality as the update and security feature of Apple phone cameras and act almost like them. By using this app, you will maintain privacy in your phone's cameras and prevent hackers from hacking into your phone and using the camera. By using this camera, you will be able to increase the security of your phone's camera and be aware of all the activities that are done in the camera. Of course, it should be noted that this application, in addition to providing security for your phone's selfie camera, will notify you immediately when your microphone is used.

Access Dots software can show you that someone is using your camera or microphone by showing green and orange lights on the top of the phone. You can also take the necessary measures to protect your security and privacy.

There is a feature in Android 9 and above that will be notified when you use your phone's microphone, and you will be aware of it. If the version of your  Android operating system  is old, it is recommended to use this type of application to maintain your phone's security.

What are the features of the Access Dots application?

We can use this application, which is designed and developed to protect the privacy of phones, cameras, and microphones. But here we want to tell you about the capabilities of this software. This application has two versions, free and paid, which have different capabilities and features. But it is worth mentioning that the free version of this app also has features that we can use to protect the privacy and security of the phone, camera, and microphone. In the paid version there are some additional features, and you can customize them.

Ads and notifications can be resized or customized to better inform notifications. You can also use the reports of this security app to identify some suspicious applications and malware and prevent them from being installed on the phone.

How do I know if my hacked phone is dead or not?

To determine if our Android phones have been hacked and if hackers have access to their camera, the best thing to do is open your phone's camera and zoom in and out. If there is a delay when working with the phone camera, or in other words, its speed was low, it means that someone other than us has access to our phone camera, and slow speed and delay in loading the camera can be signs of hacking. Be our camera. 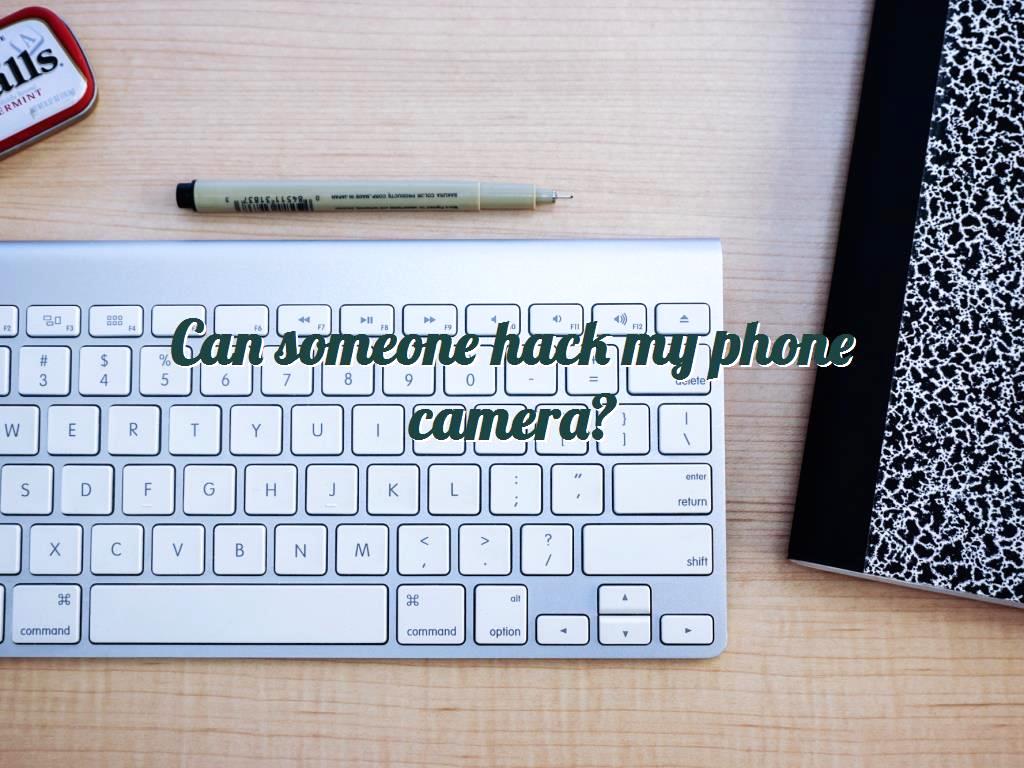 How can we prevent the phone and its camera from being hacked?

- Turn off Bluetooth in case of unnecessary

What are the types of security?What is the main and important type of security?
How to hack any laptop connected to the same Wi-Fi
How to cheat on Zoom exams?
What are the 7 layers of security?
Easy way to hack Instagram account without password
hacking methods for all iOS Mobile games?
Is it legal to use hackintosh?
Influence of cyber-attacks on a company or an organization
How are DDoS attacks prevented?
How much money do hackers make? What does their income depend on?
Can the site be secure without HTTPS?
Is cyber security the future?
Scroll to top