There has been a lot of progress in the field of security these days, and in this article we want to examine whether, despite all this, there is still a need to use antivirus or not. 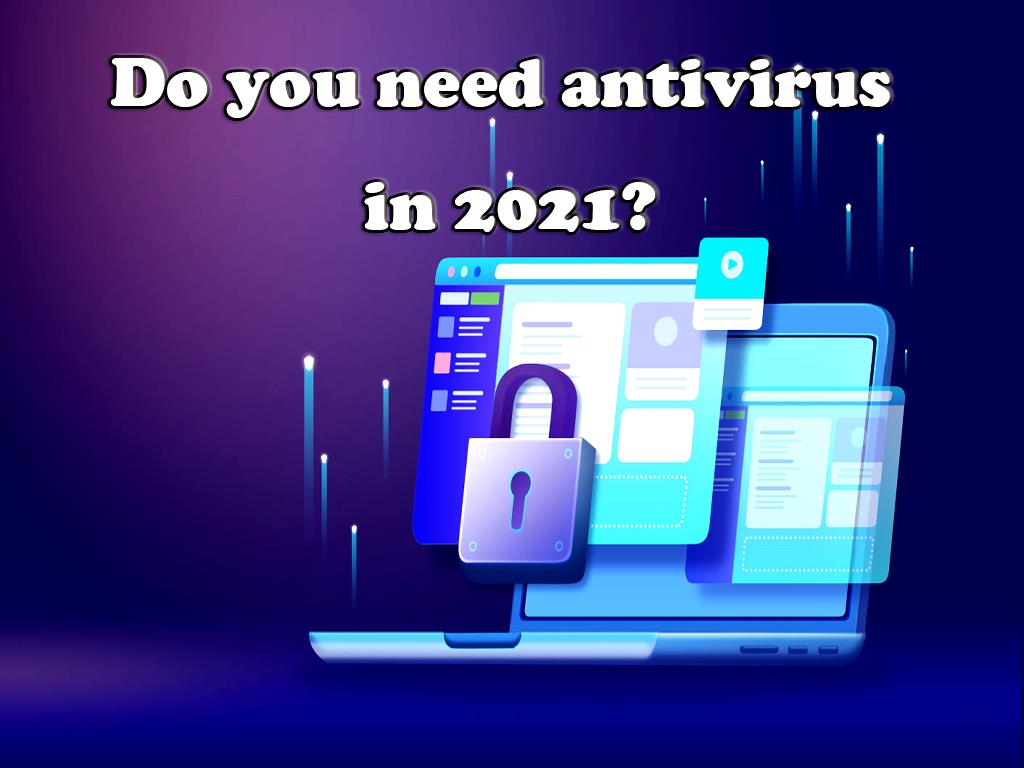 Nowadays, users have more knowledge of security than in the past because they try to increase their awareness by reading related articles. Also, their concern in taking the necessary steps and observing the necessary points to  increase security  has increased.

Given these, different users may think that different  software programs  are no longer needed to protect systems and their information because they are highly aware of any possible threat, like, spam emails, malware, virus, worms, etc... They think they can prevent their information from being stolen by hackers without using antivirus. Still, it doesn't seem like a good idea because using software programs is always necessary because protection is so complicated. It cannot be done without the help of antivirus. In this article, we will examine this issue in more detail.

It is a program that prevents various threats, such as viruses, malware, etc., from entering computer systems and mobile devices. As a result, the security of computers can be greatly increased by using them. If you ask any user from beginner to professional about antivirus, they will tell you that it is one of the requirements that should be installed and updated regularly.

It should be noted that, in some cases, users no longer pay attention to the security of their system as much as before, after installing a strong antivirus, so that they click on any link or email without thinking about possible threats, because they think that the antivirus must provide complete security for the system. However, this idea is wrong. Even though you have installed a strong, you should still pay attention to the  security of your system  and information as much as before in order not to allow different viruses to enter your system.

This question should be examined from two aspects, and also, the answer to this question can be both yes and no. The answer "yes" is because antivirus software programs are still needed today despite all the advances in technology and security. Still, in addition to using antivirus, other factors such as two-factor authentication, updating software, using strong passwords, strengthening privacy, etc., should be considered. You should not rely only on the antivirus.

It should be noted that, of course, some people may think that if a person observes all the security issues, for instance, they try not to enter any site that they are not sure of its validity and security, or they do not open any suspicious email. As a result, they can  provide security for their system  by themselves without the need for antivirus. Still, in our opinion, this method cannot be very practical because no one can always act intelligently, so they may not be able to detect many threats. As a result, they must install and use a suitable addition to the steps that should be taken by themselves like the ones we have mentioned above, so they must be used together to achieve a great level of security.

In addition to paid  software programs, there are also free types which can help you which you do not have to pay for them, so it can be used for those who have a limited budget, antivirus does not decrease the speed of your system, on the other hand, it helps you with increasing the security of it, and it should be noted that you must try to choose antivirus depending on your purpose and the features of that, in the following, we are going to introduce you to some  software programs  that can be very useful for you.

In general, you and all website owners try to  increase the security of your system  by following security tips and preventing hackers from infiltrating your system despite their vast knowledge and new methods that they tend to try day by day. Still, as we mentioned before, none of the users can follow all the security tips online. You may lose your system security just because of clicking on an advertisement displayed on a website.

On the other hand, there is a perception that antivirus programs have vulnerabilities that may open the way for hackers to enter. If you research them, you will find out that these vulnerabilities can cause serious damage to the system, which is why, as we mentioned, some people think that it is better not to use antivirus and comply with all the security tips instead.

Nevertheless, the use of antivirus programs is of great importance in system and  information security. As we mentioned above, in some cases, the answer to whether we needed an antivirus in 2021 is no, which we will mention in the following section.

In what cases do we not need antivirus?

- If you use Windows Defender:

Using Windows Defender  can greatly prevent malware and viruses from entering systems, and today it is considered a tough competitor to free antivirus. Many tests have been done on Windows Defender to date, it has been able to withstand 99.5% of threats, and it can also rank well compared to antivirus programs. As a result, some people think that using Microsoft Defender can be a good and complete defense against viruses. Still, if you take a deeper look, you will find out that there are free  antivirus software programs  that can still perform better than Microsoft Defender.

- Users who use MacBook:

Macs have a very  high level of security  and are being used less than other computers. Users who provide Macs usually have special expertise that can ultimately help them in the security field. Still, in general, Macs have a high-security level, so users do not need to use antivirus software programs.

Although the number of people who need antivirus may be decreasing day by day, in 2021, there are still users who need to use it. Among them, we can refer to the users who use public computers, and it is also necessary for those who have sensitive information on their computers, etc... Such people should try to choose the best antivirus carefully.

Is having two antivirus programs a bad idea?

You may think that having multiple  antivirus software programs, instead of one, can increase the security of your system, which is not a good idea, and not only does not this contributes to system security, but also decreases the speed and performance, which eventually cause the system and information to be exposed to more vulnerabilities, finally, to  increase the security of your information, it is necessary to observe all the security issues sufficiently and do not try to install more than one antivirus to achieve more security, because in most cases it does the opposite.

In general, there are different opinions on whether antivirus was needed in 2021 or not. We have tried to mention all these opinions in this article. The point that should be considered is that it is not time to abandon antivirus programs yet, and it is necessary for all users to select and install a good and appropriate antivirus. And in addition to that, you should also follow the necessary tips to increase security, such as using strong passwords, firewalls, updating programs, and other steps that should be taken, which we mentioned above. 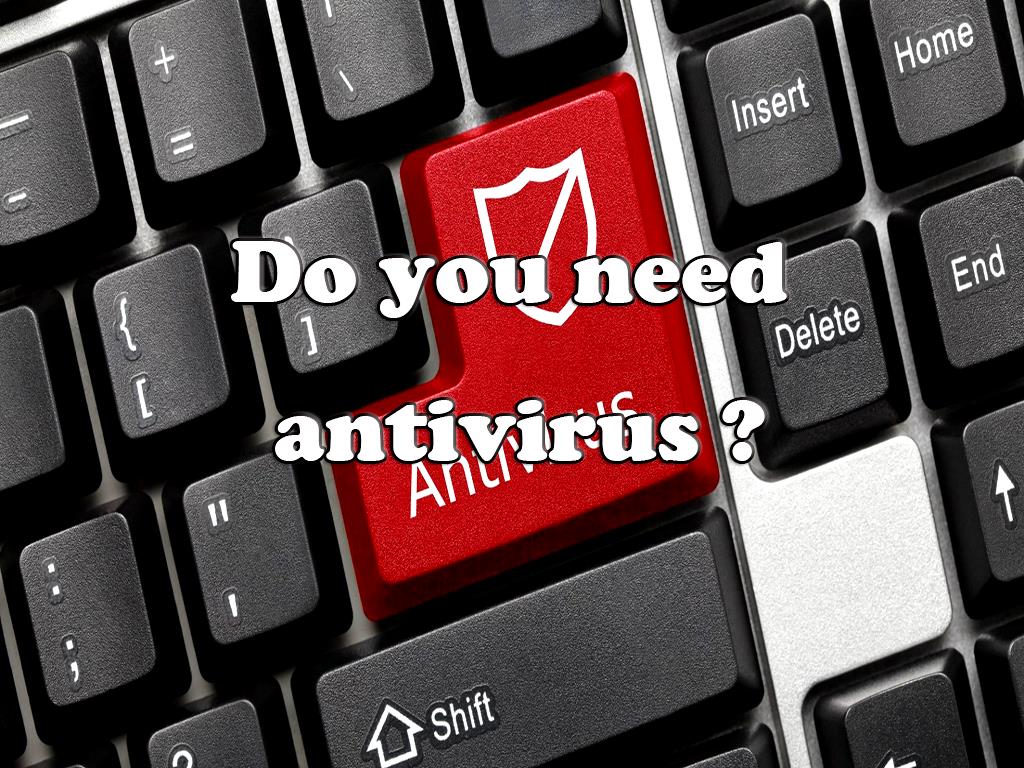 Click to audit your website SEO
What causes a man in the middle attack?
Can my iPhone be hacked by clicking on a link?
How do I block my phone from being tracked?
Can the site be secure without HTTPS?
What are advantages and disadvantages of different types of computer storage?
What is the difference between Trojan and virus?
How do I remove malware from my phone?
Can the firewall be hacked? How much can a firewall be secure?

Can you hack into someone’s TikTok?
What are the types of security?What is the main and important type of security?
What Is Whazzak? How to use it as a hack tool?
How to hack any laptop connected to the same Wi-Fi
What is antivirus and its types?
Easy way to hack Instagram account without password
Do laptops need antivirus?
Is online banking secure?
How can iPhones be hacked?
Is Bitdefender Antivirus Free Edition good?
Can DDOS affect your computer?
How do you check if a website has a virus?
Scroll to top