In this article, you will become familiar with the exact meaning of hack and its functions. You will see if hack means trick or not.

Hacking can be a legal or illegal attempt to access and exploit a computer system or a private network. A hack occurs when a person, known as a hacker, can bypass the security system in your computer system and gain access to the information contained therein. 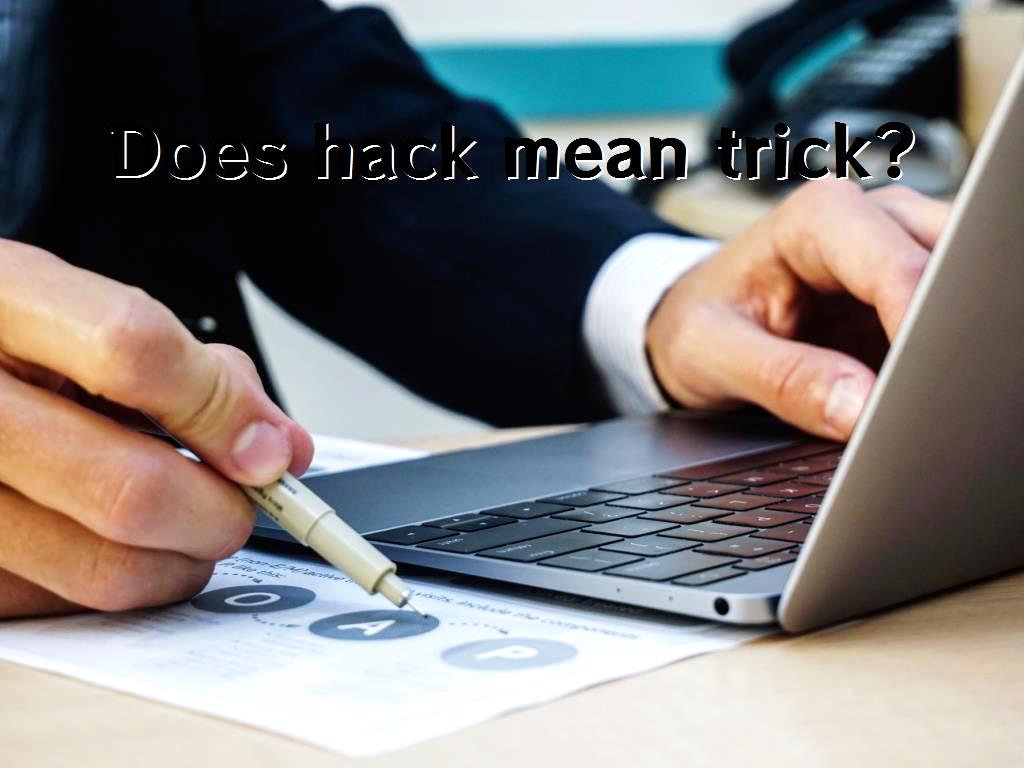 To better describe hacking, it is best to illustrate it with an example. Suppose you go out of town with your friend for fun, and you are watching your old pictures on his Google Drive account. If, while your friend is logging in to their account, you inadvertently find out their password and log in to their account out of curiosity or temptation after returning home and checking their files, you are a lucky hacker. The name of the action you have done is hacking, which has a legal offense.

The term of hacking originally refers to the 1982 American science fiction film Tron, in which the protagonist describes their attempts to log into a company's computer system as hacking. After the mentioned movie, another movie named WarGames was released the next year; in that movie, a gang of teen hackers attacked computer systems across the United States and Canada, including Los Alamos National Laboratories, the Sloan-Kettering Cancer Center, and Bank Security Pacific. Shortly afterward, an article was published in Newsweek entitled Young Hackers, which perpetuated the term in the minds of computer system users forever. After that, Congress came into force and passed several cybercrime bills, one of which was hacking into computer systems.

Is hacking kind of tricking?

Hacking could be considered as different meanings, but does it mean trick? Hacking someone needs a lot of proficiency, and you are needed to be a skilled person in this area to hack someone. Some hackers try to get people's information and passwords by tricking them. In this regard, a hacker may show themselves as trustworthy and attract people's attention to get near to them and find out their information to guess their passwords. But we could not consider all the hacks as tricks because most of them are done in other ways using dedicated tools.

Hackers can have different purposes for hacking computer systems. Some people do it for fun and excitement, some of them want to become famous and get a job in a hacking-related company, and some people work for illegal organizations and do it to get money. But there are other things besides, which we will discuss briefly below.

- To steal information or eavesdrop.

Many hackers seek to introduce themselves and declare their power. In many cases, they just want to destroy the information and post a statement on the hacked website to introduce themselves. Sometimes this operation is done on the order of another person. In this regard, the destination services are generally disrupted and will no longer provide services.

- To make a point

The hackers who fall into this category are very interesting. They do not care about money or information and destroy it to make a point. In this way, hackers attack a website to spread their message and inform why they did the hack.

In many hacking cases, hackers have asked for money to retrieve information or make access to confidential information such as online banking, online stores, etc., in which financial transactions are involved.

Many hackers also hack into systems with a specific purpose. Some of them are idealistic and commit this illegal act to expose injustice; some have political motives or are against the government. For example, one of these groups is called Anonymous. Anonymous is a hacker group that has gained much popularity worldwide for challenging and overthrowing many governments. These hackers can target religious groups, governments, and movements to promote a particular program or change information and results in them, such as changing the results of elections! 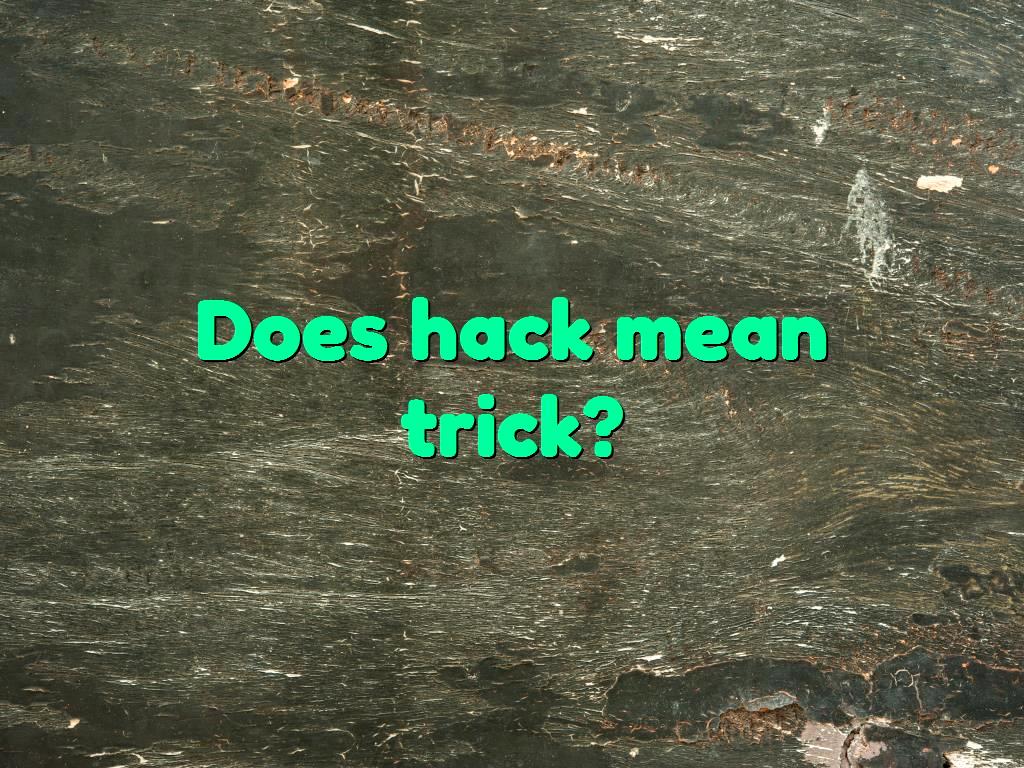 Hackers are generally divided into three categories based on their motives for hacking computer systems:

Black hat hackers infiltrate networks and systems by creating and spreading malware. They are "bad hackers." These hackers are usually motivated by money, but they do it just for fun in many cases. From amateurs to expert cybercriminals, anyone can be a black hat hacker as long as they hack with the motive of spreading malware and stealing personal information.

Unfortunately, the term hacker has a negative connotation. Everyone imagines it as a black hat, but not all hackers are bad; some are white hat hackers who are not bad; they are commonly known as "moral hackers." Companies and government agencies often hire these hackers to investigate security vulnerabilities. They implement well-known cybersecurity techniques such as intrusion testing and vulnerability assessment to ensure the security of computer systems.

Gray hat hackers are curious people who are almost proficient in computer systems. They use their information to find potential vulnerabilities in the network security system. After hacking the system, they inform the network system administrator about the vulnerabilities discovered in the system. Of course, they ask for money to do this, and if they are not properly funded, they may try to damage the system through the weaknesses they have announced.

A keylogger is a simple software or hardware that records information such as username and password by recording the keys pressed on the keyboard as a file or login into your system. Due to such attacks, banking websites have made it possible for their users to use the virtual keyboard so that they will not be hacked when they need to make financial transactions from public places.

DoS attacks are a hacking technique to destroy a site or server by sending many requests and traffic. In this method, hackers use a central system to send flood requests so that the server cannot process all requests and is eventually out of reach and can not be serviced.

A hacker can use software to forge and simulate WiFi. In this method, the software connects to WAP in the main location (for example, modem and access point) and accesses your data through it. This method is one of the easiest hacks, and to run it; you only need a simple software and wireless network. In this type of attack, the WAP hacker introduces themselves with valid letters such as "Airport WiFi" or "Store WiFi" and starts spying on you. The best way to deal with these attacks is to not use public WiFi or switch IP services.

Phishing is a hacking method in which a hacker creates a page similar to some reputable web pages to steal money or users' personal information. For example, they create pages with the same URL and appearance as payment gateways.

Click to audit your website SEO
What is the best free antivirus?
Different methods to hack Gmail
DNS spoofing attack and how it works?
Is white hat hacking legal?
Does Google pay for finding bugs?
What are the 7 layers of security?
Is Gmail secure? How can you make it more secure?
Do Android phones need antivirus?

Should I use WPA2 or WPA3?
How to cheat on Zoom exams?
Will removing SIM card stop tracking?
Is hacking server sided games possible?
How to hack Gmail account without password in 2022
What is antivirus and its types?
Why do hackers target social media?
What is the most dangerous cyber-attack?
What are the 7 types of hackers?
Who are red hat hackers? What are the characteristics of red hat hackers?
What is the most secure Linux?
How can you protect yourself from privacy invasion?
Scroll to top