If you have questions about removing viruses and malware such as trojans from your phone and want to know how to do it, you can find the answer in this article.

You may be wondering if Android phones can become infected as well, and if they become infected, how can we get rid of them and get rid of some malware and other  types of viruses  ? It is worth mentioning that in this article, we want to answer all these types of questions and help you to be able to remove all viruses from your phones and have a healthy phone. 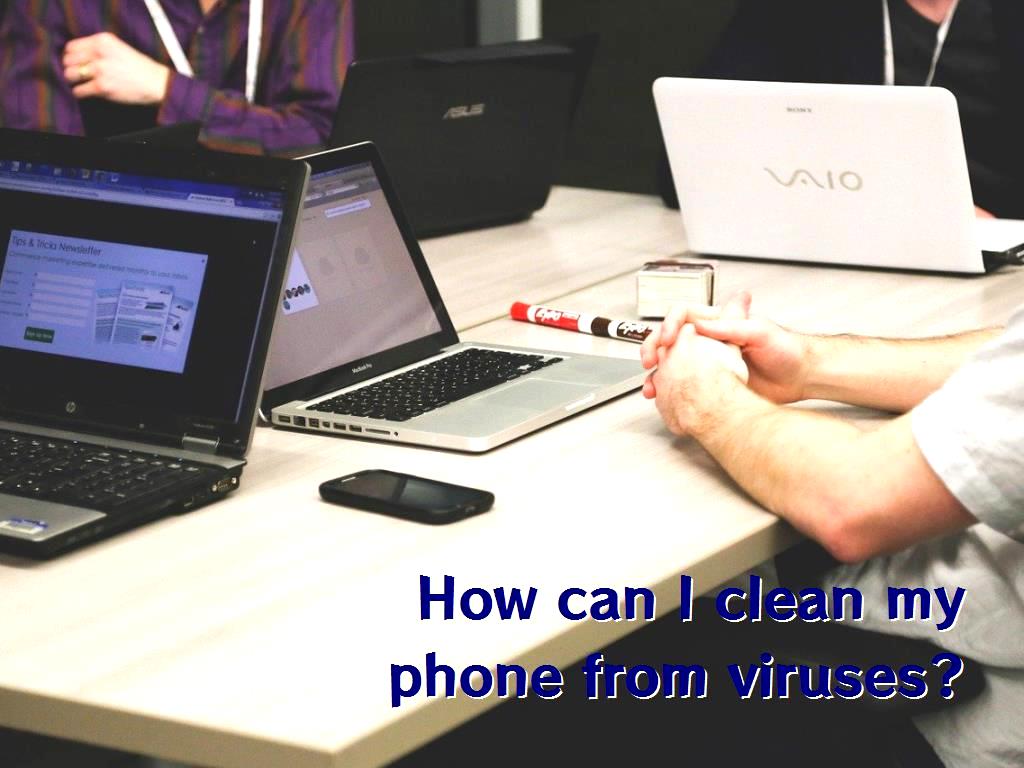 Is it possible that Android phones will become reversible?

The first question we may face is whether Android phones can be infected with viruses and various types of malware such as Trojans. They are also infected with viruses and malware, and these types of viruses also reduce their efficiency or disrupt their performance. After identifying them, we must immediately get rid of these viruses on our phones. Of course, it is better to know that these types of viruses may enter the system by installing various  types of malware  s or malicious software and applications and cause disruption in their operation. In this case, the effect that different viruses may have on Android phones and tablets can be different according to their types. Because even viruses are different types, their impact and destruction can be different depending on their type. Be. For example, we can say that some malware, after being installed on phones and infecting the phone with a virus, may, depending on their type, also affect the source of their code and affect them and cause them to disappear—source code and then malfunction. But in general, it can be said that the features of this type of malware are almost the same and can cause disruption in the performance of phones and tablets that have the Android operating system—the phone's battery consumption. Due to the activity of viruses, background rejection and exchange of data and various types of information cause the consumption of the phone battery to be higher.

How do I know if our phone is infected?

After reading the above, you may be wondering how I know if it is infected or not. You may even be worried that you may not be listening. Is it viral or not? In this section, we want to include some signs that indicate that your swimming phone is viral so that you can use them to determine if your mobile is infected or not.

- If your phone is slow and slower than before, it may indicate that your mobile is infected with a virus.

- If your phone consumes a lot of battery power and the battery charge decreases rapidly, it can be one of the signs that it is infected.

- If some of the applications installed on your system open automatically, it may also indicate that the phone is infected with a virus because there are some viruses that, despite being on phones, can cause disruption and thus open. Automatically get apps on the system.

- Even if it is infected, in addition to increasing the battery consumption, your internet usage may also increase.

- Some weird ads like pop-ups can be displayed, which is done completely automatically.

- Your phone gets hot for no reason.

How do Android phones become infected?

Now that we have mentioned how to detect whether the phones are viral, you may be wondering why. How  Android phones and tablets can become infected. It is worth noting that the methods of infecting Android phones are quite simple and can easily become infected. The source of the apps is portable, and some apps may have been deliberately designed and developed to infect phones. In this case, we can say that the presence of some malicious code in the process of designing and developing apps ( in German:  der Prozess des Entwerfens und Entwickelns von Apps  )can cause the virus to infect phones. It should be noted that apps that professional and reliable designers and developers design to do certain things and meet users' needs can not destroy phones.

Some apps designed by anonymous designers and developers to distort the virus around the neck of the phone may persuade the user to install them on their system in some unreliable stores. After installing the app on their system, cause Be destroyed.

In other words, we can say that you should not worry at all until your phone is infected with a virus by installing different types of applications on your system. Some of the hack apps offered in reputable stores, such as the Play Store, are completely reliable and cannot infect your system. But some apps that are designed and developed by the same hackers and in the process of  developing those apps  use malicious code and are presented in unreliable stores can infect your phone with viruses. 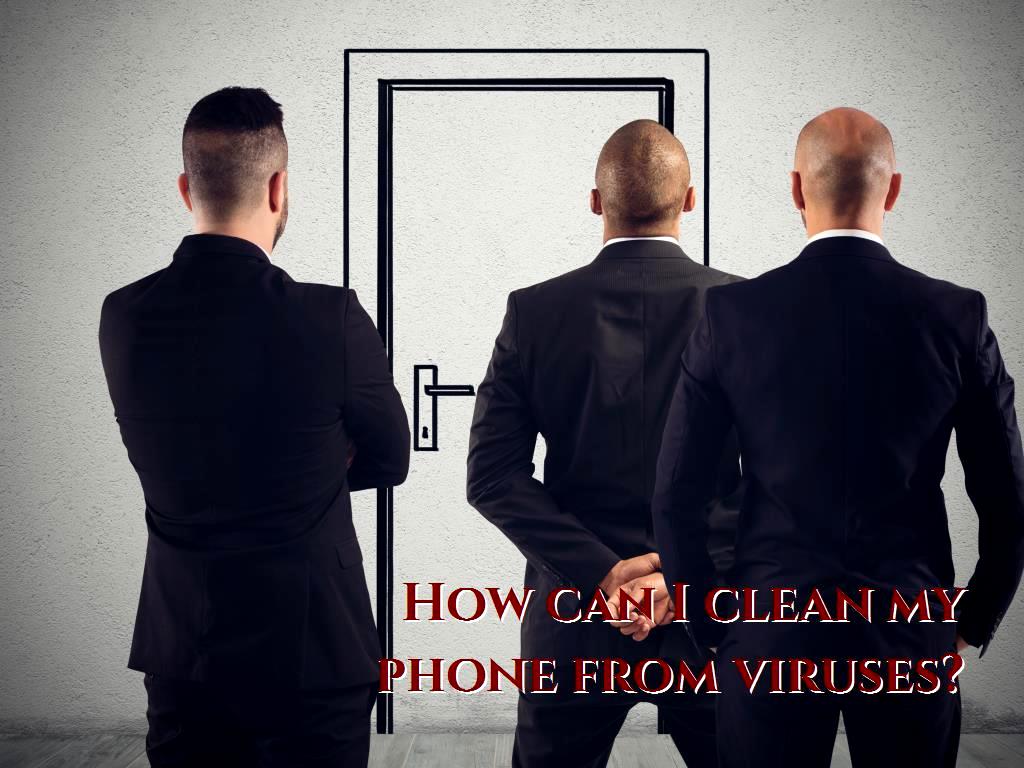 How to get rid of a virus on your phones?

The main part of how to remove viruses from the phone is listed in this section. After you are sure that your phone is infected with viruses, to save your phone from them, you can pay attention to the points in this article.

1- Remove the malware that carries the virus:

As we said above, some apps that have used malicious code in their development process can cause the phone to become infected and thus destroy its performance. For this reason, it is better to take the first step to remove viruses from your phone with this software, or it is better to say to remove the malware that is the main cause of the virus. After we were able to remove the malware that carries the virus, all viruses can be weakened or prevent the production of different types of viruses.

As they know, antivirus is the same security software that can fight viruses and their types and remove them after detection. It is better to install this security software before the system is infected with the virus. Still, if we install antivirus after it becomes infected, it can also have some effect. The antivirus can scan the whole phone, detect different viruses, and remove them from the system. Some of the antiviruses recommended for installation on Android phones are  Bitdefender, Outlook Security, Zemana Mobile Antivirus. After installing them, the necessary scans are performed to detect any malware. And a virus can clear them from the system.

Another method that can be done when the phone becomes infected is the factory reset. By resetting the phone, you will return it to its original state so that all items on the phone will be lost—even all apps and viruses. Of course, some people may not agree to do this because by resetting, all their data will be destroyed along with viruses.

How can you prevent your phone from becoming infected?

To prevent our phone from becoming infected, we can also observe the items listed below.

As I mentioned above, if you want to download the app to meet the need, it is better to download them from reputable sources and stores. In this case, all apps Which are in unreliable sources are designed and developed by hackers or anonymous designers and therefore can carry malicious viral code.

To prevent the phone from becoming infected, you can install some powerful antivirus on your system until it detects and destroys viruses.

Click to analyze your wesbite SEO
How can we improve cyber security at work?
How do Instagram accounts get hacked?
How do you find hidden messages on iPhone?
How does cybercrime affect our daily life?
How much money do hackers make? What does their income depend on?
Can an iPhone be hacked by visiting a website?
How can I protect my laptop?
Is SQL injection illegal?

What Is Whazzak? How to use it as a hack tool?
Is it possible to hack online games in Android with a cheat engine?
Is hacking server sided games possible?
What is antivirus and its types?
Which country has the best hackers in the world? What countries are in the top?
hacking methods for all iOS Mobile games?
What is the best antivirus for Windows 10?
Is Bitdefender good for Windows and is it for free?
What are injection attacks?
Who can see my Google email?
Which is best, Avast or AVG?
Can antivirus detect rootkits?
Scroll to top