One of the main goals of hackers is to hack servers, because in this way they can access important information, which we will introduce in the following hacking methods.

Servers help users get the answers to their questions in a short while. When you request a browser, the browser receives and sends information about your request from the server,  information security is very important. All people who deal with the Internet and computer systems are constantly trying to  increase the security of their system  by taking measures to prevent hackers from infiltrating their systems, it should be noted that hackers are trying to be able to add to their science and knowledge and their power day by day in the field of computers and hacking given that users are trying to increase the security of their systems so that hackers try to improve their acknowledgment in order not to be stopped by any obstacles, in this article, we are going to discuss how servers are being hacked, but before that, you need to know a little more about the definition of a server. 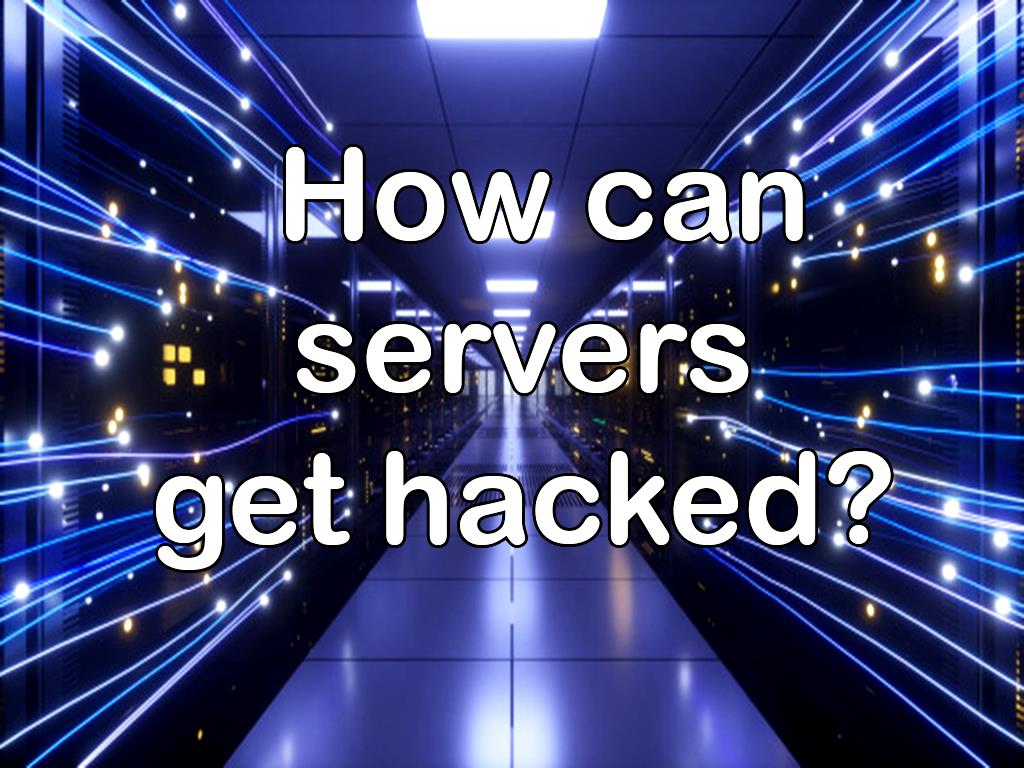 What is a server?

Simply put, servers are computers that share information with other computers, the  servers  have a software section and hardware, and hackers target the  software  section more. By entering this section, they finally gain a lot of information, which we will discuss in more detail later, of course, ethical hackers are constantly trying to find security holes in web servers. They use the same methods that malicious hackers use for the server, with the difference that the purpose of these hackers is different. If a white hat hacker can hack the server through a path, they will report quickly, so that all security holes will be closed and the way for malicious hackers to enter will be blocked as well.

How can servers get felled?

Initially, hacking needs gathering information about the goal they intend to achieve, in order to collect information, it is necessary for hackers to gather complete knowledge about the relevant server, its hardware and  software  parts, configuration, address, etc., gathering information is actually an important part of hacking a server, and if this step is not done properly, taking other steps are somehow impossible and hackers will not be able to reach their goal, the next step is to find the vulnerabilities of the server, so that hackers can access the server through these points, in order to do this, hackers usually use tools to scan for server vulnerabilities, in fact, these tools can check all the  security  issues on the server and let the hacker know the weaknesses, for example, if the server has a weakness in choosing a password which can be easily obtained, they will let the hackers know about this weak point, other vulnerabilities of a server that may be found by these tools may include incorrect configuration of software on the server, non-updated software on it, and so on.

Hackers may use the following tools to scan servers:

Nessus  can provide a lot of information to hackers. It can find and report vulnerabilities on a server. Using this tool requires payment, but hackers can regain the money they have spent quickly.

Nmap  is one of the most popular tools that can be used to identify vulnerabilities in a server.

Nikto  works like Nessus, but this tool is that if an intrusion detection tool is used, the hacker who has used this tool can be easily detected.

This tool is also used to identify server vulnerabilities.

Working with this tool is very simple, and even a novice hacker can easily use it to access vulnerabilities in a server.

This tool allows a complete analysis of a server.

These tools are very suitable for analyzing servers and provide other possibilities for hackers.

All programs and services on the server can be scanned by this tool.

This tool can be used for free to find out the  security  holes.

-The main stage is hacking, in which after collecting data and finding vulnerabilities in a server, the hacker begins to implement the things that must be done in this step, hackers take advantage of the weaknesses which they have identified through existing tools and use them to hack, there are different kinds of attacks that hackers use, which we will mention some of them below.

Types of hacker attacks on servers:

One of the attacks that hackers use is  injection attacks, in which hackers use malicious code that causes damage to the server.

A denial-of-service attack is a type of attack that affects the services provided by the server and causes errors in it, which is one of the attacks that hackers use a lot and affect the servers.

Through these attacks, hackers modify the server and replace the sites on the server with one of their servers, and by using this attack, they try to achieve their goal.

It is a type of cyber-attack in which hackers send a fake message, endangering all user data.

Through these attacks, hackers can easily access people's information and online accounts and cause malicious damage to the system. Hackers may gain a lot of money through the information which they have obtained about the user's credit card or make the most of other important information they have obtained related to a particular subject, which is the main reason that all users should be fully aware of phishing so that they can take care of themselves and  ensure the security of their information.  Phishing attacks  have different types, including phishing email, deceptive phishing, spear phishing, vishing, and pharming attacks. Each of them has many details, and hackers use them to hack various things such as servers, etc.

In general, hackers can eventually edit the information and content on the server through the items we have mentioned, and changing the valuable contents in it into malicious content cause a decrease in the reputation of sites on the server. It is also possible that hackers put malicious links in the content while editing, which also reduces the value of existing content as well as the credibility of the site, another step that hackers may take to hack servers is that if a user visits a site that hackers have manipulated, malware is installed on their system. The hacker can access a lot of personal and important information of users through it.

When sites lose their credibility, their owners try to find out the reason which is causing their sites to lose their credibility. They will eventually find out that the problem is with the server and hackers have been able to hack the system through the server, at this time site owners can complain about the server that hosted their site, all of which finally will cause a lot of damage to the owners of sites and servers. As a result, the  security  of all items must be observed properly. Before security is affected by black hat hackers, etc., the owners of the servers can get help from white and red hat hackers to protect their information and check the security of the server, so that if there are security holes, they can quickly check fix them properly. 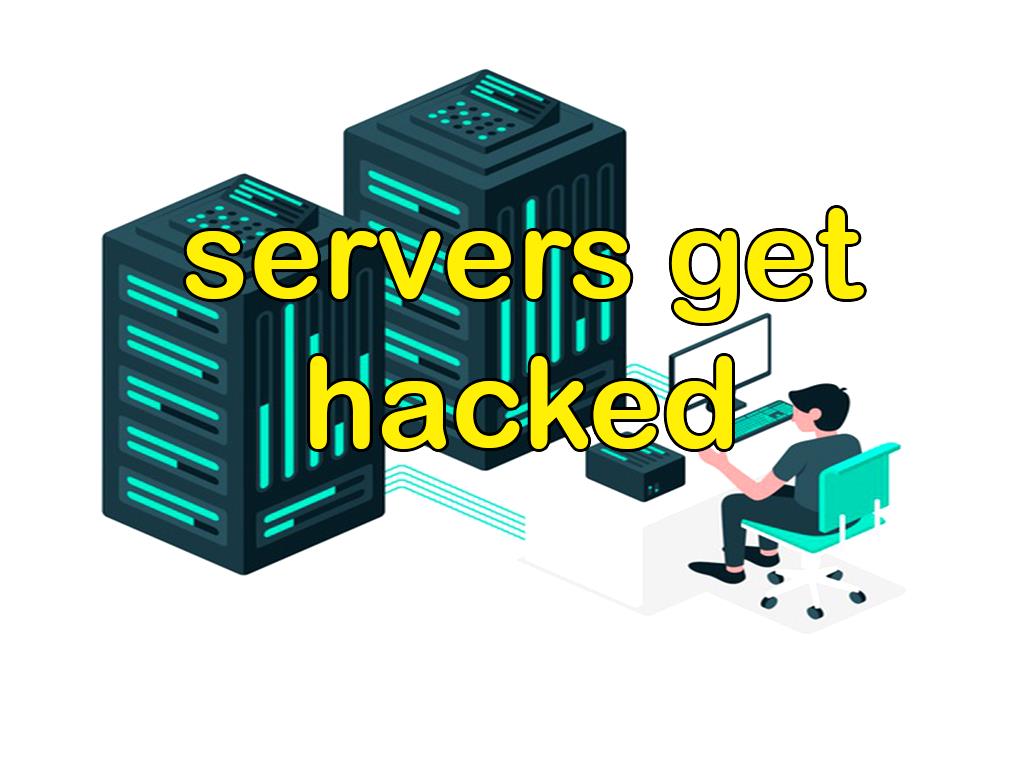 Servers greatly impact the speed of loading the site, etc... Nowadays, time is of great value to all users. As a result, sites that have a high speed on the search engine results page can  achieve a high ranking  and ultimately attract organic traffic to their sites. Eventually, sites use servers to increase their speed, and if hackers notice these servers, and they have many weaknesses after scanning, it can cause a lot of problems for users, so it is necessary to remember all the points related to server hacking and try to choose a secure server for your site with complete mastery of these issues to protect your important information from being stolen.

Will removing SIM card stop tracking?
What Is Whazzak? How to use it as a hack tool?
What is privacy and security in ICT?
How to hack Xbox?
Which app can hack any game in Android?
Which country has the best hackers in the world? What countries are in the top?
How do I know if my Phone has malware on it?
Which authentication mode is best for Wi-Fi?
How do hackers hack WhatsApp account?
What are examples of phishing?
Can an iPhone be hacked?
How can I protect my laptop?
Scroll to top