How do I detect spyware on my Android?

A dangerous threat to Internet-connected devices is spyware; here, we will look at how to detect them in Android so that you can do promptly.

Nowadays, almost everyone does all their tasks through the Internet at high speed to save time and energy, so it is perfect for users.

But it is considered a perfect opportunity for hackers, too, as they will be able to put malicious files on the Internet to increase the risk of infecting mobile devices and computers.

Profiteers have various purposes for placing these malicious files all over the Internet, among which we can mention the theft of users’ information as well as their financial resources, reduction of various sites’ credibility and many other cases, as you know, these people use different methods to achieve their goals, one of which is malware.

Spyware is one of the available types of malware that infects Android operating systems (In French: Systems exploitation Android ), iOS, and other cases which can cost the victim a lot of money; therefore, due to the importance of this case, we will explain it in the following as well as showing the ways of detecting it on Android devices. 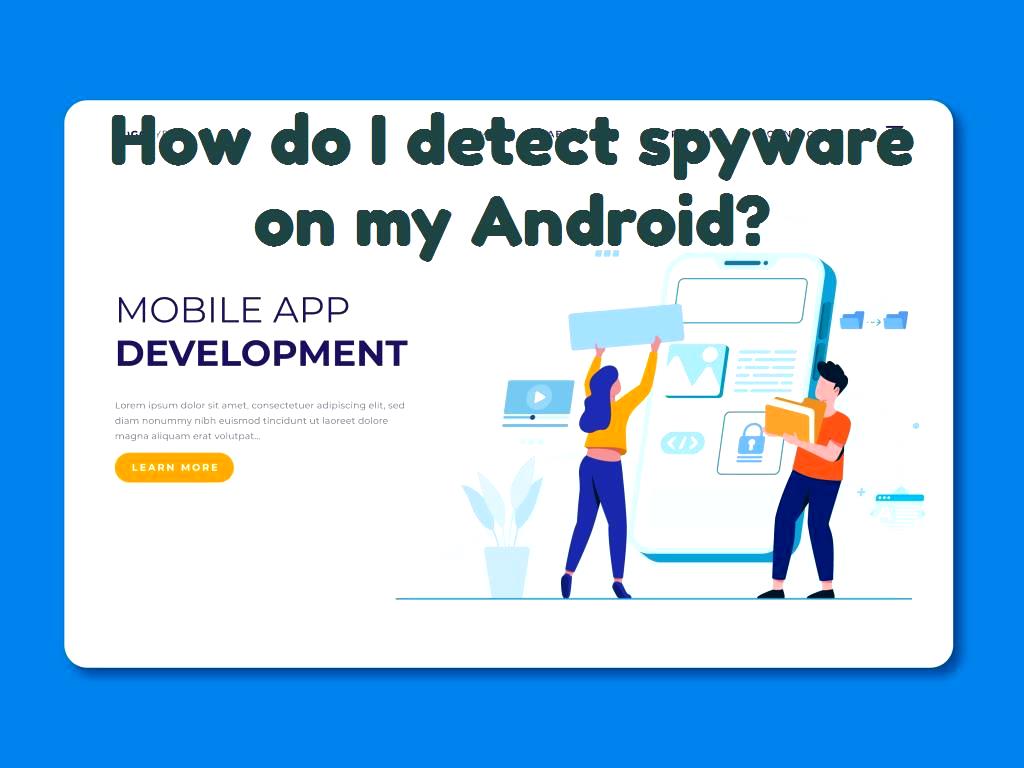 As we have mentioned above, it is a type of malware.

It is considered a program installed to gather information from various victims’ systems remotely, with the help of which a hacker can ransom the victims and harm them.

There are several types of it, including Adware, Keyboard Logger, Modem Hijacker, and Commercial Spyware, which are briefly described below.

Adware is a type of spyware that hackers use to gather information about the browsing habits of different users, and they ultimately use this data to guide the marketing of pop-ups and spam emails.

This case is also widely used by hackers, as in this way, they can achieve their desired goals.

Keyboard Logger is also critical among various hackers because it is used to record whatever the victims type on their keyboards, through which profiteers can obtain necessary information from the users this way, including banking information, passwords, and other items.

How do I detect spyware on my Android phone?

It can be detected in numerous ways; in this section, we will discuss how to notice it in Android.

-Weird behavior of the phone:

When your phone is infected, it behaves strangely, from which you can conclude that your device is in danger.

For example, you may see an application on your device that you are not sure whether you have installed or not, in which case you should remove it immediately.

In this case, your phone may turn on or off automatically, all of which can indicate the infection of your device.

In addition to these strange behaviors, other things may be observed by users too.

Still, it should be noted that these signs do not only indicate the infection of the system with spyware, so other types of infection may also be the cause of these unusual actions; as a result, when you notice such signs, you need to find the reason first, now you can take action and resolve the problem as soon as possible.

-Random pop-ups on your screen:

Some of these programs cause the users to face countless ads on their screen, which is very annoying; some ads may make users curious so that they may click on them, as a result of which their system will be infected immediately.

There are various programs that you can use to block these annoying ads on Android and other devices so you can get rid of them as soon as possible and avoid being threatened.

As you know, each type of device has a different battery life, and the user becomes familiar with their devices’ battery life after using them for a while.

Still, if you realize that your phone’s battery is running out quickly, you must be suspicious since it can drain your phone battery.

-Unusual use of data usage:

You may sometimes find that you have used less data than what your phone data storage indicates, which may show that something is wrong with your device.

As a result, if you care about security, you need to regularly check your mobile data usage to do more in case of suspicion.

You may find out that the speed of your phone suddenly slows down while using it, so you can no longer do your tasks at high speed, in which case you need to take action as soon as possible to remove spyware on your device.

-Hearing unusual sounds during a call:

If hackers use call recording software to obtain the information they want, you will hear strange noises in the background, from which you notice static or feedback.

It is one of the signs indicating that your device is infected, so you need to be careful in your calls and not retell important information in them until the problem is solved.

-Observable delay in shut down:

An important feature of Android phones is that you can quickly turn off your phone, so you should be doubtful when this process takes time.

To detect suspicious items in this way, you have to turn off your phone from time to time, and if this process does not happen quickly, you should conclude that your data is in danger.

So far, we have mentioned many signs that show your Android devices are infected with spyware.

In the next section, we will introduce you to the best phone cleaner apps for this operating system. 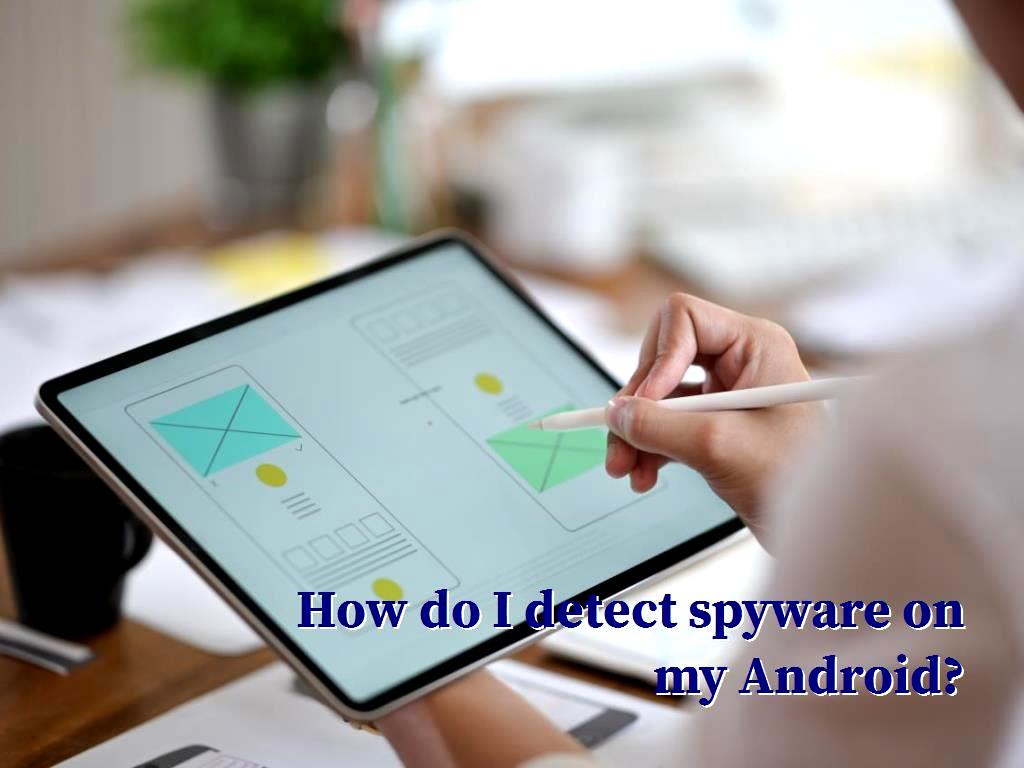 One of the programs in this field is CCleaner which has attracted many users due to its ease of use.

This program has many features; among which we can mention clearing the phone cache.

One of the most used applications for rooted smartphone cleaning is Droid Optimizer, which is very popular among users.

As you know, nowadays, most programs contain numerous annoying ads, but it is not the case with this program as it doesn’t have any of them.

AVG Cleaner can also be very effective for cleaning your device, one of the positive features of which is its user-friendliness.

You can use it to clear the cache of your phone application so that you would be able to increase its performance.

Avast Cleanup is also very useful; it has a junk cleaner that analyzes useless data, then you can decide whether you want to delete that data or not.

A great feature of this program is that you can transfer them to your Dropbox if you want to avoid deleting some of your files.

Avira Optimizer is a popular program that can clean your smartphone as fast as possible and increase the security of the information contained in it.

Gator is one of the most suitable cleaning programs, one of the positive features of which is the absence of annoying ads.

Another feature of this program that attracted many users has a mobile App Manager that allows you to back up various programs.

Suppose you are looking for a suitable program to do this process; we offer you to use “Powerful Phone Cleaner.”

One of the positive features of which is its high ability to detect and remove all items, which caused a reduction in the speed of the phone.

In this article, we tried to mention some ways to detect various spyware on Android, so if you encounter any of the mentioned signs, you should take action and eliminate them as soon as possible to avoid your system from being infected more than that.

Then, we introduced some of the best cleaning programs for this operating system, so you can choose one of them according to your needs to increase your devices’ speed.

We hope the points that have been mentioned in this article can help you detect any threats that endanger your phone quickly as you can take action as soon as possible and protect your device from being more damaged.

Click to analyze your wesbite SEO
What is a type of Web application security standard?
What are the types of Internet security threat?
What does a security audit consist of?
How do you know when you are hacked?
What is a firewall, and why is it used?
Does Norton have mobile security?
Which free AntiVirus is free?
Which is best, Avast or AVG?

Is hacking server sided games possible?
hacking methods for all iOS Mobile games?
What are the types of security?What is the main and important type of security?
How to hack TikTok accounts?
How to hack Xbox?
What are the 7 layers of security?
What is Command Injection?
How can the man in the middle attack be prevented?
Top 8 Best Degrees For a Career in Cybersecurity
What is the difference between reflected XSS and stored XSS?
HOW effective are firewalls?
Does Windows 10 need antivirus?
Scroll to top