How do I get rid of malware?

In this article you will become familiar with the true definition of malware. In addition you will learn some ways and methods to get rid of malwares.

You probably have heard of malware and may be familiar with some kinds of it. This article will show you a set of malware with their features. You will learn how to get rid of each malware and the protection ways against them. 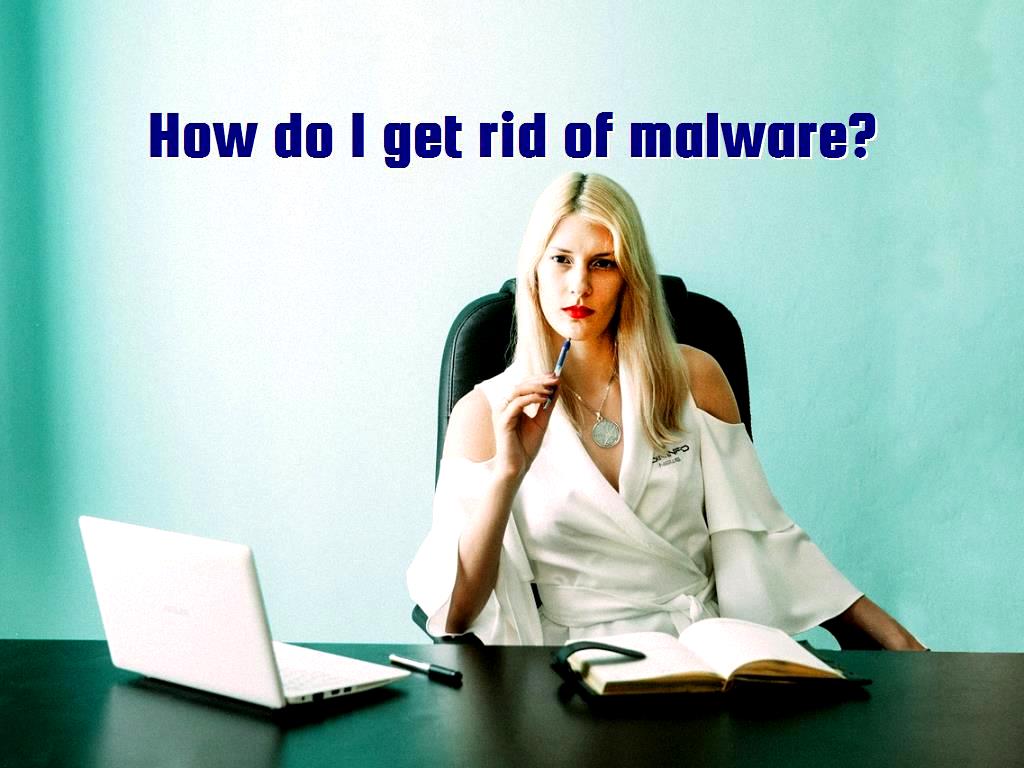 Cyber attackers design malware abbreviated to "malicious software"  to access or damage a computer or Internet network. In most cases, the attacked person is unaware that it exists on their system. When malware enters a computer, it allows hackers to access information, devices, and methods without permission. The malware was initially designed as a form of cyber-sabotage to corrupt the computer, change the background image, or access personal information; but over time, it has become a tool for cybercriminals to make money by stealing valuable information to extort money from businesses, hacking passwords to access bank accounts or stealing identities.

Most Internet and media users use the word "virus" to refer to any malware reported in the news; fortunately, most malware is not a virus. The  computer virus  modifies the legitimate files of the host in such a way that whenever the infected file is executed, the virus also runs with it.

Pure computer viruses are no longer standard and makeup only 10% of all available malware. This is a good thing; because the virus is the only malware that infects the rest of the files, it is difficult and almost impossible to remove the virus alone. Even  the best antivirus software  cannot separate the virus from other files, and in most cases, it will quarantine or delete the infected files altogether.

Worms have a more extended history of presence in computer systems than viruses, dating back to the era of big computers. Computer worms emerged with the advent of email in the late 1990s, and for almost ten years, computer security experts were surrounded by malicious worms sent as email attachments. It was enough for the user to open the email infected with the worm to infect the whole company in a short time. A distinctive feature of a computer worm is its self-replicating ability. For example, the famous Iloveyou worm targets almost all email users worldwide, filling their phone systems with fake messages, shutting down TV networks, and even interrupting newspapers in some places. Worms such as SQL Slammer and MS Blaster also solidified the worm in computer security history. Worms are more destructive and troublesome than viruses because they can reproduce without user action. Viruses need a user to activate them to run them along with the infected program, but the worm uses files and other programs to carry out its dangerous actions. For example, the SQL Slammer worm used a security weakness in Microsoft SQL to overflow the buffer of almost all unspoiled SQL servers connected to the Internet in 10 minutes; A record has not been broken to date.

One of the most common types of malware is a Trojan, which often implies itself as a valuable and practical tool to force the user to install.  Trojans are older than viruses; but it has damaged current computers more than any other malware. The malware is named after the Trojan horse, in which the ancient Greeks hid inside a giant wooden horse given as a gift to the city of Troy, and when the horse entered the city, the Greeks came out and captured the city. Trojan malware has a similar function; in this way, it enters the system secretly and in the form of a helpful tool such as updating or downloading Flash, and as soon as it enters, it launches the attack.

The work of spyware comes from its name; Spy on other people's computers and devices. Spyware has access to your browser history, the applications you use, or the messages you send. Spyware can be downloaded and entered into the machine in trojans or other methods.

For example, the toolbar you download for your browser may contain spyware that monitors your activities on the Internet; or malicious ads may inadvertently and secretly transfer software spyware to your computer. Spyware is often easily removed; because, unlike other malware, they have no malicious intent; find the spyware executable file and prevent it from running.

Most malware prefers to be hidden from the user as much as possible so that they can steal more information out of sight, but ransomware, by its exceptional feature, usually does the opposite. The ransomware often enters the system through an attachment or a link in phishing emails, infects it, and extorts money by encrypting the user's data or removing it from the system. To give the user re-access to the system or their locked information, they ask them to deposit money into the hacker account through Bitcoin or other cryptocurrencies. This method may seem simple, and you can tell yourself that no one will be fooled; but the fact is that this method is effective and has often caused serious problems for companies, hospitals, police stations, and even the whole city. In 2016 alone, cybercriminals pocketed more than $ 1 billion through ransomware attacks. According to Europol, ransomware attacks have overshadowed many of the world's cyber threats in 2017.

How can malware be prevented?

Keep your antivirus plugins and engines up to date. Disable file and printer sharing service. Use a strong password or Active Directory authentication mechanism if these services are required. Restrict users' permissions and do not allow them to install and run unwanted programs. Add users only if needed to the local administrator's group. Make strong passwords mandatory and implement the necessary mechanism for periodic and regular password changes. Be careful when opening email attachments; even if you expect to receive such an attachment, the sender seems familiar to you. Activate a personal firewall on each agency workstations and configure it to deny unwanted connection requests. Disable unnecessary services on workstations and servers. Scan email attachments and delete suspicious attachments. Make sure the scanned attachment has the correct file type. For example, make sure the file extension matches the file header. Control users' browsing habits and restrict access to sites with unwanted content. Be careful when using removable media, such as external drives, CDs, etc. Scan all software downloaded from the Internet before running. Always be aware of the latest cyber threats and implement appropriate Access Control Lists.

Get rid of malware

- Step 1: Turn on the device in safe / emergency mode

Safely turn on the phone to reduce malware damage. All you have to do is hold down the phone's power button for a few seconds and select safe mode or emergency mode in the list that appears and wait for the phone to restart.

If your phone crashes right after installing an app, it is most likely a problem with the same app or apps that came with it unintentionally. However, if you can not find the malware, anti-malware programs can help you. These programs can find malicious software and even remove it from your phone.

- Step 3: Go to settings and remove the malware

Once you find the malware, go to your phone's settings and the apps section. In the list of all running programs, uninstall the malware you saw in the steps above. If you can not uninstall the program, you must use the Force close option (in this case, the program kernel can not be deleted and can only be disabled). Even if you come across a program that you thought was suspicious, delete it. Don't forget to turn off the download automatically option. Sometimes these programs are the leading cause of security problems on smartphones. Remove these programs without hesitation.

Some malware acts very cleverly and disables the delete option. This malware, which is the worst example of malware, prevents itself from being removed by administrator access; But do not worry about this because there is a simple solution to this problem. All you have to do is enter the phone settings and go to the Lock Screen and Security section. Now look for Phone Administrators or Device Administrators. Now enable malware removal from this section.

Website SEO analysis services
What is a type of Web application security standard?
Can you make money on HackerOne?
Where do you install WAF?
Who is the No one ethical hacker in the world?
What is the difference between XSS and CSRF?
What happens if your antivirus program finds a virus?
Common web security vulnerabilities
How to root and hack an Android phone or tablet

What Is Whazzak? How to use it as a hack tool?
What are the 7 layers of security?
hacking methods for all iOS Mobile games?
Which country has the best hackers in the world? What countries are in the top?
How to hack TikTok accounts?
Easy way to hack Instagram account without password
How do I detect spyware on my Android?
Why is data security so important?
What is website security?
Which VPN do hackers use?
Can someone hack my server?
3 Types of Security Guards and What They Do?
Scroll to top