In this article, we will provide some methods to you in case of hacking the PUBG game in mobile phones. You also will see some information about this game.

You probably are familiar with  the game PUBG  already. If you are playing this game, you have played it once in your lifetime. You would have thought about how you could hack this game and play with a better and advanced account to enjoy more and become able to use all its features. So if you are looking for a way to hack this game, follow this article and learn the newest slash way of PUBG 2021 for  mobile apps. In addition, you will also see some recommendations to play better and some prevention ways of getting hacked by others.

PUBG game was first released for PC in March 2017 through the Early Access Steam section, and the full version of it was released in December of the same year. The game was later officially released for Xbox One in September 2018. The PlayStation 4 game port and a free version for mobile phones were released in 2018 too. PUBG is one of the best-selling games globally, which was sold up to 50 million until the end of 2018. It has almost 400 million players around the world.

Battle Royale games' style is in a way that you are on a battle with 99 other players, and you have to try to fight with each one of them as a single player or in teams of two or four players. The last surviving person or group will win the match. The game has an extensive map, and at the beginning of the game, you are on a plane, and you will land on the ground with a parachute. You have no weapons at first, so you have to quickly search the boxes and houses and look for weapons, ammunition, backpacks, and vests. When you are landing in crowded places, you will have a better chance to win the game; otherwise, you need to be more professional to become the winner.

This popular  game can be hacked, but hacking the original server is not easy, and only the most professional hackers could hack it. Still, some fake and hacked versions of it are available to users, and they can download them and start playing. However, it is important to mention that these versions are not connected to the original server, and all of their players are playing with the hacked and fake version. In these versions, you can choose any clothes or weapons you want, and there would be no limitations for you during your fights.

How to slash the PUBG game mobile version?

If you are a fan of this game and have played it, you have noticed its limitations, such as coins or complex gameplay on mobile. Due to this, you can use hacking strategies for this game. By hacking the game, you can change the walls' type into the glass, or you can make yourself invisible, or make your body's color white or black to get harder to being seen by others. You also can speed up your swimming or running.

You can slash the game by using of "GameGurdian" tool. Before starting the hack process, first, pay attention to the following points, and if you have no problem with them, you can begin hacking the game.

- This method and using GameGurdian will only work for rooted devices, so do not try if your device is not rooted.

- In this method, we run a particular script for a specific hack in Game Guardian, and through this, the game will be hacked.

Follow the steps below if you want to slash this game:

3- Now, you will see that the GameGuardian icon has been added to the game. After the game is fully loaded, click on the purple Game Guardian icon to open a page that contains some options, then click on the Execute script option.

4- Then, you will see a page asking for the script. Now you need to add the hand to the page. Here you have two ways; if you have already received the hack script file, you can give it to the program through the phone memory and run it, but if you do not have the script file, you can click on the download script to enter the reference site for the latest hacks. You can download and enter the hand to the program.

5- Now the game has run again, and now you have to click on the purple icon again and select the New Bypass option

6- Now the script is executed, and it is time to choose and execute the slash you want. For example, if you're going to make the walls glass, like the Wallhack option from the menu. 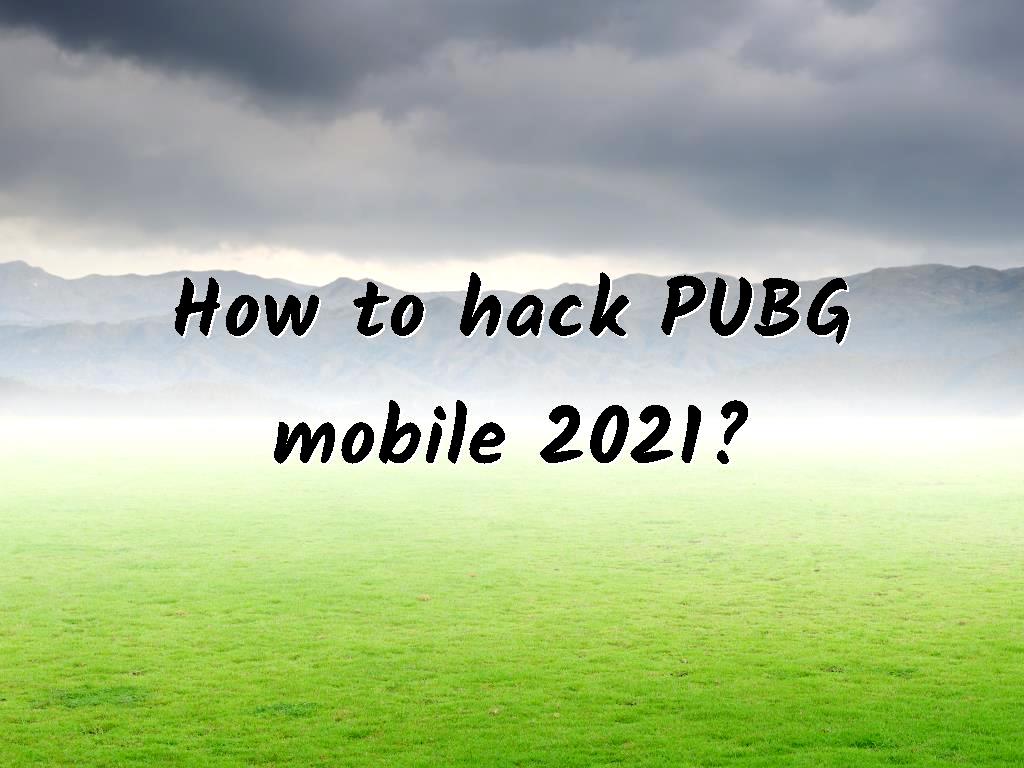 Can we slash the computer version of the game?

There is currently no hacked version of PUBG for PC, and all the methods that have been written on the web about how to hack PUBG are entirely false. If you do not trust people, do not let them fool you by sending some hacked PC versions of the game.

How to become a better player in PUBG?

We will mention some of the most essential points that will help you to become a better player:

- Choose clothes that are suitable and related to the battle

One of the most critical points that are less paid attention to is the clothes we can personalize before the race. Although a dress can be attractive, it can also be dangerous for you and weaken you during the fight. So you have to choose your clothes with the appearance and color of that map.

- Choose the best place for landing

You need to know each map entirely to choose the best part to land. All you have to do is find weapons and requirements as soon as possible. So make sure that you are landing near the boxes of guns and other conditions.

- Completely personalize your weapon during the game

Another point that should be fully considered during the game is  the personalization of your weapon  which means to use the equipment that can be placed on the weapon. It can help you a lot when shooting. You must have a thorough knowledge of all this equipment and use each one correctly.

- Always stay close to your team

If you are playing as teams, you need to stay close to each other in case of dangerous attacks. If you do not help your section during the fight, your competitors will all be dead, and you will lose the game.

- Be careful of the Blue Zone

If we forget the game's enemies, the item that causes the most damage is the Blue Zone. This area shrinks every few minutes, and you should not be inside this area, in which case your lives will begin to decline.

- Try to watch other players during the game

You can see your mistakes by observing the game, paying attention to the person who killed you, and learning new defenses to avoid getting destroyed again.

- Use headphones during the game

It may seem unimportant, but when you are using headphones, you will not miss any voice and notice every sound. In this way, you can concentrate and detect your enemies' locations by the sound of their feet when they are walking.

Click to analyze your wesbite SEO
Is Bitdefender good for Windows and is it for free?
Why is security camera important?
What is the security of a web application?
Can online banking be hacked?
How to hack SMS of other mobile number easily
Which is the best antivirus? (Top Internet security softwares)
Top 10 Ethical Hacks for Email Marketing
Is it possible to have security without privacy?

What is privacy and security in ICT?
Can you hack into someone’s TikTok?
Should I use WPA2 or WPA3?
How to hack any laptop connected to the same Wi-Fi
What are the types of security?What is the main and important type of security?
How to hack TikTok accounts?
How to hack Skype account
What is the problem with a man-in-the-middle attack?
What is an IT security designation?
Which hat hacker is the best?
How can a website get hacked?
What does Cross-Site-Scripting (XSS) mean?
Scroll to top