One of the types of threats that threaten the systems of different users are viruses. In this article, we have discussed ways to increase the system's immunity against viruses.

Nowadays, many users deal with computers and keep important information such as bank records, office records, credit card information on the computer, which is of great value to users. If it is made available to profiteers, it will be the main cause of many risks for users, if your computer is not  protected from hackers, viruses and other malware  may enter your computer, which causes your information to be stolen, or it may cause other damages to your system, for instance, they may use your computer as a sender to send spam emails to different people through it, or other common things among hackers which can be done after infecting your system to achieve their desires.

By implementing different methods, you can protect your system and your information against viruses, which we are going to discuss in more detail below. 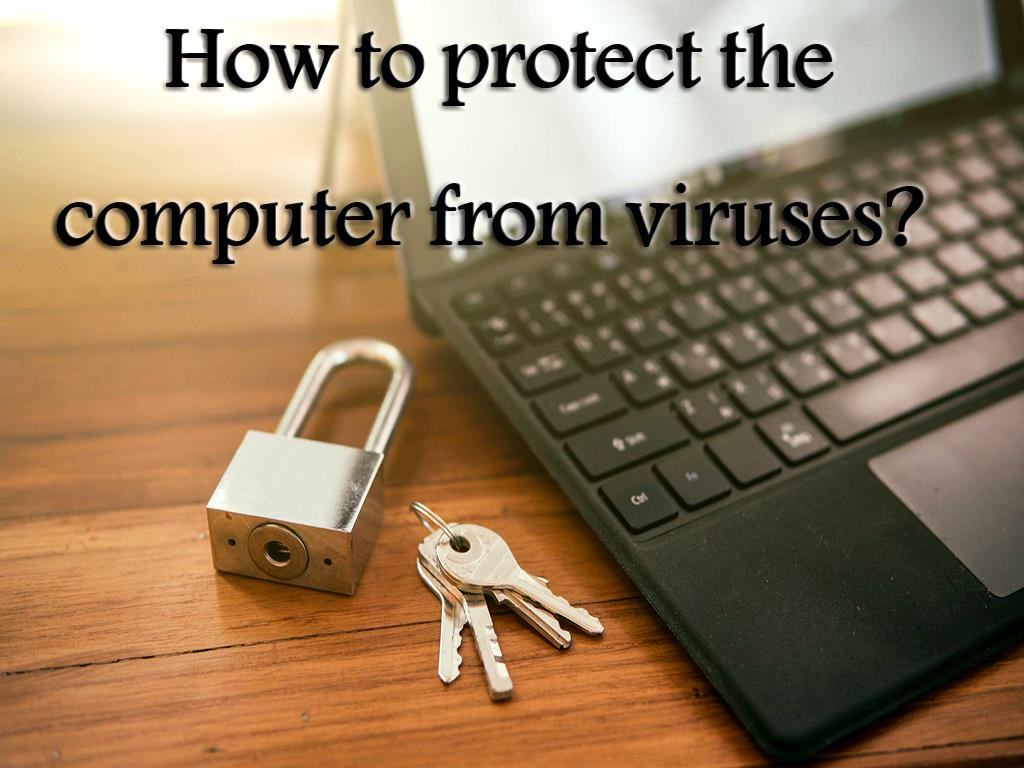 Ways to protect your computer against viruses:

There are several things you can do to  protect your computer from viruses, which you will learn more about them in the following.

If you ask for a suggestion from anyone to protect your computer, the first suggestion he/she gives you to  increase the security of your computer  against viruses is to install an antivirus; nowadays, there are many antivirus programs that people can choose and install the one that they need according to the features of each of them and the importance of the information in their system.

Each antivirus covers different aspects, which we will introduce several antivirus programs in the following.

If you are looking for one of the best antivirus programs that can protect your system against viruses, we recommend  Bitdefender Antivirus Plus, many users use this antivirus every day, and you can see a very high degree of user satisfaction in using this antivirus.

This antivirus is very easy to be installed and all users, even novice users, can easily install it and get help from it to identify the threats that attack their system quickly. This antivirus will alert you as long as the virus exists, it also can protect three devices and keep them safe against the virus, and If you want to cover more devices with this antivirus, you have to upgrade your antivirus to  Bitdefender Internet Security  or Total Security and take advantage of more features of it.

One of the features that have made this antivirus one of the top antivirus programs is its reasonable price, and this reasonable price has attracted many users to it. In the previous part which we explained  Bitdefender Antivirus Plus, we have mentioned that if the antivirus encounters dangerous cases, you will quickly hear the alarm. Still, Avira Antivirus Pro does not have this feature.

It should be noted that this antivirus also has advantages, which include special protection of the computer system while shopping online, high ability to detect malware, and prevent phishing.

Kaspersky Anti-Virus is a cost-effective antivirus for users who only want to keep their system safe from viruses and do not intend to use every kind of antivirus software for  security. This kind of antivirus can scan all viruses entering the system and give you a report of them.

This antivirus is very useful, and many users prefer it. After using it, they give it a high rating. Hence, it provides a positive user experience, among the features that this antivirus has, protection of the system against phishing emails, USB check for viruses, etc., has encouraged people to use it to help keep your system safe, so if you look for an antivirus with these facilities, it can be a good suggestion for you.

There are many viruses on the Internet that can attack your computer at any time and compromise the information in your system, so you should be careful while downloading something from the Internet so that in a case of downloading a malicious code, you can stop the process of downloading. As a result, you can protect your data from viruses.

- Back up your data:

If you want to  protect the security  of the site from any risk, there are the same things that you must observe, among which the common ones, we can mention the backup of all information, especially important information that in case of any threat which may cause the loss of your information, make a back-up of your data will ensure the safety of your data, so that you have no worries about losing your important information, but you should also pay attention to the backups you have made, and provide the necessary facilities to take care of the backups you have prepared, because you should make sure that they are also safe from the attack of viruses.

This is one of the best and the most appropriate tools you can use to help you protect your system from viruses. This tool removes all malware and provides  high security  against viruses, the full scan that this tool performs can quickly detect and report all viruses to you.

When you work with the Internet, you will see many ads that you do not want to see, and these ads may cause the entrance of many viruses into your system. Online pop-up ads can often infect your systems, so you should always be careful not to click on them and not open a way for viruses to enter.

But the important thing is, can you always be careful? What will happen if you inadvertently click on one of these ads?

It is not possible to always be alert and careful, and there is a possibility that you inadvertently click on one of these ads; as a result, your system will be infected with a virus. The best way you can protect your system from viruses through online advertising is to use an online ad blocker that makes ads not to be displayed, so you do not see them, so the chance of your system being infected will be reduced to zero.

After using antivirus and ad blockers, it is still possible for your system to be attacked by viruses, which you should do to prevent this from happening by scanning the virus so that if viruses enter the system, you can quickly recognize and find a way to eliminate them.

One of the ways that viruses enter your system is through infected emails and links, which ultimately cause a lot of damage to your system and information. Most of these infected emails and links are very attractive and encourage the user to click on them to make hackers reach their goal, so you should be aware of such risks and never click on them and delete them quickly.

You know that to  increase the security  of your system against any threatening factors, including viruses, you must update all the software in your system so that if there is a security hole in the old version, using the updated version may fill that security hole, so it doesn't allow viruses to enter your system. 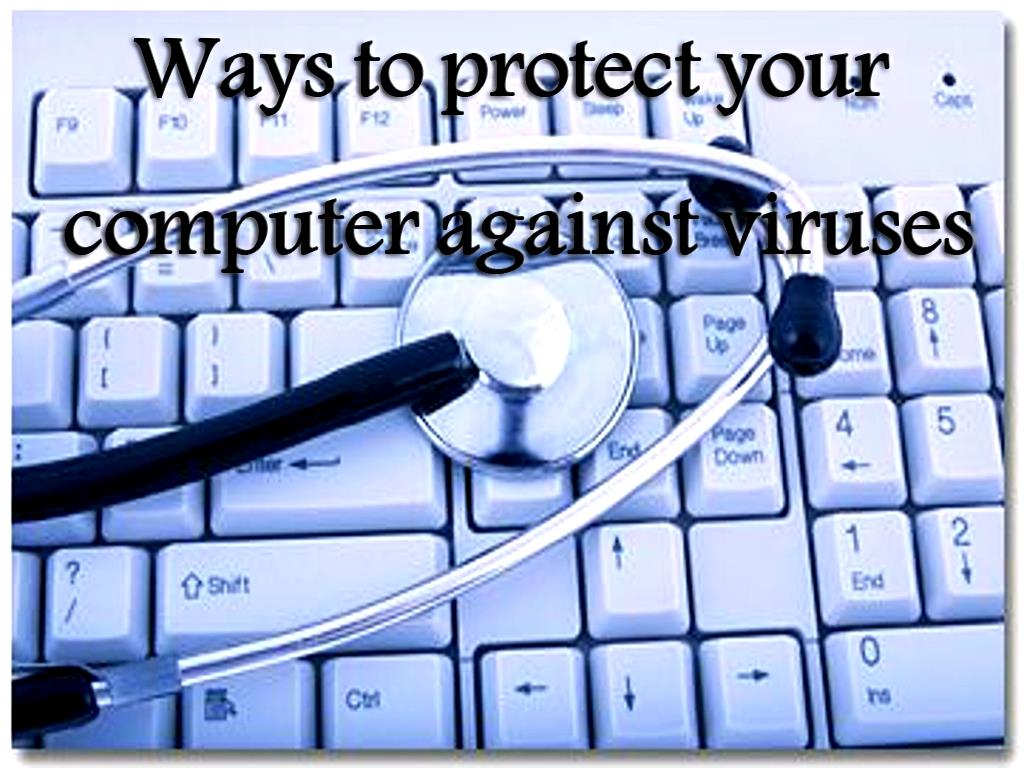 Virus attacks are increasing day by day, which is very worrying, and you should be careful not to let them enter your computer so that they do not endanger the information on your computer. In this article, there are several ways which help you protect your computer system from viruses, so you can use the mentioned ways in order to  increase the security  of your system.

Click to analyze your wesbite SEO
What does the slang “hack” and “hacker” mean?
How do I put security on my apps?
What are the four types of security?
Can the firewall be hacked? How much can a firewall be secure?
Can hackers see you through your phone camera?
How security compliance can benefit your business
Can I become an ethical hacker?
Top most Notorious Hackers of All Time

Which app can hack any game in Android?
What are the types of security?What is the main and important type of security?
How to hack Xbox?
Which country has the best hackers in the world? What countries are in the top?
Is it possible to hack online games in Android with a cheat engine?
What is antivirus and its types?
How does cloud security work?
Can Hay Day be hacked?
How do I block my phone from being tracked?
Is DOM XSS persistent?
How can I tell if my iPhone has a virus?
Review McAfee as an antivirus. Is it good or bad?
Scroll to top