Hacking mobile phones is a serious issue in today's world, and many users are concerned about their information. In this article, we will see the symptoms that show our device is hacked or not.

Hacking mobile phone is not difficult or impossible today. With the advancement of technology in various aspects, it is possible to hack mobile phones more than ever. Stealing mobile information and extorting money with it is a nightmare for smartphone users! But how do we know that our phone has been hacked? What are the symptoms of phone hacking? How to prevent hacking and data theft? In this article, we want to introduce ten signs of mobile hacking and teach you solutions to prevent hacking and data theft. 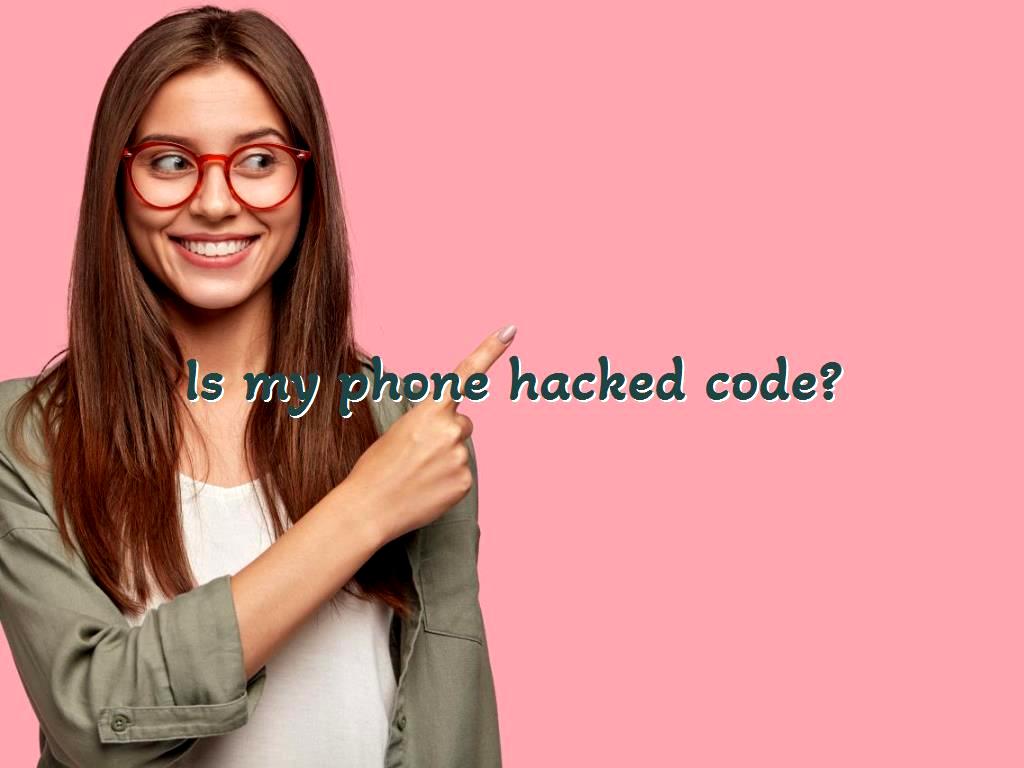 Why is my phone hacked?

With advances in technology, almost anything can be hacked, including the mobile phones each has. Hacking a mobile phone or tablet can be done for various purposes, but most of the time, the main purpose of hackers is to gain access to your personal information or files. Surely you, like many other people, have vital information in your phone, now imagine a profiteer accessing all this information by hacking your phone! Cell phone hacking can be done for other purposes, such as tracking you and even extorting money! But is there a way to find out if our device has been hacked?

The good news is that when someone hacks into your phone or tablet, it leaves a symptom, and there are some ways to detect them. By knowing the signs of a phone being hacked, you can quickly stop the theft of your information and prevent the hacker from getting what they want! In the following, we will introduce ten signs of mobile hacking. These symptoms can be both apparent and hardware as well as software!

First of all, let's look at the signs of software hacking. These have nothing to do with your phone hardware and only appear when working with applications, sending and receiving text messages, and browsing.

1. Excessive slowing of the device

Excessive slowing down of the phone or tablet can be one of the signs that shows that the device has been hacked and its information has been stolen! Of course, slowing down the phone and tablet does not always mean hacking the device because all phones and tablets slow down over time because of the increase in the amount of information stored in their memory, and this is quite normal. Slowing down the phone can be one of the signs of being hacked when it is sudden and without reason and its intensity is too much.

For example, imagine that you used your phone easily until yesterday and there was not the slightest lag or delay in its performance. Still, from today and with the installation of a new application, the device's performance has slowed down a lot! In this case, its slow performance of it can be one of the signs of hacking. So take the sudden slowdown of your phone and tablet seriously!

Automatic installation of apps, especially weird apps, is one of the main signs that your mobile phone may have been hacked. Apps on mobile phones should not be installed without your permission, and if this happens, you will surely face suspicious and strange situations! If you encounter such a problem, be sure to research the automatically installed application on the phone and make sure it is safe. We also recommend removing the application from the device to prevent data theft.

Most of the tools used to hack cell phones and exchange information are Internet-based; they use the Internet to exchange information. So when your device is hacked, its internet usage will also increase because data and information are constantly being exchanged in the device's background! So if you feel that your mobile internet usage has increased dramatically, check if a malicious application is installed on the device or a factor that has caused this problem.

If your phone has recently been having trouble displaying weird pop-up messages, it is probably a malicious spyware application! Therefore, this issue can also be another sign of mobile hacking. To resolve this issue, you must identify the malicious application you have installed and remove it from the device.

If emails you send to others from your phone or tablet are automatically placed in their spam folder, this could be another sign that your mobile phone has been hacked. This means that if your emails are automatically blocked and spammed, malicious code is probably active in the device, leading to this problem and disruption in sending emails. Maybe your email information will be misused by a hacker!

Many malicious codes written by hackers that lead to malfunctions of your phone or tablet will lead you to strange websites !

For example, imagine using your phone, and the device browser automatically opens and takes you to a specific site! Rest assured that there is a serious problem with your phone in this situation, and the possibility of hacking is high. In most cases, installing a malicious application leads to such problems and provides a suitable platform for hacking your mobile. So, find the malicious application and remove it from your device.

8.  Unavailability of some apps and the automatic change in language on web browser

Another sign of a mobile being hacked is that due to the use of certain proxies by hackers, the browser language and the content or even the displayed ads change while browsing the web! In some cases, the use of proxies by hackers can lead to the failure of certain applications. So if you see any of these suspicious items on your mobile or tablet, it could be another sign of being hacked.

The rapid discharge of the battery is another reason that can not always be related to phone hacking. In many cases, due to poor quality of battery charging or incorrect settings in the device. However, in some special cases, the battery may be drained suddenly and suspiciously, which can be one of the signs of a cell phone hack and should be taken seriously. Because when a phone is hacked, certain information is exchanged in the background, which requires battery power. For this reason, when the phone is hacked, its battery will be discharged sooner than normal.

10. The cellphone heats up for no reason

Another very obvious reason that could indicate that your mobile has been hacked is that the device's body heats up strangely and for no reason. It is perfectly normal for the phone to heat up when running an application or heavy game. Still, if you see a strange and unreasonable heat when you are not using the phone, you will surely face suspicious situations which can be caused by mobile hacking. When your mobile is hacked, and information is being exchanged in the background, the phone's processor will be running, which will cause the device to overheat without you having used it. So do not ignore the heat for no reason on your devices and pay special attention to this issue. 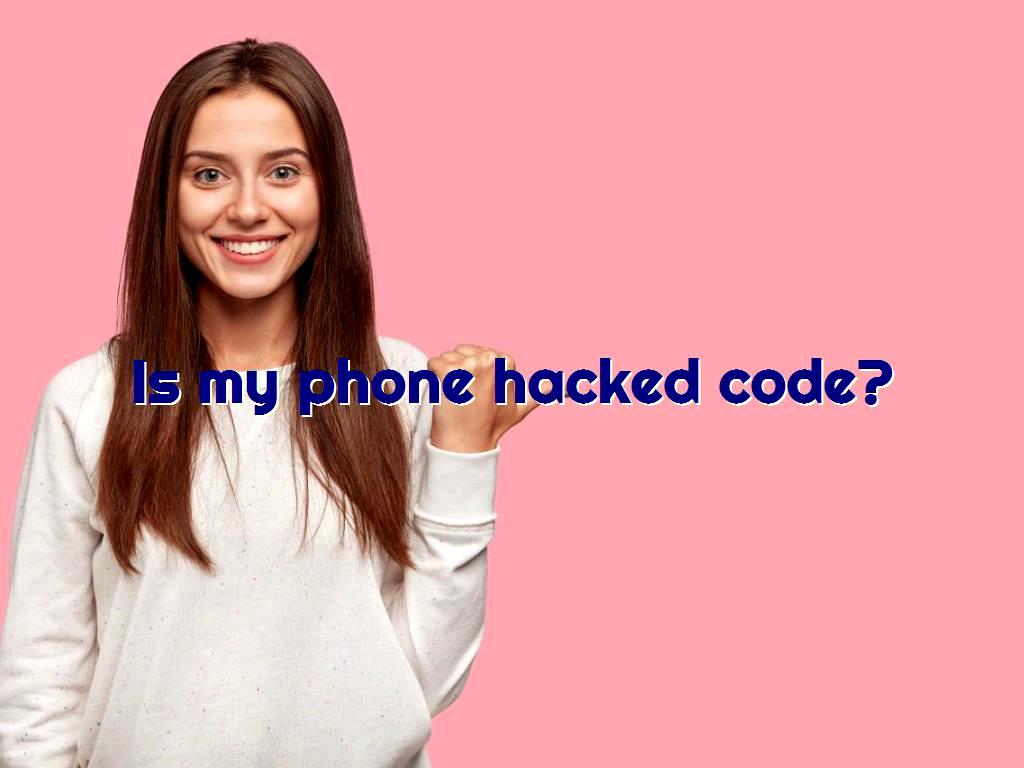 Click to audit your website SEO
Can antivirus detect rootkits?
What does a security audit consist of?
Do laptops need antivirus?
Should I use a free antivirus?
Hacker typing and fake hacks by scammers, what is it exactly?
Do hackers hack for fun? What is their benefits?
Why is python the programming language popular with hackers?
How can I clean my phone from viruses?

Is hacking server sided games possible?
How to hack Gmail account without password in 2022
What is privacy and security in ICT?
Can you hack into someone’s TikTok?
Should I use WPA2 or WPA3?
Easy way to hack Instagram account without password
Can online banking be hacked?
Social media security and privacy trustworthiness
What is the best parental control app?
What is data security and why is it important?
What causes a man in the middle attack?
What are three areas of security required at the application level?
Scroll to top