Phishing attacks are very common among hackers and different user systems are exposed to this attack, we have examined its legality or illegality in the following.

Imagine that you are in a group of friends and the topic of hacking is being discussed, you will eventually see how attractive these topics are among them. They may prefer to spend many hours talking about it, you know that hackers are people who are very talented in the field of computers and spend many hours throughout the day and night working with their system and are constantly learning new points about hacking methods, also due to the high income of hacking and related issues, the number of people who are attracted to this topic is increasing day by day, which adds to the worries of users who deal with computers and the Internet at the same time. These people are trying to do their best to increase the security of their system and information by taking various steps.  Hackers  may gain access to the information of different people by guessing passwords, using malicious codes, using malware, etc. One of the most common methods among hackers is  phishing  which we will discuss below. 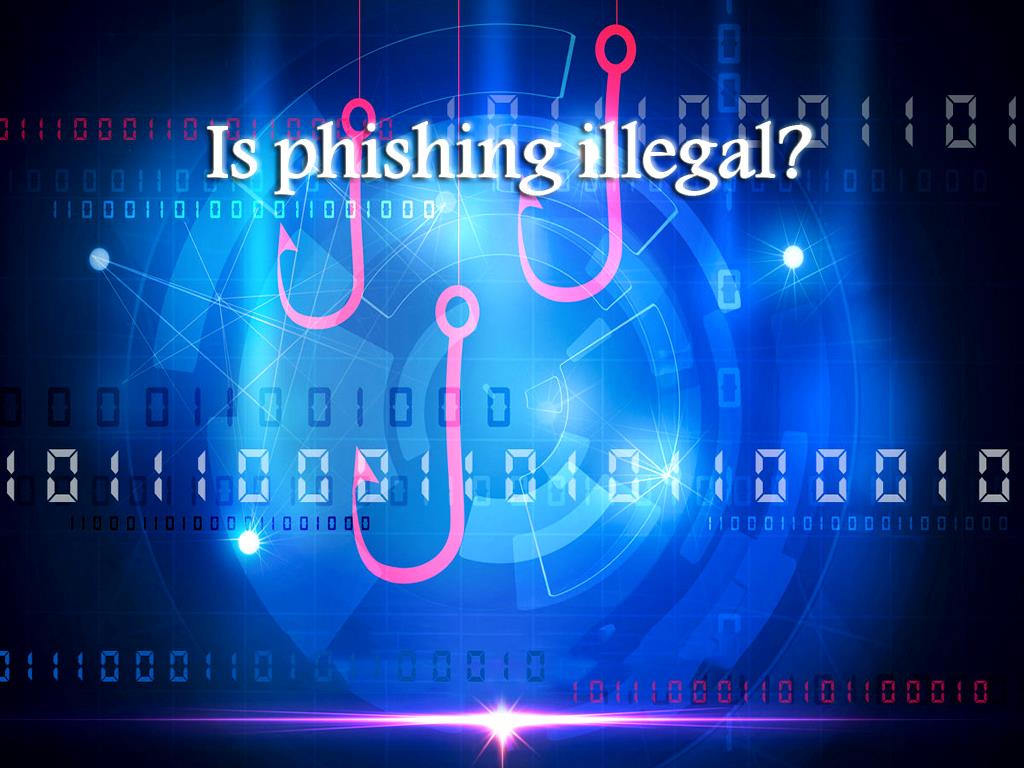 Phishing is a dangerous attack carried out by hackers, in which the hacker sends an email, phone or message from a reputable organization or a trusted person, to endanger user information, this way, hackers can gain access to the information of different people and use it, for example, they may steal bank card number, passwords, etc., to achieve their desires.

How does this happen?

As we have mentioned earlier, hackers are becoming more and more specialized in their field of work. By increasing their awareness and knowledge in this field, they are using smarter methods to attack systems, which may shock users, and finally gain access to important information in their system, phishing attacks occur when different users respond to an email from a hacker and fall into the trap of hackers, so they endanger all their information and system, these emails often have interesting subjects, which causes users to respond to them quickly and may contain an urgent request, for example, you may be asked to update your password as soon as possible, a request for entering codes that are sent to you by one of the social networks, clicking on an infected link, etc., that all these requests are for hackers to infiltrate your account and information.

These messages are designed so that the users think they were sent from a reputable source. Suppose they are not aware of this danger immediately. In that case, they may provide a lot of information to profiteers or hackers, or they may give hackers the opportunity of installing one of their target  malware  on the user's system.

These people first identify the users they intend to target before phishing. They try to influence their feelings and stimulate their sense of fear, curiosity, etc. so that the user acts quickly on everything requested in the email and does not have enough time to think properly.

There are different types of  phishing attacks  that each hacker may use different forms of them, depending on the purpose of the hack and the importance of their project.

The issue which we are going to address in more detail in this article is whether  phishing is illegal or not. The answer is definitely yes, phishing is an illegal activity and is a form of identity theft that is considered a crime, it is very common among hackers, and more and more reports of phishing are being provided. Users are doing their best to prevent such attacks by raising their awareness about this type of attack.

As we mentioned before, you must do your best to be safe from such attacks, and to achieve this goal, you need to observe the following points.

Using these filters can help you and block hackers' way to prevent them from having access to your information. Still, it should be noted that this method is not completely accurate, and sometimes emails that are not spam may be blocked by these filters these filters examine various items such as the content of the message, the  software  by which the message was sent to you, etc., to conclude whether the message is valid or not. If it is not valid, they will block it.

These systems can greatly protect information against such attacks and prevent hackers from entering the system.

- Use the setting options in browsers:

There are several setting options in browsers that users can identify fake sites and put them on a list after detection.

If you try to access the site after opening a fake message, the browser will immediately warn you and, in some cases, restrict access to the site for you, which can also help a lot in  security.

Phishing attacks take place so that the users may not realize that their information has been stolen. As a result, hackers can access their information until they realize everything, so to be sure, users need to change their password regularly to avoid such problems.

- Do not open suspicious emails:

As we mentioned, phishing emails are usually very attractive. This is why the users click on them quickly, so you should be careful, and if you encounter a suspicious item, you should never open it. You have to remove it from your system as soon as possible.

- Pay attention to the sender's address:

Hackers are very smart people, and in order not to fall into their trap, you need to increase your awareness and information. For instance, everyone uses URLs that are similar to a reputable site with only small differences in letters to add to the credibility of their message. Still, by paying more attention, you can quickly notice the differences and delete the message, also if the URL of the site does not contain  HTTPS, it is obvious that the site is not valid at all, and you should never click on it.

As we have mentioned, phishing is an illegal action, and as a result, there is a punishment for the hacker, which depends on the existing laws related to it. Also, it should be noted that in most areas, phishing is considered as a criminal offense that is less important than serious offenses, this offense is typically the cause of imprisonment between one and five years for the offenders, or they may be sentenced to pay fines, all of which depend on the extent of phishing hacking damages.

In some cases, the hacker may be banned from using computer systems and the Internet for several years, which is considered one of the most severe penalties for a hacker. 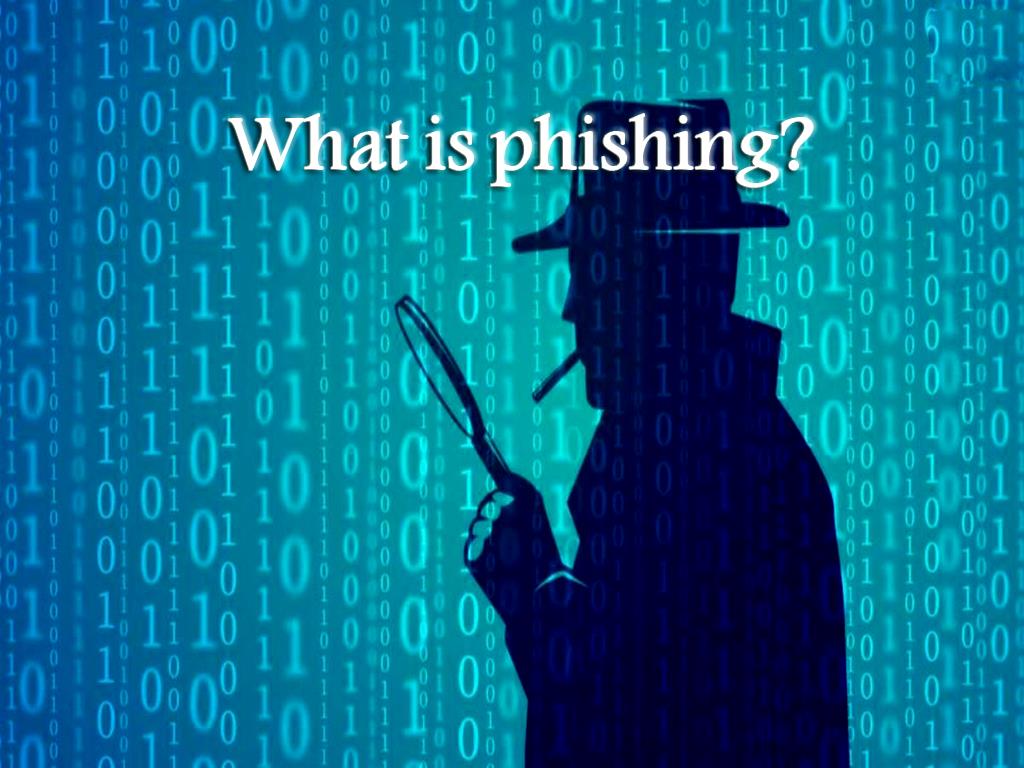 Phishing attacks  have a lot of fans and the number of hackers who try to hack different users is increasing day by day, you already know that there are strict rules for criminals, some of which were mentioned in this article, so you shouldn't intend to break the rules and access private information of individuals without their permission, because then you will face heavy penalties, if you have been encountered phishing to date, you need to get help from lawyers as soon as possible so that they can help you in this field, and we suggest that you to use your great talent in order to help with  system security, and you should never try to break existing rules, due to the fact that there are other fields in hacking which help individuals and systems with their security, so it is better to try those fields in order not to encounter punishments as well as using your talent in a positive way, in this article we tried to discuss the common question which is whether phishing is illegal or not, so you can know the possible threats.

Click to analyze your wesbite SEO
How can I tell if my iPhone has a virus?
Why would a hacker want to use SQL injection?
Top 10 most notorious cyber-attacks in history
12 ways to hack-proof your smartphone
How does cybercrime affect our daily life?
What is the best app for security?
How is it possible to protect ourselves from Internet threats?
Can DDoS destroy a router?

Easy way to hack Instagram account without password
hacking methods for all iOS Mobile games?
Is hacking server sided games possible?
What is antivirus and its types?
How to hack TikTok accounts?
How to cheat on Zoom exams?
Why is python the programming language popular with hackers?
What is website security?
What are the four major types of firewalls?
What is the best antivirus for Windows 10?
How hackers usually hack into Instagram. And how to prevent it?
Is Google safe from hackers?
Scroll to top