Hackers use different methods to access different users' systems, one of which is viruses, which we have introduced in the following three types.

These days, you as a user or the owner of a website, are always dealing with the problem of preventing viruses from entering your computer system, computer viruses are very similar to biological viruses, and if they find systems with low security, they will multiply rapidly and infect the whole system, as we mentioned, systems which have low security are the main target of viruses, so you have to  increase the security of your computer systems  as much as possible to protect them from possible threats, you also need to know viruses better, so that you can stand up to them more, in this article we are going to introduce you three different types of viruses to make you aware of such threats. 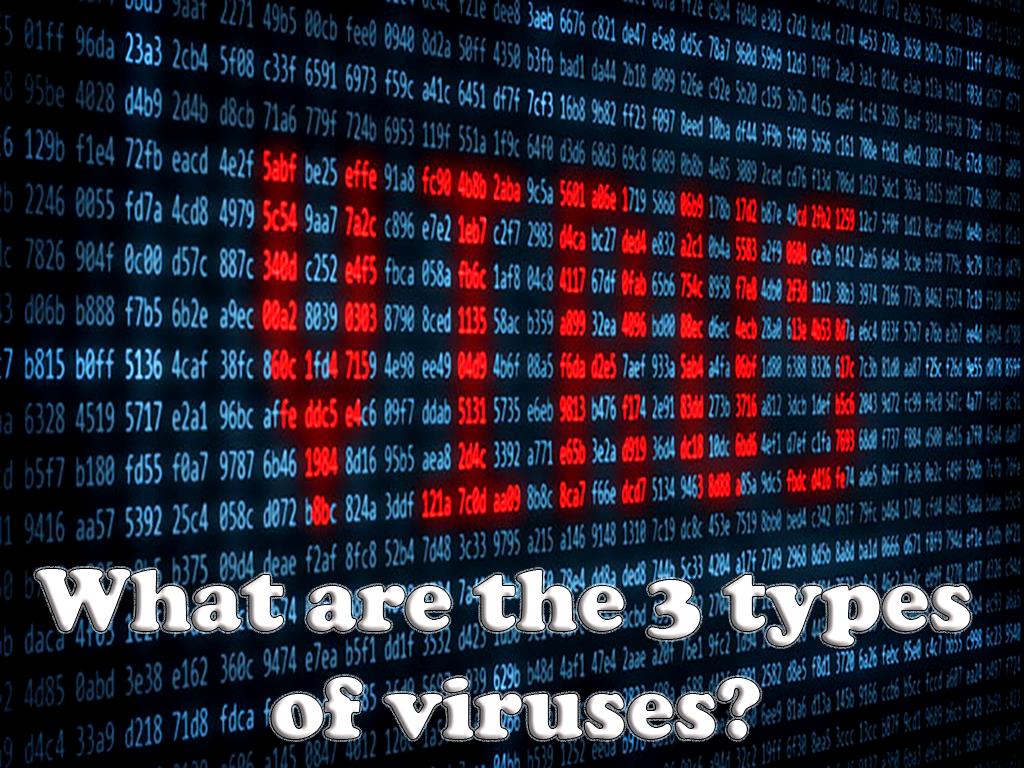 What is a computer virus?

The  computer virus  is a type of programming that can bypass the host's security system. It would eventually infect the whole system by inserting its code and fast replication, profiteers can access various information from the host system by importing the virus into the host's system, and they also make many changes to the systems of different users to achieve their desires.

There are three types of computer viruses:

A macro virus  can attack various applications and eventually cause a sequence of actions to start automatically when the infected program is opened. The virus is written in the macro language and can infect different systems due to having different operating systems. As we mentioned, this type of virus causes malicious programs to run once the infected documents are opened. They do this process by entering malicious code into macros that are associated with documents, spreadsheets, and other data files, these types of viruses can eventually send infected emails from the infected system so that lots of different users' systems will be infected once they open those emails, and viruses continue to multiply just like biological viruses and infect the whole system. As a result, they can infect more and more users' systems day by day.

Also, when this macro is executed in the system, all the documents in the user's computer are usually infected and can cause disorder in the existing documents. The first macro virus was spread in 1995 through Microsoft Word and has finally continued to spread and infect various systems to date. There are different types of macro viruses, including the concept virus and Melissa virus, which we will describe in the following.

The first macro virus to be introduced was the concept virus, which targeted Microsoft Word.

This virus spread in March 1999 through infected emails. It could infect many systems in a very short while, so these abilities caused a lot of worries and turned this virus into a huge danger for every user. This type of virus was distributed as an email attachment. As we mentioned, it was able to spread quickly among different users' systems. These emails were distributed to the users in such a way that the users thought they had requested the submitted file and opened it quickly. By doing so, their systems would be infected. This type of virus has caused a lot of economic losses, especially to Microsoft.

These types of viruses can give hackers absolute control over a system by infecting different users' systems, Boot record infectors, attack programs stored on boot floppies or hard disks, by infecting them and causing the infected code to run automatically every time a user boots the computer, these  viruses have different types  depending on their purpose.

File infector virus  may be transmitted over networks, disks, or the Internet, and eventually, every time a user runs a dangerous program, these viruses are activated. The thing to note about these viruses is that they can remain in inactive memory until there is a signal to infect other program files, which causes the virus to become a malicious virus.

While this virus is infecting a file, it can also spread to other programs and even other networks that use infected files and programs, and computer viruses can eventually cause a lot of damage to different users' systems as well as their information, documents, etc., which is why it is so necessary to know the ways to deal with them and prevent them from entering your systems by mastering them.

Ways to deal with viruses:

Various measures can be taken to combat the entry of various viruses, one of which is the use of a secure browser. Today there are many secure browsers, such as Google Chrome, Mozilla Firefox, Safari, etc., all of which can  provide a lot of security for users. There is so much emphasis on the use of secure browsers today because users do almost all their tasks through the Internet, so they may enter a lot of personal information, such as their bank card information. As a result, if you use an insecure browser to achieve your goals, you won't be successful.

Pop-up ads are very annoying for different users, and they can also be more annoying by entering different viruses into the systems. These ads run without the user's request, causing the user to get nervous, so they won't get a positive  user experience by using a website. As a result, users have a great desire to block them, which is possible through the settings in the browser and various software programs that the users can easily download to get rid of pop-up ads and possible threats.

- Scan devices and accessories connected to the computer:

Different viruses may be connected to various systems  via disks, flash drives, etc., so it is necessary to scan an external agent as soon as it connects to the system. If there is a virus, it is going to be reported as soon as possible so that you can take the necessary security measures to deal with its virus. One of the reasons why antivirus software programs are so important is that they can scan all viruses and keep the system safe.

One way to transmit different viruses is through phishing emails created by different hackers and sent to various users. It should be noted that phishing emails have features that can be quickly detected by mastering them. One of the features of these emails is the attractiveness of the title, having topics to arouse the user's feelings, etc. All of these factors make the users click on them quickly, and their systems will be infected. As a result, if you see these types of emails, you should only delete them so that they cannot infect your computer systems. 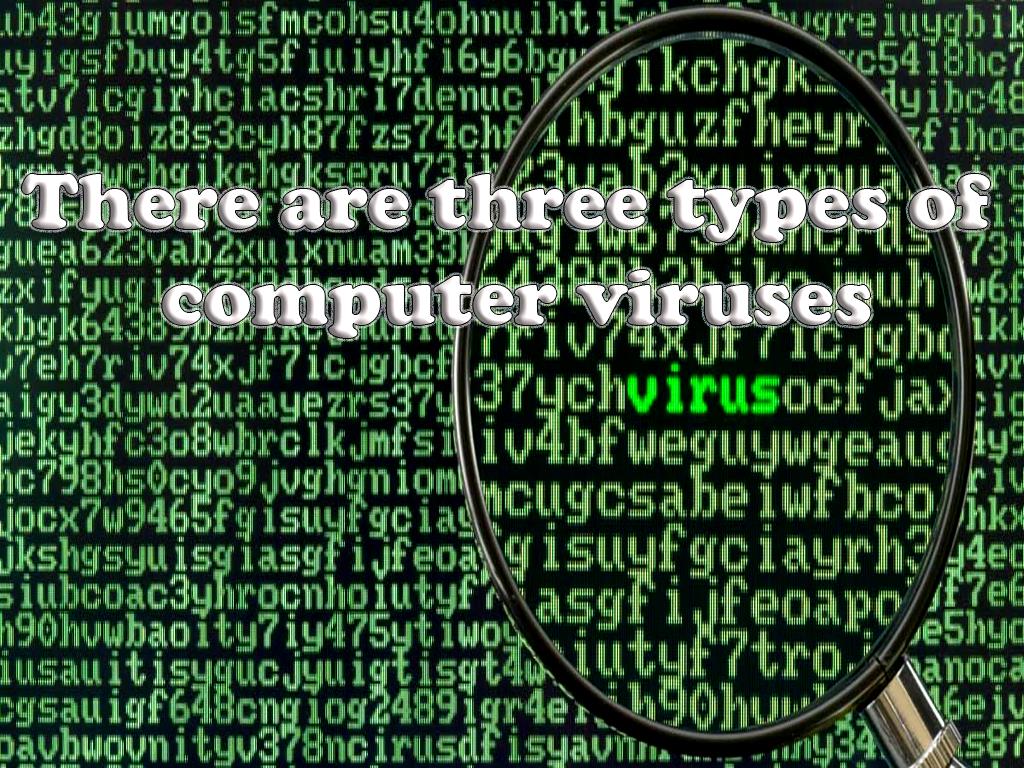 In general, viruses have a wide world and to deal with them, it is necessary to increase our awareness in this field, which is why in this article we have mentioned  different types of viruses to make you aware of any possible threats, so you can increase the security of your systems by knowing the most common security threat, and surf the Internet safely, but never forget that having a strong antivirus is a must to stand up to different viruses.

Click to analyze your wesbite SEO
How do I protect my information on Gmail?
Do I need mobile security?
Do laptops need antivirus?
What does the slang “hack” and “hacker” mean?
What are the three important components of physical security?
What are the 7 types of hackers?
What is server-based security?
How do you find hidden messages on iPhone?

What Is Whazzak? How to use it as a hack tool?
Easy way to hack Instagram account without password
How to cheat on Zoom exams?
How to hack Xbox?
What is antivirus and its types?
Will removing SIM card stop tracking?
Can anyone hack my bank account with my account number and routing number?
Does windows 10 need antiviruses?
Easily Hack Instagram Account With This 3 Steps
What is a security checklist?
Can online banking be hacked?
Is cyber security the future?
Scroll to top