Hackers use various methods to infiltrate the systems of users and organizations, one of which is the use of XSS or cross-site scripting, which is explained below.

Many methods can have a detrimental effect on a system and cause many problems for system owners; to be able to  increase the security of your system, you must be familiar with all these methods and increase your information security by mastering them completely, hackers may use malicious code to achieve their goal in such a way that the users click on it and lose the security of their system easily, in this case, they provide hackers with all of their information which allows hackers to abuse it to achieve their desires, there are several malicious codes that if the users enter the page where these codes exist, they will infect their system, which we will discuss in more detail in the following.

There are methods of hacking the site. The users may not realize that their information has been stolen and do not take any action, so hackers can infiltrate more user systems and access their information easily. 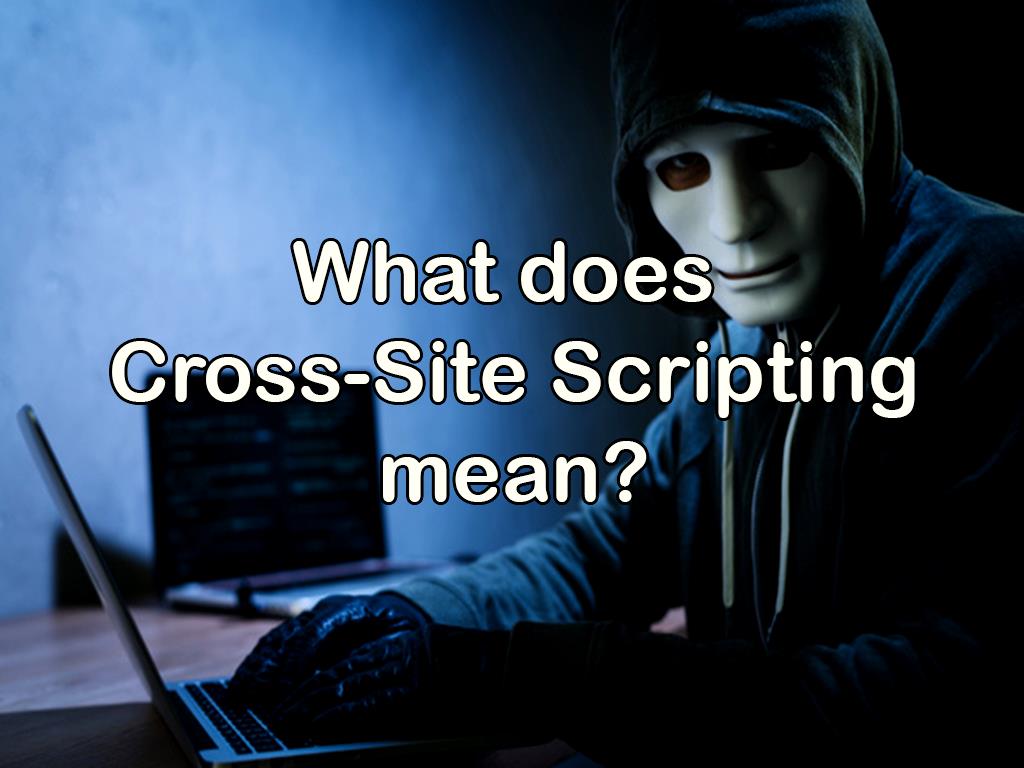 What is Cross-Site Scripting?

Cross-Site Scripting, which is also called XSS, is actually an attack that uses malicious code, in XSS, the hacker aims to execute malicious scripts in a target web browser, which is being done by placing malicious code on a web page, and the point about these attacks is that these types of attacks are more common in  JavaScript, simply put, through this method, hackers steal the information of people who visit a site, and sometimes the users do not even notice anything, and the hackers easily get what they want, the method of this attack is that when users visit a site or when they click on a link, a code which was placed there by hackers is activated, which can eventually steal important information from the user system, as a result, hackers obtain their desires through this kind of malicious code, if a site is not secure against such attacks, it is going to be infected, and users who visit this site will give their important information to hackers, as mentioned earlier, these types of attacks are very common in JavaScript, and we are going to mention the things that might happen if JavaScript is infected.

What are the capabilities of Infected JavaScript?

Although JavaScript has limited access to the user's system, the following may occur if it becomes infected:

- Through JavaScript infection, hackers can access the user's cookies and take actions on behalf of the user that may eventually cause serious damage to the user's system.

- It allows the hacker to give messages from the user's system to others with the content they want.

- The hacker can access the facilities available in the user's system, such as the microphone, the user's geographical location, etc., and use them to inflict malicious damage.

In general, these attacks have different types, which we are going to mention in the following:

One of the most malicious codes that hackers use to steal users' information is Stored  XSS, which hackers enter in the user input section, such as the blog comments section or in a post. Finally, the user's system is infected as soon as they log in.

For this code to be activated, logging in to the page where the code is located is enough, and as soon as the user enters the target page, the malicious script will run the users may not be aware that their system information is being destroyed or stolen, and after a while, they may recognize suspicious cases and conclude that something has happened in their system, but it may be too late.

Other things that users use to increase the security of their site are firewalls that increase the security of the system significantly and keep user information in a safe place, although there are many cases that despite the use of firewalls, hackers can still cause malicious damage to information through them, one of them is DOM-based XSS, this kind of attack is very difficult to analyze even for  web application  firewalls, because they cannot even observe the attack, in fact, this is one of the most advanced XSS attacks and can do a lot of damage to system security.

Another type of XSS attack is when many hackers use it to attack users' systems. Through this type of attack, malicious code must be placed where the user requests. Along with this method, hackers also use social engineering to somehow force the user order to make the request which activates the code and eventually abuse user information, so these types of attacks are more common in social networks and, as mentioned, are implemented in combination with the social engineering method.

Should we take XSS attacks seriously?

In general, you should take any case that may harm the security of your system seriously and do your best to be able to increase the security of your system and information by mastering all the topics in site security, one of the things that you should take seriously is XSS attacks, which can cause a lot of damage to various systems, through these attacks, sites which were trusted by users turn into malicious sites that cause irreparable damage to systems, eventually, the credibility of the site is reduced. The users will never return to it again. As a result, the site will stick to users' minds as a malicious site, and they will share that bad user experience with their friends to make them aware of the threats that using your site may bring, so it causes a huge decrease in the number of your website users.

In fact, by entering such sites, the users may inadvertently download software or view items that they have not even clicked on, all of which are dangerous to the user and the site's credibility and should be avoided. Therefore, you should pay attention to the occurrence of such cases so that you do not face their destructive effects. To see how resistant your system is to such attacks, you can use the available tools to check the security of your system so that hackers cannot access your information easily. If they want to gain access to the information in your system, they need to do a lot of activities that may eventually deter them and make them look for a lower security system to get their desired result more easily.

There are many ways that you can use to increase the security of your system in such situations, some of which we are going to mention below.

- Website owners, in order not to lose the trust of users who visit your site, should clean the input strings so that the users are not going to be attacked by hackers when they enter their site. It is also necessary for the site owners to scan all the suspicious items on the site and fix them before causing irreparable damage to the site's reputation.

- Updating the site is another thing that can increase the site's security.

- The users should be careful not to click on any link they see on the site, and if they recognize a suspicious case, try to report it to the site owner immediately so that other users who visit the site will not face such cases.

- Another point that the users should pay attention to is that they should disable Scripting in their browsers, which can help increase the security of information in the user's system.

- Users should refer directly to the sites they intend to visit and not enter them through links in other sources or through a third party source. 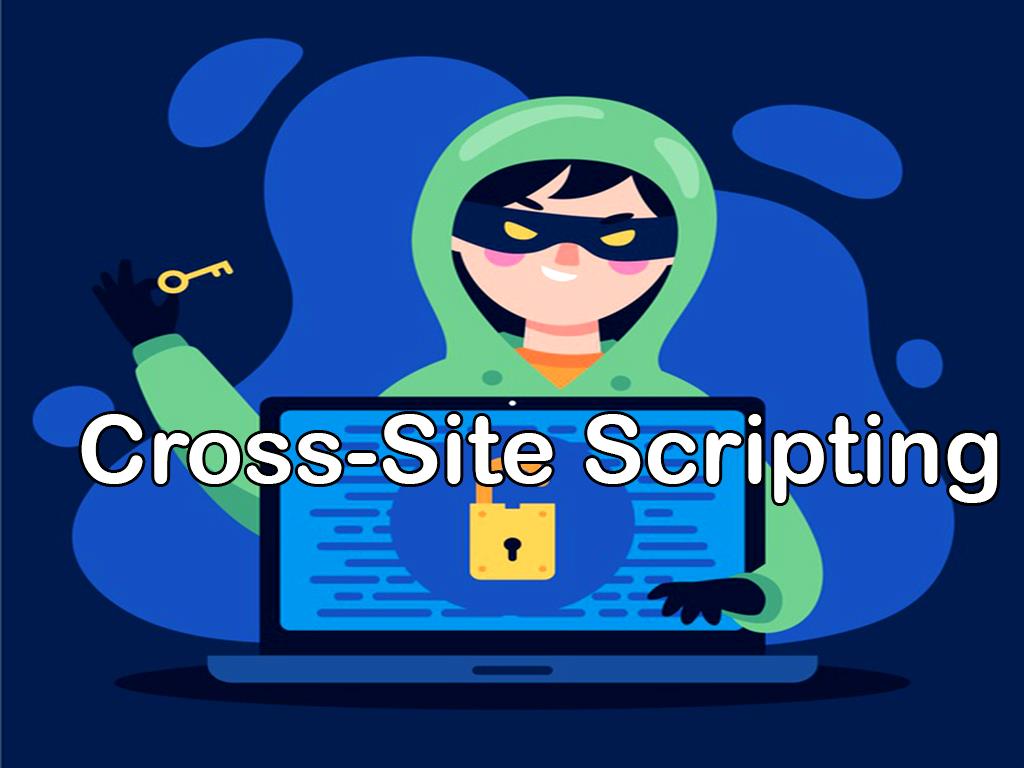 In general, hackers use new methods in order to achieve their goals. One of the most important and practical methods widely used by attackers is XSS attacks. In this article, we tried to summarize this issue to increase the security of your system by mastering this issue and becoming more aware of the possible threats.

Website SEO analysis services
Which app can hack any game in Android?
What are the 3 types of viruses?
Is SQL injection illegal?
What can be a goal of XSS attack?
What is the best antivirus for Google Chrome?
What Is Whazzak? How to use it as a hack tool?
Can your WhatsApp account get hacked?
How is it possible to protect ourselves from Internet threats?

What do you mean by Trojans?
How secure is the website?
Which is the best antivirus? (Top Internet security softwares)
How do hackers make income?
What is website security?
Why is security so important? And Why do we need security?
Scroll to top