In order to be able to protect your system against security threats, you need to increase your awareness in this area, which is why we have introduced the types of these types of threats.

Privacy is a word that has the widespread word and is of great importance for all people, and everyone is trying to be able to respect each other's privacy in the best possible way. Due to the significant advancement of technology, users do almost all their tasks through the Internet and computers, so much information is transmitted through this space. It is also stored in it, which has caused privacy to be more prominent these days.

Privacy is considered as any action that is taken to protect data, and due to privacy, different users can be able to provide their personal information to the people they want. If you are dealing with different computers and sites, you need to know all the existing rules, which ultimately lead to privacy. Each country, city, organization, etc., has set certain rules that only by observing them can you deal with the information and data of different users. It is very important to be aware of these rules. Even if you do not live in a country that has laws in this field, you must respect the rules of other countries when you are in contact with organizations and sites in them. In the following, we are going to mention the law that has been approved by the European Parliament, which is so essential.

What does General Data Protection Regulation stand for?

GDPR stands for  General Data Protection Regulation. This law has been approved in the European Union. All users who are connected to the data available in the EU and its affiliated countries are required to comply with the existing laws. The European Union has introduced laws in recent years that all aim to ensure that users' data is not misused.

With the enactment of this law, all data on European citizens can be properly protected. All people from anywhere on the planet need to comply with existing laws while contacting a European company or a user. They are not allowed to feel ownership over the data of other users in the EU.

There are several points in this law, among which the following can be mentioned, according to this law, different people have the right to be regularly informed, and they can know how all their data is managed, stored, and adjusted by users or different organizations, to do this, the data should be checked regularly, the important point is that this task is the responsibility of the user or the organization that stores the data.

Many units are responsible for monitoring the data, which helps ensure that all the points in this law are properly observed. If a user has a complaint, they will check it as soon as possible, the European Union has different countries, each of which has different laws, and one of the things that have been able to clarify which laws should be enforced and respected is the  GDPR.

About all the embedded laws, there is a question that if it is not observed properly, what punishments are expected for a person who has not complied with the law? In this law, the person must pay a heavy punishment, which can be pointed out as heavy financial punishment. In cases where the law is largely ignored, the offender should pay about 4% of their annual income for such violation.

What rights are provided to users and organizations covered by this law?

A lot of rights are created for the person by this law, which can be referred to the right that people in this union have the opportunity to request that their data should be completely erased, this right which is provided to the user or various organizations is called the right to be forgotten.  Data Masking  is another opportunity that is provided to users who are covered by this law. As a result of this option, all the data that is transferred is encrypted and changed so that different profiteers cannot use this data to achieve their desires. It is also possible to delete any link that profiteers can trace through this.

Individuals in charge of controlling and protecting data are required to notify information owners when their data has been stolen. A specified period is provided to them, which is 72 hours, to find acceptable reasons for the users who have given their information to these organizations or individuals for protection, which is why their data protection is considered a difficult task, in addition to the rights for various users covered by this law which were mentioned above, there are other cases, all of which are aimed at  protecting the data of individuals and organizations as much as possible.

If you are living in a country that is not part of the EU, you may think that you don't have to comply with these rules, but you should note that almost all users in the world are somehow forced to obey this law, which we are going to mention the reasons for that in the following section.

Who should review the GDPR and follow its rules?

As you know, if you are working in a country part of the EU, you should check it quickly and do all your activities following the existing laws. In addition, you may not live in such a country, but you may work with the EU companies or individuals living there. As a result, you must comply with all laws and rights in the EU properly if you have customers who are residents in the EU.

In general, if you, as a user, are in contact with the user, organization, customer, etc., in the European Union, you should pay attention to some specific rules because if they are not observed properly, you will be fined. You will have to pay very heavy fines that you may not be able to afford, so you need to take these rules seriously from the beginning and follow them to avoid paying a heavy fine.

To date, there have been numerous reports showing that individuals have been forced to pay heavy fines because they do not observe the rules correctly. It should be noted that all of these violations have been reviewed and reported by companies, security agencies, and so on.

Large companies such as Google,  Facebook,  Instagram, WhatsApp, etc., have been reported several times to date, and if it turns out that these reports are correct, these large companies will be required to pay very heavy fines.

It is necessary to protect all the data of individuals and organizations and provide them with privacy in the best possible way so that the privacy won't be harmed. 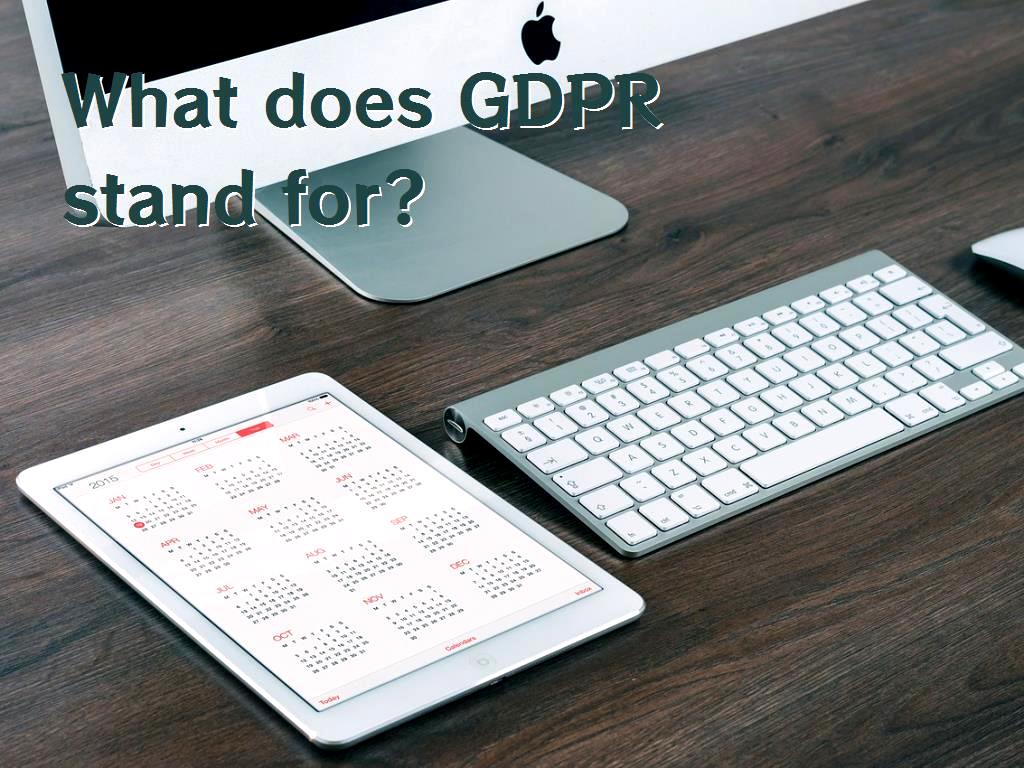 In general, there have always been laws that protect the privacy of different people's data, but the  General Data Protection Regulation  is one of the laws that is very popular due to the fact that it provides lots of rights for various users, and heavy fines can be imposed on different organizations due to not paying attention to this law, therefore it is necessary for all users who are living in the countries which are part of European Union as well as those who are in some way in contact with various customers and organizations in the EU, as a result, if you pay attention to these rules you won't be fined and the privacy of different users won't be compromised as well, so if you pay attention to the point which have been mentioned in this article, you will realize the importance of obeying these rules in order to do your job securely and respect users privacy, due to the fact that these days the issue of privacy is considered as a complicated problem, but it should be noted that privacy is everybody's right and should not be ignored in any ways, we hope this article will be useful for you, and you can make the most of it.

Website SEO analysis services
What do you call a cyber security?
What is the difference between Trojan and virus?
Is Google safe from hackers?
12 ways to hack-proof your smartphone
Hacker typing and fake hacks by scammers, what is it exactly?
How can I recover my Gmail password immediately?
How is it possible to protect ourselves from Internet threats?
What are the three important components of physical security?

How to cheat on Zoom exams?
What Is Whazzak? How to use it as a hack tool?
What are the 7 layers of security?
Which country has the best hackers in the world? What countries are in the top?
Can you hack into someone’s TikTok?
What are the types of security?What is the main and important type of security?
What is a security checklist?
Does Norton have mobile security?
Can anyone hack my bank account with my account number and routing number?
How can I tell if my iPhone has a virus?
What is a zero-day exploit with example?
Who are blue hat hackers? What are the characteristics of blue hat hackers?
Scroll to top