You will become familiar with some  types of hackers, and each type has a different range of income. First, you will see and understand who a hacker is and what a hacker does to earn money. Then you will realize how much money people can make by hacking and is hacking a job or not. 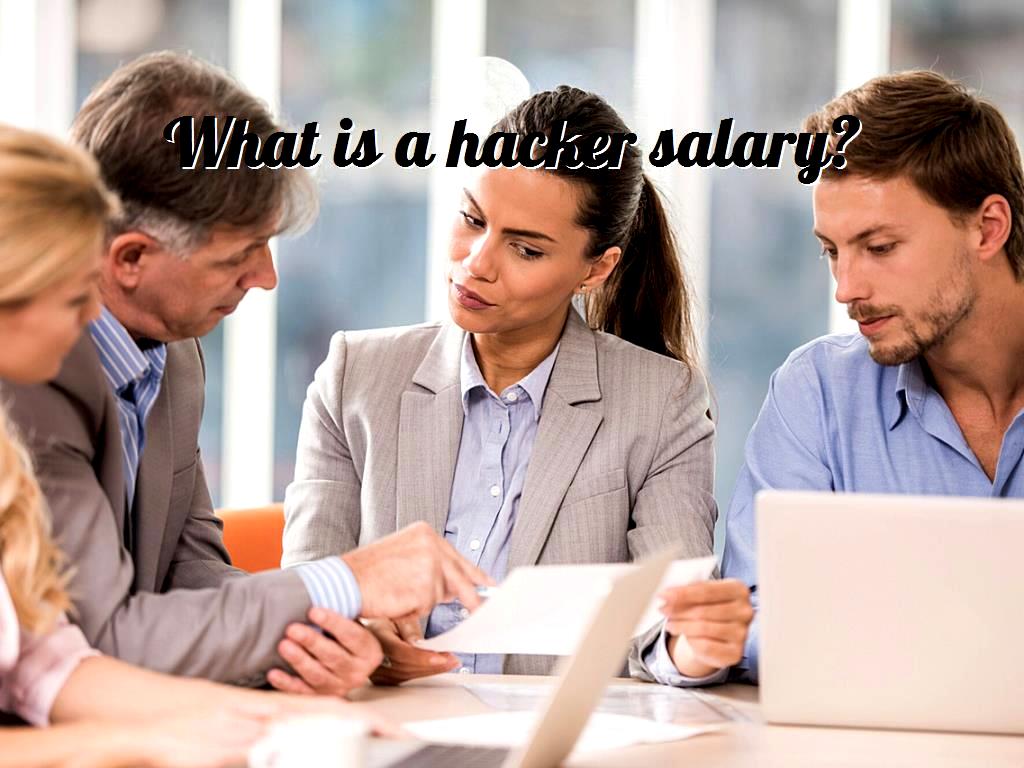 In the definition of computer security, a hacker focuses on the security mechanism of a computer or network-based system. A typical community of programming and networking professionals dates back to decades ago. When the first computers and early tests of Arpanet were released, members of this community can be considered the first hackers. But today, the illegal entry into computers and cell phones has given rise to the misguided culture of hacking philosophy, even though the authentic hacking culture is far more complex and ethical than what is believed by most people.

Is it a job to be a hacker?

Contrary to popular belief, gearheads are not necessarily criminals who infiltrate systems for sabotage. Hackers are divided into three groups:  white hat, gray hat, and black hat; white hat gearheads are people who work with organizations to break into systems and identify and report security issues. The activities of this group are entirely legal, and sometimes they are hired and engaged in the security organizations.

Cyber security is comprehensive and defines a wide range of job opportunities. These include job opportunities created solely to manage and maintain organizations' cybersecurity or skills commonly used by the police or other surveillance agencies that aim to track down criminals after an attack or security incident. For example, they follow up and collect documents to identify and arrest illegal gearheads.

With this description, we see many job opportunities, many of which sometimes work in close collaboration with organizations to prevent security incidents. As a result, Cyber ​​Security-related jobs are legal jobs, but also individuals can be employed in organizations or regulatory agencies by choosing the appropriate training.

Like all types of hackers, black Hats usually have extensive knowledge about hacking into computer networks and circumventing security protocols. They are also responsible for writing malware and the method used to access these systems. Their main motive is usually for personal or financial gain, but they can also engage in espionage and compromise cyber security, protest, or perhaps just become addicted to cybercrime. Black hat can range from amateurs who enjoy playing malware to experienced hackers who steal data, especially financial information, personal information, and login information. Black hat seeks to steal data. They also seek to modify or destroy data.

These hackers are not interested in learning and do not hack because of their interest. Still, they do it to take revenge on the person who harassed them, but because with so little experience that they have, they eventually override the IP, which leads to a  DDOS attack. A hacker motivated by personal revenge and little knowledge is called a blue hat hacker.

The expression "white hat" on the Internet refers to an ethical computer hacker or computer security expert specializing in penetration testing and other testing methods to ensure the security of an organization's information systems. White hat hackers may also work for "sneakers," red hacker teams, or tiger teams. White hats are often known as hackers who use their skills to benefit society. They may be known as modified black hats or be fully aware of the methods and techniques used by hackers. An ethical hacker is a computer security expert who attacks protected systems and networks to test and measure their security. The white hat uses its skills to improve safety by exposing vulnerabilities against malicious hackers. By doing this, they can find security deficiencies and correct them. Although the methods used are not the same as those used by malicious hackers, ethical hackers can use them against the organization that hired them.

Another type of hacker is Red Hat hackers. They are almost like the white hat, and their job is to prevent black hat hacker attacks. But they have one fundamental difference with an ethical hacker: they do not adhere to any rules and regulations against black hat hackers.

For example, in some cases, if ethical hackers come across a black hat hacker attack, they will report it, but red hat hackers will try to destroy the spell.

These hackers usually have little experience and knowledge about hacking and security and have recently entered the profession called new hackers or green hats.

Some gray hackers are neither black nor white. Gray hat hackers have a combination of black hat and white hat activities. Gray hat hackers often look for vulnerabilities in the system without the owner's permission or notice. If they find problems, they report them to the business owner and sometimes ask a small fee to fix the problem. If the owner does not respond or does not follow them, sometimes hackers put the discovered abuse method on the web to be seen by others. These types of hackers are not inherently destructive. They are just looking for something to add to their discoveries. Gray hat hackers usually do not take advantage of existing vulnerabilities. However, this type of hacking is still considered illegal because the hacker did not obtain permission from the owner before attacking the system.

How do they make money?

They could earn money by doing various activities; some are legal, and some would be illegal. You can see some of these activities below:

Perhaps teaching is the most important and fastest way to make money in hacking and security. Most teens and young adults are interested in hacking and security and are very determined to follow this path, and you can teach the knowledge and experience you have gained to them and get paid for it. For training, you can work in face-to-face schools, or provide an online training course for websites at home, or create and sell a training package on your own.

This is one of the most controversial ways for them to make money. If you are  a good programmer  and hacker, you can write these security tools, sell them on relevant sites, and have your income.

If you want to work in an organization to determine its vulnerabilities, you need to be highly educated in this area because it would not be so simple. But it is worth it to do such a thing. Your salary would be in the range of 30 to 60 dollars per hour, and it depends on your skills.

The exploit is malicious code. In other words, exploit consists of codes that are used to control a software bug, which means that it is easy to hack a program or system that is not highly secure. They can easily earn money by writing these exploits, threatening users, and asking for money.

This way has its difficulties depending on where you want to be hired. You must meet specific requirements, be proficient in certain situations, and meet the needs of the company or individual who wants to hire you.

As you saw, a hacker's salary would be related to their activities. They may make considerable money by hacking critical web pages or servers. They could also work for an organization legally and prefer to have a regular income. But most importantly, we have to mention that being a hacker or just knowing hack ways is so important these days; as you know, technology is growing and being developed every day, and people may need someone who knows hack ways to just secure their accounts and pages.

Click to audit your website SEO
Which app can hack any game in Android?
How do hackers hack Instagram?
What is blind XSS?
How can you stop phishing?
Can you hack into someone’s TikTok?
How secure are mobile wallets?
What causes a man in the middle attack?
What does Cross-Site-Scripting (XSS) mean?

Is hacking server sided games possible?
How to hack Gmail account without password in 2022
Which app can hack any game in Android?
Will removing SIM card stop tracking?
What is antivirus and its types?
Which country has the best hackers in the world? What countries are in the top?
What is the major concern of cloud computing?
Why is malware protection important?
What is the example of cross site scripting?
How to hack a telegram channel member?
What are the four major types of firewalls?
What is the best parental control app?
Scroll to top