In this article you will know what is a rootkit, why it is called rootkit and how does it work. Rootkits usages are important to be known and you will figure the reason out.

You may have heard about rootkits and different types of them, but you might not know their exact meaning. In this article, you will first learn what a rootkit is, and then you will read about how it is used. In addition, you also will become familiar with different kinds of rootkits. 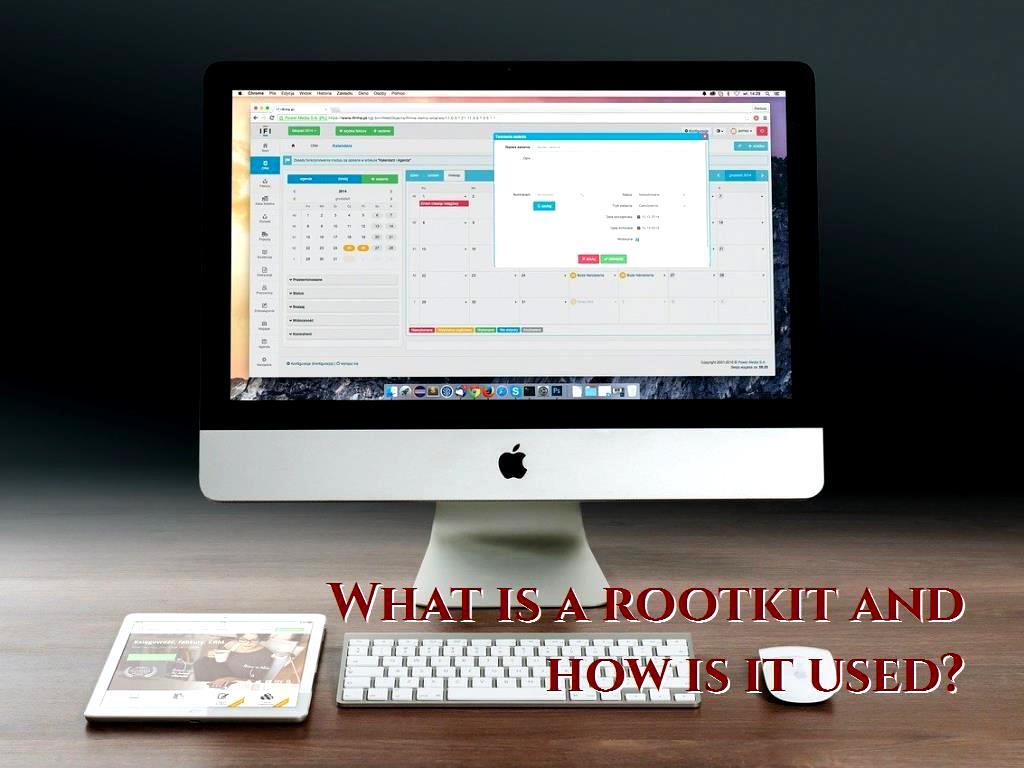 What is a rootkit?

It has been almost 20 years that its have been identified.  Rootkits  are designed to destruct your system by infecting them, and they get help from a various range of activities to do it. Rootkits are designed to get access to your system without getting recognized. And they allow the hacker or attacker to control your system and your computer from a long distance. Rootkits are types of malware that are aimed to infect your system. This malware usually is invisible, and they are hidden deeply in the the victim's system andy use some protocols against security software and anti-Trojans tosurvived. A rootkit might include many different destructive types of equipment such as key loggers, the ability to steal passwords, and bank account information. Also, a robot would be designed for DDOS attacks or make security software deactivate. Rootkits attacks are often started from backdoors to enable their connection to any considered part of a system at any time. Some of the windows-based rootkits are Alureon and Necrus, ZeroAccess, and TDSS.

These are parted into two main groups:

These rootkits change the operating system's file and put their files instead of them like and Netstat files. This type's most common and known rootkits are Tronix and Linux rootkit5.

These change the operating system kernel with their kernel after installation. Kernel for Linux system: Knrakand Adore

The most fundamental difference between these two types is that in traditional rootkits, if admin scans Nmap with their system, they will realize the opened part and will understand that a rootkit is in the system, but with Kernel system, even if the admin scans the system, won't know a rootkit's presence because they are apart from the operating system and are not visible on the system. It is so challenging to detect rootkits, and obviously, there is no proof for 100-percent of their detection. However, there are some ways suggested for detecting rootkits. Rootkits are so similar to backdoors, but what is their difference?

We mentioned that the rootkits and backdoors are so similar. They have a similarity between their structures. Now we are about to say their differences:

• Backdoors could get executed by any user, but rootkits could just be executed with the root user

• Backdoors got deactivated after the system's restart, but rootkits won't get disabled after that.

• To access backdoors, we get connected to them by Telnet, but accessing rootkits and getting their control needs a connection by SSH.

The best protection way against Rootkits would be protecting root users. As mentioned before, rootkits are just able to get installed and controlled by the root user. Now, if we safeguard root users and try to detect any infection and remove them Mr as soon as possible every week, we could prevent rootkits from getting access to our system. What if the hacker or attacker got access and injected into our computer? What should we do?

There is a way: we can use the Echo command because most of them are designed to work by listing Echo commands to focus on directory containments.

Today, different tools are available to analyze apps and systems to clarify if a rootkit or other viruses are accessing our systems, such as Chrootkit. It is worth mentioning that the best thing to do during infection from the rootkit is to remove the main core format and reinstall your operating system.

Detecting by use of signature:

When it comes to the signature, remember antiviruses. There is a database that stores general structures of files and system files that have been infected with the virus. With these patterns and signatures and comparing them with similar designs, you will get notified if your file is infected. Naturally, this method can only be used to identify known rootkits in the system and is not helpful in identifying new rootkits because there is no sign of them. This method uses the term fingerprints or rootkits effects on system files in order to determine the process. A set of sequential bytes in an infected or standard healthy file is compared to a group of sequenced bytes in the Anti-Rootkit signature software, and if it is similar, the file is confirmed to be infected.  Definitely due to the rootkits features, this method can be done on system files. By scanning the Kernel Memory part of the system, today's anti-rootkits tools usually use this method more for detection, and well-known rootkits do not have a good chance of continuing to function after this type of detection.

Whenever it comes to Heuristic or Behavioral by mean of exploratory and behavioral in the discussion of malware, always remember that this type of identification method first examines the everyday activities and routines of the system and a general format of file behavior provided by the system. If a strange behavior change is observed in the design, there is a problem, and the tool starts investigating the reason for the difference. This method is one of the most effective ways to detect malware, especially rootkits that are new to you and have not yet been detected.

Identifying it by checking Integrity

Rootkit detection system based on integrity is the most powerful rootkit detection system, which of course, is better to talk about it as a prevention system than a detection system. In this mechanism, before a system becomes infected with a rootkit, poi using software called SIV stands for Signature Integrity Verifier. After all, the sensitive and essential system files involved with system boot records, and memory, we received a snapshot or rather hash and put them in a database. If the system is infected with a rootkit, it is possible to compare new phones with old hashes taken by SIV, and therefore the infected file can be detected.

The working mechanism in the cross-view rootkit detection technique is that the software first sends its requests to the system files and the operating system Kernel to a series of standard system APIs, and the return requests made by the hooking mechanism rootkit records do manipulation and submits to the APIs for being displayed to the user. Naturally, the return structure is maintained in this technique. Then by using unique algorithms, it is given directly to the place IPI sent the request, and the result is re-recorded. If the impact of the two outputs is not the same, it means the request has been changed by hooking done by a rootkit, and therefore, the system is infected. These requests can be sent and received using system APIs and DLLs through registry keys in much the same way.

Identify it is by Runtime Execution Path Profiling.

Runtime means execution moment, and profil means specifications. In general, in this method, all path specifications and how to execute them are recorded at the moment of execution of processing system files. As soon as the rootkit wants to make changes to the process or file in a part of the path, by comparing the beginning of the executable course and the specifications that have been registered, it will be possible to prevent its activity while the rootkit is also detected. In simple terms, the number of executable commands that refer to a file or system process is recorded in this way. Finally, we can identify the rootkits by comparing the subtraction of these commands.

Now you know what a rootkit exactly is, and you mate understood that they are dangerous and you have to detect them as soon as possible. You also know  how they are used and controlled by the hacker maintaining them and might be far away from you.

Website SEO analysis services
Does Norton have mobile security?
What are the different types of firewalls?
Can DDoS destroy a router?
How to hack your own Linux system?
Can someone hack my phone's camera?
Is iPhone secure from hackers?
How can a website get hacked?
What are the 8 principles of data protection?

What are the 7 layers of security?
How to cheat on Zoom exams?
hacking methods for all iOS Mobile games?
What is antivirus and its types?
What are the negative effects of cybercrime?
Which app can hack any game in Android?
How do databases get hacked?
Is my Google phone secure?
How do Instagram accounts get hacked?
What is the most secure Linux?
How to root and hack an Android tablet or phone ?
How is it possible to protect ourselves from Internet threats?
Scroll to top