Although viruses and trojans have similar functions and are designed to destroy systems, they have differences. To get acquainted with their types and differences between between virus and trojan, you can read this article.

Trojans' viruses and malware are different, and it cannot be said that viruses are the same as trojans. Do not use them instead of each other because they are different from the other. It should be noted that worms,  trojans and viruses are each a malicious programs that can be used to damage computer systems. 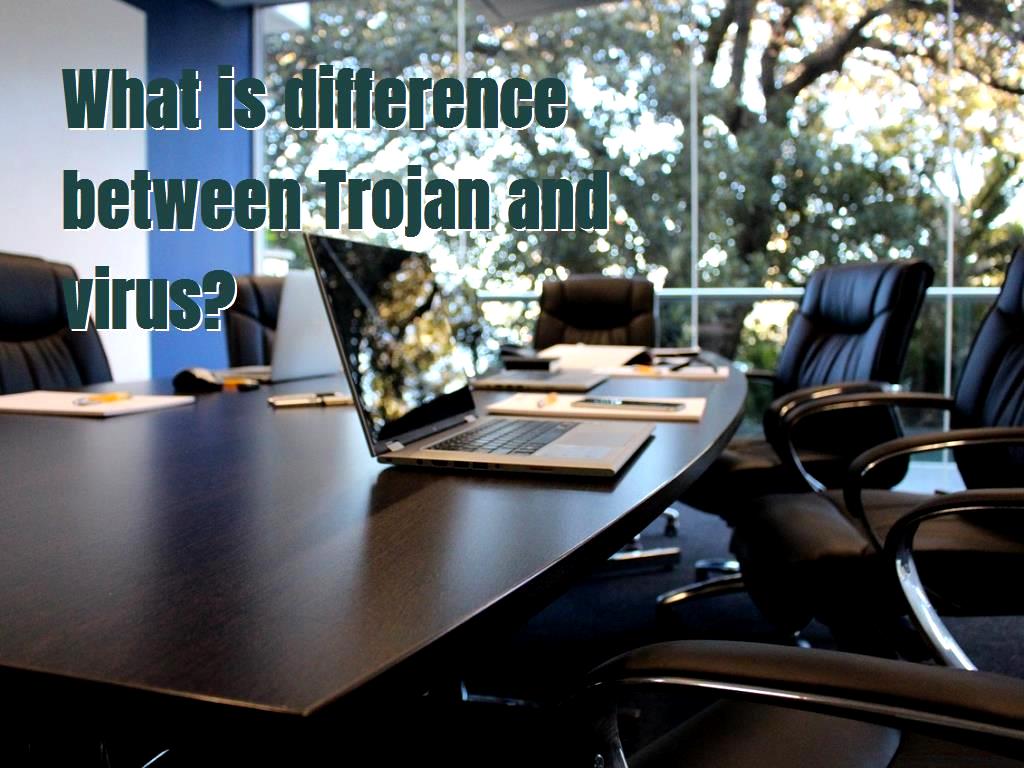 Viruses are types of malware that are malicious and can damage computer systems. Viruses work by copying themselves and sending it from one system to another until they multiply. Viruses are reproducible and can be easily propagated and reproduced. Viruses can be transmitted from one computer to another by providing a copy. The effects of the presence of viruses in the system can be in the form of harassment, data destruction, or destruction and damage to the software itself that the software cannot provide service. Of course, it is also worth noting that the effects and side effects of viruses also vary according to their different types, and some of them may cause the failure of the entire software and system. But some of them may cause the software to be disabled and not serviced.

The performance of viruses in systems is linked to a file. In this case, viruses are spread and start their activities when the user has opened or executed the original file related to viruses. This is where the viruses begin to work. Viruses can be transmitted from one system to another with a file or software attached to them, infecting another system and replicating in that system.

Viruses in systems are like viruses in humans. In this case, it can be transferred from one system to another, and after the transfer, it multiplies in the system and increases its size. Usually, viruses are spread through files and start working by running those files. The extension of this type of Files is often .exe. Of course, it should be noted that in addition to files with .exe extension, other different types of files and extensions can also be infected with the virus, Such as Word or Excel files. In this case, when the file is transferred from one system to another, the virus is transferred to another plan. Even viruses can be transmitted to other systems via hard disks and flash drives.

W32.Sfc! mod, ABAP.Rivas. An accept.3773 are the most dangerous types of viruses.

Trojans are also a type of malware named after a large horse. The Trojan horse was a large jockey horse that in the war between the Greeks and the Trojans, the Greeks built a large jockey horse to deceive the Trojans and their enemies so that the soldiers could sit inside and give the horse as a gift to their enemy for peace. . But the soldiers inside the big horse defeated the enemy, and that is why they got the name of malware from Trojan horse because trojans are also malware that is useful for the system. But after installing it on the user's system, it will cause damage to the system. It can be said that Trojans work in such a way that they deceive the user and are seen as developed application software to persuade the user ( in German:  entwickelte Anwendungssoftware, um den Benutzer zu überzeugen  )to install it on their system. After installation, it will start its malicious activities subconsciously.

Trojans will annoy the user after installation on the user's system. In this case, it will suddenly show some additional windows to the user. Or sometimes, they will change the user's desktop. Some will delete files. Others will steal. They can even be transferred to other systems in this way.

Trojans can even create hidden doors to allow some hackers and intruders to access the system. The difference between worms, viruses, and trojans is that viruses and worms can multiply and multiply, but trojans cannot reproduce. They can only be transferred from one system to another through files, malicious links, emails, etc.

A trojan is also spyware or malware that can create hidden communication channels for hackers to access the system. It is worth mentioning that malware or spyware can be key loggers and know all your personal information, such as username, password, bank information, etc., by pressing buttons and sending it to the program's author. That is why it is recommended to use touch keyboards instead of button keyboards because push-button keyboards have a specific vibration when I press each button, which can determine which of the controls have been pressed.

Antiviruses cannot detect the presence of trojan viruses, but  viruses can be easily detected using special security software  and can be easily eliminated by using them. But using a powerful antivirus and firewall can prevent the system from getting trojans. In addition, it is better not to click on suspicious links and anonymous emails to avoid trojans.

A dangerous example of Trojans is JS.Debski.Trojan. 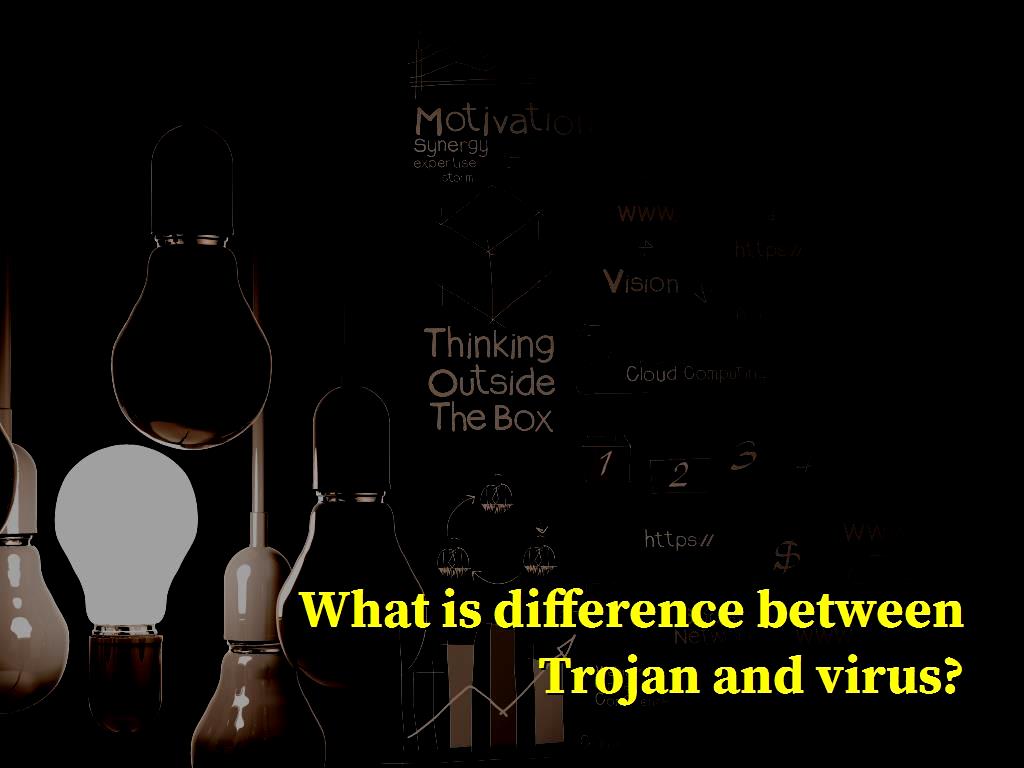 Worms also function like viruses and can multiply like them, destroying the activity and function of the system. But the difference between worms and viruses is that worms, like viruses, do not need any files to reproduce and are independent software. It should be noted that worms do not even need manpower to produce and can quickly replicate without files and manpower.

The method by which worms reproduce and disperse is social engineering and deception. In this way, worms are more intelligent and more independent than viruses. To replicate without files and manpower, they can be easily dispersed and copied by deceiving the user.  Worms exploit the vulnerabilities of systems and infiltrate systems. Once logged in, they can be subtly scattered and duplicated through data and file transfers. Worms use the network and can quickly multiply and increase their number in different types of systems by transferring data and files. So, we knew that worms do not need to open or run the file to reproduce and enter the system through vulnerabilities and vulnerabilities. After logging in, they can quickly increase their number via network and data transfer and file.

Another difference between viruses and worms is that worms do not attach themselves to a piece of software and become dependent on it. Rather, the worms themselves can act as standalone software and, in addition, cling to network bandwidth, causing damage to the network.  Mydoom is also a type of worm that transfers copies of itself to all emails in the system. In addition, there are worms called Blaster and Sasser, which send emails to systems that do not have a firewall, and in those systems provide their copies. SQL Blaster was another of the most notorious and malicious worms that slowed down the Internet for a while, and another was Code Red, which destroyed 359,000 sites on the Internet.

With the spread of worms in the network, the network's traffic load will be very heavy and will reduce the loading speed of the network.

This article talked about the differences between viruses, worms, and trojans. Trojans cannot be spread and enter the system through spam links and suspicious emails. They are useful and practical in appearance, but after installation, they cause damage to the system.

Worms can also be replicated by providing a copy of themselves and transferred from one system to another. In this case, the worms can be independent software and do not need any files to reproduce.

Viruses need to run and run a file to spread and transmit through files to other systems.

Click to analyze your wesbite SEO
Can online banking be hacked?
What is data protection, and why is it important?
How do hackers make income?
Is DOM XSS persistent?
Why is python the programming language popular with hackers?
The 10 Data Security Measures you must take for your business.
How can I prevent my laptop from being damaged?
What are the ten forms of cyber security?

Is hacking server sided games possible?
Should I use WPA2 or WPA3?
Can you hack into someone’s TikTok?
Which app can hack any game in Android?
Easy way to hack Instagram account without password
What are the negative effects of cybercrime?
How do you stop warzone hackers?
How can I clean my phone from viruses?
What are the top 5 cyber attacks?
Why is it difficult to prevent a DoS attack?
The ways to protect yourself from these malwares
Can someone hack LinkedIn account?
Scroll to top