There are several different antivirus programs for different operating systems and Windows, and in this article we are going to introduce the best antivirus for Windows 10.

Microsoft develops windows  and makes it available to various users so that they can work with their computer through it, and Windows 10 is one of the most secure windows available to date. It was first released in July 2015, which various users still use. Still, in general, if you use any Windows with any level of security, it is necessary to use  a powerful antivirus  to deal with possible threats. In this article, we will refer to the  best antivirus software programs available for Windows 10. 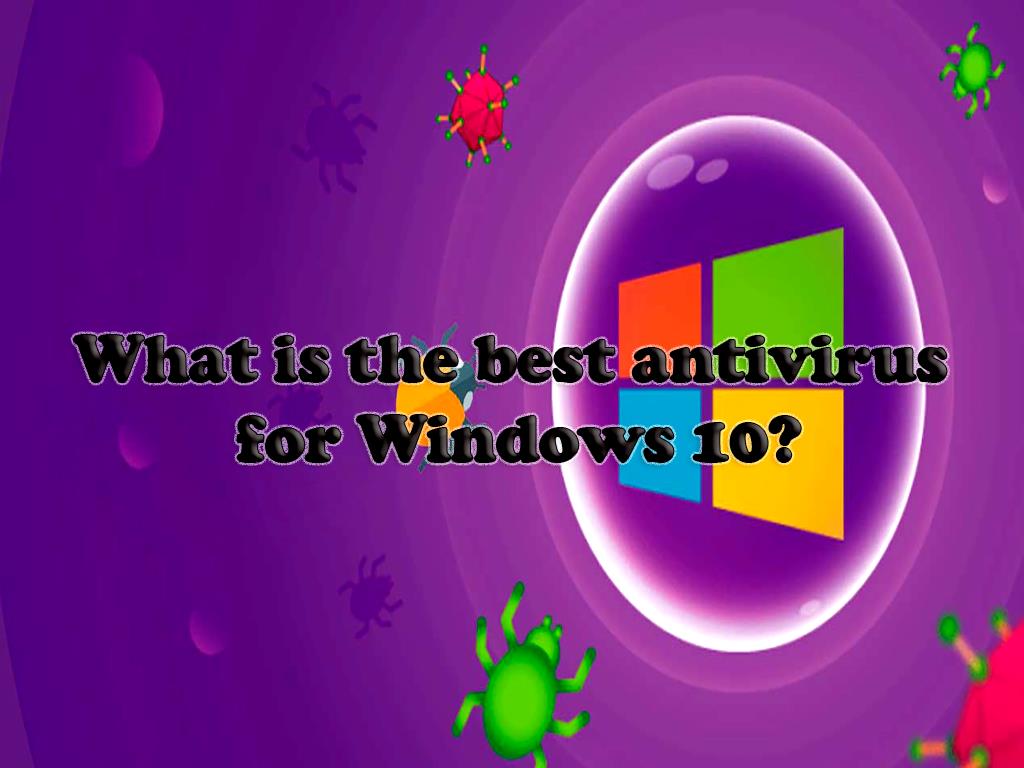 There are many questions in the users' minds, including the important question: Is there still a need to use antivirus despite the high level of Windows 10 security? The answer to this question is definitely yes, because despite the  high level of security of this operating system, you still need to use a powerful anti, and you should also try to choose the right one for your systems according to different factors which we have mentioned in our previous articles.

All users are trying different ways to increase the security of their system and protect their information against being stolen by profiteers, which is why there are many questions about security issues, and it should be considered one of the most important concerns. As a result, we have tried to answer your questions about the field of security to a large extent. The best  software programs  available for Windows 10 can defend your system with great ability against viruses and various threats. Most of them contain a two-way firewall and other features that can protect your system against phishing attacks, malicious websites, and so on.

This software program  can protect your system against various virus threats, worms, malware, etc. There are various software programs in the market, some of which are paid and some are free. Finally, you should choose a version according to the purpose of using this. You should also pay attention to the fact that it is necessary to update the installed antivirus. You should never forget this process because new versions are modified. As a result, they can be more useful for you.  Antivirus software programs  that have many features are usually paid. Users have to pay money to use their features such as VPN with unlimited data, parental controls, etc., and, as we have mentioned earlier, it is up to you whether you prefer to choose the free version or paid antivirus, which depends on the purpose of the user or organization.

What is the best of this for Windows 10?

There are many  antivirus software programs  for Windows 10, some of which we will review below.

One of the best antivirus software programs used in Windows 10 is Bitdefender Antivirus Plus, which has many features that can  protect your system, and it can cover up to 10 devices. This antivirus has been tested in various laboratories, and excellent results have been reported to date. The only downside observed in several experiments was the wrong detection of malware seen in only a few cases.

To date, this antivirus has also received awards such as the Outstanding Product Award from AV-Comparatives, which is one of the reasons why we can consider this antivirus as a great choice for Windows 10, as you know, nowadays, users do a lot of tasks through their computer systems, so they store a lot of information on them, one of these tasks is banking. As a result, you should do your best to choose a good antivirus to  increase your system security. With its Safepay feature, this antivirus can help you do sensitive tasks such as online banking. This antivirus has attracted a lot of users to date because various users can use it, from beginners to professionals, and its capabilities will be added with each update.

Another best antivirus that can be used for Windows ten is BullGuard Antivirus, which can only cover one device, this antivirus is also relatively well priced, and it can  provide you with a high level of system security, it should be noted that some independent testing labs did not rate this antivirus, which is why fewer users prefer it, but it is still a good option and can protect various systems with great power, this antivirus can be especially suitable for people who are interested in gaming and helps a lot to run games faster, it can also provide you with other features, including filtering malicious URLs, etc., as we mentioned earlier, many independent labs did not rank this antivirus, but it was able to get a high rating in the AV-Test evaluations, despite all this, this antivirus has a BullGuard Premium Protection suite that can provide better protection against a variety of threats and can cover up to 15 devices.

This antivirus can cover one device and  protect your system against all kinds of viruses. Also, this has features for filtering malicious URLs, all of which can increase systems' security. Another positive point that can be said about this is its ease of use that makes it possible for even beginner users to use it easily. One of the goals of this program is to enable beginner users to use this antivirus as easily as possible without the need for any change. It should be noted that although this can be a good option for novice users of Windows ten, the users who want to use antivirus programs professionally may be less interested in using this. This can also protect your computer from undetected ransomware that may compromise your computer. Its Trend Micro Maximum Security suite has more features and can cover up to 10 devices and also adds a security file and password management.

This is also one of the  great antivirus software programs that you can use for Windows ten, this can cover up to 5 devices, and you need to pay a very reasonable price to use it. This can defend your system against various types of ransomware with great power, and it is also very easy to work with. The results of testing this performance from various laboratories show that this can perform very well and can form a strong defense against viruses. It can also be a great option for Windows ten users and ultimately can protect your information and your system against a variety of threats.

Another which is suitable for Windows 10 is  Avast Premium Security, which can cover up to 10 devices, it has a higher price compared to some others, so in the end, it is up to you to decide whether you intend to use this or not, it gives the users the opportunity of requesting for a scan of various viruses if needed, Avast Ultimate is one of the products of this company. It can protect your system with more power. 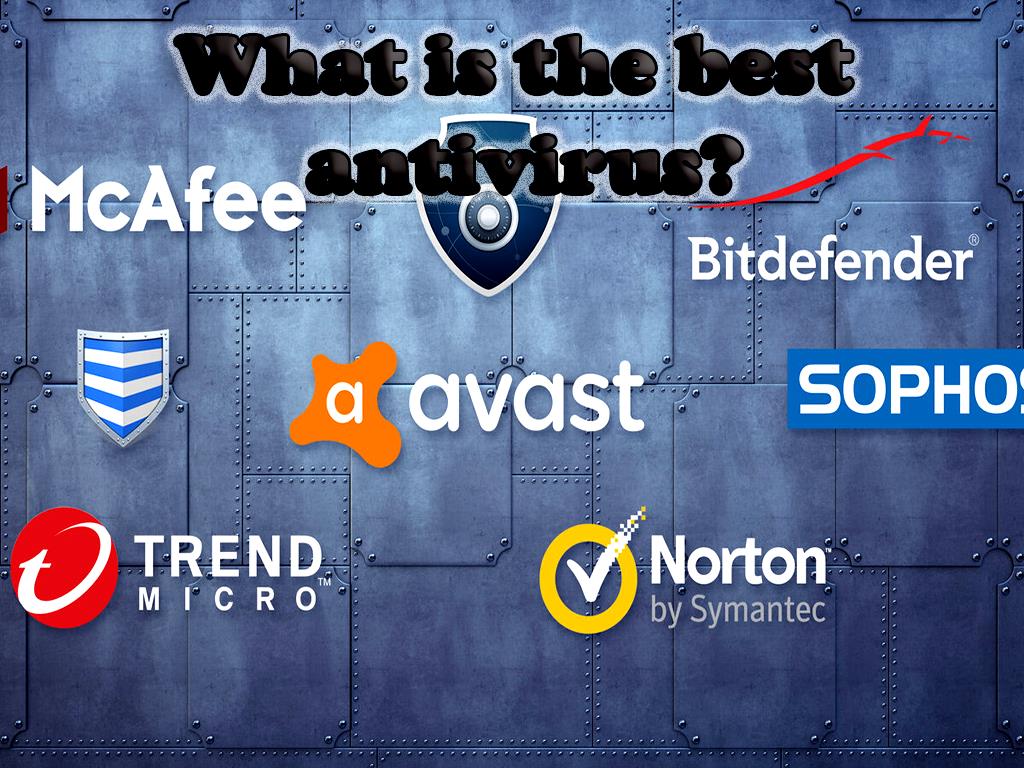 In general,  Windows ten has a high level of security. However, it is still necessary to use a powerful antivirus to  increase the system's security and information. In this article, we have mentioned some powerful this that you can choose one of them to increase Windows ten safety, which you should try to choose the best one according to your goal and budget, we hope these mentioned antivirus software programs can meet your needs, and you can use them to maximize the security of your system. As a result, you should not ignore the importance of using strong antivirus despite the high level of Windows 10 security. If you pay attention to the pros and cons of each of them, which we have explained above, you can make the best choice.

Click to audit your website SEO
How can I protect my children on the Internet?
Is Windows Defender good enough for 2021?
Can iPhones get hacked from websites?
Which VPN do hackers use?
What are phishing examples?
What is the best parental control app?
What are the ways to deal with phishing?
Is it possible to hack online games in Android with a cheat engine?

What is antivirus and its types?
How to hack Xbox?
Which country has the best hackers in the world? What countries are in the top?
Should I use WPA2 or WPA3?
Is hacking server sided games possible?
What are the types of security?What is the main and important type of security?
What is the most secure Linux?
Does Windows 10 have a built-in antivirus?
What are the consequences of a data breach to an organization?
How do hackers hack WhatsApp account?
What are the negative effects of cybercrime?
Who needs a firewall?
Scroll to top