You will figure out the differences between WPA-PSK TKIP and WPA2-PSK AES by reading this article which is provided by DotNek group. You also will see what does each type mean individually.

In this article, we will review and compare the  two cryptographic algorithms AES and TKIP. When you use an insecure communication platform such as wireless networks, it is important to discuss the protection of the information transmitted over that network. In this article, we will talk about the two protocols AES and TKIP, which are much more used in wireless equipment for security.

Encryption is the most important factor for  establishing security in wireless  or wireless communications. Today, most WiFi devices can use protocols such as WPA and WPA2 to secure communications. Suppose you have opened the management console of one of these devices. In that case, you must have seen that there are various options for working with WPA and WPA2, including AES or Advanced Encryption Standard or TKIP, which stands for Temporal Key Integrity Protocol. 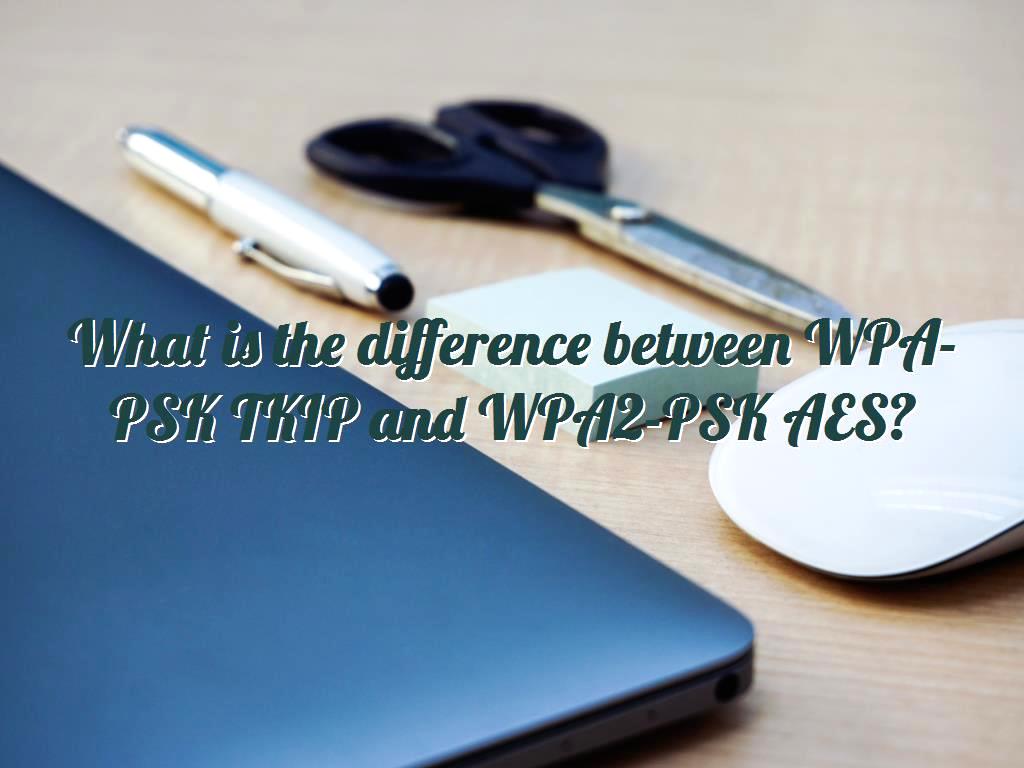 Open WiFi networks do not have any passwords on them. Of course, you should never leave your WiFi network open.

An older WEP protocol standard is vulnerable and should not be used.

This one is as same as the previous one, except that the size of the encrypted key is larger. However, it is not different in terms of security and is highly vulnerable and not recommended.

This method uses the original version of the  WPA protocol  (known as WPA1). This method was not secure and was replaced by WPA2.

This method uses the modern WPA2 protocol along with the old TKIP encryption. This method is not secure and is only recommended if you have an older device that cannot connect to a WPA2-PSK (AES) network.

This is the safest option possible. This method uses WPA2, the latest WiFi encryption standard, and the latest AES encryption protocol. You must use this option. WPA2 or WPA2-PSK options appear on some devices. If you select the WPA2 option, the AES method will be used automatically, definitely a wiser method.

Some devices suggest this method and use this combination method by default. This option enables both WPA and WPA2 methods and TKIP and AES encryption methods. This option allows the oldest possible devices to access your router but at the same time allows hackers to take advantage of WPA and TKIP vulnerabilities to infiltrate your network.

What is AES or Advanced Encryption Standard?

AES, which stands for  Advanced Encryption Standard, is a part of Symmetric encryption algorithms. AES was first introduced in 2001 by NIST (National Institute of Standards and Technology). Just one year after introducing the AES by NIST, the United States government adopted this standard as a government standard. Of course, at the beginning of the introduction of this algorithm, the name they chose for it was Rijndael, which was taken from the names of its German creators, Joan Deamen and Vincent Rijmen. The NSA, the US National Security Agency, initially referred to the AES as a top-secret project. The AES later became the first protocol recommended by the US National Security Agency for public use. The standard used in AES uses three cryptographic blocks in the form of AES-128, AES-192, and AES-256.

This standard is one of the most widely used symmetric cryptographic standards today. AES was designed and introduced to solve problems and update another symmetric encryption protocol called DES or  Data Encryption Standard. AES as a very secure standard encryption protocol is now approved. As usual, there have been many attacks to break the keys of this protocol, some of which have been successful, but attacks that could threaten the algorithm of this protocol have not yet been prevented, and most attacks have been successful. The algorithm was one of the side-channel types, which had little effect. Due to the security and reliability of AES, the US National Security Agency continues to use this protocol to classify confidential and classified information. However, this issue was announced by the NSA in 2003, and since then, there has been no substantiated report about it.

What is Temporal Key Integrity Protocol?

TKIP stands for Temporal Key Integrity Protocol and is a security protocol for wireless communications.  The TKIP protocol  is designed and implemented to replace the WEP protocol on networks that work with the IEEE 802.11 wireless standard, especially with the IEEE 802.11i standard. Today you can use TKIP on most devices and use wireless equipment that supports WEP. WEP was a protocol that was very weak in terms of security and is still used today due to the use of old equipment, WEP due to the weakness of its design algorithm, it can be broken and cracked in less than 5 minutes. TKIP was designed to be used in conjunction with another standard protocol called WPA2 to avoid further involvement of the WEP protocol.

To replace WEP, TKIP uses a mechanism called key mixing in its algorithm, in which secret root keys and IVs are combined, and the weaknesses found in WEP and The issue of IVs has been resolved. The TKIP protocol also uses the Sequence Counter mechanism to prevent replay attacks, which reject all requests without priority. TKIP also uses 64-bit MICs to prevent the acceptance of fake packets. MIC stands for Message Integrity Check. TKIP has to use the RC4 hashing algorithm because it has to work with older devices that support the WEP protocol, and because WEP works based on RC4, TKIP also follows this rule. With these interpretations, you realize that TKIP prevents many attacks on the WEP protocol and is resistant to such attacks. However, the protocol still has weaknesses and vulnerabilities that make it vulnerable to attack. Beck-Tews and Ohigashi-Morri are among the attacks on TKIP.

TKIP and AES are two different encryption methods that can be used by a WiFi network. TKIP is an older encryption protocol introduced by WPA to replace highly secure WEP network encryption. TKIP is almost identical to WEP encryption. TKIP has no longer considered safe. In other words, you should not use this method of encryption anymore. AES is a much more secure encryption protocol introduced with WPA2. AES is no longer a weak cryptographic standard designed for WiFi networks. This cryptographic protocol is a very serious cryptographic standard that has even been approved and used by the United States government. For example, when you encrypt a hard drive, your encryption software may use the AES protocol to do it. AES is completely secure, and its main weakness is against brute-force attacks (which can be prevented with strong passwords) and security vulnerabilities in other parts of WPA2. In summary, TKIP is an older encryption method used by the WPA standard. AES is a newer WiFi encryption solution used by the newer and more secure WPA2 standard. Depending on your router, simply choosing WPA2 does not mean a better choice. While WPA2 uses AES as the default security method, it also uses TKIP to use older devices that do not support AES. In such cases, devices that support WPA2 connection to WPA2 and devices that support WPA connection to WPA; So WPA2 does not always mean WPA2-AES. However, on devices that do not have the visible option TKIP or AES, it means that they use WPA2-AES.

It is interesting to know that PSK stands for pre-shared key, which basically refers to the password encryption of the user. It differs from WPA-Enterprise in using a radius server to obtain unique keys on the corporate WiFi network of corporations or government agencies.

WPA and TKIP are compatible options that also reduce your WiFi speed. Many modern WiFi routers that support the newer, faster 802.11n standard will reduce your WiFi speed to 54 Mbps if you enable WPA or TKIP. They do this to ensure compatibility with older devices. By comparison, even 802.11n supports speeds of up to 300 Mbps if you use WPA2 and AES. 802.11ac gives you the highest speed of 3.46 Gbps, which is the best possible condition.

Most routers have WEP, WPA (TKIP) and WPA2 (AES) options, and possibly a combination of WPA (TKIP) + WPA2 (AES) compatible. If you are about to choose WPA2 with 2 AES and TKIP protocols, AES is definitely the right choice. The vast majority of today's devices are capable of working with the WPA2 network standard (AES).

Website SEO analysis services
What is broken authentication?
What is the example of cross site scripting?
What are the top 10 cyber attacks?
Why is Linux best for security?
Top 8 Best Degrees For a Career in Cybersecurity
Can I become an ethical hacker?
Why do hackers target social media?
Can anyone hack my bank account with my account number and routing number?